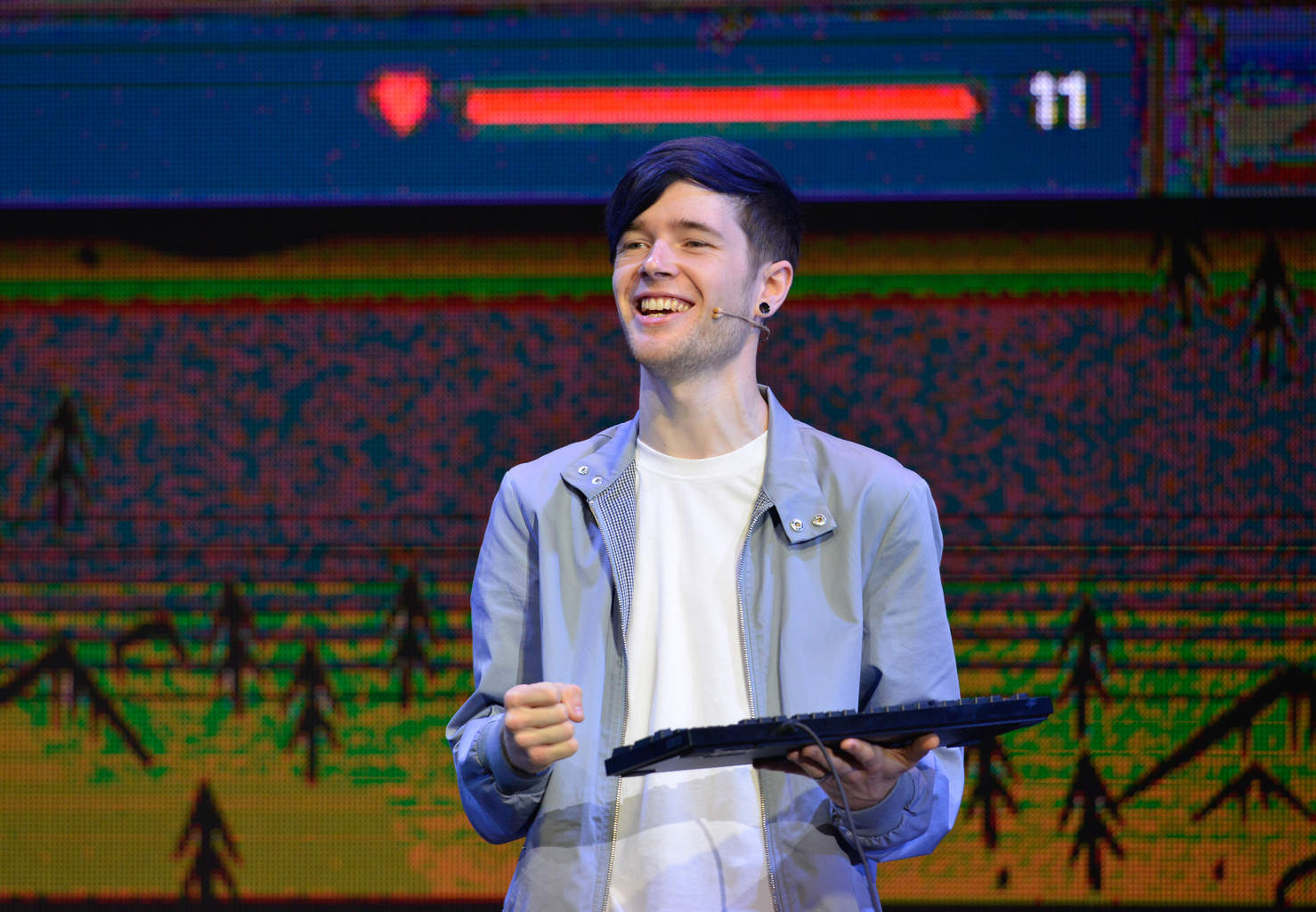 As soon as my girls heard that DanTDM (The Diamond Minecart) was going on tour around the country they begged me to get tickets. The tickets to the first leg of the tour went on sale on 22nd April and all 8 shows sold out in less than 24 hours. Dan has since released another 16 shows which again sold extremely well with only a handful of tickets still available. On Saturday we drove all the way to Brighton to watch the show on its opening night. 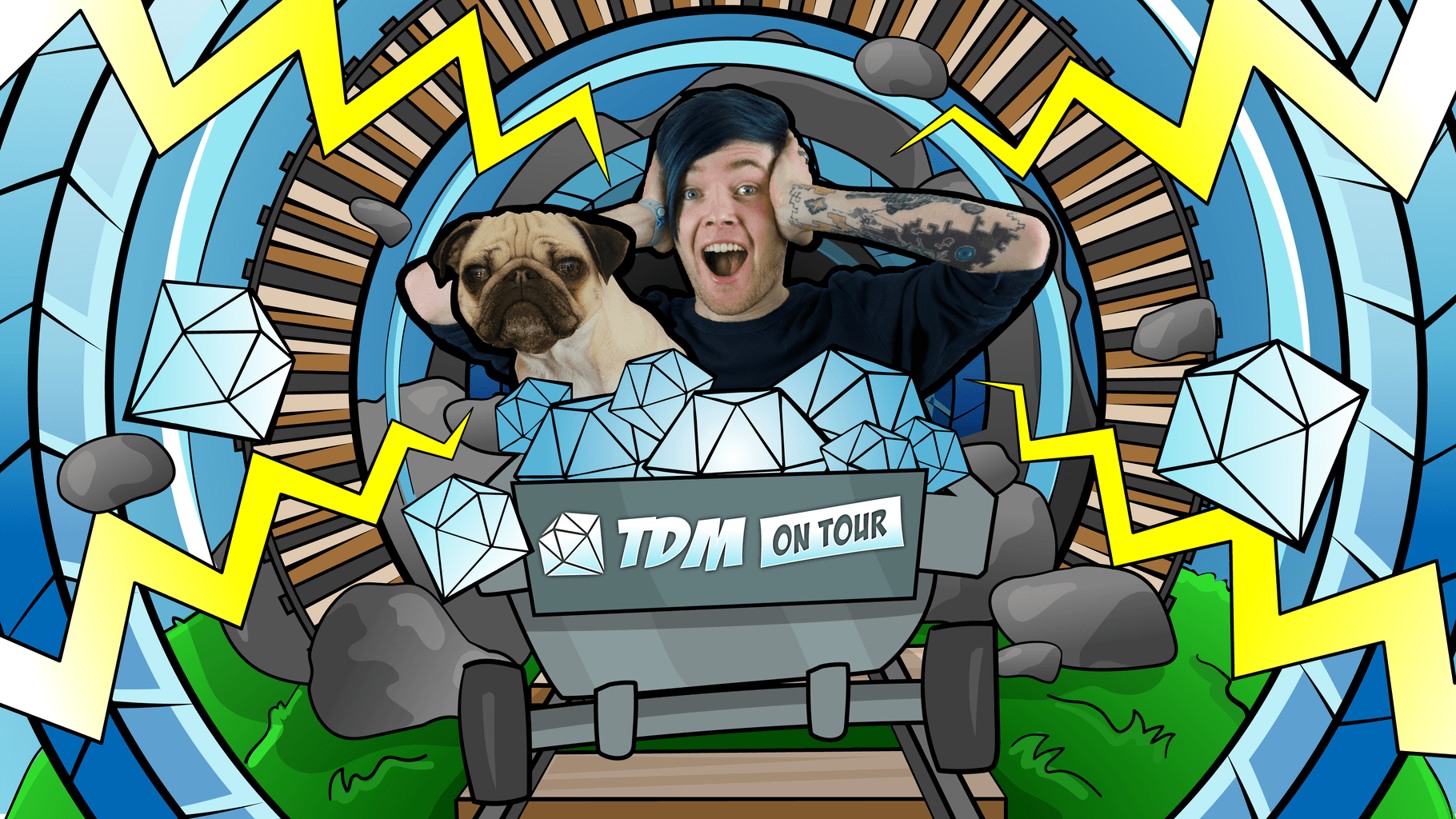 When it came to the actual show we were not sure what to expect, I mean how does a Youtuber go from screen to stage?

The show was a great combination between getting to know Dan a bit more, some great audience participation games and a fun storyline. I obviously don’t want to give away too much as it will spoil the surprise for those who are still to attend but the show features Dan, his friend Eve, Dr Treyaurus, Craig the mailman and Dan’s pugs Ellie and Darcie. Dr Treyaurus accidentally creates an Evil DanTDM who dognaps Ellie and Darcie and for Dan to get his pugs back he needs to complete a series of challenges. 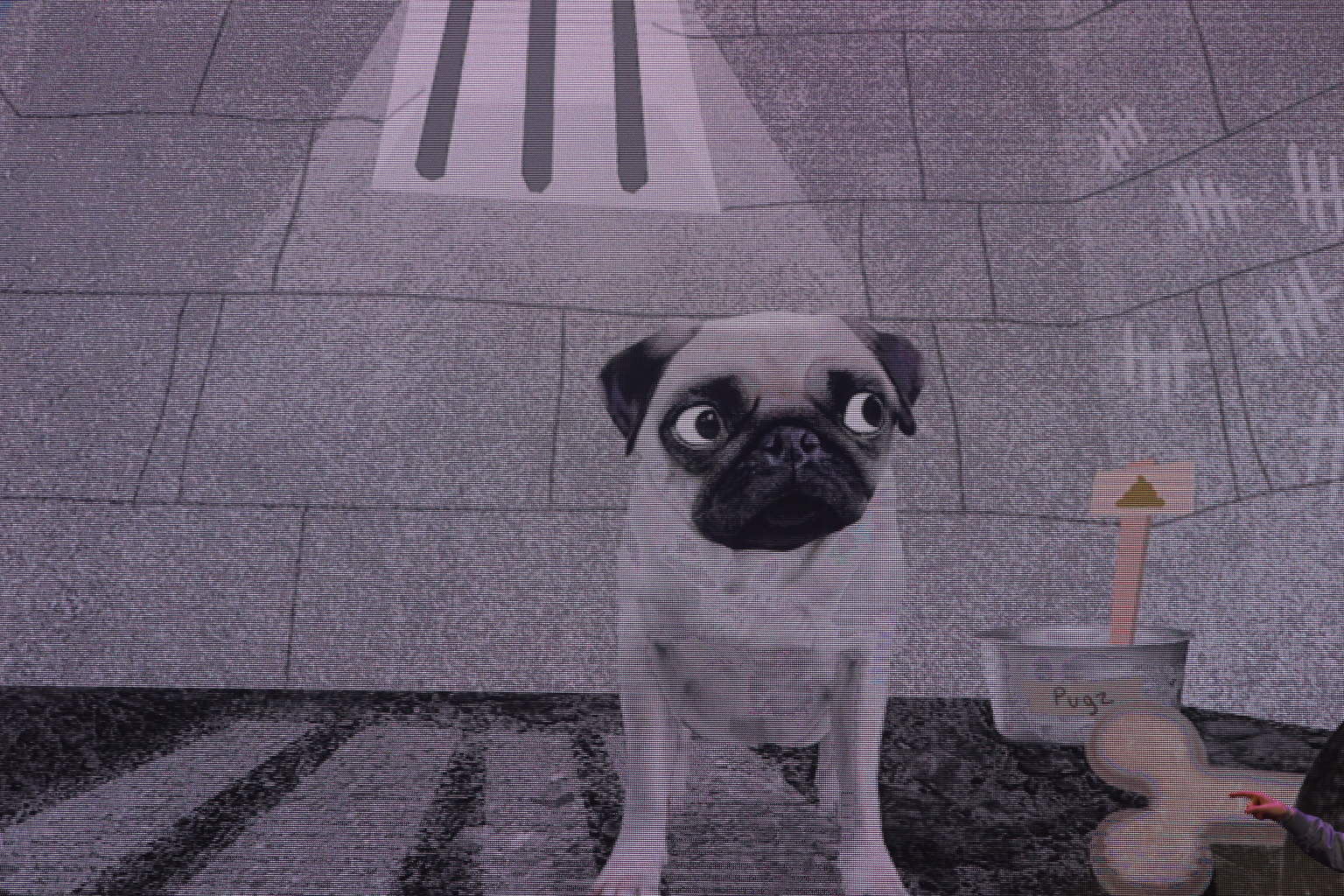 The show uses a large screen which is used to help the story progress and for lots of mini games. There is a large amount of audience participation with audience members being able to go on to the stage to help play some of the games as well as group participation by the whole audience. 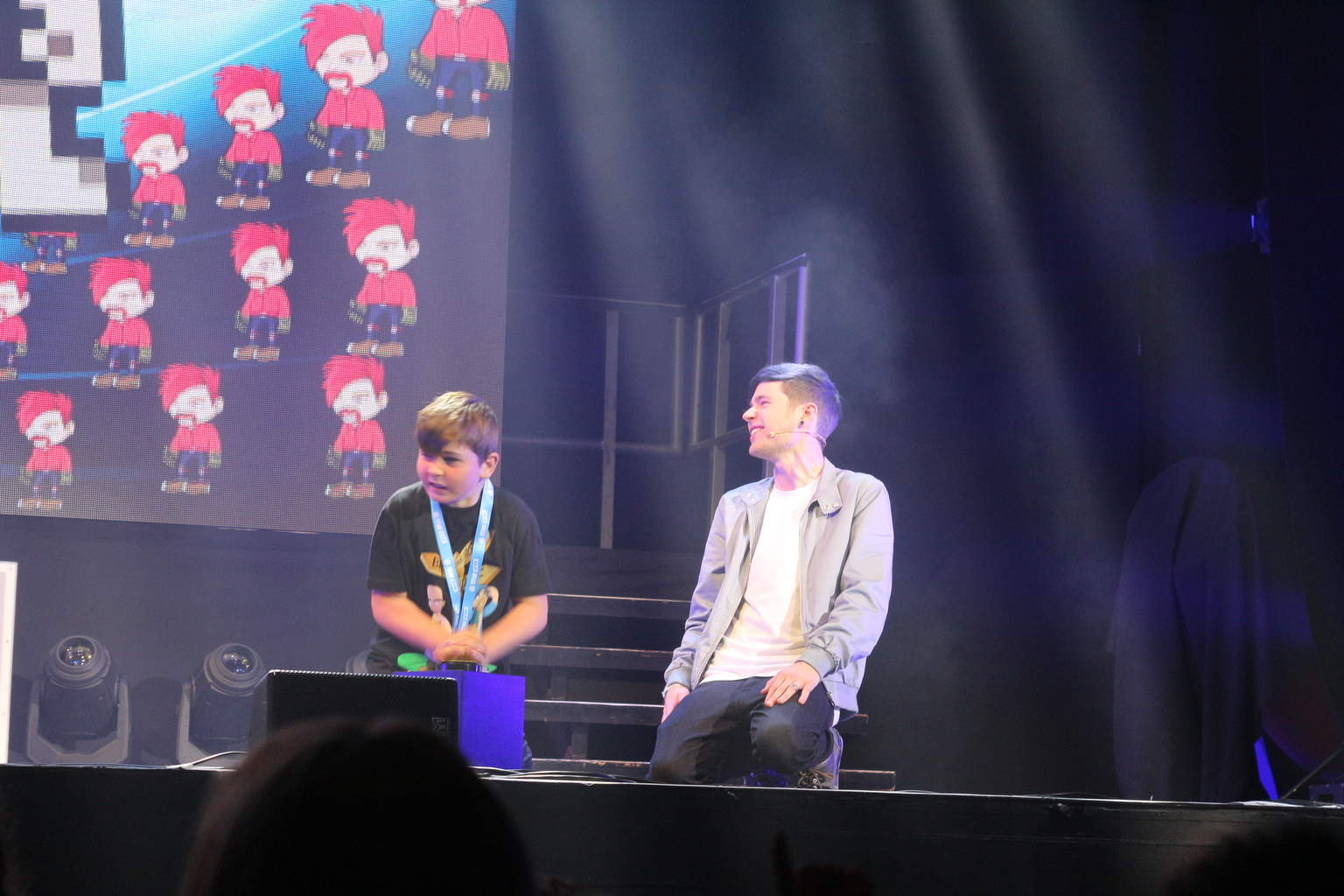 As well as all the games and audience participation there is also an element of teaching which is great for us parents and the kids don’t even realise they are learning anything. Dan also mentions things like putting down technology and seeing the world around you which I think is a great thing for him to be saying to these kids, although whether they were listening and will act on it remains to be seen. 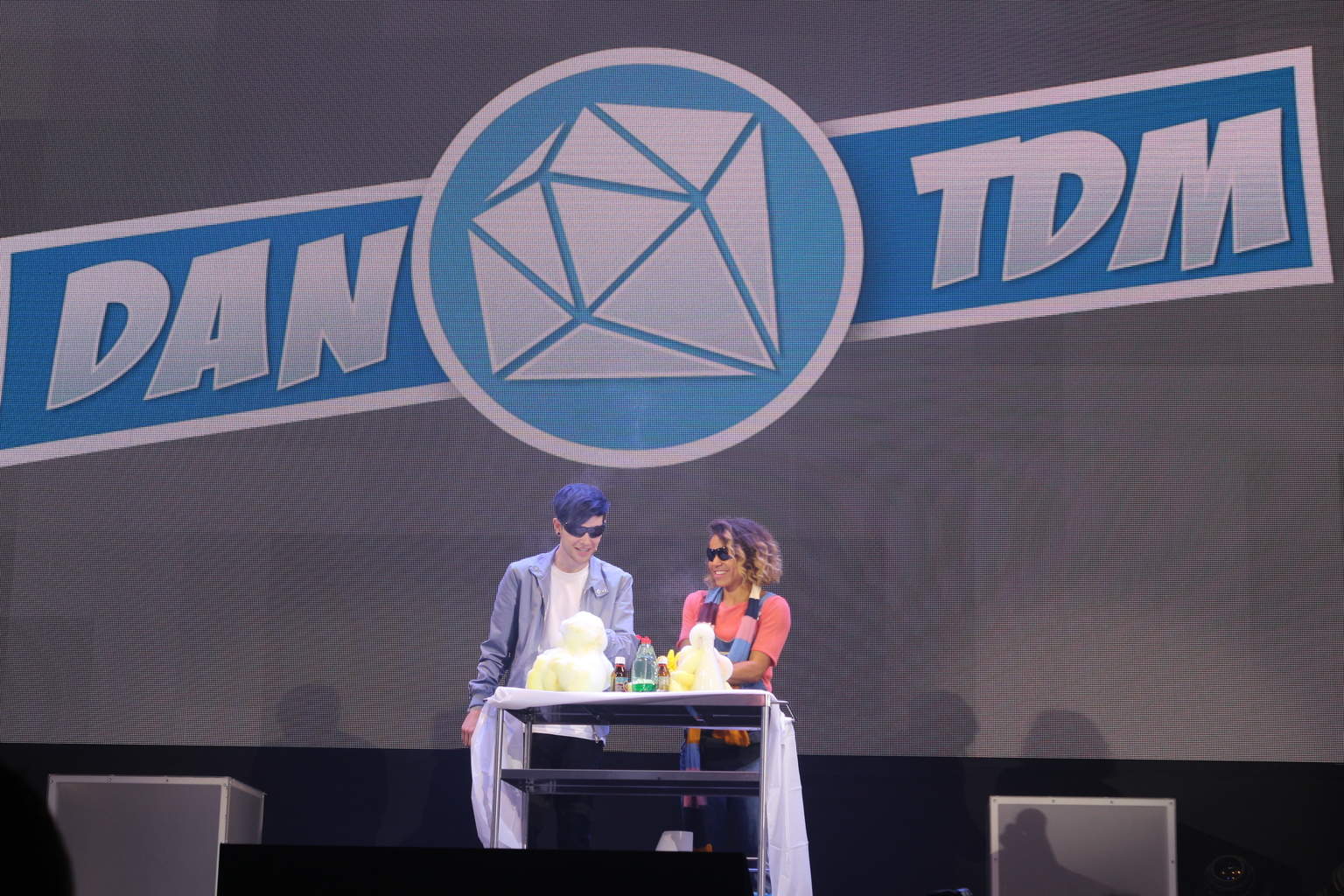 From science experiments to learning to code, the show was captivating from start to finish with some awful pug jokes thrown in for good measure.

Now obviously Dan is not used to being scripted but I think he did extremely well and will only get better as the tour progresses. I can not imagine how nervous he must have been to perform in front of a whole theatre full of people when he is normally sat in his office at home performing to just a camera. He captivated the audience old and young and had them shouting, jumping up and down and totally enthralled watching him on his adventures to save his pugs. 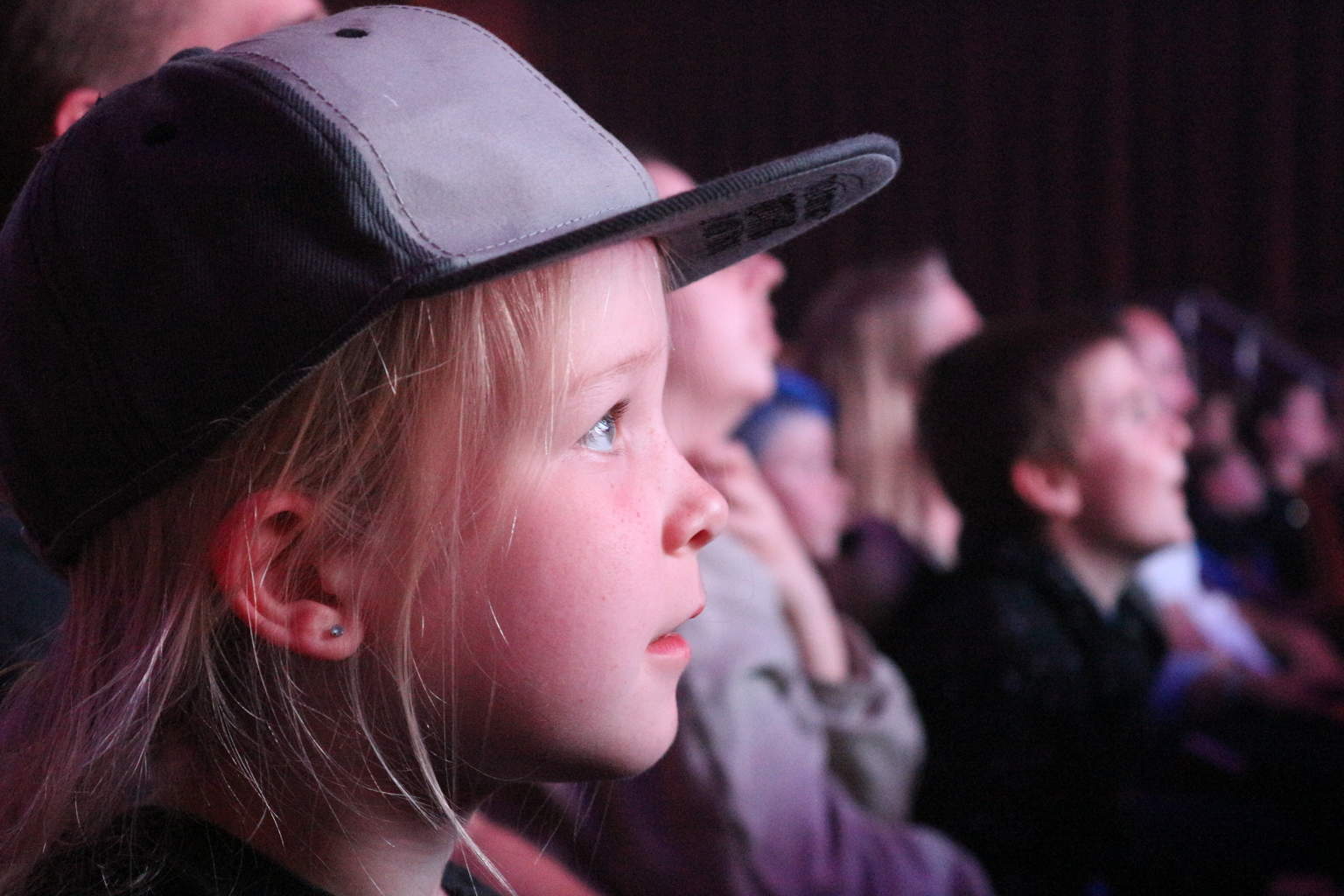 If you want to find out more about the DanTDM tour visit http://www.dantdmtour.com/ or subscribe to his channel https://www.youtube.com/user/TheDiamondMinecart

3 thoughts on “DanTDM The Tour – Did it live up to our expectations?”