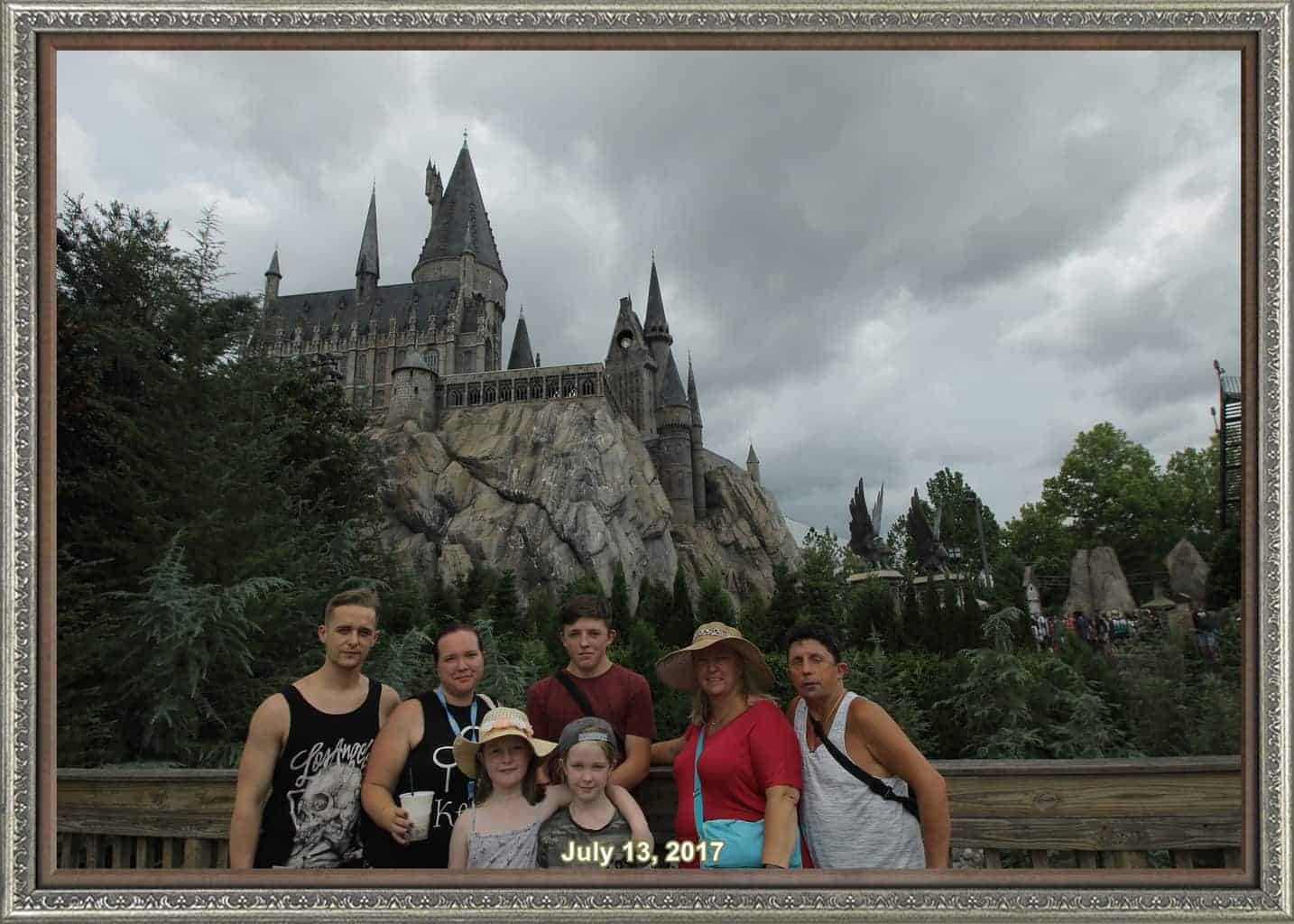 When we were planning our trip to Florida and we realised that we had just one day to explore both of the Universal Orlando parks we started to panic. We loved visiting the parks in 2015 and the idea of trying to squeeze all of that magic into one day seemed impossible. We finally decided that we all needed Universal Express passes. We actually purchased Universal Express Unlimited passes which gave us unlimited access to the rides without having to stand in the regular queues. With two parks full of amazing rides plus lots of other attractions to explore we needed to save as much time as we could. 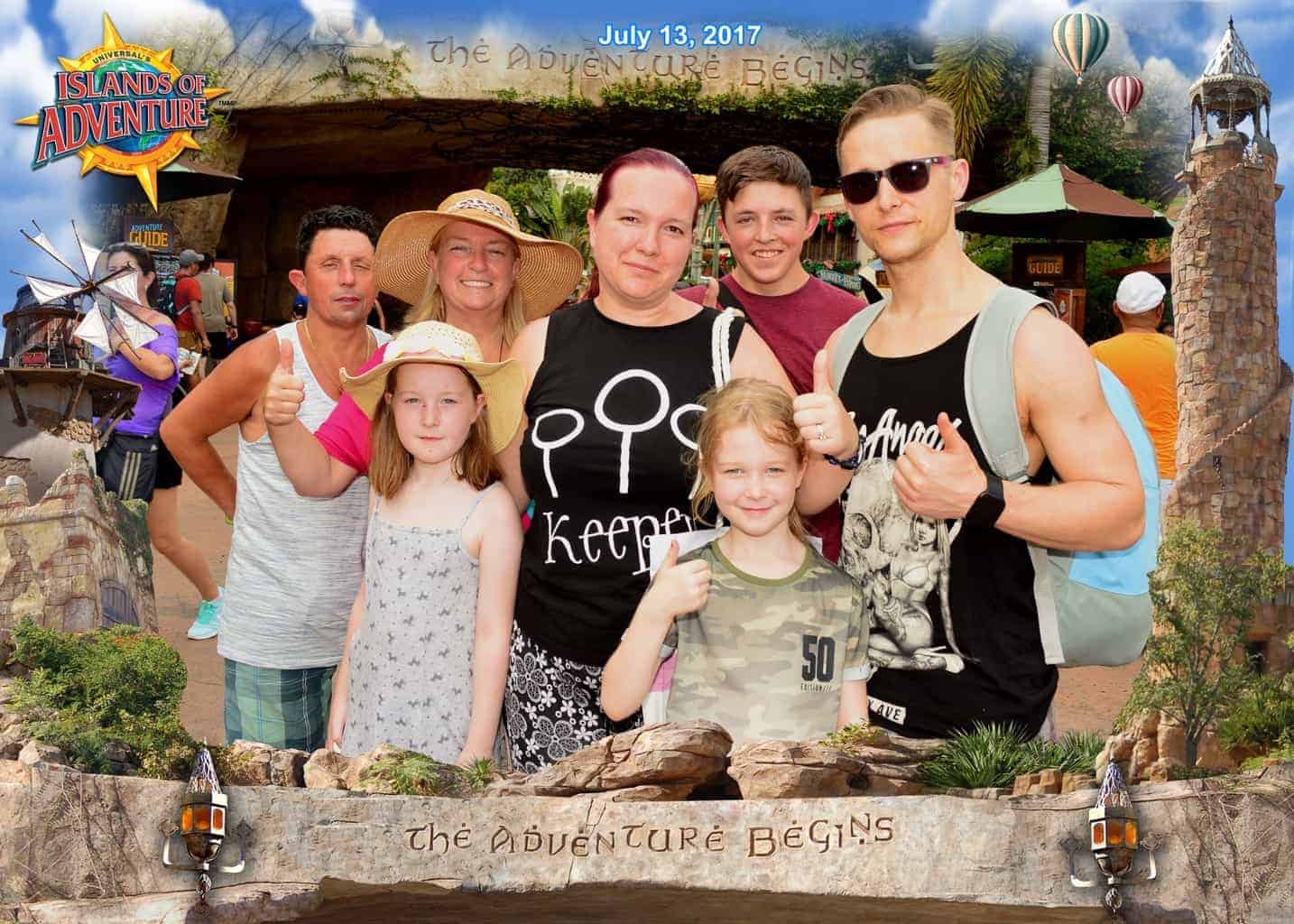 Now when we bought these they were advertised as not including our two favourite rides, the escape from Gringotts and Harry Potter and the Forbidden Journey but we were very pleased to hear that Express queues had been added to these attractions just the week before we were there. Although both of these Express queues were still around 15 minutes long it saves us hours of queuing. 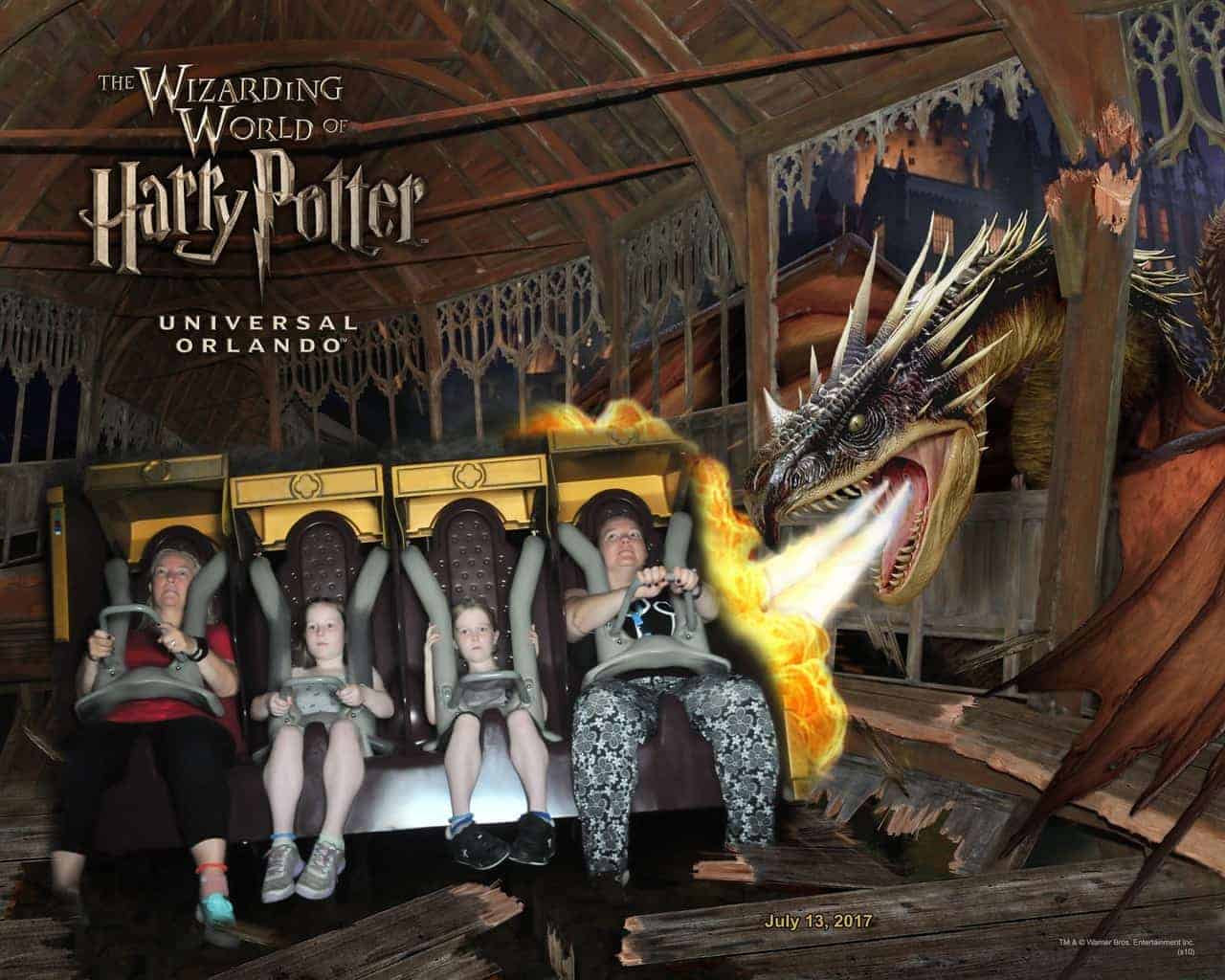 Knowing that we had to plan our time in these parks we decided to start in Islands of Adventure. We also wrote a list of all of the rides that we could all go on. Alison is only 130cm so she was unable to go on some of the bigger rides such as the Hulk and Dragon Challenge. We were also not interested in the rides that catered to the younger audience however we wanted lots of time to explore Hogsmeade and Diagon Alley as we are all huge Harry Potter fans. 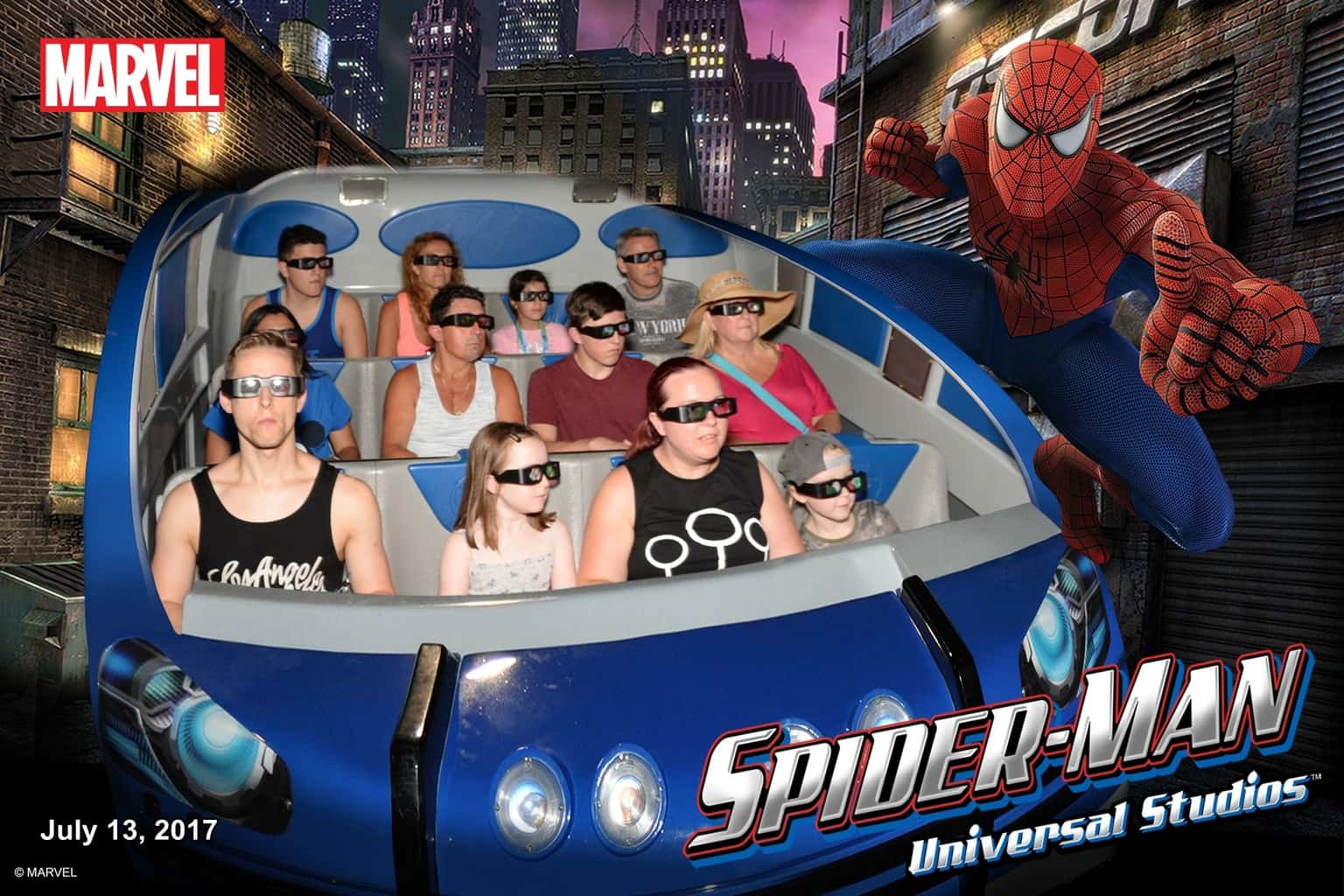 We started on the Spider-man ride which we absolutely love and it is the perfect ride for all of the family although there are a few scary bits so do bear that in mind. 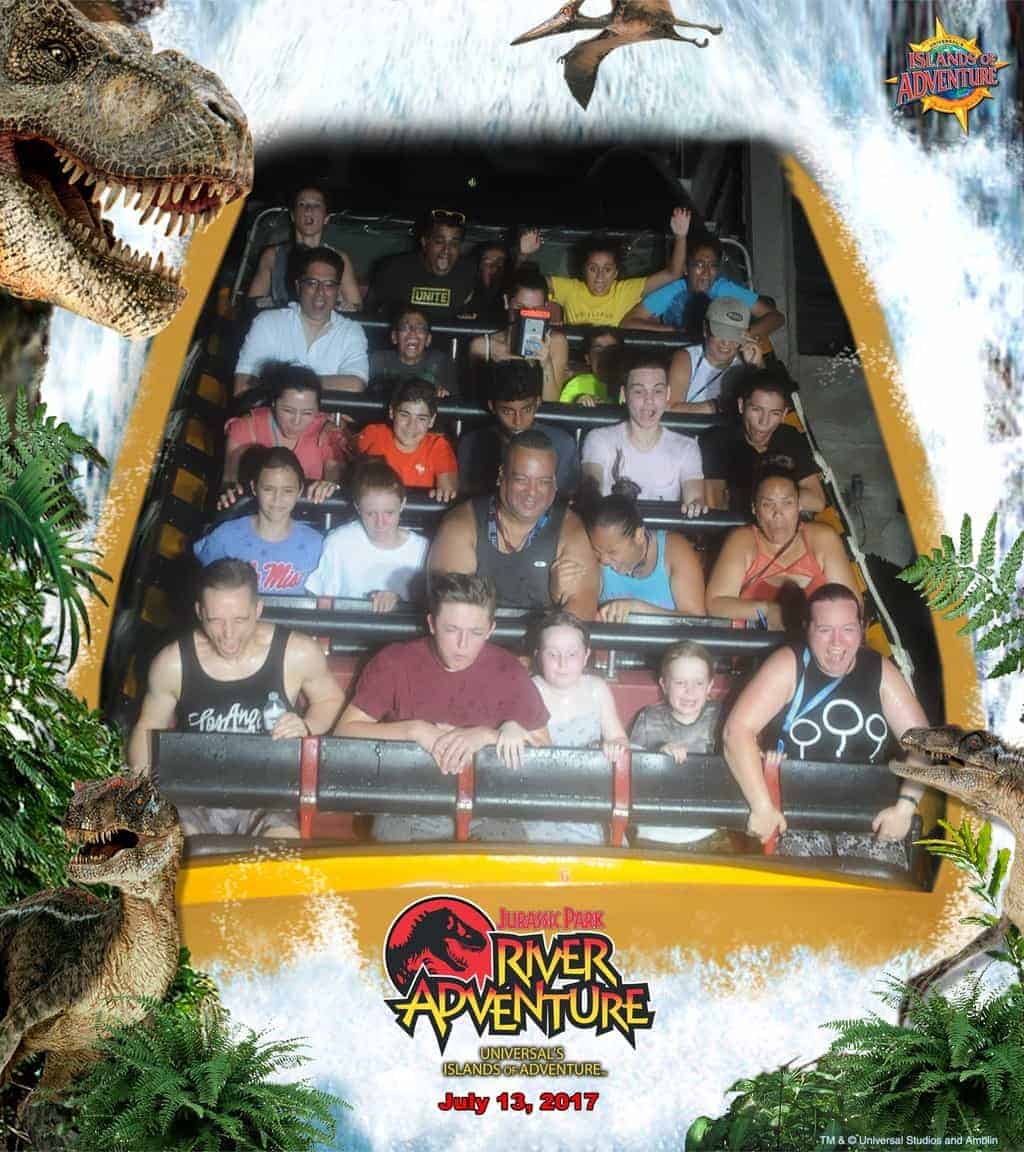 We also went on quite a few wet rides and can honestly say that I have never been as wet from a ride as I was after Popeye and Bluto’s Bilge-rat barges so be warned. Mind you in the Orlando sunshine we soon dried off. We also went on Skull Island: Reign of Kong for the very first time which I absolutely loved but which my girls found terrifying, this is definitely not for the faint hearted.

We booked a lunch reservation on the Universal Orlando website which allowed us to grabbed lunch in Confisco Grill which had a brilliant selection of food and we ordered a combination of pizza, burgers, fajitas and salad. We then headed across to Universal Studios on the Hogwarts Express. We spent quite a while wandering around Diagon Alley exploring the shops and soaking up the atmosphere. We had taken our interactive wands back with us after we bought them in 2015 and the girls had great fun casting their spells in the shop windows. 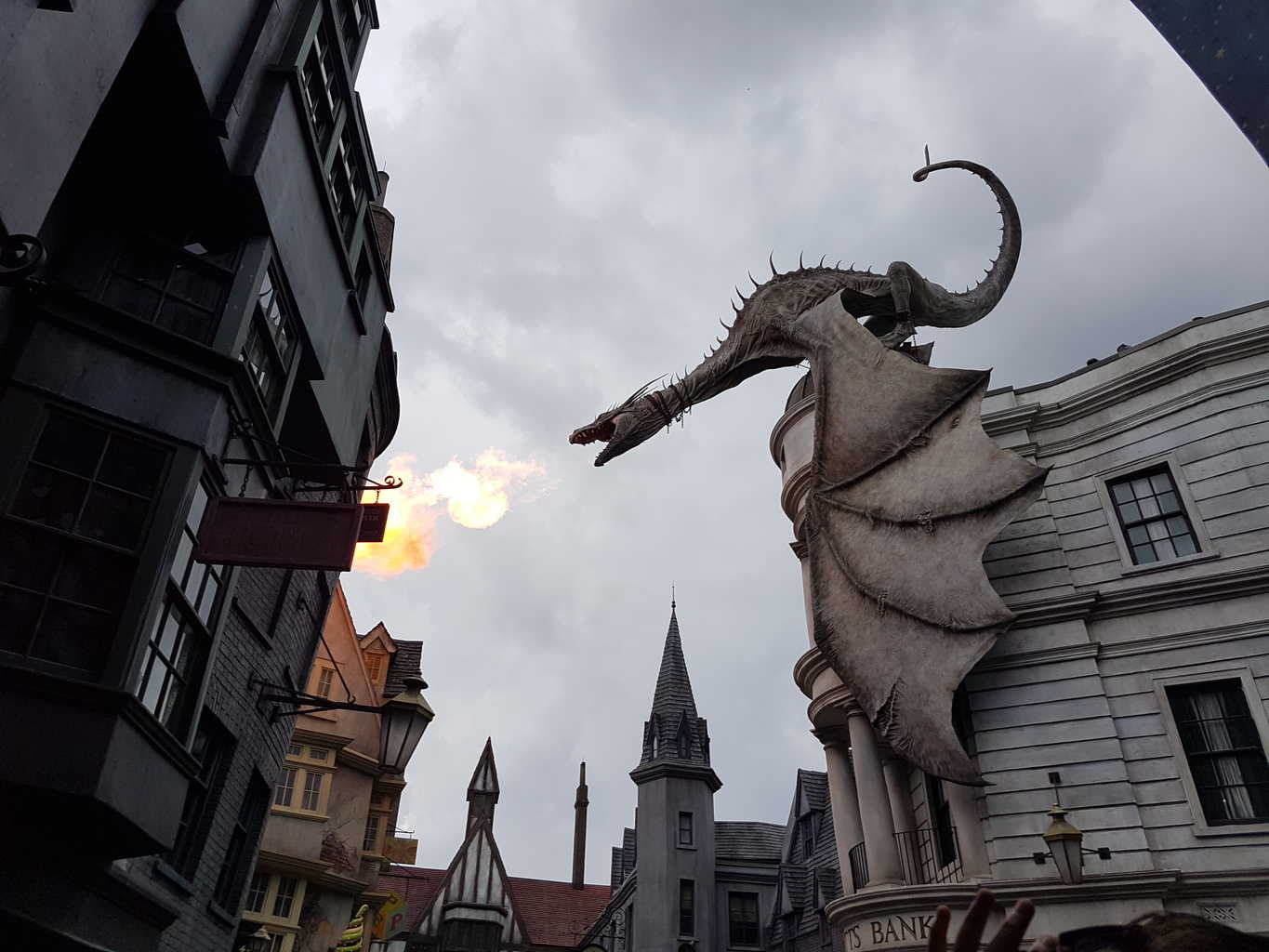 We spent the full day exploring both parks but left at around 7pm as we were all getting a bit tired and we still had to check into our hotel for the next two nights. There is no way we would have been able to go on all of the rides that we went on and get to see everything we wanted to see if we hadn’t invested in the Express passes. I would say though that we didn’t really need the Express Unlimited passes as we didn’t go on any rides more than once so we could have opted for the normal Express passes which would allow us to go on each ride once. These passes are a big investment but if you don’t like standing in the queues or if you are short on time then I would definitely recommend them because they really did make the impossible possible and we managed to experience both of the Universal Orlando parks in one day.

2 thoughts on “Universal Orlando – Two parks, one day – How to make the impossible, possible”