On Saturday we got up early and headed off to Chester Zoo for the very first day of the Enchantment of Chester Zoo. I wrote about this earlier in the week but to give you a brief recap this event is included in the zoo admission costs and is in partnership with Wild Rumpus who create wonderful events such as The Lost Carnival and the Just So Festival.

Although we have been to Wild Rumpus events before we were not really sure what to expect at the enchantment of Chester Zoo. When we arrived at the zoo we saw a wise old owl with a giant cauldron who explained that we needed to collect some potion to help stop the evil sorcerer from taking over the zoo and that we need to go to the Enchanted garden to find out more. With this in mind, we headed past the elephants and over the bridge to arrive at the enchanted garden which was near the dragon enclosure. This was where the story really began. 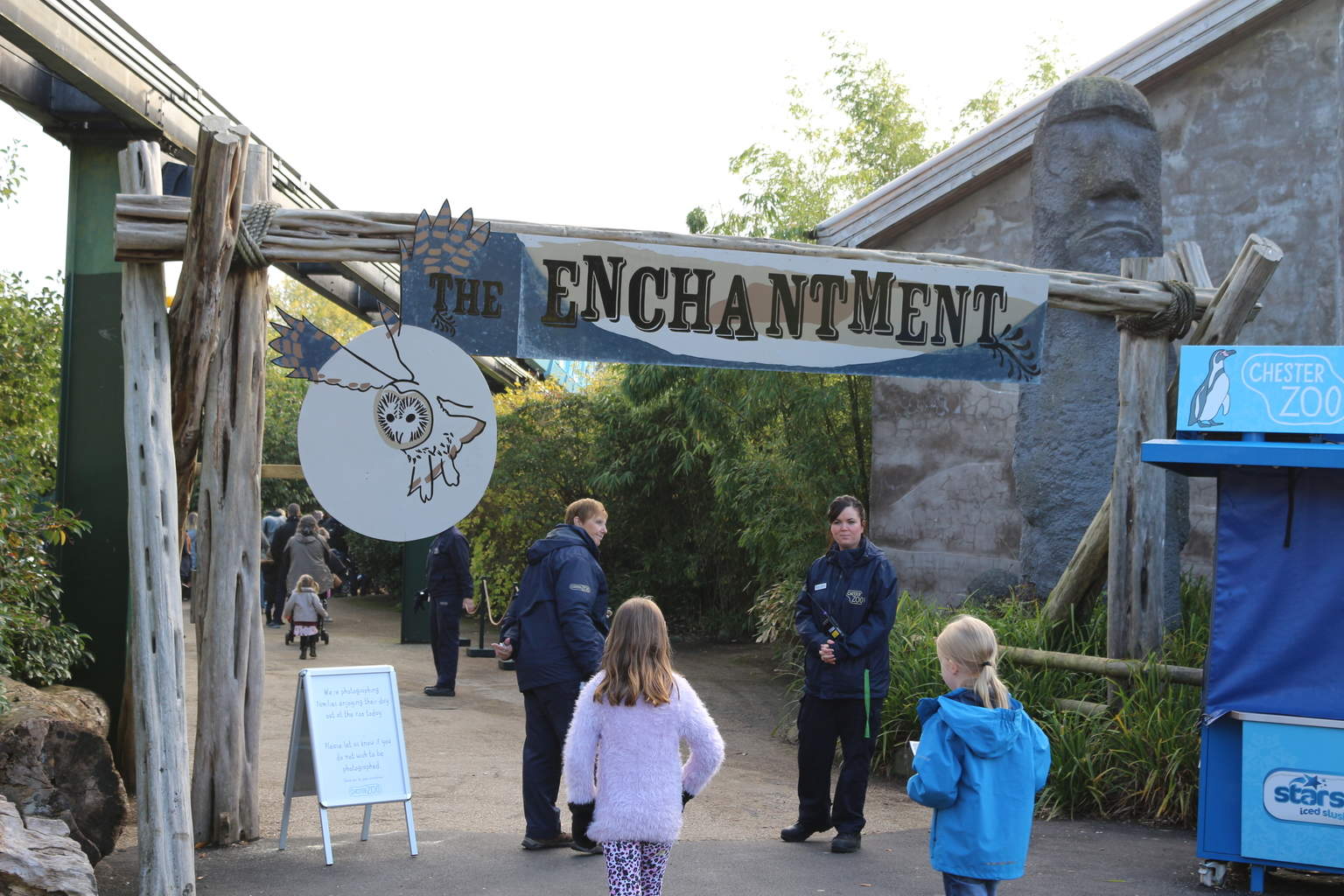 We were invited in groups to enter the enchanted garden to hear more about our quest.

First, we were greeted by some musical owls who told us about the spell the sorcerer had cast. 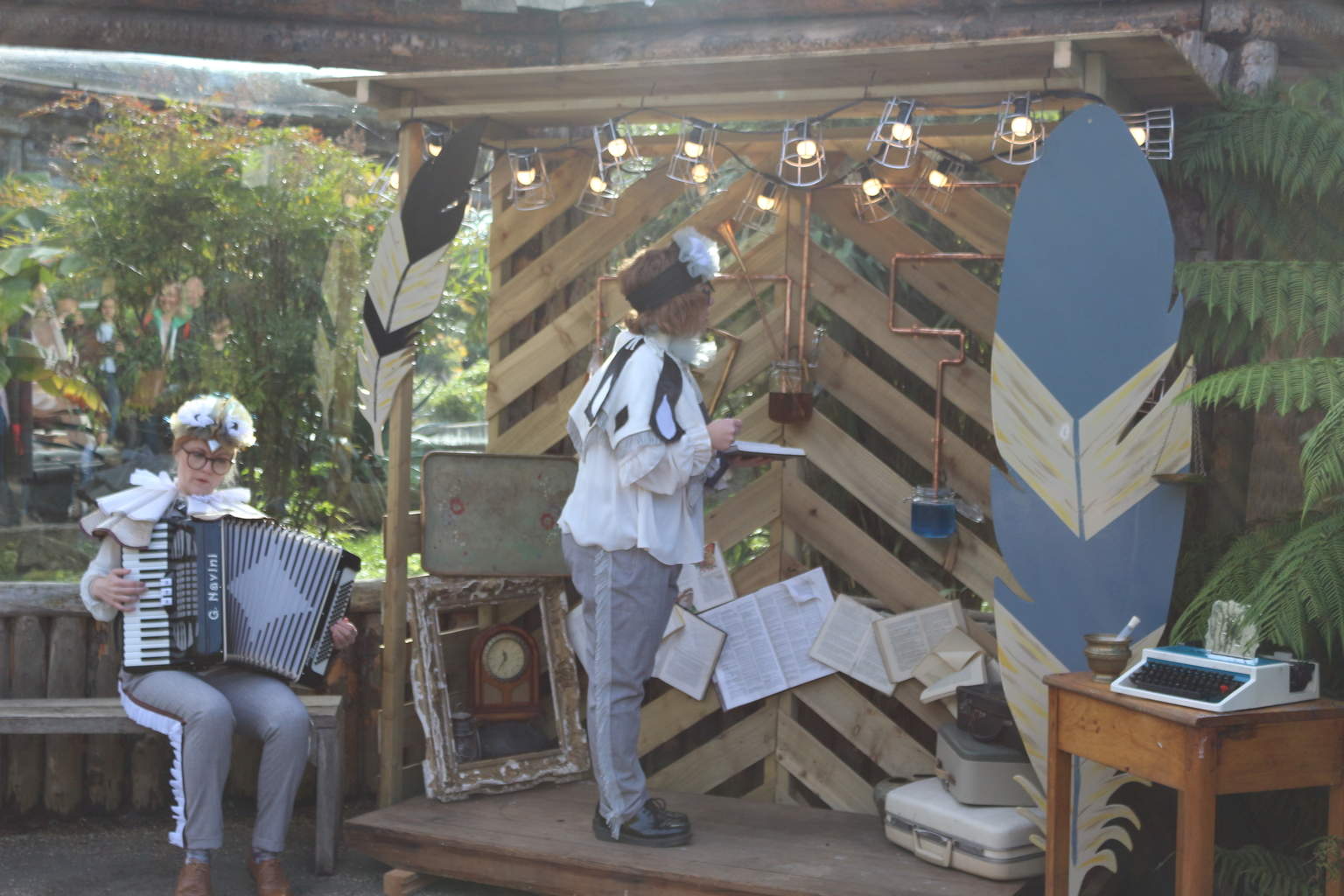 Next, we saw some Aye-Ayes playing high above our heads. 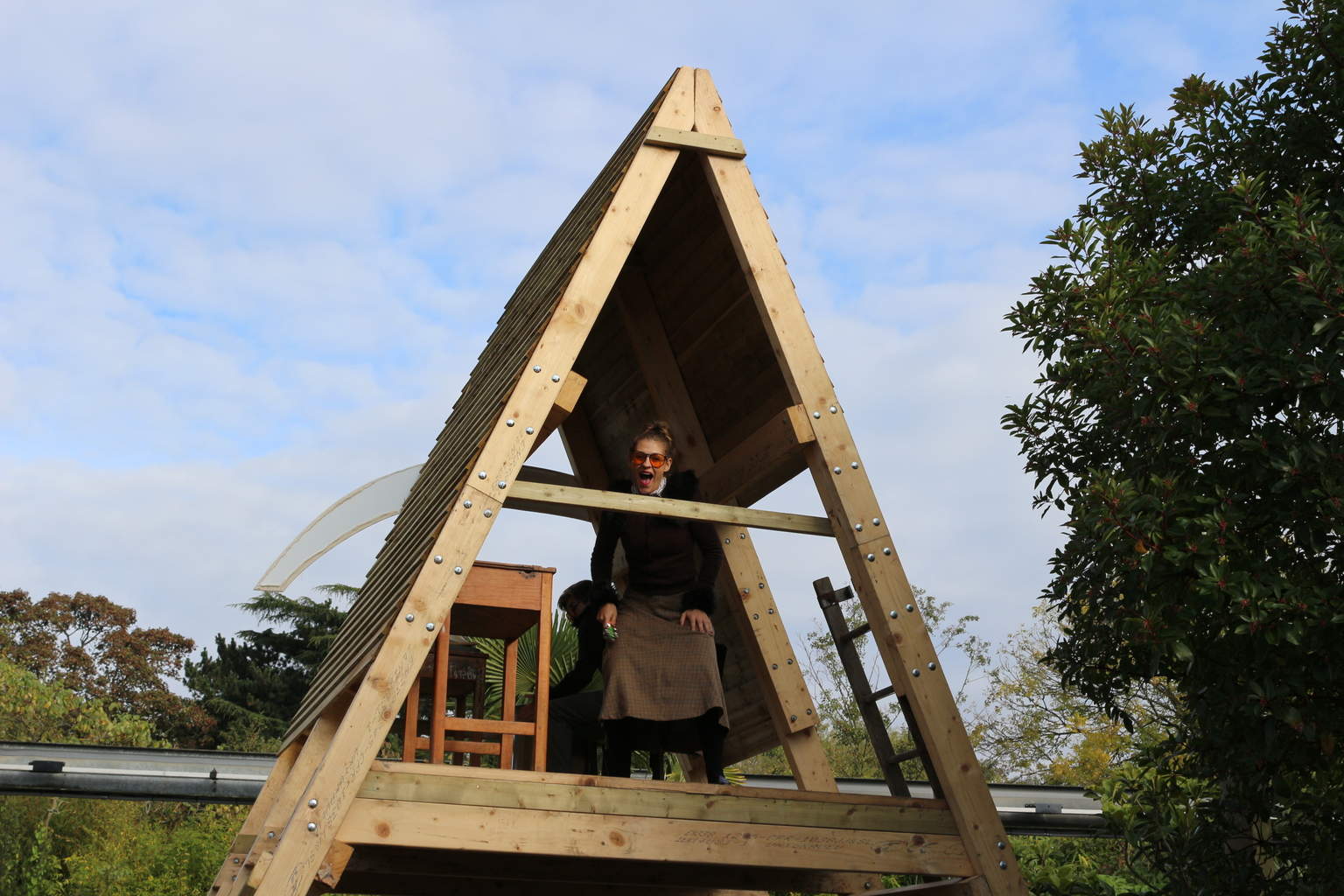 Then we came across some tarantulas climbing in the fallen branches. 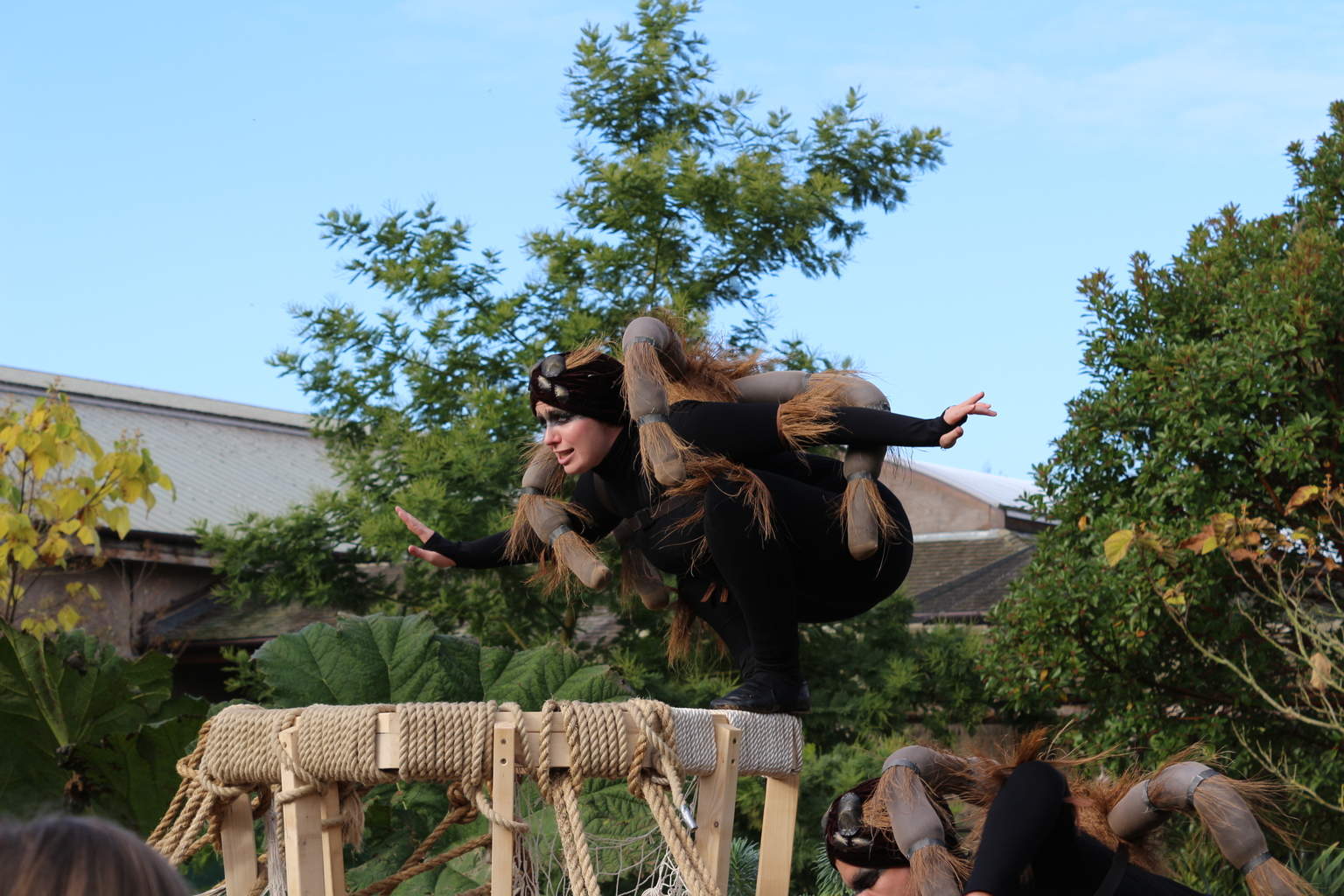 Further along the trail, we were greeted by some aardvarks. 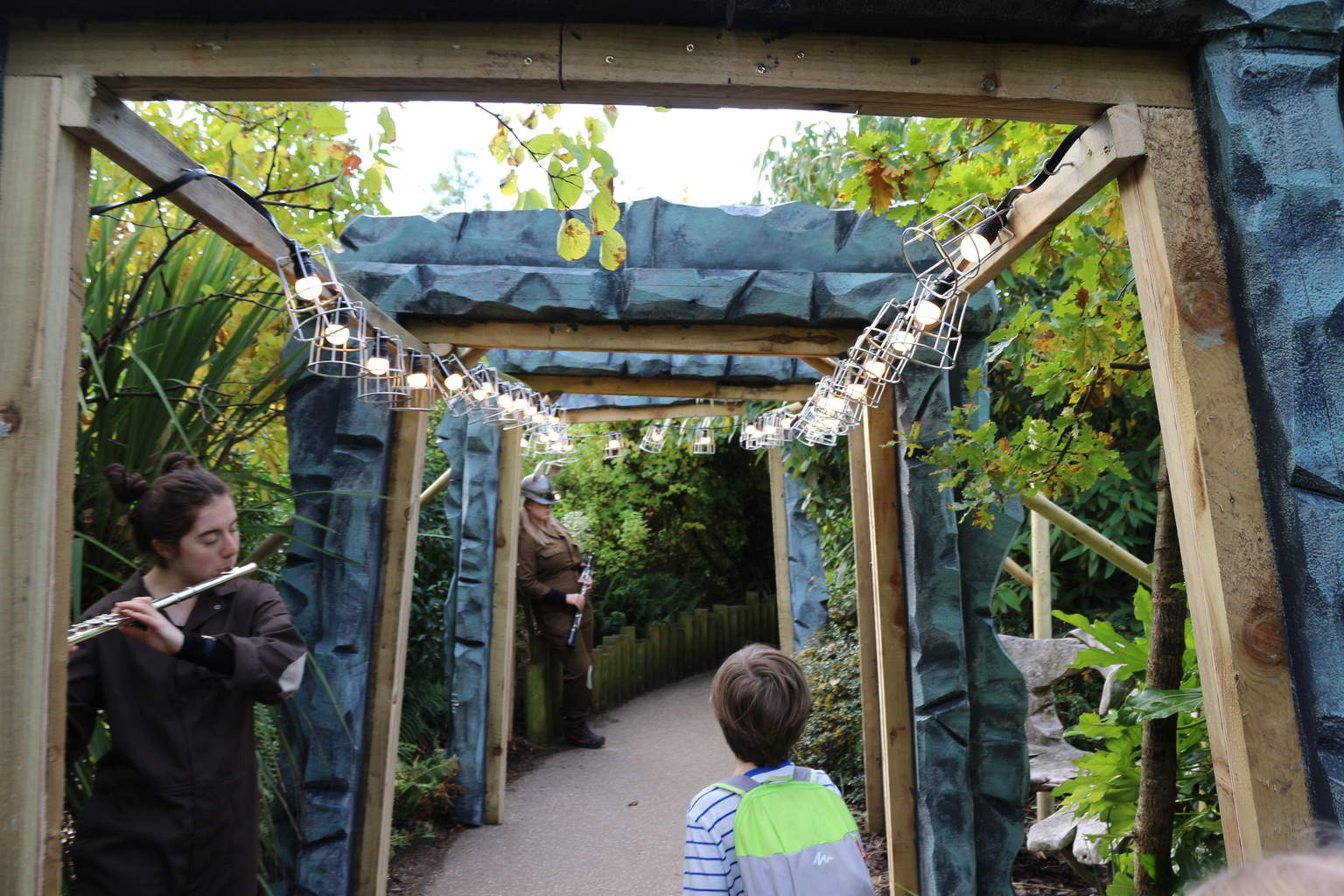 Before turning the corner and coming face to face with a bat. 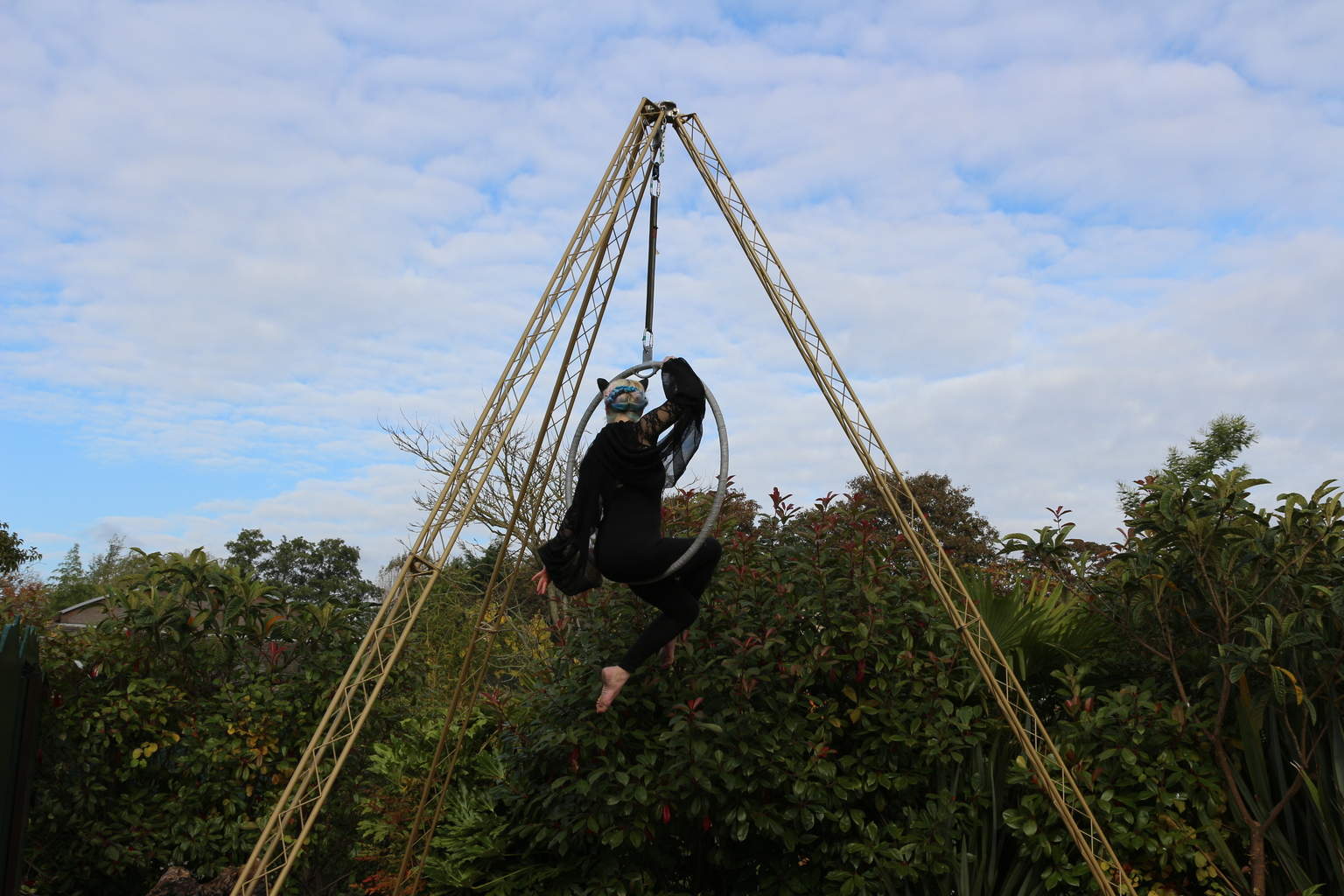 After all of these magical encounters, it was time to collect our test tube and head out into the zoo to procure some potion. Each of the animals that were represented on the trail have homes inside the zoo that we had to visit. We needed to learn more about the animals superpower and tell it to the owls on duty to enable us to collect some potion. 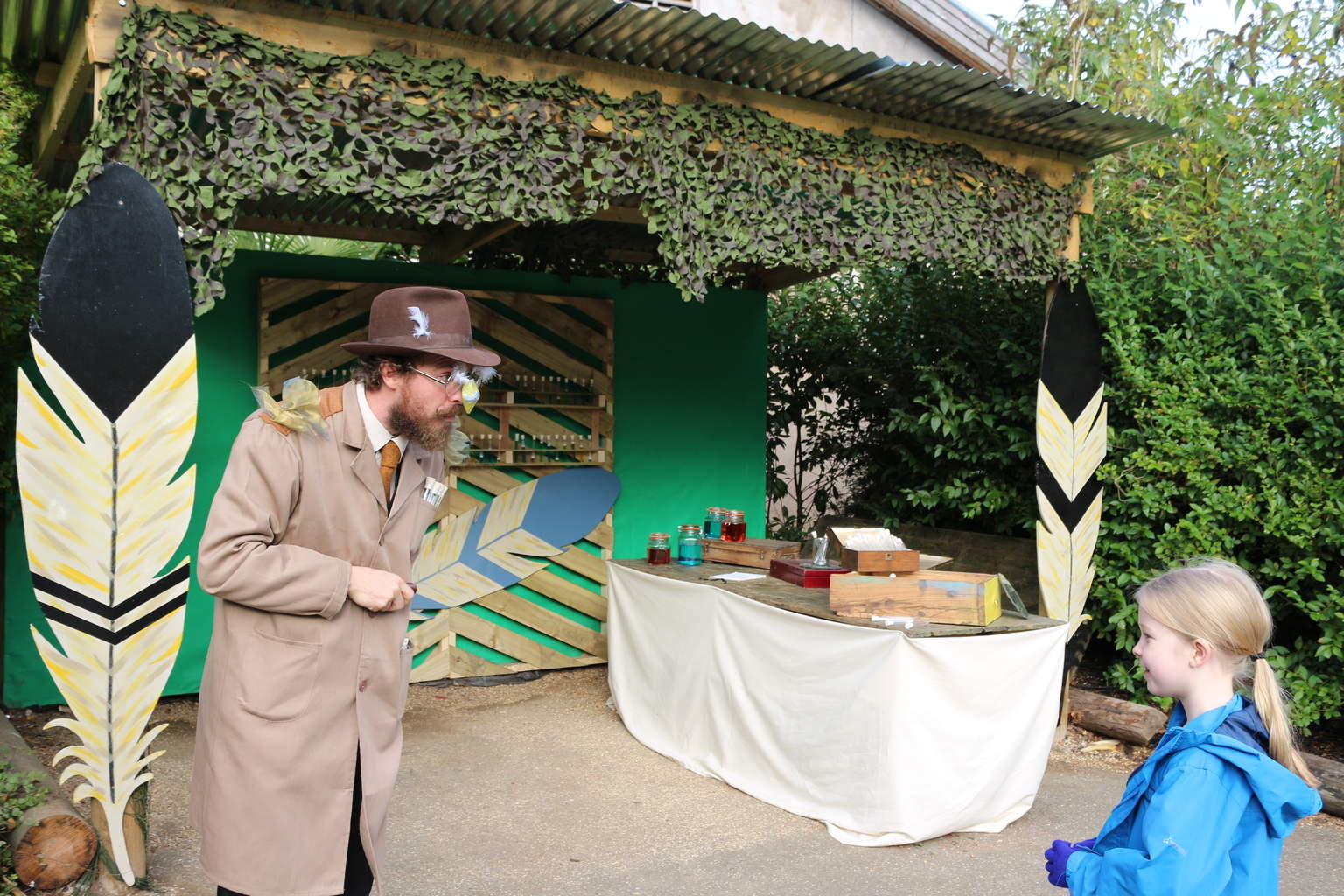 When you have visited each of the animal stations and collected enough potion you need to head back to the entrance to visit the wise old owl and give it to him to place in his cauldron. 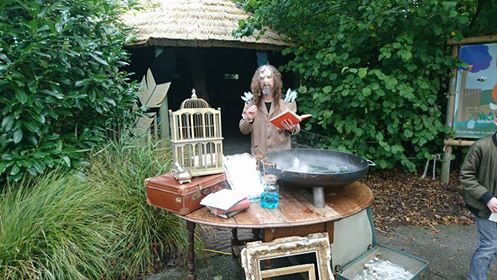 You are then given a thank you letter which contains a link to a video message from one of the owls thanking you for all of your hard work. 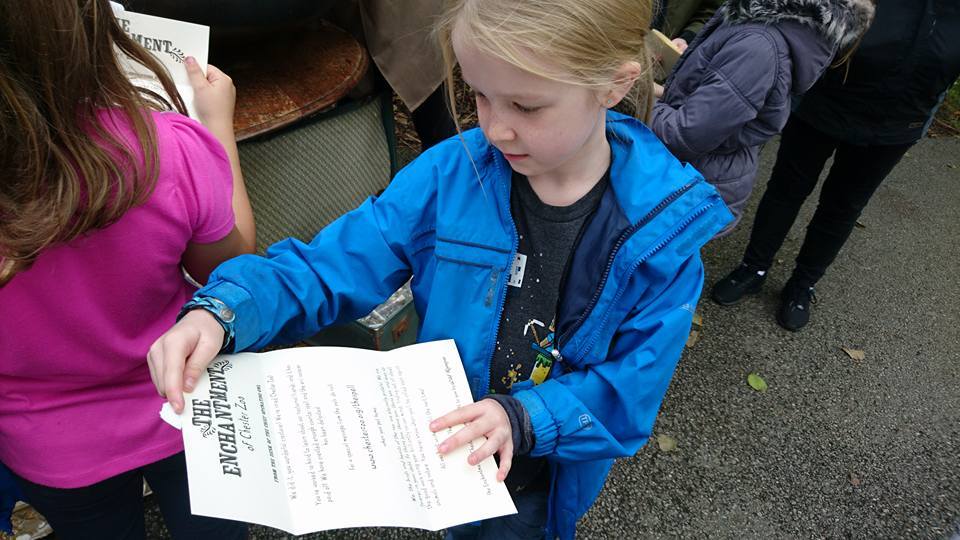 Now we love wandering around the zoo anyway but the enchantment event really captured the girls imaginations and they couldn’t wait to collect all of the potion and get it back to the old owl. This meant we got around the zoo in record time and we even had a go on the monorail and  boat safari which we had never seen before. It was an all round amazing day and one I would highly recommend that you go on this half term.

For more information visit the website and don’t forget to wrap up warm.