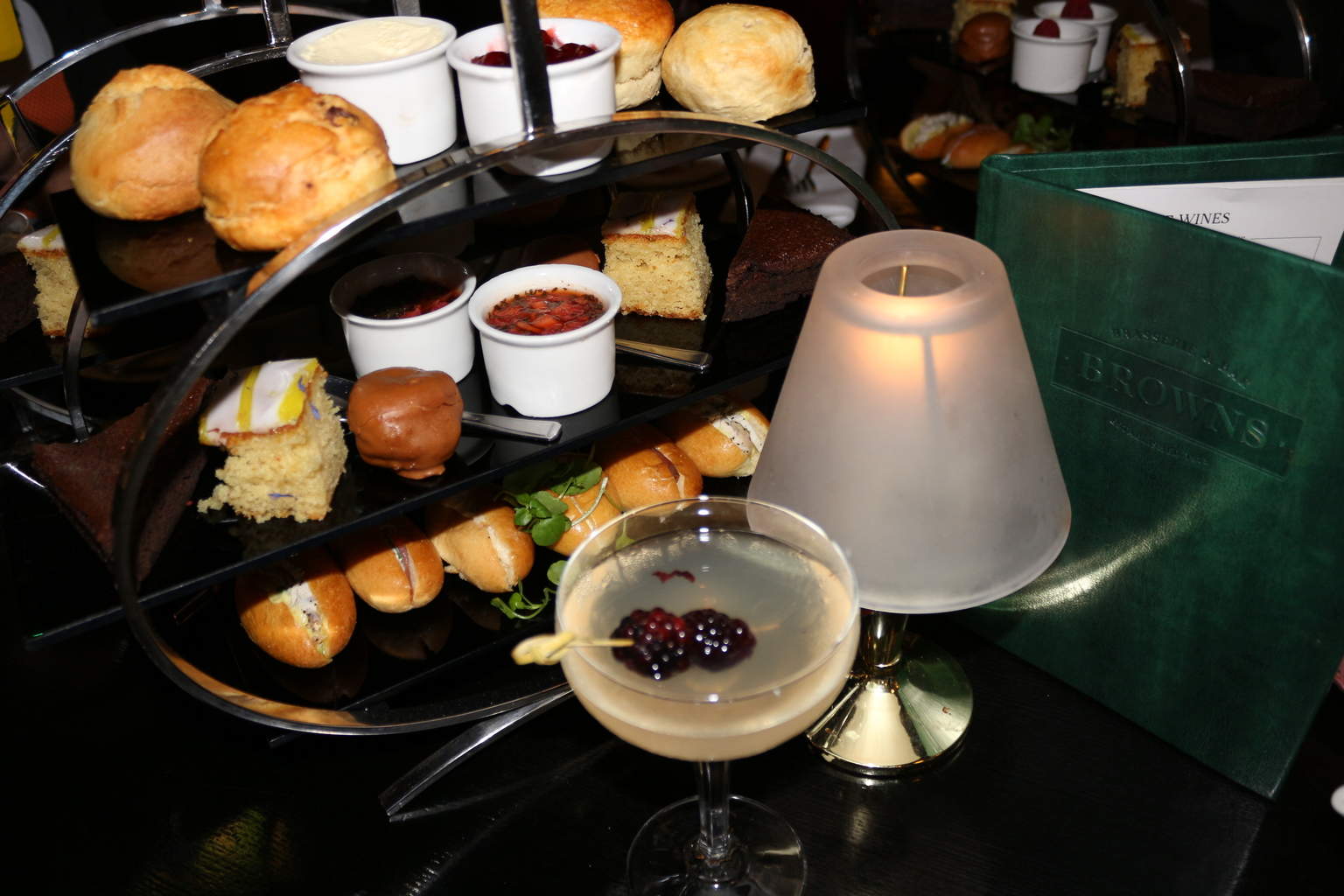 I can imagine nothing more fitting to celebrate the Queens birthday than afternoon tea and Browns Brasserie in Manchester in giving everyone the chance to do just that until 30th June. Browns Brasserie have created a very special afternoon tea in celebration of this momentous occasion and on Fathers Day we headed along to give it a try. 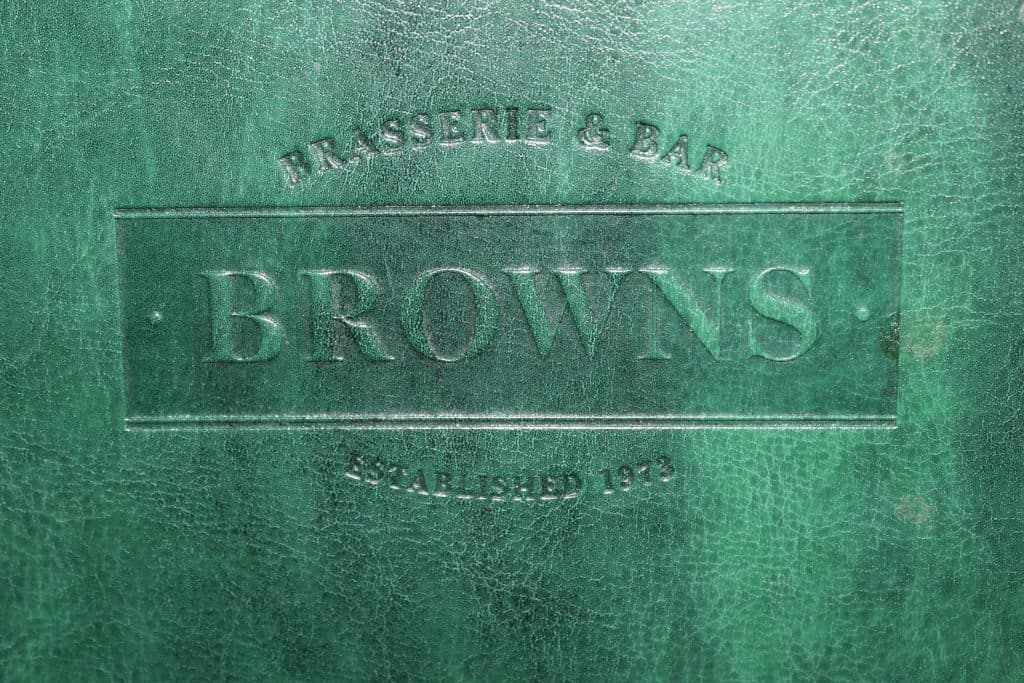 The Royal Afternoon tea costs £17.95 per person and is for a minimum of two people. It includes a British Royal cocktail which is made with black cow vodka, rosehip and rhubarb cordial and apple, topped with prosecco. The cocktail was really good and I can imagine it would be very refreshing on a hot day. Unfortunately, fathers day in Manchester was a bit of a washout but the cocktail helped me dream of summer even if the weather disappointed me. 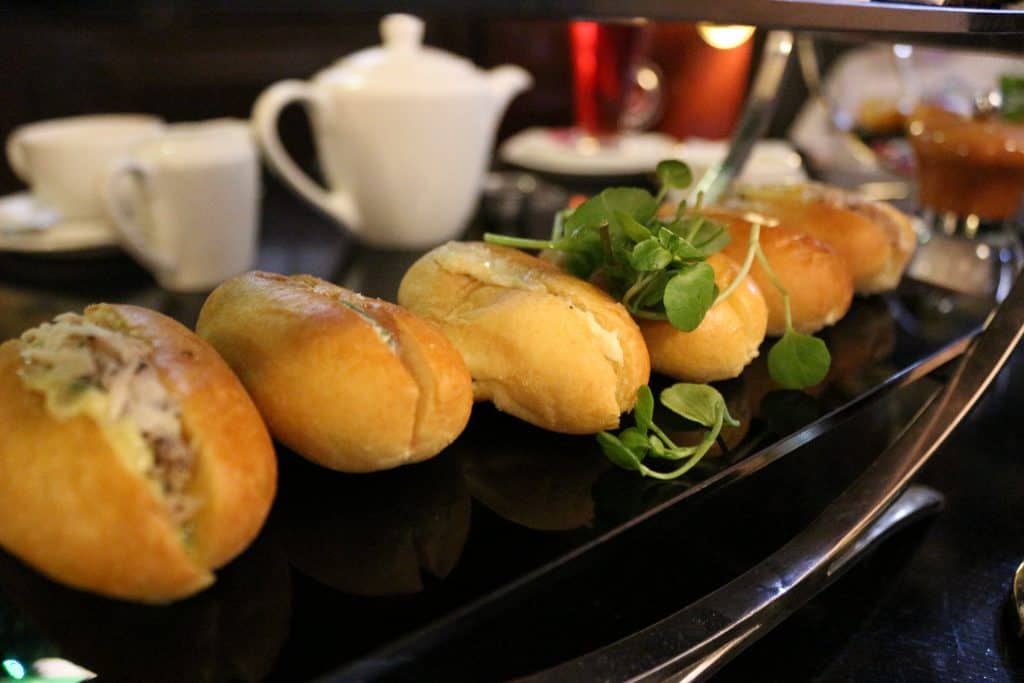 The sandwiches were a selection of mini butter brioche rolls with some traditional fillings. We had smoked salmon with chive and lemon cream cheese, free range egg and baby watercress and coronation chicken. These are the same sandwiches that you get in the standard Browns Brasserie afternoon tea and they were really nice. The use fo the butter brioche rolls made them feel very luxurious and were more filling than the standard finger sandwiches. 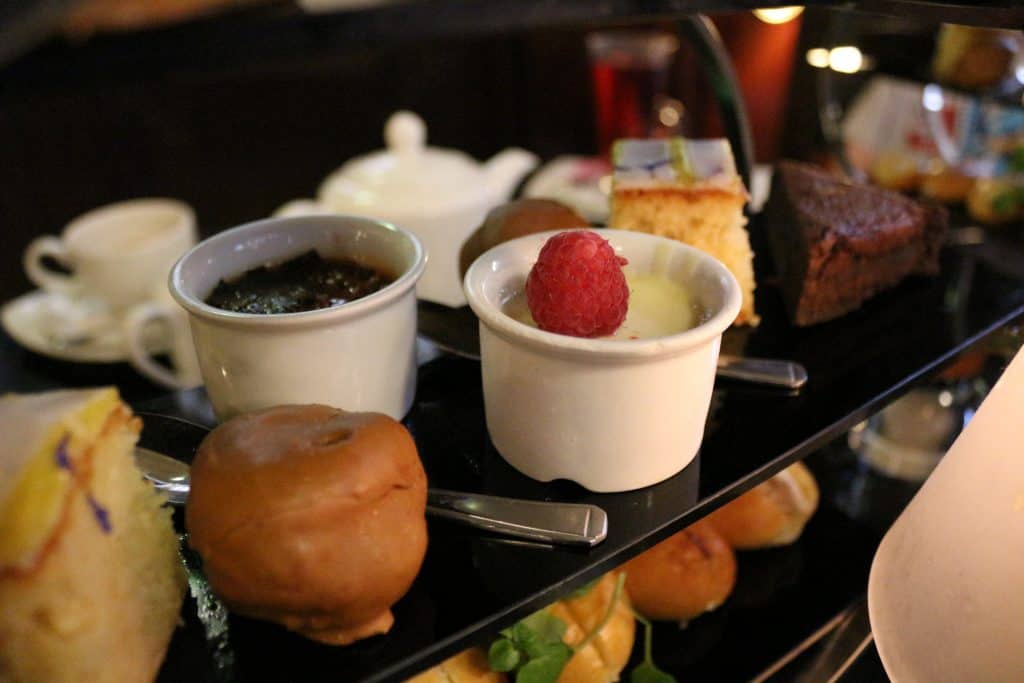 The mini dessert level was jam packed with flavour. My favourite was the salted caramel profiterole followed by the extremely chocolatey brownie. We also had a Pimms jelly and an earl grey tea cake. The pot with the raspberry on top is a white chocolate pot that was served for the girls in place of the Pimms jelly. On the standard Browns Brasserie Afternoon Tea, you would get the White chocolate pot as standard and a red velvet cake instead of the brownie. 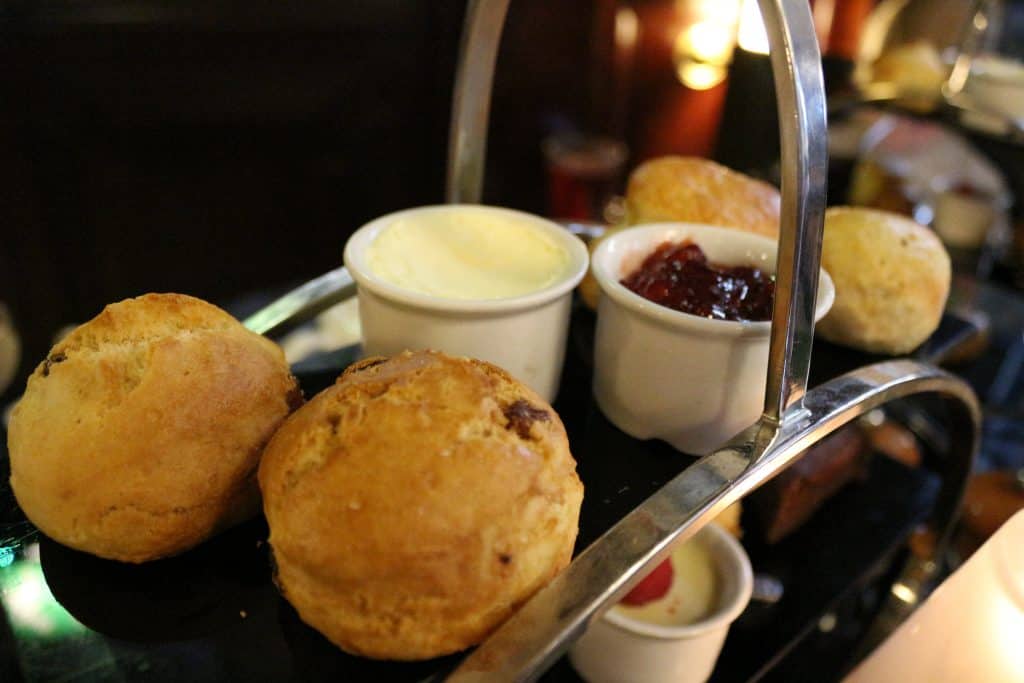 Afternoon tea wouldn’t be complete without the scones, clotted cream, and jam. The scones were served warm and were able to be cut without crumbling too much and the clotted cream and jam were the perfect accompaniments.