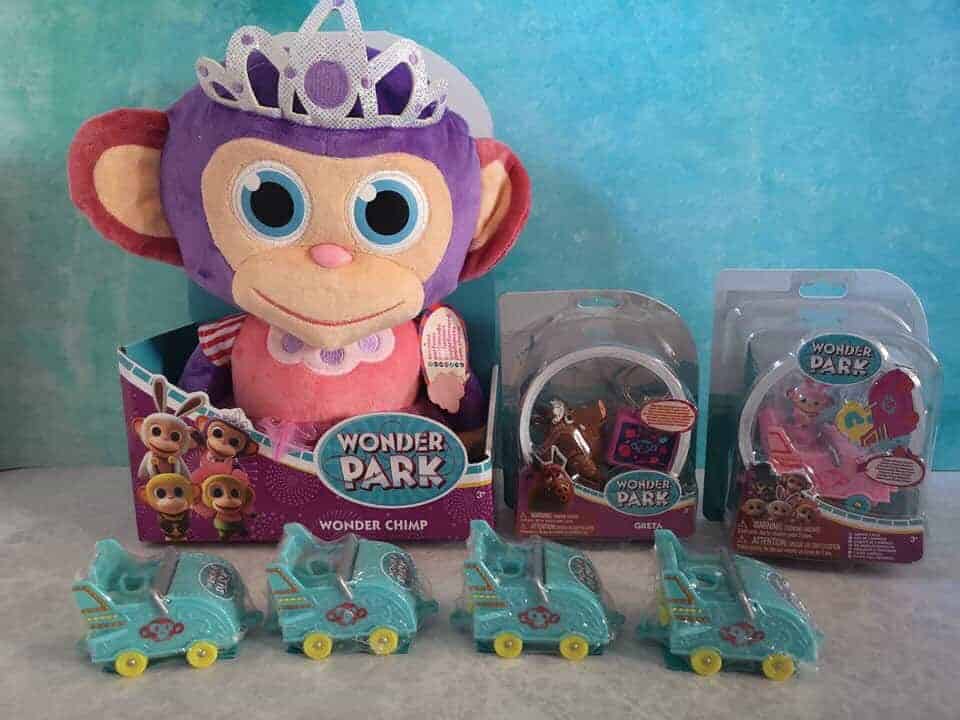 When I was at Toy Fair in January there was one movie license that really stood out to me as something different. Wonder Park was released in cinemas on Monday 8th April and although we haven’t made it to the cinema yet we can’t wait to go and find out more about this film. The toys are made by Funrise Toys and we were very excited to be sent a selection of the toys that are available at The Entertainer Toy Shop. There are more available so do keep an eye out for other sets.

Wonder Park movie is based around a theme park that is born from the imagination of a young girl called June and her mum. When her mum becomes ill, June abandons the idea of Wonder Park but eventually stumbles on to the ruins in a wood. The park is under a cloud of darkness and it is overrun with chimpanzombies who kidnap Peanut the ride builder. With the help of some of the other characters including Boomer the blue bear, Greta the wild boar, Steve the porcupine and a couple of beavers voiced by Joe Suggs and Casper Lee (Youtubers that my youngest daughter really admires), June sets off to save Wonder Park and Peanut.

After playing with the toys my girls were even more excited to go and see the film and it is on our to-do list this week. We were sent a good selection of the Wonder Park toys which included one of the plush wonder chimps which have a cotton candy smell. You can get the plush in a variety of chimp characters including a flower, bee and a bunny. The wonder chimps are the official souvenir of Wonder park so I know these will be popular with young fans. 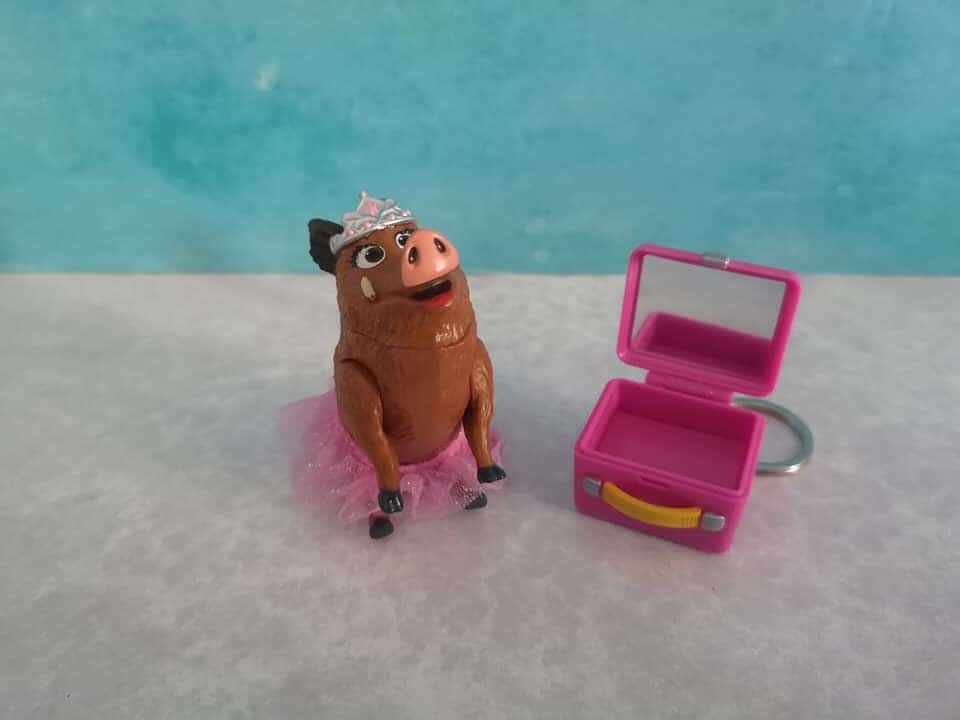 The Wonder Park figure packs allow you to collect the main characters with an accessory. We received Greta the wild boar who came with this keyring suitcase with a mirror on the inside. You can also collect June, Boomer, Gus and Cooper, Steve and Peanut. 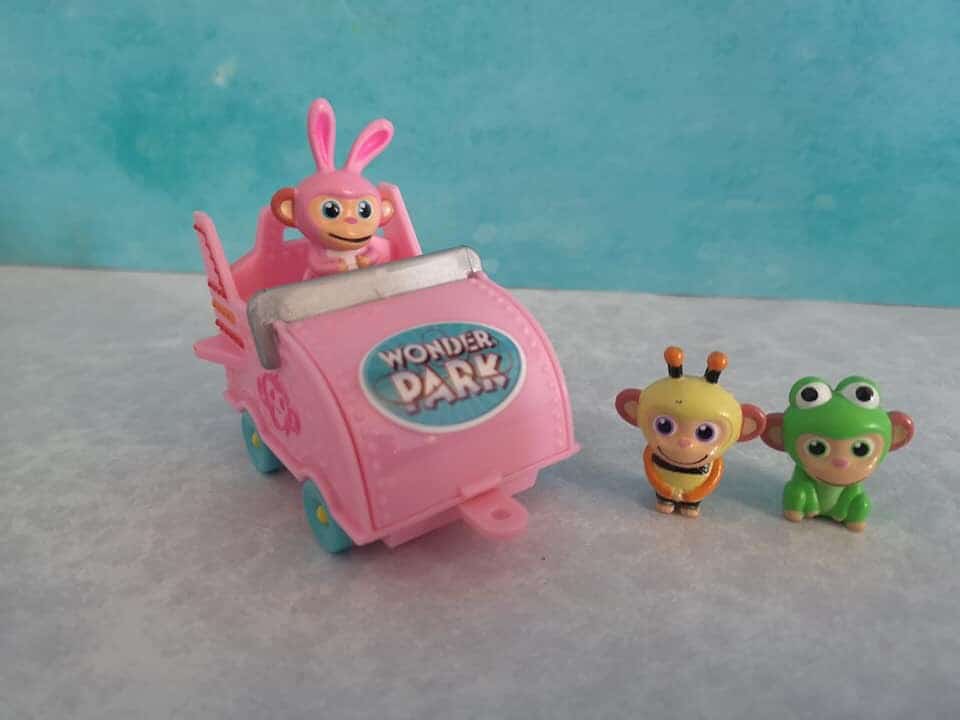 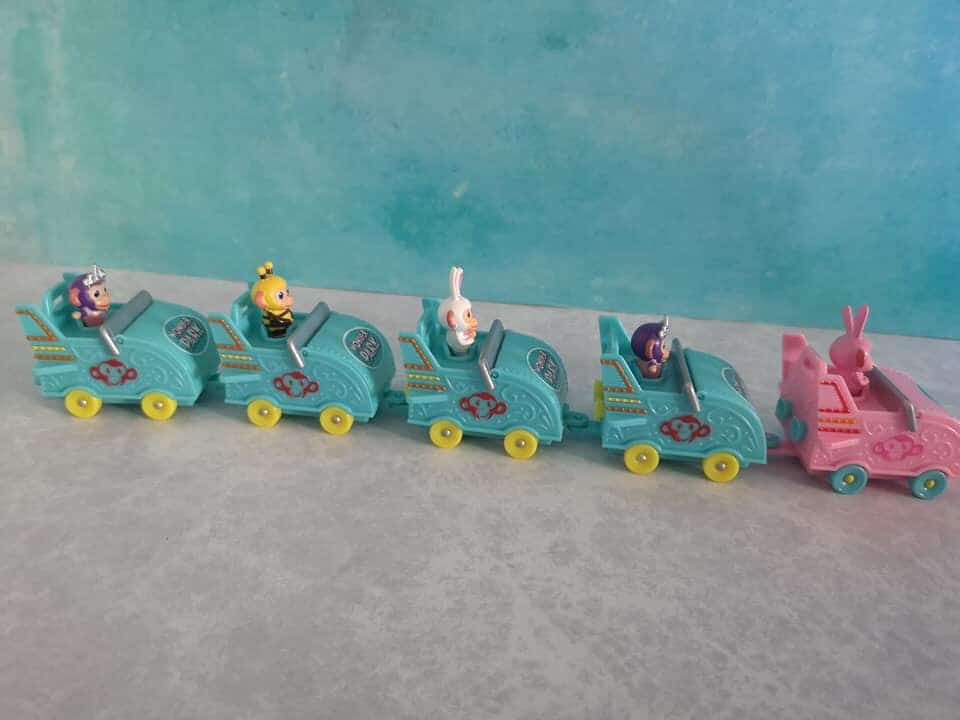 There are 30 different wonder chimps to collect in series 1 and we can’t wait to add more to our collection.

I think that these toys are a great addition to the toy box and they will promote imaginative play alongside the movie.