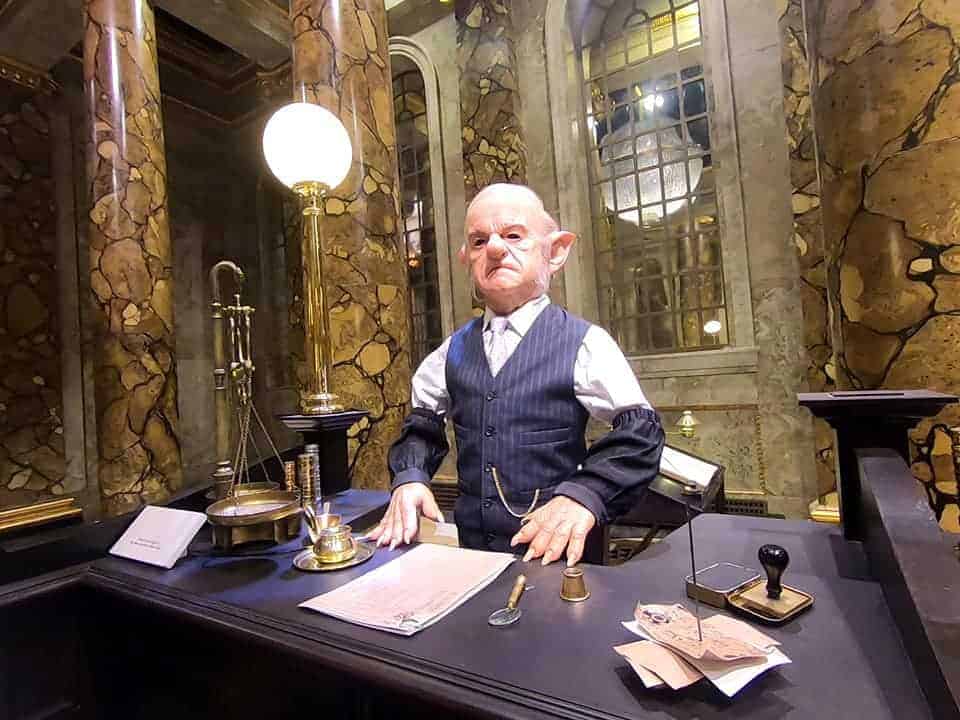 I love Harry Potter, In fact, I would definitely class myself as a Pottterhead so when they announced yet another expansion at WB Studio Tour London I couldn’t contain my excitement. The WB Studio Tour London social media have been teasing the opening of the new Gringotts Bank for the last few months and each time I saw another sneak peak my excitement grew. We were lucky enough to be invited along to one of the preview night last week and I have t say it didn’t live up to expectations, it absolutely blew them out of the water!

The last time we visited WB Studio Tour London it was for a Goblet of Fire event last summer and we could see that they were building a new entrance, what I didn’t expect is just how different the entrance would be.

Not only are you met by this magnificent specimen of a dragon but pay attention to the large images around the walls because they have some special affects. There is also a new large cafe area with an enchanted ceiling and a coffee shop area that has been designed to look like the packaging of a chocolate frog. I have loads of pictures I could show you but I am going to try to write this post without spoiling it too much because it really is amazing and you should see it for yourself. 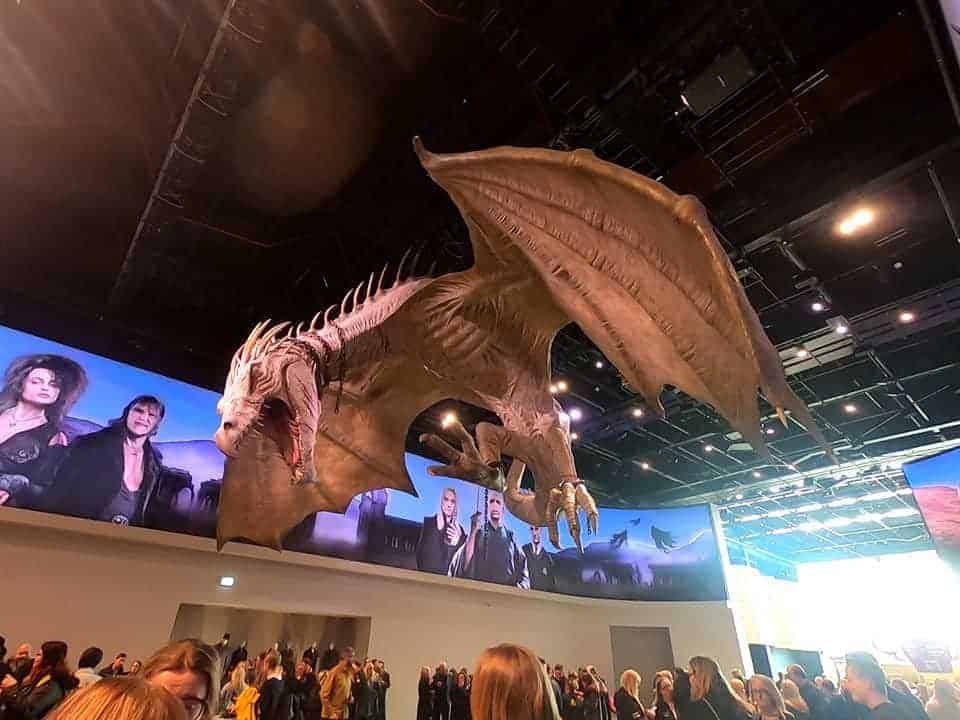 Once it was time to get in the line to go in we were once again greeted by a new experience. The entrance queue has always been the same, a roped area with the cupboard under the stairs and a great JK Rowling quote. This has all changed. The new walk through queue contains lots of art work and stills from the movies interspersed with tv screens and photo opportunities. You do still get to see the cupboard under the stairs though so you are not missing out. The other new element is the talking photographs which help to spread the excitement before you hear about the origins of the films, this is the same as it was previously but the new entrance way really helped to get us in the mood.

Now a lot of people will be wondering where exactly they have managed to put Gringotts Bank and the answer is that it has been added in to the tour after the art department and before you enter Diagon Alley.

This great new addition starts with information about the goblins, how they were made as well as examples of the costumes. 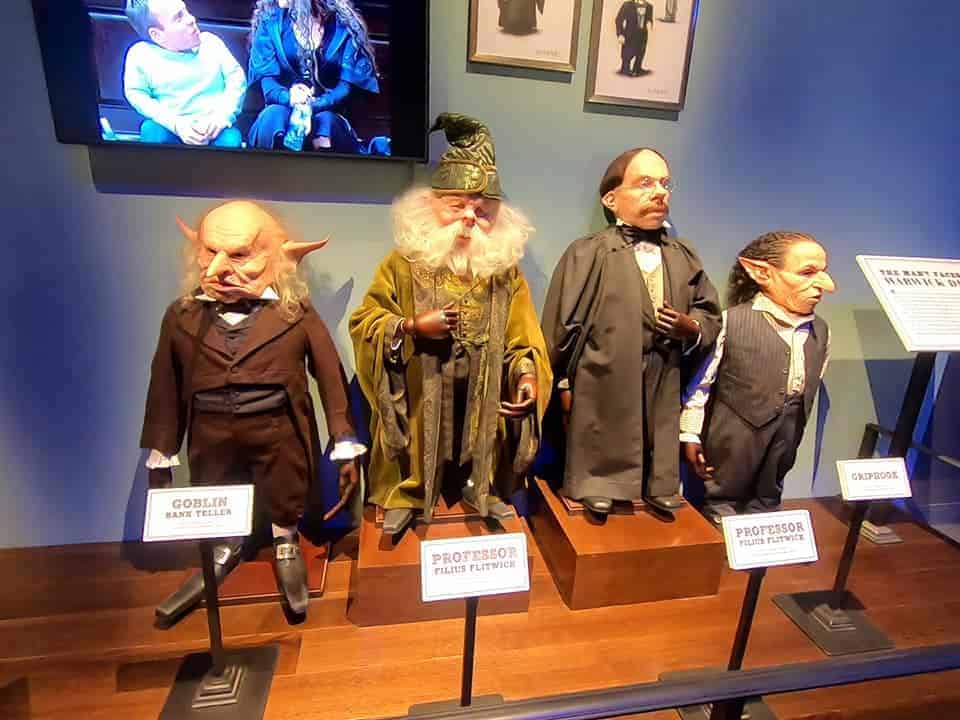 After this you head into the area which showcases the different models which helped to design the bank, this includes the main bank area as well as some of the bits underground. Turning a corner you walk into the breath-taking Gringotts Bank. The shiny marble columns reach high above your heads and you cant help but look up at the stunning chandeliers. Down each side of the bank you can see different tellers stations with scales, quills and paperwork. Everything about this Gringotts Bank set is impressive and I am sure there will be lots of details that I missed. 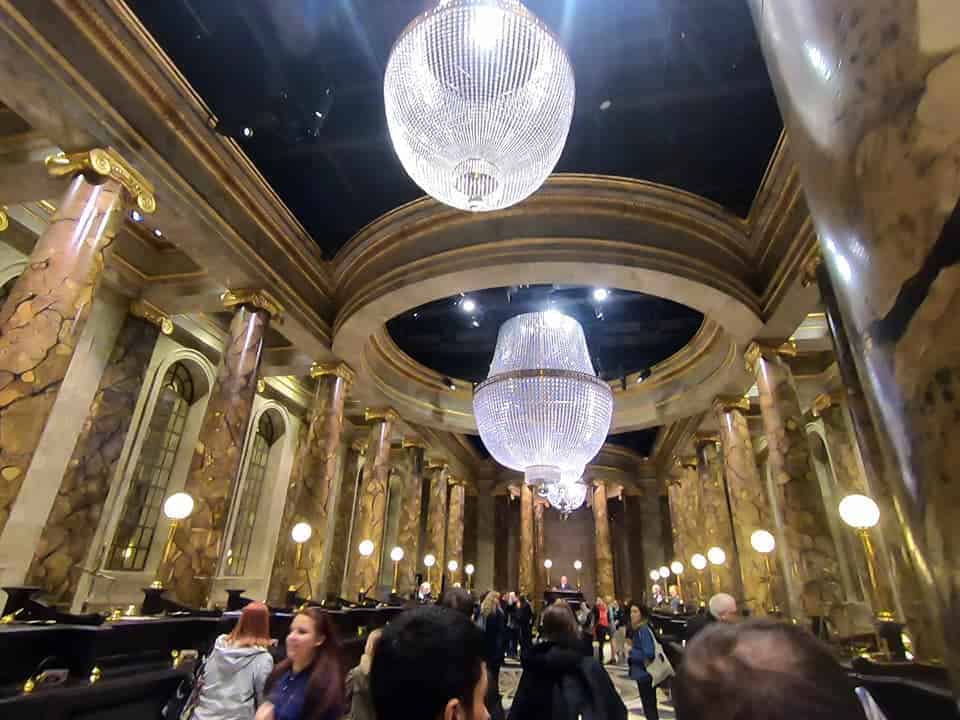 At a few of the bank tellers stations you will find some Goblins, ready to help you to withdraw from your vault or just for you to take a picture with. There black eyes look into your soul but you can really get a sense of the characteristics of each of these Goblins and appreciate the craftsmanship that went in to the costumes.

When you have walked through the Gringotts Bank set it is time to head into the vaults. You can see the cart that takes the characters down to the vault and learn more about the effects used to create this. You can also find out how they created the effects in the Lestrange vault such as the multiplying treasure and the various platforms they made to allow the actors to climb up to reach the Hufflepuff cup. The Lestrange vault is filled with marvellous treasures and it is here that you can lose yourself in the details. It really is magnificent. 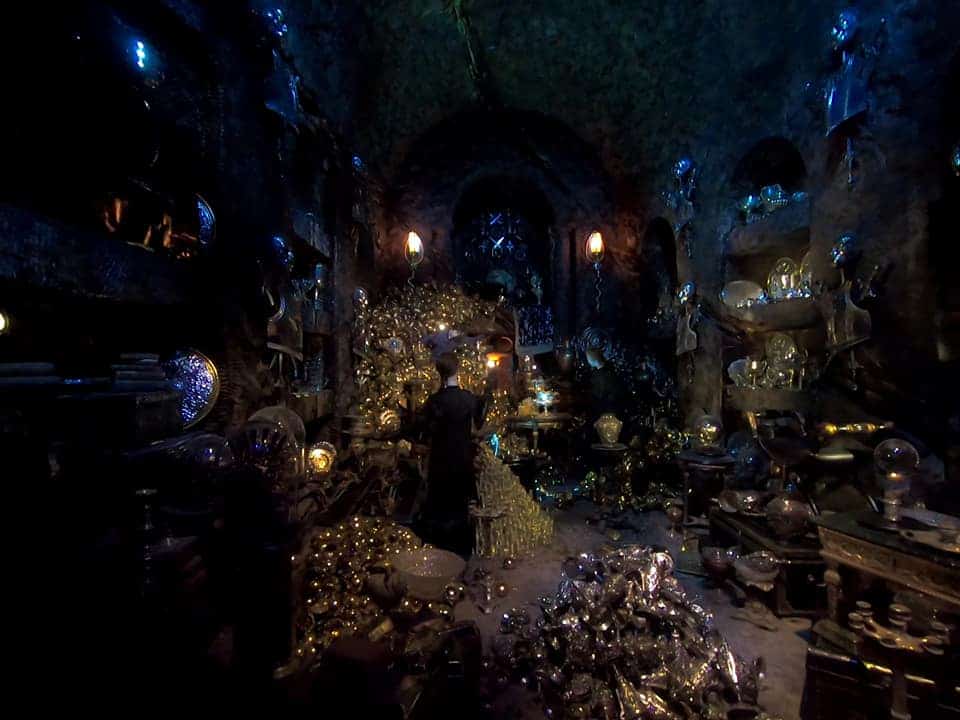 There is a photo opportunity in this area where you can hold the Sword of Gryffindor and reach for the Hufflepuff cup. This is one where you can take your own photo rather than have a professional one taken and that is definitely appreciated.

After this area and before you head into Diagon Alley there is another set but I am not going to give anything away about this area. However, I would definitely recommend that you stick around and wait rather than just have a quick glance because you never know what is going to happen next …..