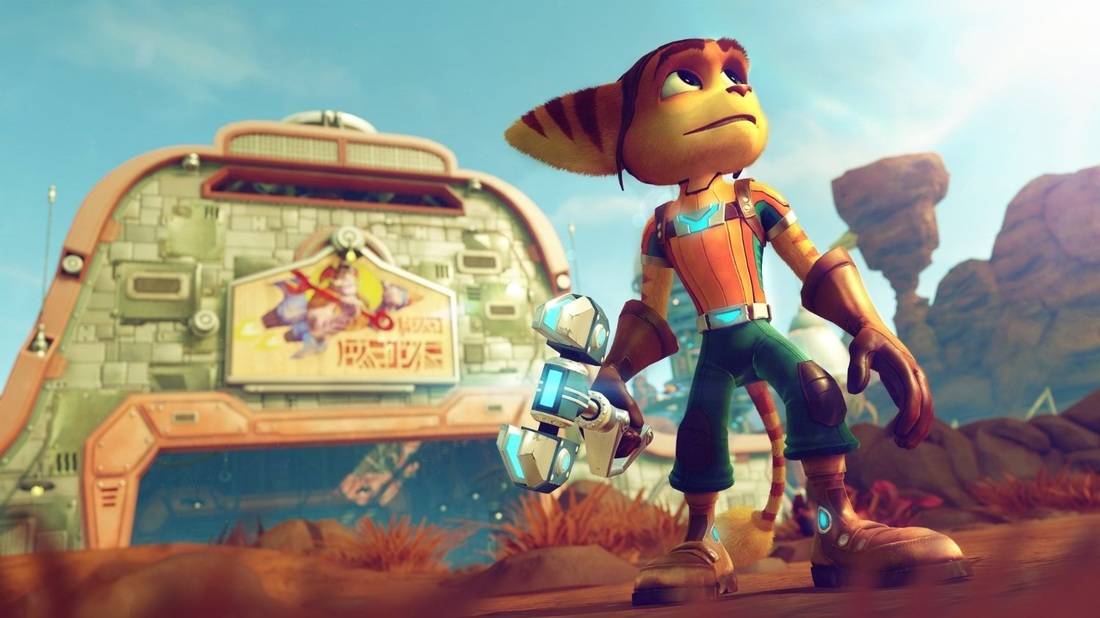 To coincide with the release of the motion picture, the new Ratchet & Clank video game is out now for the PS4. This is a game which has long been overdue, especially when you consider that the PS4 was released back in 2013 and these were one of the most popular characters from the PS2 era.  Unfortunately, this isn’t something I can say from first hand as it wasn’t the type of game I was playing back then, however, after lots of positive reviews from journalists such as Jim Sterling and Angry Joe, I was intrigued to find out what Ratchet & Clank had to offer.  The game based on the events of the movie, which is based on the video game franchise, but is a re-imagining of the first game’s origin story. 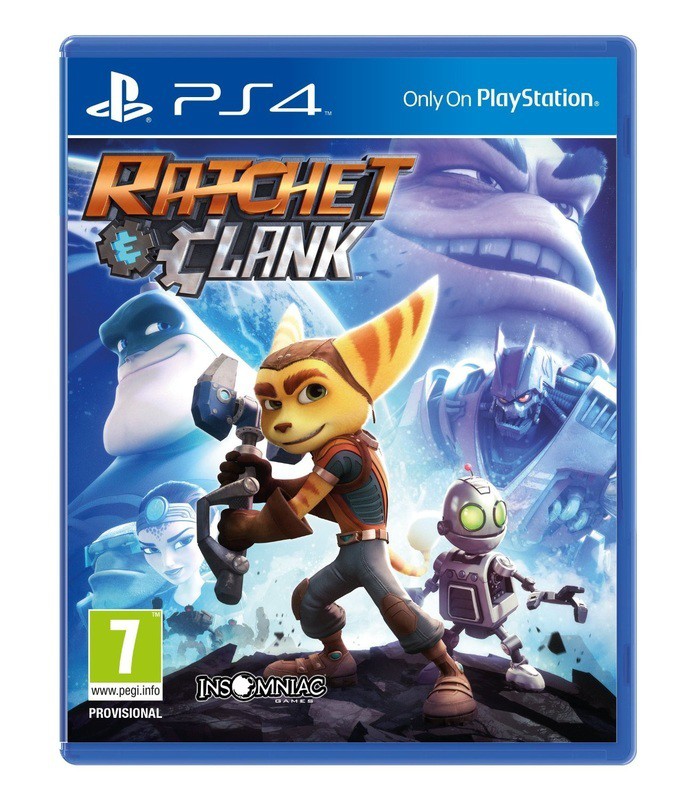 On a junkyard planet in outer space, players are introduced to the main character Ratchet, who is a young mechanic that one day dreams joining the Galactic Rangers.  As part of the game’s tutorial, players will help Ratchet compete in the trials to become a Galatic Ranger.  Unfortunately, despite easily passing the physical challenges, the lead ranger Captain Qwark decides that Ratchet’s criminal past is too blemished to have him amongst their ranks.

The story then introduces Clank, who turns out to be a defective war robot that has escaped the factory where he was being made.  A twist is that Clank’s creator is a former Galatic Ranger, hell bent on unleashing his robot army on the rest of the galaxy.  Fortunately, Clank steals a ship and crashes on Ratchet’s planet, whom he warns of the impending invasion and asks for help getting the message to the Galatic Rangers HQ.  Queue the start of an epic adventure for Ratchet & Clank, which by the end of the game sees their importance to helping the Galatic Rangers fight increase significantly. 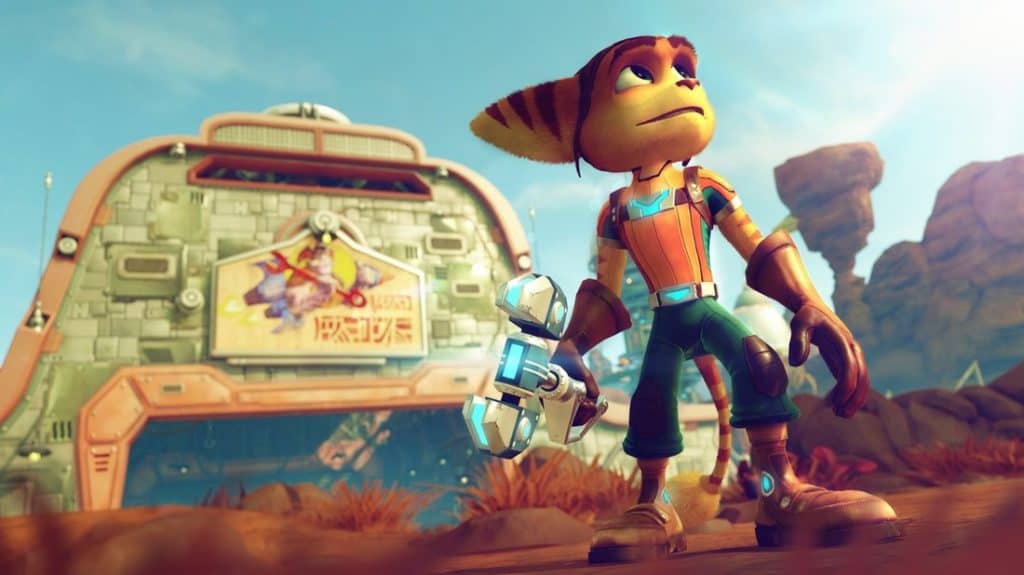 If you’re wondering what type of game is Ratchet & Clank, quite a lot if it’s gameplay could be considered a traditional platformer, however, once Ratchet acquires a weapon, cover and shooting soon becomes a big part of the game.  Playing through and watching the story unfold is just as immersive when compared to watching the movie at the cinema (if not better).  For a game that’s aimed at a younger audience, I would say it’s one of the most beautiful looking games out on PS4.  The controls are tight and responsive, which is needed for those levels that require precision timed jumps.  The upgradeable weapon system keeps things interesting when progressing through the story, so there’s more incentive to continue playing until the end.  This is achieved through a token collecting system, which has you smashing all crates found in levels,  the rewards are in-game currency and experience points. 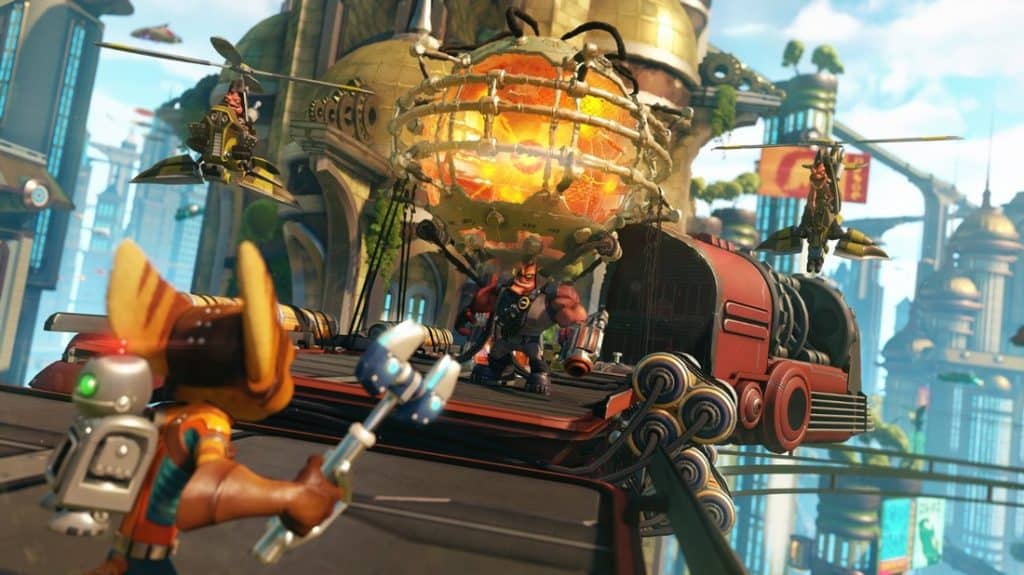 With long summer days ahead, this is easily a game to let the kids play during those quiet times, or even a few hours before preparing dinner.  Alternatively, this is a game that will serve a nostalgic adult very well.  Either way, if you’re familiar with the characters or new to the series, you’ll have a difficult time turning the game off.  For me, Ratchet & Clank is an easy recommendation for video game players.  It looks great, plays amazing and offers something a little different to most other games already out there on PS4.

The is rated PEGI 7 and can be purchased from most game retailers online and from the high street.  Currently, you can buy the game from Amazon for just under £20.00, which is an absolute steal.