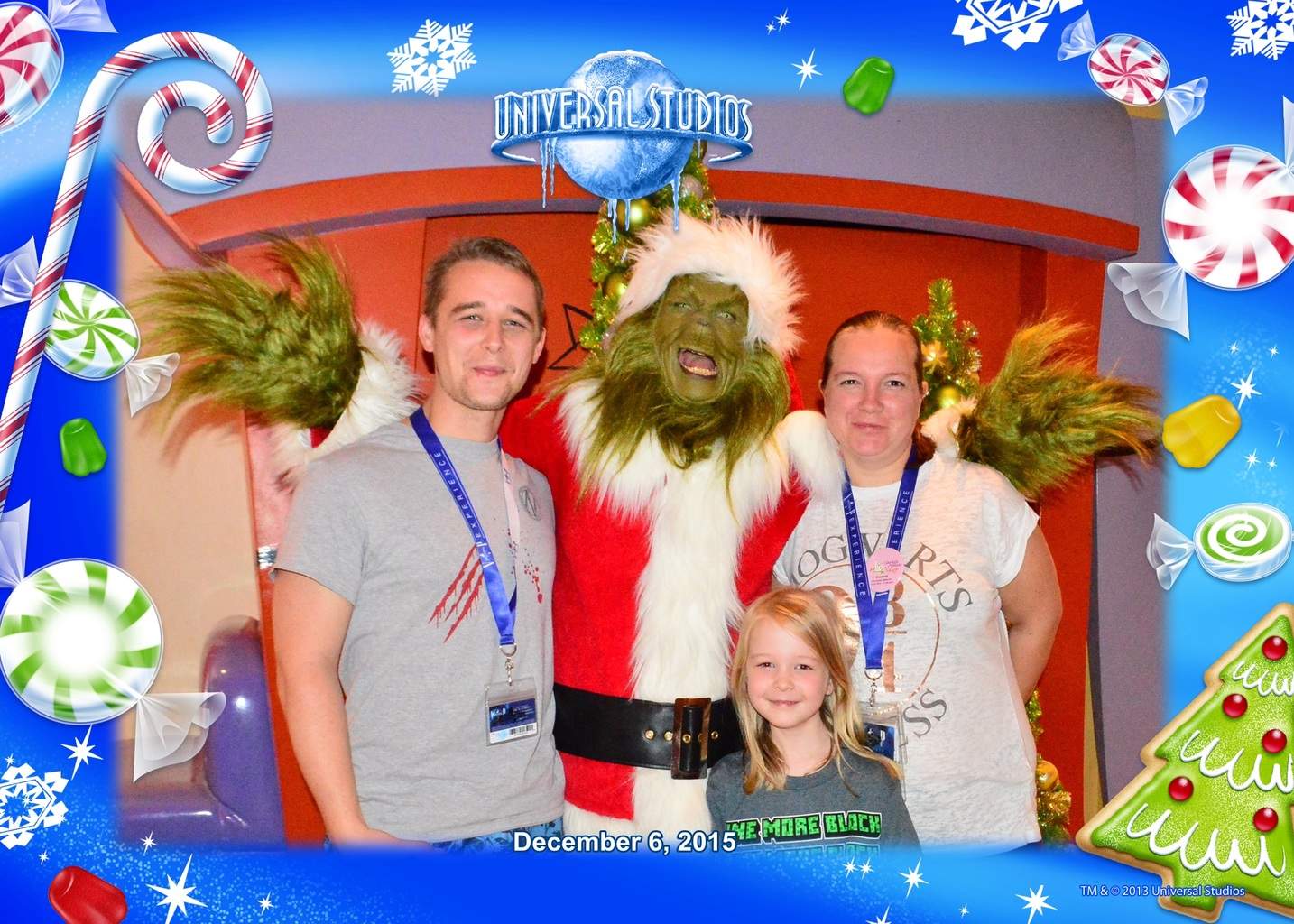 With Green Eggs and Ham on the menu and the promise of a really grumpy Grinch, we couldn’t pass up the opportunity to have breakfast with our favourite green Christmas character. Breakfast with the Grinch (which is only pre-bookable on the UniversalStudios.com website, not the .co.uk site) cost us just under $100 which was about £65 at the current exchange rate. The food was simple yet satisfying and included a choice of 5 combinations as well as drinks and a pudding. It was more than enough food to fill us up but that wasn’t why we were there. 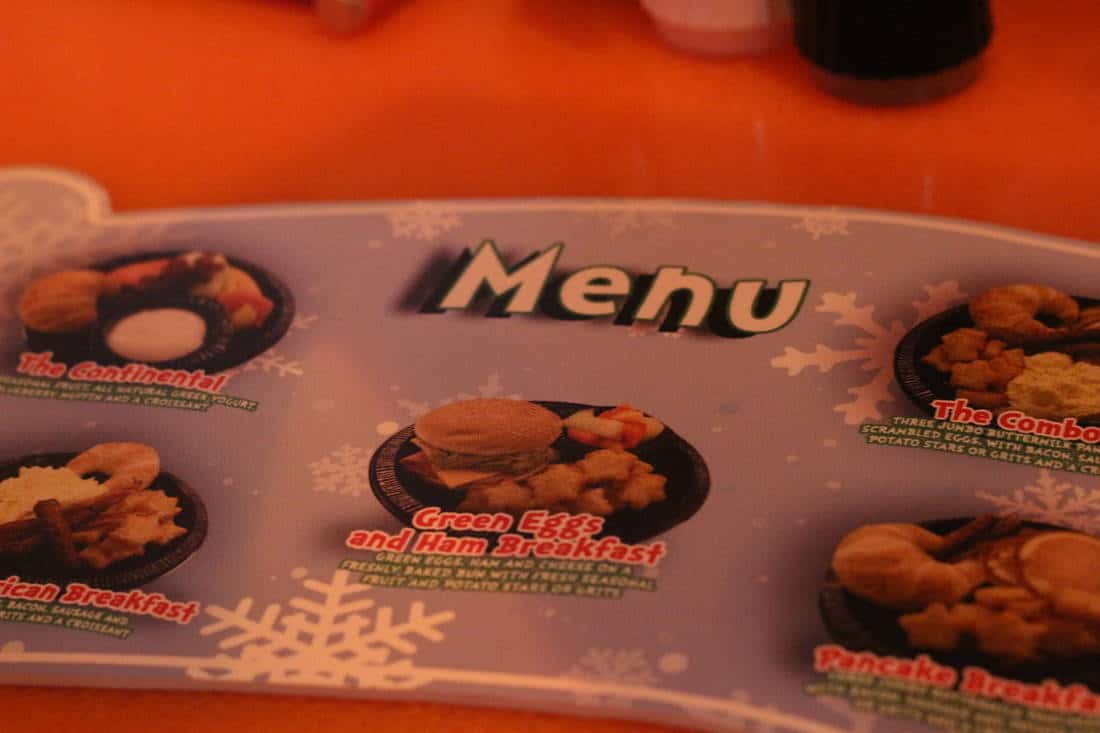 I love all of the Dr Seuss characters and both girls know them well as we have a lot of the books in our house that we have read to them over the years. At the breakfast we got the chance to meet The Cat in The Hat, Thing 1 and Thing 2 and Guy (From the book green eggs and ham). They were all fantastic and lots of fun with Thing 1 and Thing 2 being particularly cheeky. 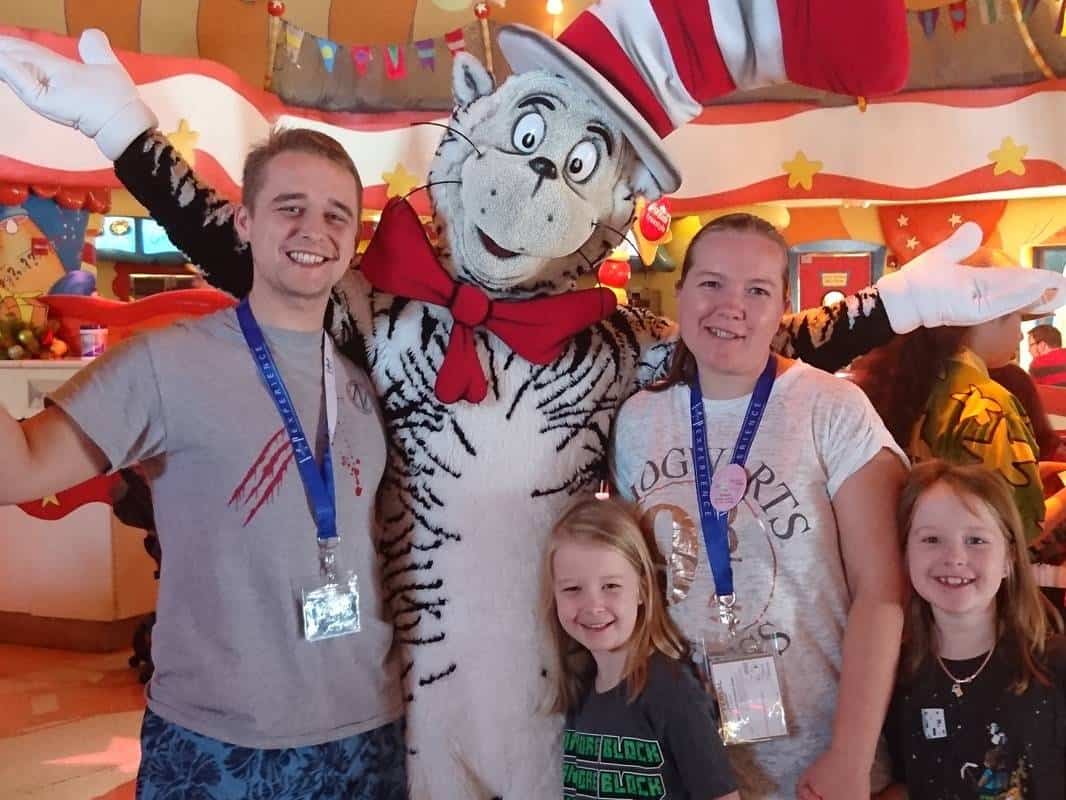 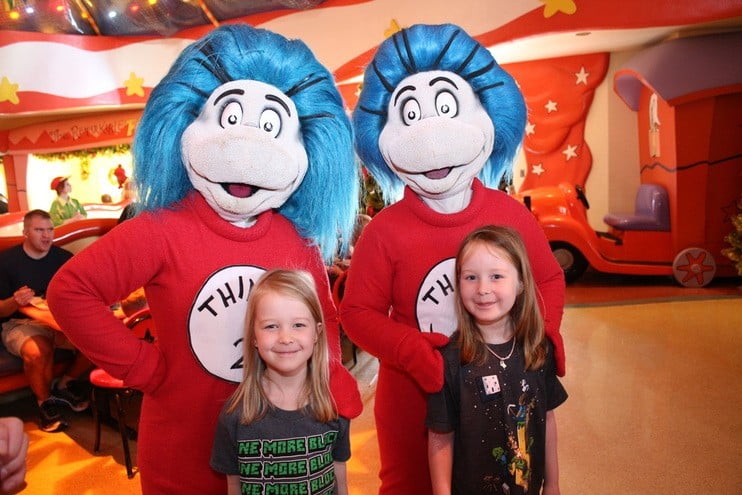 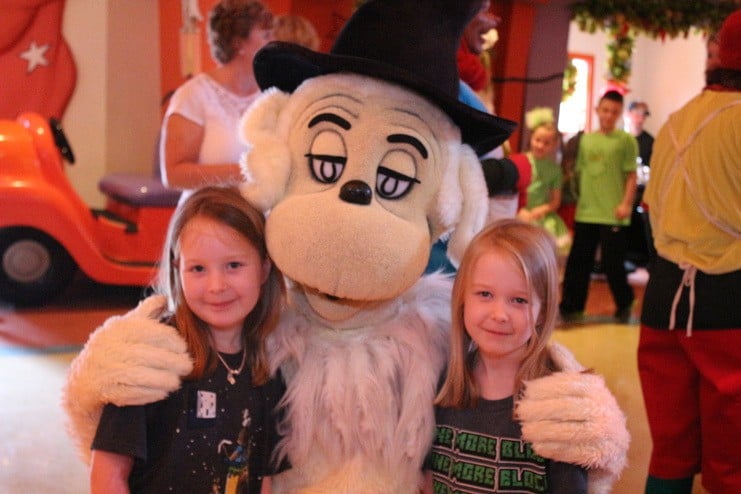 As we were in Whoville we were also entertained by a variety of Whos including the “twins” below and a whole who choir who sang some happy wholidays songs. 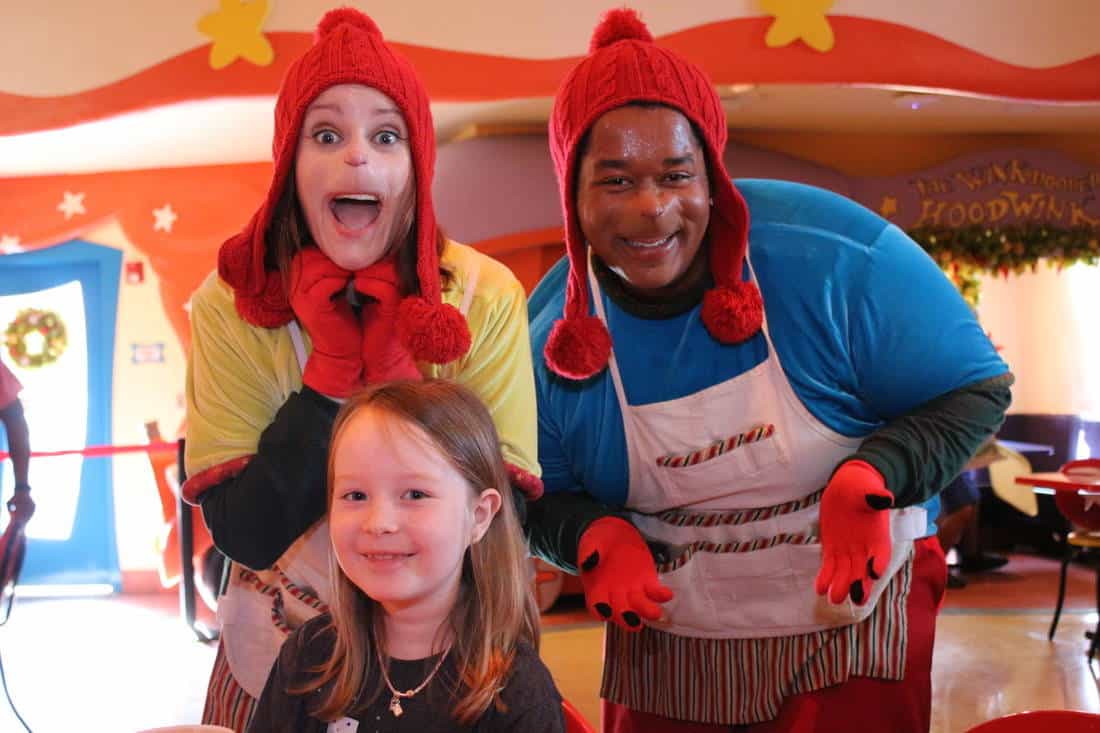 The star of the breakfast and the reason we were there had to be the Grinch. He was moody and stroppy and grumpy and cheeky and just completely fabulous. He spent about five minutes with us messing around with the kids, moaning about the women who was accompanying him, complaining about all the whos and their wholiday celebrations, talking about eating all the who beast and even throwing away the pen that he used to sign his autographs. In fact, the bottom picture of him on the floor was because he got told off for throwing the pen so he had to go and get it from under the tree. 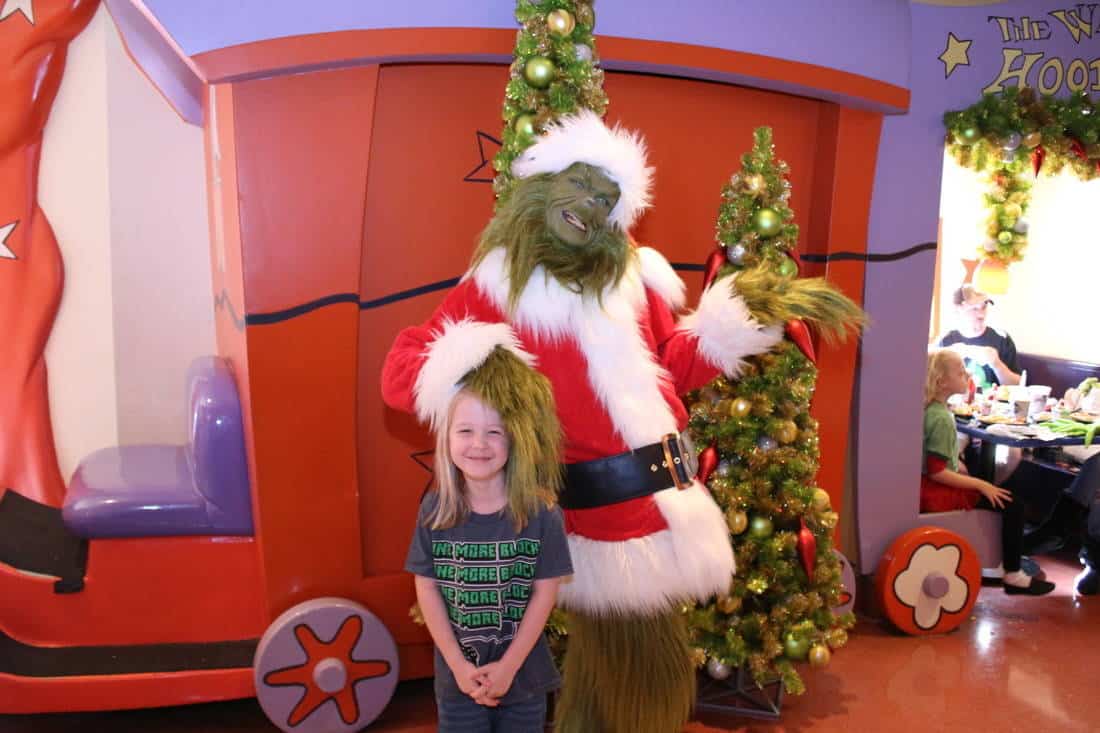 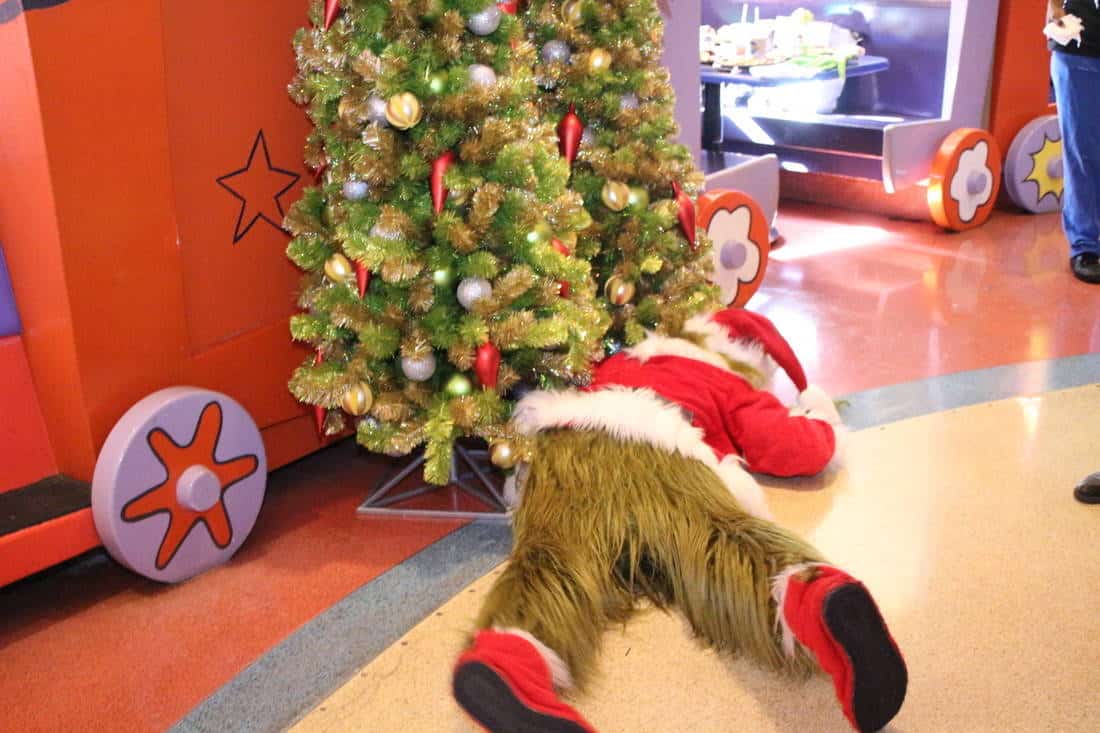 The Grinch really was as Grinch-like as you could possibly imagine and he made the whole experience unforgettable and one that we would like to relive again and again and one I would recommend to everyone old and young. 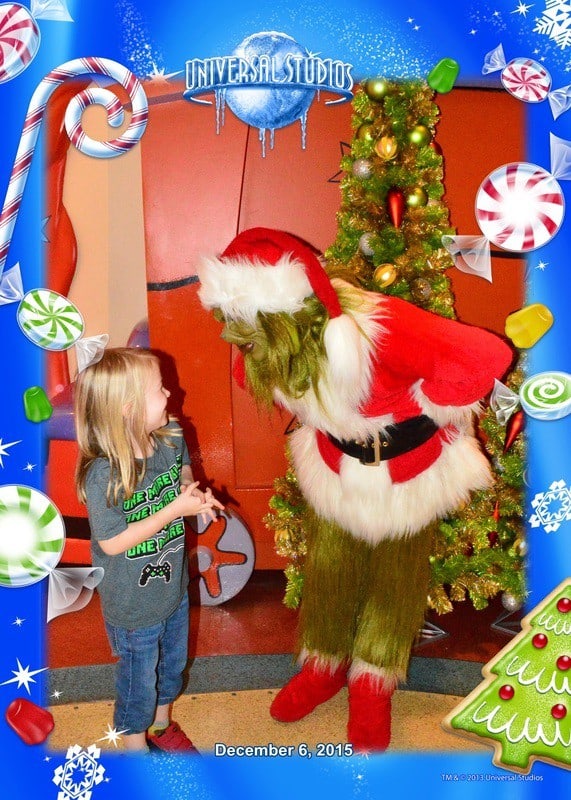 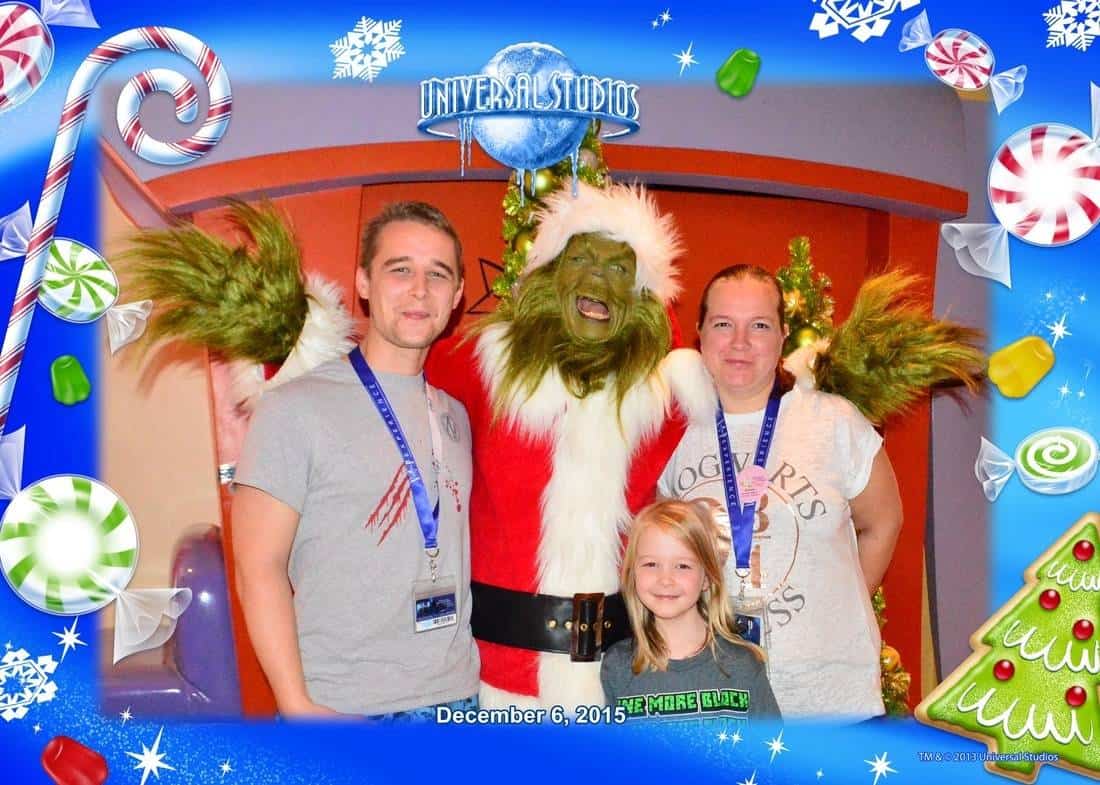