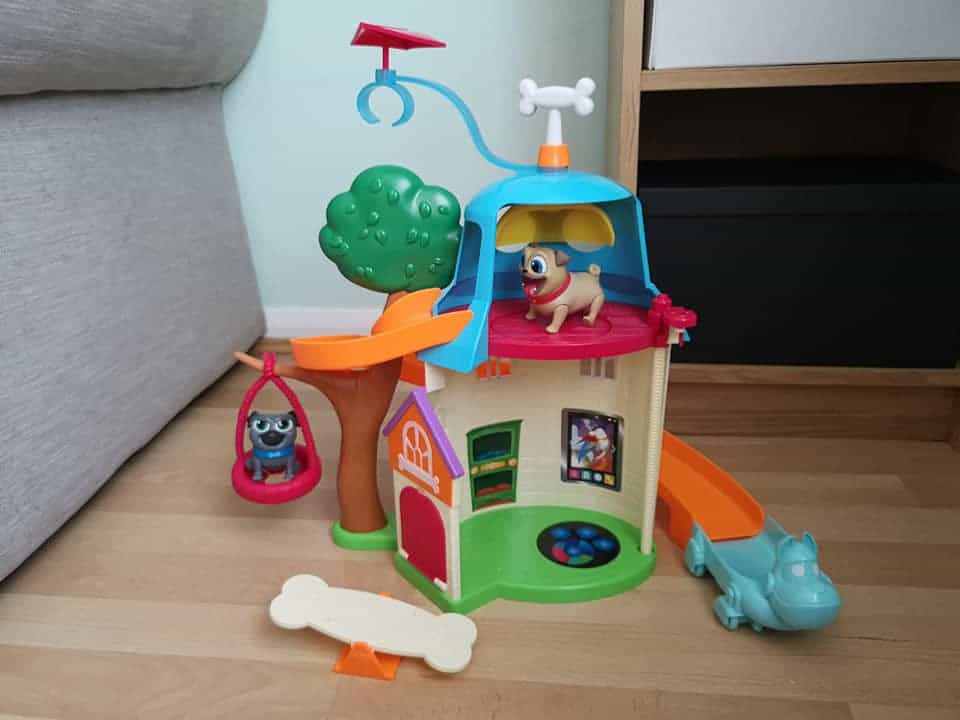 We are huge Pug fans so when I heard about Puppy Dog Pals I was very excited. Puppy Dog Pals is a tv show on Disney Junior that follows the adventure of two Pugs called Rolly and Bingo.

We are taking part in a twitter party on 15th August from 1 pm and to get ready we were sent a huge variety of the Puppy Dog Pals toys to review. 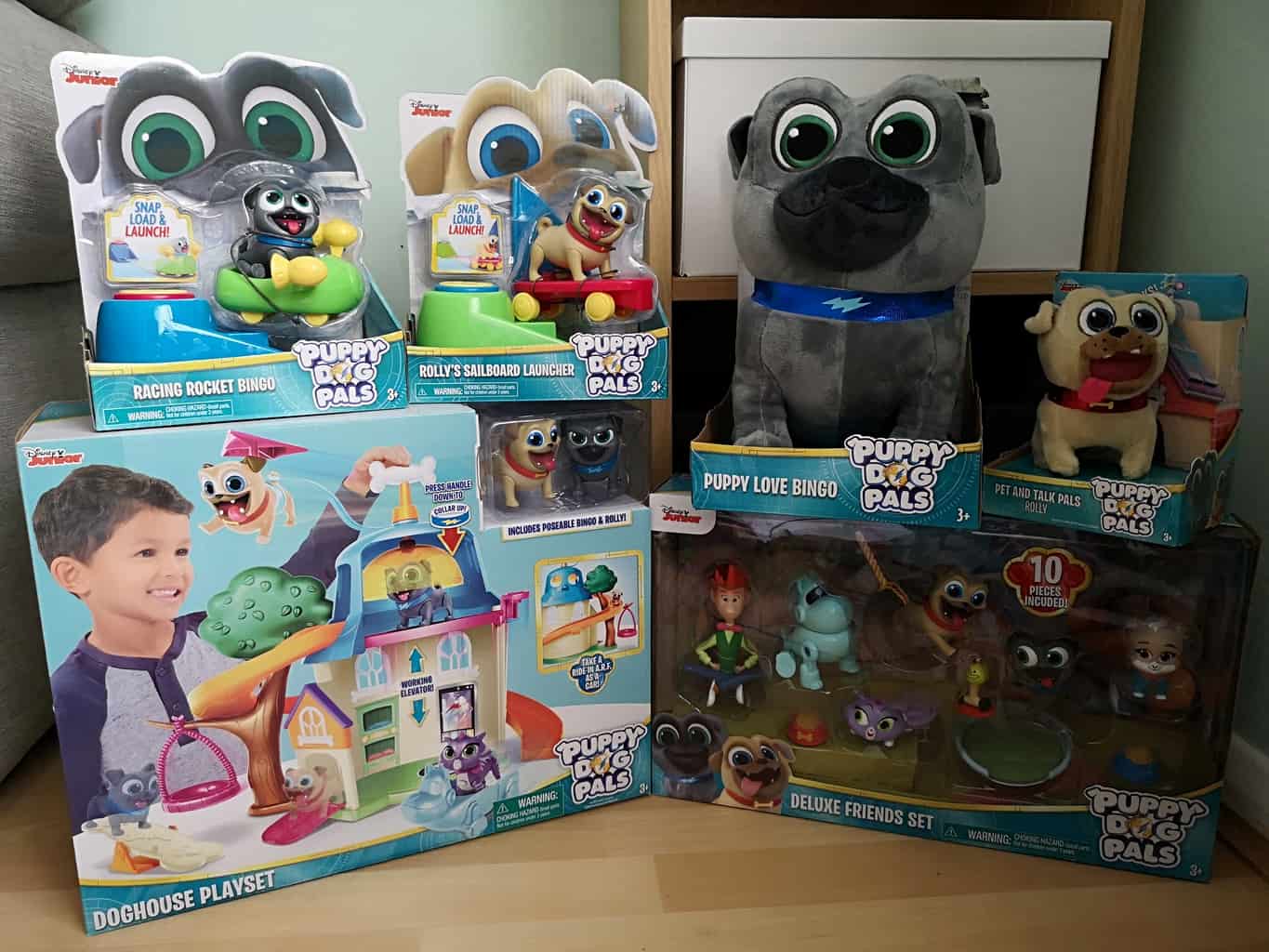 The Puppy Dog Pals Doghouse Playset costs around £29.99. It was easy to put together with only a few bits needing to be clipped into place. The playset comes with a Bingo and Rolly figure, a tyre swing, a lift, seesaw and a spinning glider. The two-story playset also comes with a slide and an A.R.F. (as vehicle) figure. This has lots of places to play and can allow kids to emulate the tv show. 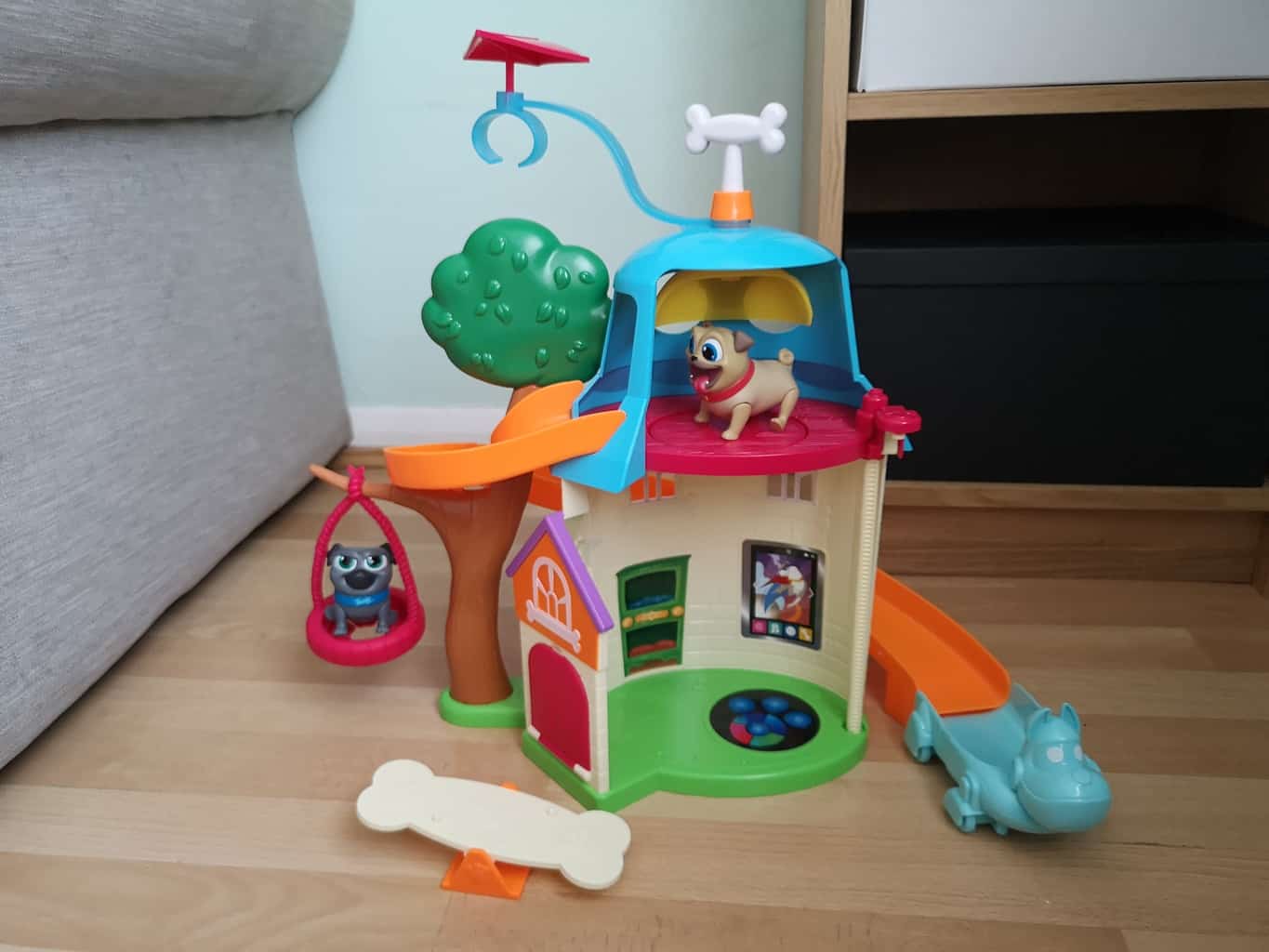 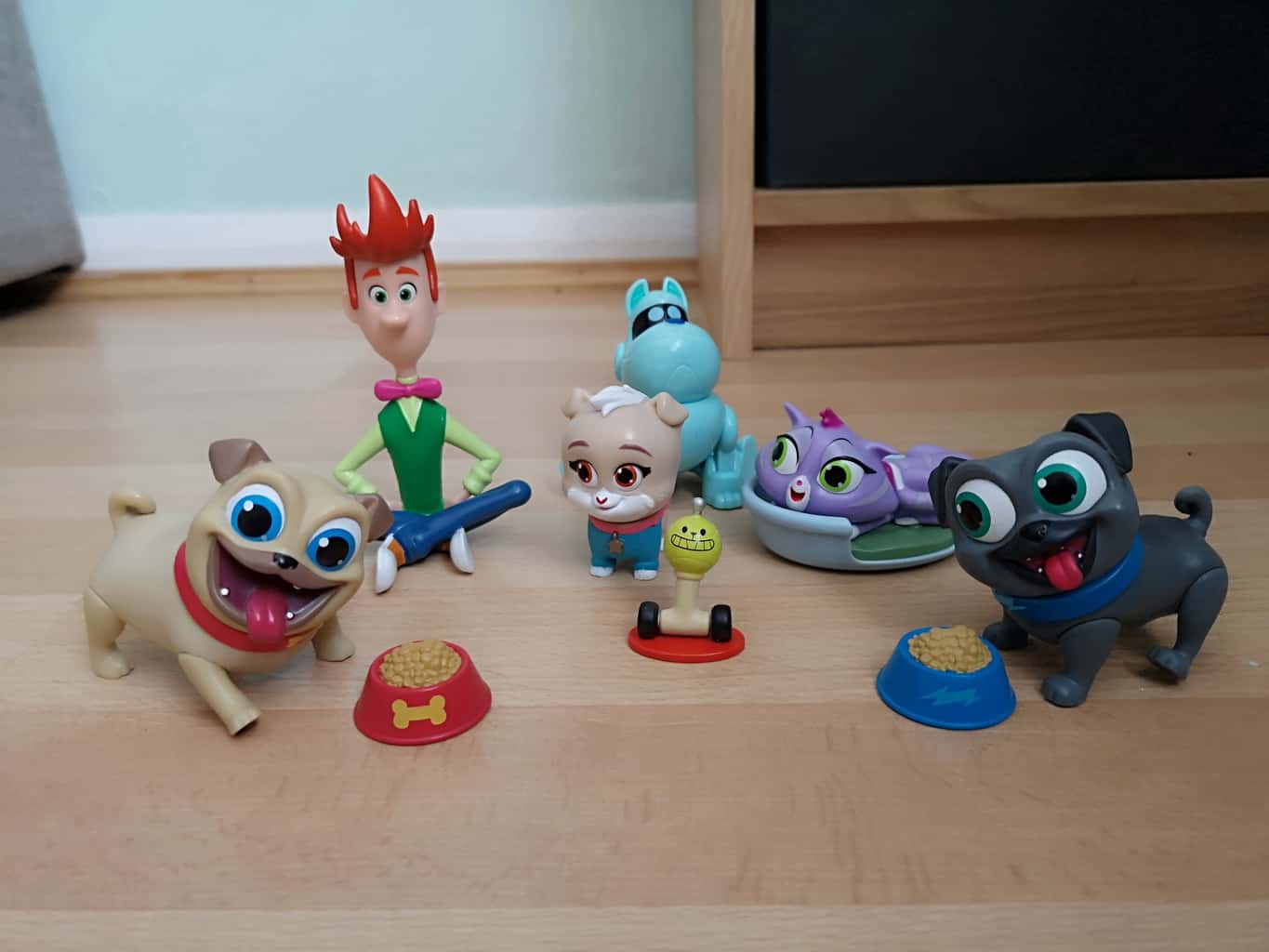 The Puppy Dog Pals Figures on the Go retail at £12.99. To play with these figures you place them on their vehicle and push back the button on the launcher, insert the vehicle and then press down on the paw-print to watch them shoot off. These are really robust and have articulated legs which means they can stand up or sit down. The figures stand on their vehicles securely and don’t fall off when launched. 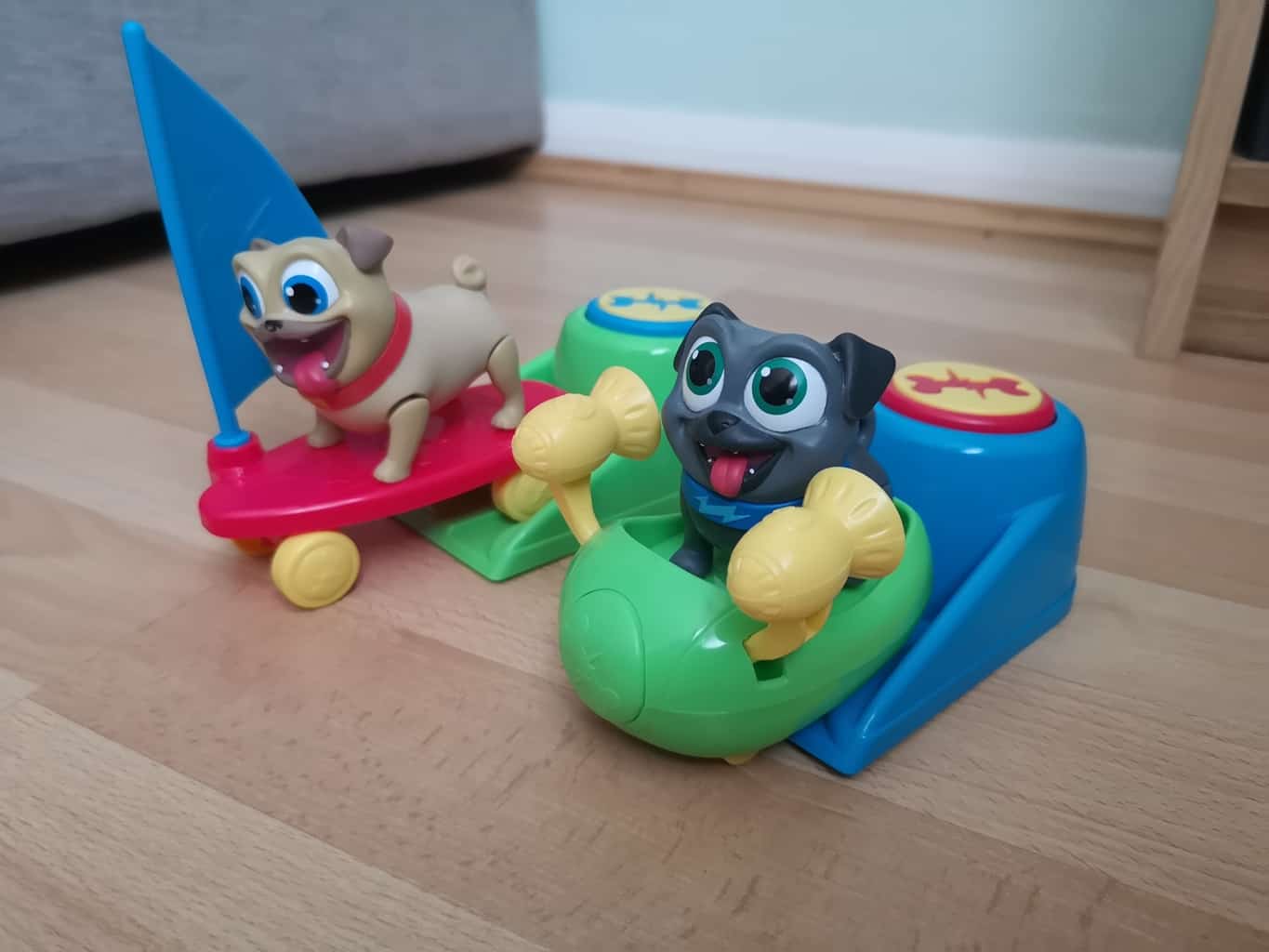 The Puppy Love Plush are available as both Bingo and Rolly. They retail at around £16.99 and are soft and cuddly. They are around 30cm in height and can sit/stand up by themselves and have a soft plush outer. These are not feature plush so they don’t make noises which makes them a great bedtime plush. 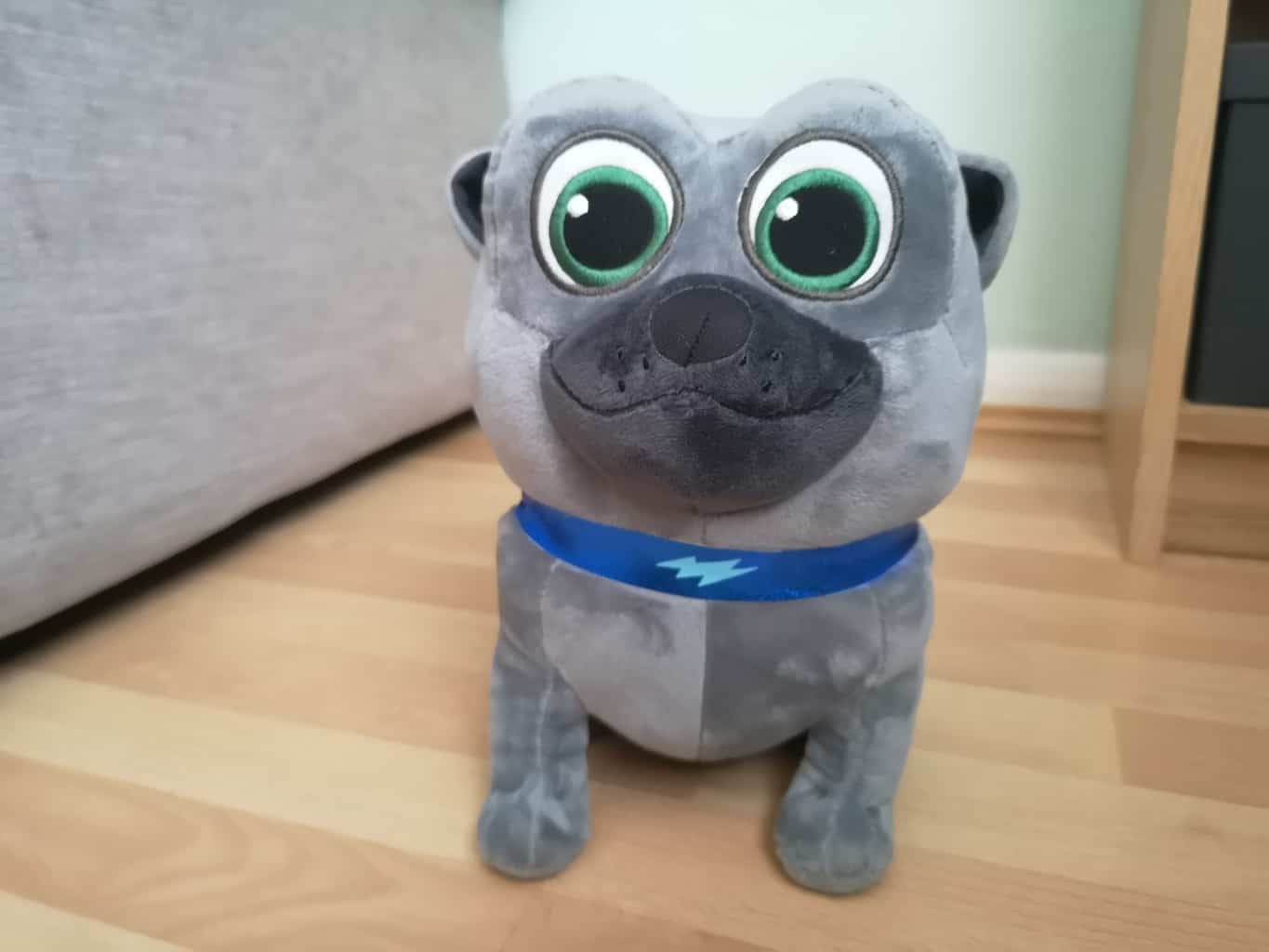 The Pet & Talk Plush Pals retail at around £9.99. These 4″ plush figures move their heads and produce over 10 sounds and phrases from the show when you press the button on his back. They are a great size for young kids to play with and the sound effects allow them to bring the show to life. 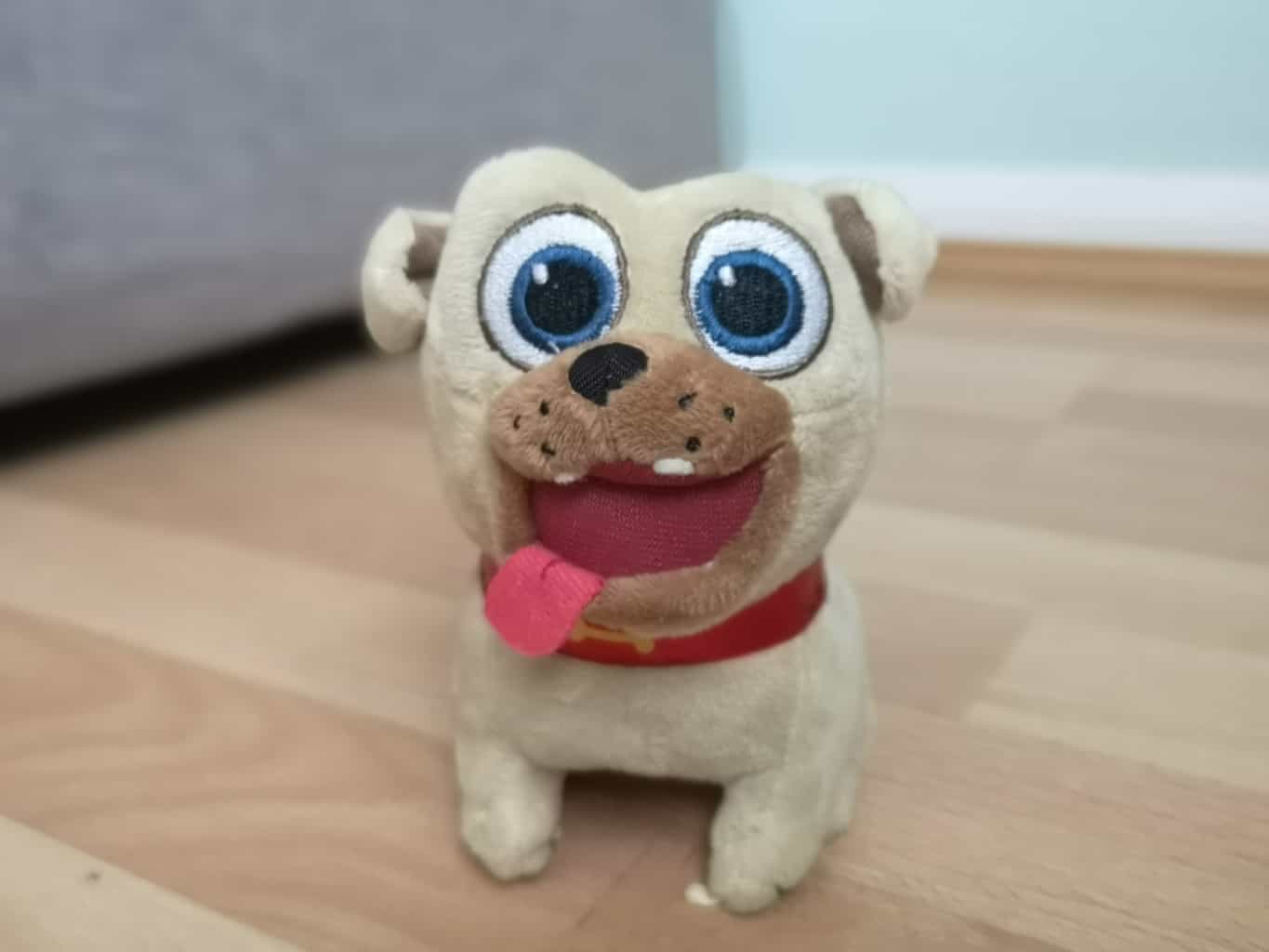 We had great fun playing with the toys and we can’t wait to post our party and join in on twitter. Don’t forget to join in with us. 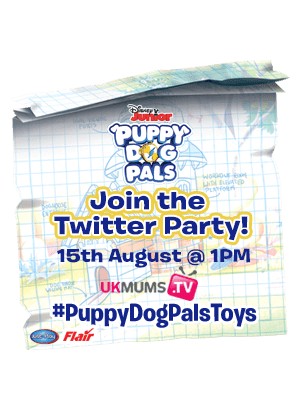