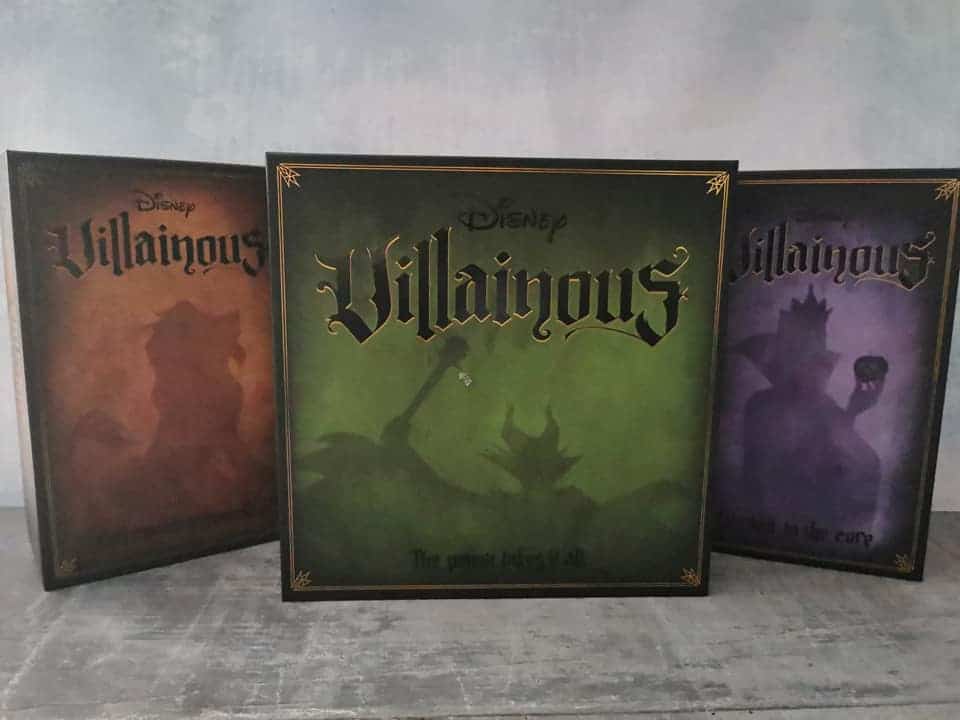 As a family, we love board games and the more strategy needed the better. Although my girls are only 10 and 11 they love playing games that are aimed at the older generation. Disney Villainous is one of those games. Recommended for ages 10 plus this is a game that requires you to concentrate, not just on what you are doing but also what the other players are doing. As you can see from the picture below there are a variety of Disney Villainous sets available and I will explain them below.

We own three of the Disney Villainous games and we are eagerly awaiting the next expansion page to be released very soon. Each box contains different characters and although the smaller packs are called expansion packs you can actually play them without having the original set. 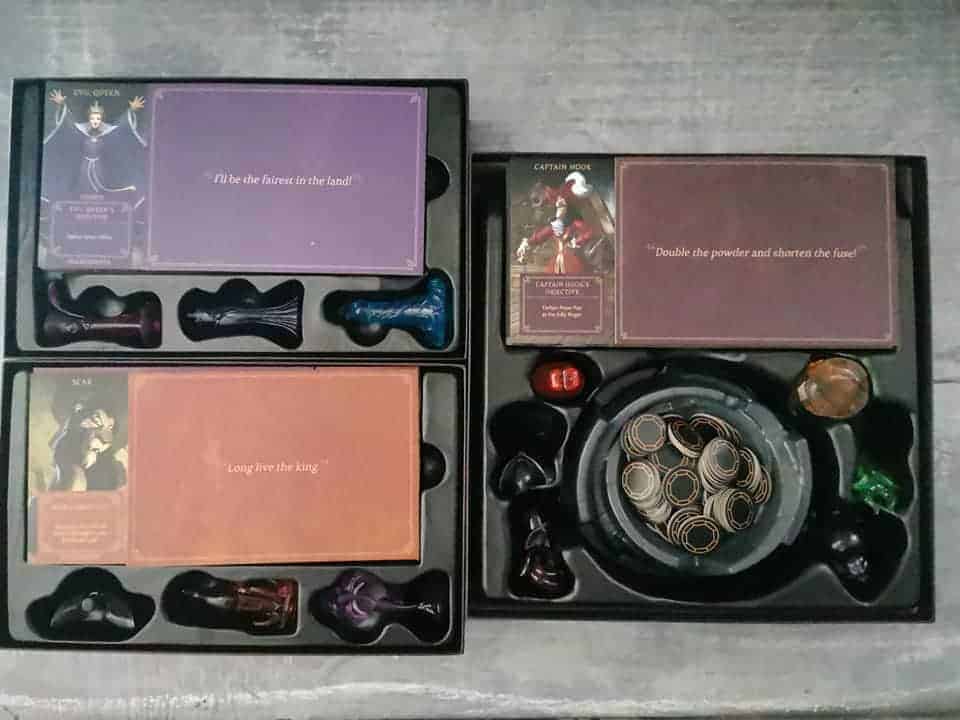 The large box contains 6 characters and then the expansions contain 3 characters each. All of these characters are villains from some of our favourite Disney films. You choose your character and complete the mission that is special for that character. You also get power tokens, a playing board per character, Fate and villain card decks per character and in some cases a lock symbol which is placed on locked locations on the playing board of some characters. In the box, you also get 1 fate token which is used to block fate attacks when a few of you are playing. 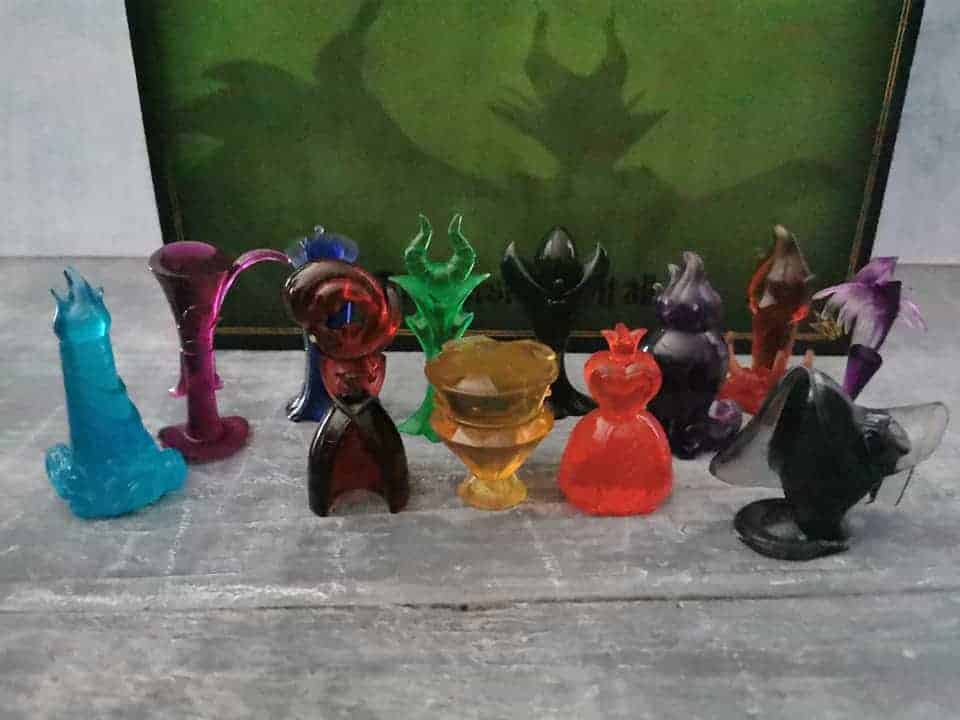 The characters are as follows

Disney Villainous Wicked to the core Expansion – the Evil Queen from Snow White, Hades from Hercules, and Dr Facilier from The Princess and the Frog. 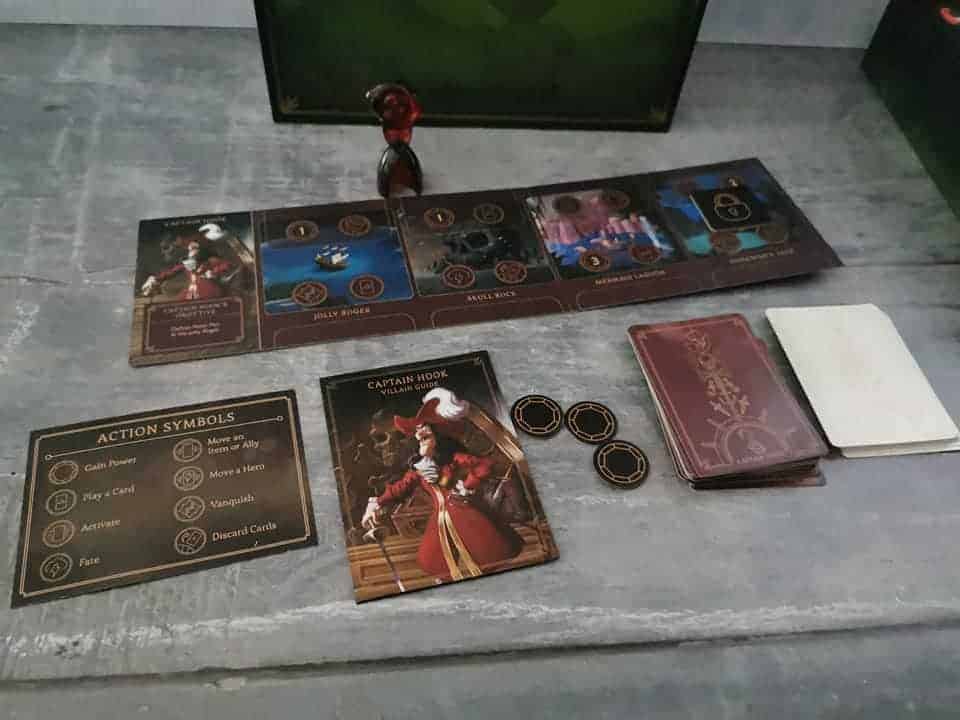 Choose your Villian and then take your board, Villain mover, Villian cards, Fate cards and a lock if you have a locked location. You also need to read your villain guide which will help you to plan your strategy to complete your task. Every villain has a different goal and the first villain to complete their goal wins so you need to pay attention to what others are doing as well as what you need to do. 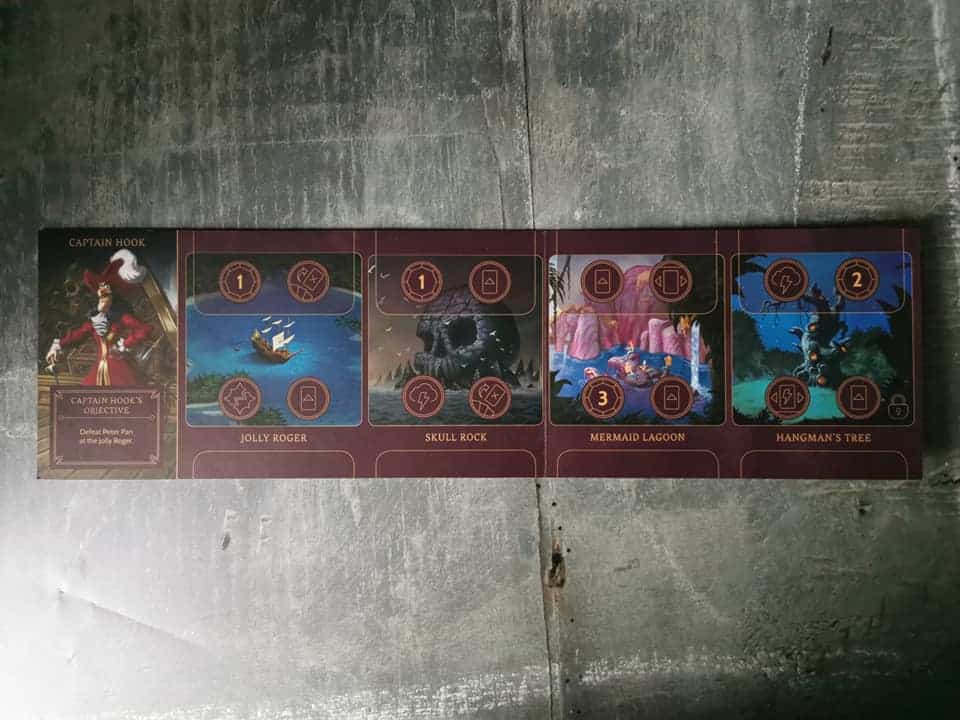 When you move along your board from location to location you get to perform the actions shown at that location. If a fate card has been played to the top of a location it blocks off those actions. You can perform all actions or just choose a few to perform. The actions include gain power, play a card, activate a cards power, fate another player, move an item or ally, move a hero, vanquish or discard cards.

Every villain is played differently but you start in the location furthest to the left of your board, you have 4 villain cards in your hand and a number of power tokens depending on how many players and the order of play. If you have a locked location place the lock card on that location.

The villain cards and fate cards need to be read carefully and instructions need to be followed carefully as these all differ from villain to villain. Some villain cards depend on other players, some add special powers or an ally to your board which helps you to defeat heroes and some allow you to find the object or characters that you need to be able to unlock areas or win the game.

Knowing the objectives of the other players allows you to strategically plan who to fate and when and also which fate cards to play. When you land on a fate action you choose a player to fate and draw the top two cards. You can then choose which one to use in most cases although sometimes you have to play a certain card or play both.

Disney Villainous is a complicated game that takes around 40 to 60 minutes for a three-person game although be warned our first game lasted over 2 hours as we took our time to learn the game properly.

We are looking forward to adding the Disney Villainous perfectly Wretched expansion to our collection later in the month which includes Cruella de Vil from 101 Dalmatians, Mother Gothel from Tangled, and Pete from Steamboat Willie.

If you really want to understand how to play take a look at the video available here ravensburger.com/disneyvillainousgameplay