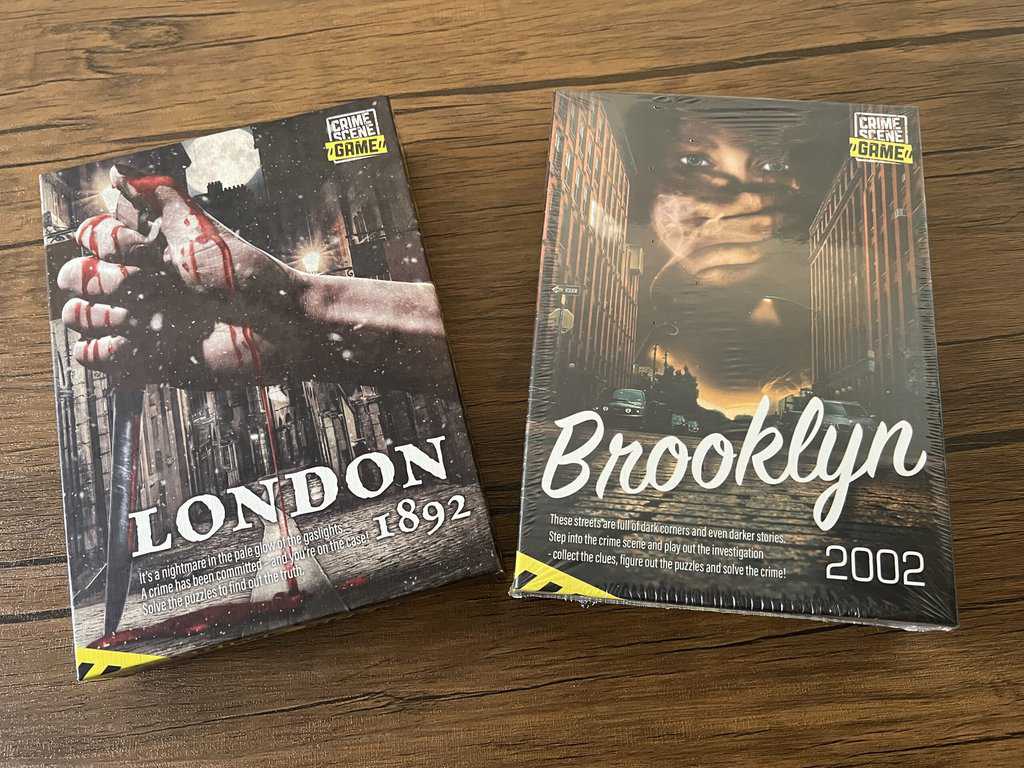 We are huge fans of puzzle-type games in our family from escape rooms to criminal case files. When I became aware of the Crime Scene Games from Tactic, I couldn’t wait to give them a try. I was sent the London and Brooklyn files. We decided to start with the London Files as they were set around the Jack the Ripper cases which definitely got us intrigued.

Inside the box, you have a crime scene image, evidence cards, crime file cards, hint cards, reputation cards, a story booklet and a guidebook.

The guide talks you through how to use the various cards, the symbols to look out for and how the cards link together to help you to continue the story.

The story is broken down into numbered paragraphs which are important when using some of the evidence. You start by reading the first part of the book before following the first clue and seeing where the evidence takes you.

At the end of the case, you need to turn over the reputation cards and lay them out in number order. These will spell out a hunch which will help you to make the right choice. Take the card that matches your choice and read how the story ends.

This was great fun, it wasn’t too easy and we were stumped in some places which made it more interesting. There were some predictable elements and some of the evidence was down to observation rather than solving any issues but this variation allowed the case to move forward.

We definitely recommend the Crime Scene Games for fans of escape rooms and criminal case files.