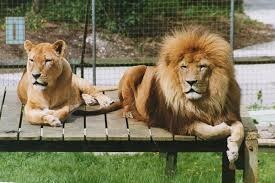 The UK’s only combined theme park, zoo & holiday resort, Flamingo Land, based in North Yorkshire makes for a fun day out for all the family.

With 8 roller coasters including Hero, the suspended flying coaster, which opened in 2013 and 2 water slides (Splash Battle and Lost River Ride) adrenaline loving children will be very happy. Making life easier for parents is the “Q-Buster” virtual queue system, which costs £2 per person per ride, is available and allows you and the family to explore the park rather than queuing for the more popular rides.

Alternatively Flamingo Land boasts a host of more than 120 different exotic species from zebras and hippos to meerkats, sea lions, tigers and new for 2014 red pandas and the new Penguin Coast. I recommend catching a Keeper Talk or attending a Meet a Creature session (my favourite is the reptile one), both of which are included in the admission. 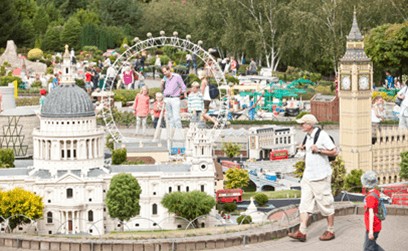 Based in Windsor, roughly an hour from central London, Legoland continues to attract families from all over to enjoy the activities with more than 2 million visitors per year enjoying the host of lego-themed rides and games.

Legoland is split into eleven themed areas: The Beginning, Imagination Centre, Duplo Valley, Miniland, Traffic, Adventure Land, LEGO City, Pirate Shores (New for 2014), Knight´s Kingdom, Land of the Vikings and Kingdom of the pharaohs and each incorporates rides, restaurants and shops. My favourite is Knights’ Kingdom which features a Dragon roller coaster that starts inside a castle before travelling around the area at speeds of around 30 miles per hour.

I have to admit that my favourite sight at Legoland is Miniland – a miniature collection of towns and cities from around the globe made out of Lego bricks at 1:20 scale. Animated models bring these mini-civilisations to life with cars coasting along roads, trains stopping at stations and boats powering through the waterways. This amazing spectacle is run by 14 computers and uses 300km of underground cabling. Learn more in this Ultimate Guide to Legoland. 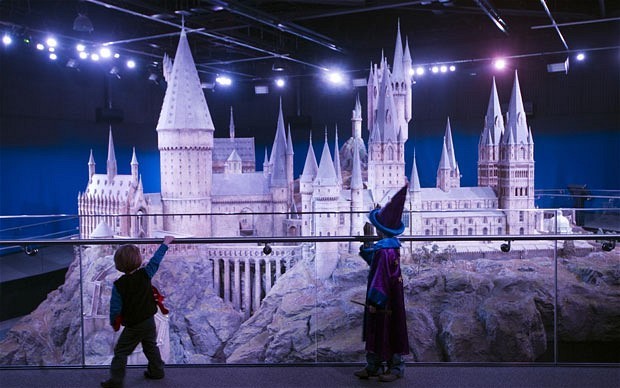 Accio wand! If you and your family are big fans of J. K. Rowling’s Harry Potter series then this is the place to visit for a day of magic and wonder. Located 16 miles North West of central London in Watford, the Warner Bros. Harry Potter Studios houses a huge collection of paraphernalia from the movies including props, costumes and sets.

Take a look at the Gryffindor dorm and explore the pensive in Dumbledore’s office before delving into Professor Snape’s dingy dungeon – be sure to watch out for those self-stirring cauldrons! The studios not only have smaller items on display but also some huge installations including the ‘Magic is Might’ statue, the Knight Bus and a row of houses including the infamous Potter Cottage of Godric’s Hollow.

One of the main highlights of the Harry Potter studio is the breath-taking Diagon Alley set complete with Ollivanders, Flourish & Blotts and Weasleys’ Wizard Wheezes. My favourite display was the astounding model of Hogwarts showing the buildings and grounds of this magical school.

Don’t forget to pop into the gift shop to pick up some essential supplies such as wands, every flavour beans and cuddly hippogriffs! Get your tickets here: http://www.wbstudiotour.co.uk/