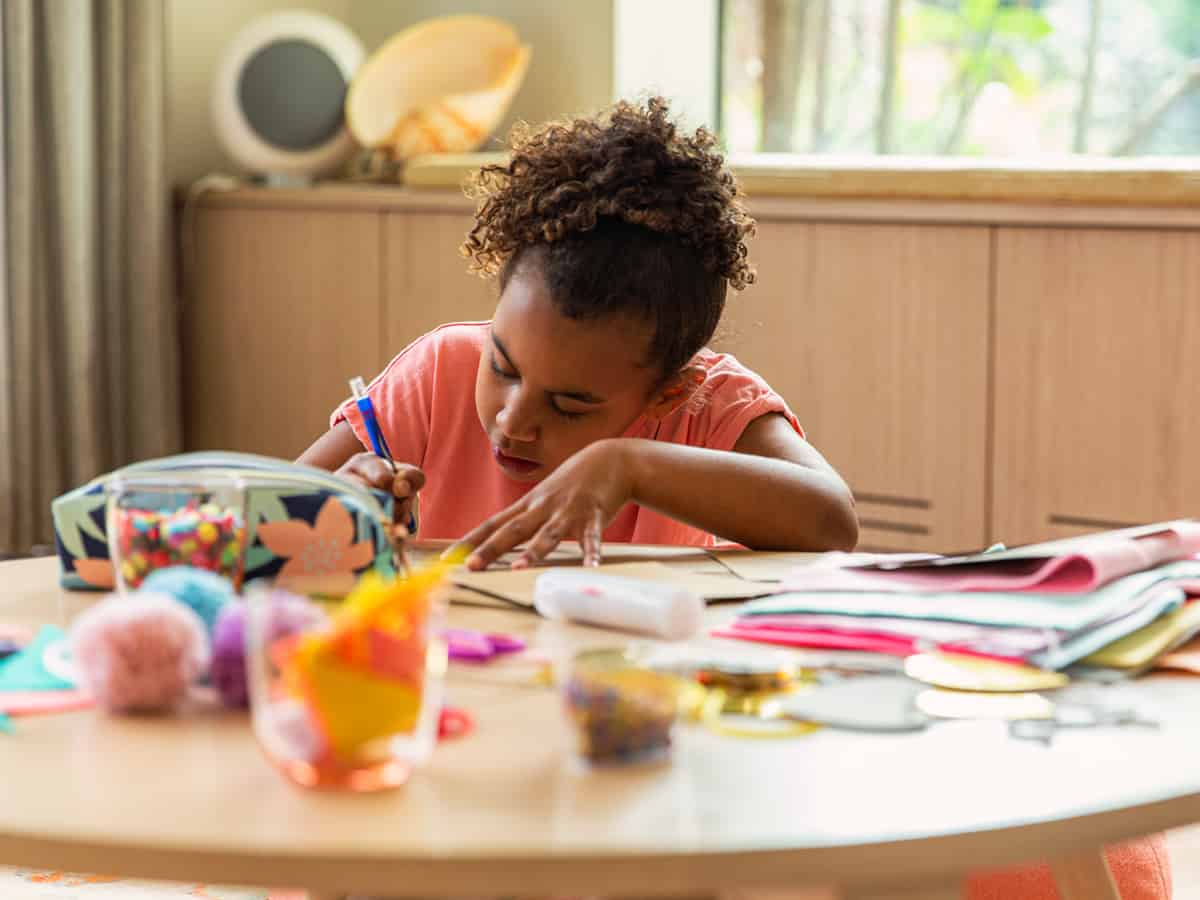 Just as moths are attracted to any sort of light, so too are children of all ages and finding ways to keep kids occupied away from their devices can be tricky. Whether it’s a television, film, or phone screen, it shines with so many possibilities of entertainment that everything else seems to literally dim in comparison. While it is time to acknowledge that too much screen time is not necessarily bad for your eyes (unless everything else around you is dark), it is certainly bad for one’s mental health and cognitive development.

Now we are not suggesting that you toss your mobiles in the trash, unplug everything and live off the grid (although sometimes that sounds pretty appealing). Despite its drawbacks, there is no way you can (or should) keep laptops, tablets, and phones out of your child’s hands, as it is so dependent on social interaction today, and will continue to be so going forward. The best way is to manage their time on these devices responsibly. One of the options is putting time locks on these devices so they can only be used for a certain amount of hours per day (many video game consoles also offer this). Another is simply having a conversation with your kids about the positives and negatives of using phones and iPads all the time (now whether this approach will work is going to be dependent on how reasonable your kids are). You could also look at what they are doing on their devices and recommend educational or free games that they can play.

Of course, instead of simply restricting them, the better way is to give them better options. There are a few child-focused and family-friendly activities that don’t require batteries and will help you to keep your kids occupied.

Even though podcasts and audiobooks are all the rage for all ages, the downside is that people become worse at reading the words on a page (and also worse at writing them) when it only comes through the ear.

In terms of childhood development, making sure they can read well is a huge leg up when it comes to education, and the earlier you start, the better position they will be in going forward. Of course, beyond that responsible reason for getting them to love reading, there is also the hope that it will shut them up for an afternoon once they get their nose in a good book.

Sure you’ll have to be the one reading and acting out the voices early on, but once they grasp the basics, they will be off to the races. As they get older, if this wonderful habit keeps, it will give you and your partner time to do everything from sleeping to taking a quick evening trip to the Capital or catch up on that racy series about London escorts online.

One great way to make reading appealing is to do it yourself and have them notice. Having a ‘reading hour’ once a week is not too much to ask, and there can be plenty of positives. A room full of books or just a bookshelf will inevitably make them curious about it, even if most of the titles aren’t Dr Seuss or Winnie the Pooh.

Another advantage to books is that unlike expensive electrical devices, they don’t break when they’re accidentally knocked off the kitchen table and make a dive bomb for the hardwood floor.

While plenty of online gaming for kids involves over-the-top fantastical situations involving go-kart races with turtle shells and bananas or punching cartoon characters further and further off a ledge, there can be just as much zaniness in the physical world if you get a box full of puzzle pieces, fake money, and suggestion cards.

So ditch the console or mobile for the time being and play the actual physical copies of the game on the kitchen table. While you might think of Monopoly or Hungry, Hungry Hippos, board games have taken a big leap forward in creativity and challenge, because there are some amazing selections out there.

While ‘Settlers of Catan’ is the big strategy game for those who are a bit older, ‘Labyrinth’ is a good old school version of it for kids of all ages. It is also great to see that some games that are a bit more adult-oriented such as ‘Cards Against Humanity’, where you make hilarious and shocking ‘would you rather’ decisions have been cleaned up in the form of ‘Exploding Kittens’ so kids can take part.

One of the best ways to make a family games night is to keep the schedule a bit on the loose side. Perhaps during the winter making it weekly would make sense, but as lives get a bit busier during the rest of the year, it might only be a once or twice a month event. Nothing ruins what is supposed to be a fun games night by forcing everyone to sit around the table and demand that they have fun.

While real-world events may stress people into staying indoors as much as possible, and while having the kids inside even more than usual is the more responsible (but maddening) approach, there are still ways to enjoy the world on the other side of the same four walls.

Admittedly, it will depend largely on where you live, but even if there is a city or suburban park close by, having kids run around like mad is the best way to have them quiet and manageable when you’re back at home.

Nature hikes on beautiful sunny days can become scavenger hunts. A quick look online and you can find a list of easy to find plants (and maybe bugs) that you can have your kids find and mark off on a list.

In terms of just staying healthy and getting physical activities under their belts, playing a bit of footy on a Saturday or Sunday morning is a good way to have your own family preview of the matches coming down the pipe later in the afternoon (and to see if just maybe your offspring will end up on the pitch someday).