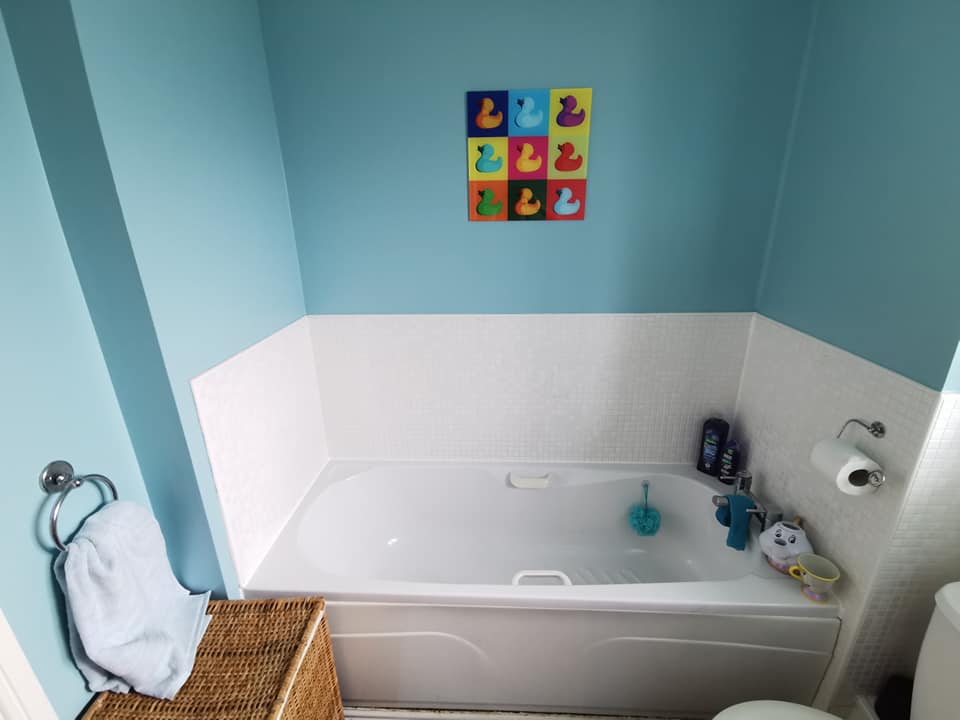 If you have children, you’re probably used to having an audience of toys watching attentively as you attempt to relax in the bath or know that sinking feeling you get when reaching for the shampoo bottle only to find it filled with dirty bathwater instead of your expensive shampoo.

A bathroom is certainly a place youngsters like to play and have a splash about in, but mum and dad are entitled to some relaxing time in the space too, so reclaim the bathroom and browse the following tips to create an area that both kids and parents can enjoy.

Storage is invaluable in family bathrooms, especially if you have young children with lots of toys. To keep your toiletries separate from those of your children, you’ll need to work out how you can split up the storage you have.

Nets fixed to the wall with suckers are useful for keeping toys in, and you might also add a corner storage unit by the bath for keeping your children’s shampoo or body wash. Meanwhile, consider keeping your toiletries in a cabinet close by, or in an alcove within the shower wall out of reach of little ones. This will make them more inaccessible to the children and help you avoid potential mishaps like shampoo in eyes.

A wetroom can be a great idea if you have toddlers or a number of children, as you can get them all washed at the same time with greater ease than bathing everyone together, which can result in the kids vying for space in the tub. A wetroom is basically a very large shower that is not enclosed in a cubicle, although there is often a screen to act as a partition between the wetroom area and the rest of the bathroom.

You can install a single shower head or a couple, and add accessories like hooks to the screen for keeping shower gels or your bathrobe. A wetroom offers more open space than a shower enclosure and also means you can avoid trapped fingers or little ones getting stuck behind shower doors that close with a magnet. In addition, they can offer a freer showering experience when mum and dad need to relax or refresh.

If your bathroom is small, make the most of the space by installing a sanicompact toilet. It is compact and efficient with a built-in macerating system and ideal for basements, too. The toilet is also designed to work with the sink, creating an even functional space not just for the kids but also for everyone in the family.

Be innovative with design

When it comes to designing the bathroom, you’ll need to think about the requirements of the children and adults who will use the space. If your children need a step to reach the sink, think of installing a wall-mounted basin with space underneath for keeping the step out of the way once the children have gone to bed.

With regards to taps, you might be keen on a modern mixer, but this could have the potential for scorching little ones as the water from both the hot and cold taps comes out of the same spout. Some manufacturers make sure that bathroom taps are fitted with a limiter so you can pre-set the temperature, avoiding scalding while allowing you to have the sleek mixer you want.

Freestanding baths are luxurious additions to the bathroom, but you might need to check how deep they are before installing one that your children will use, as well as yourself. Meanwhile, if you’re thinking of fitting a shower over the bath, you might want to look for child-friendly elements, like a short hose that won’t be long enough for a child to wrap around their body, or a longer hose to make washing hair easier.