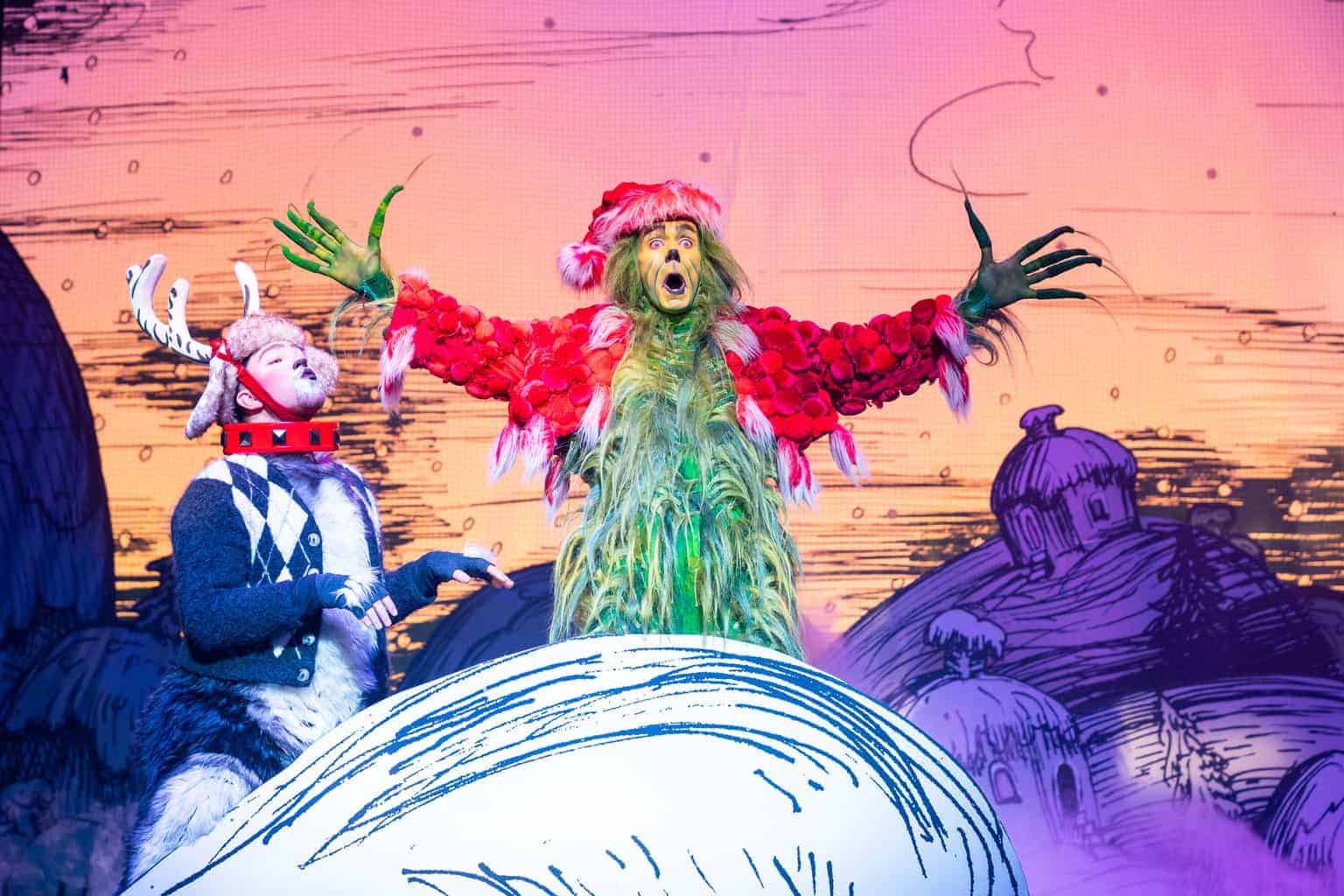 I have to admit that so far this year I have been very Grinch-like. I have not been in the Christmas spirit at all and the Christmas music playing on the radio has just been an irritant to my ears. If there was anything that could help my heart to grow then I hoped it would be Dr Seuss’ How The Grinch Stole Christmas! The Musical.

Last night, I headed to The Lowry Theatre in Salford with my youngest daughter to watch this story unfold in a whole new way. Showing at The Lowry until January 5th this is one show that I think everyone should go and see and the standing ovation that the crowd gave at the end of the performance was well deserved. 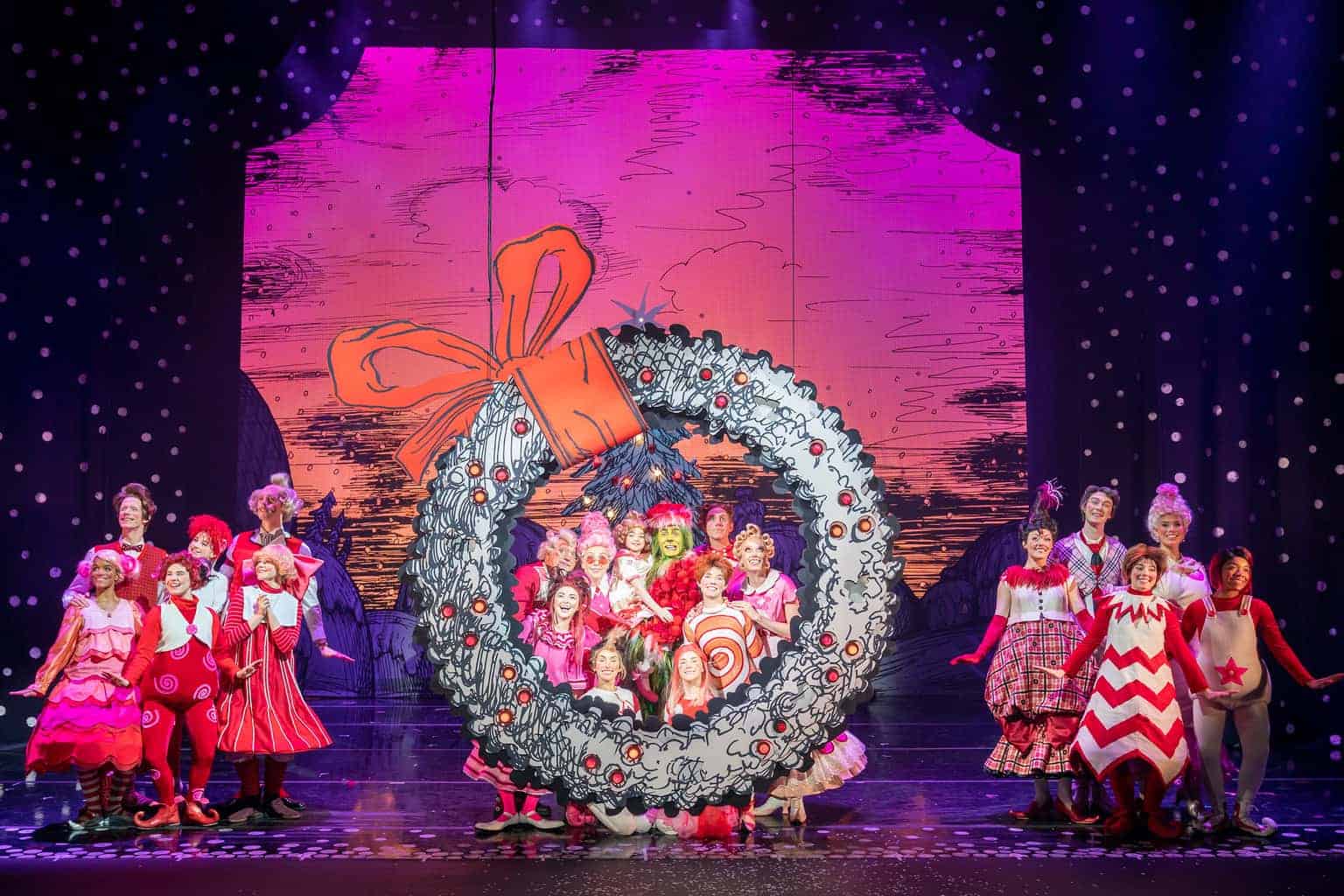 The cast, costumes and set designs brought the book to life whilst the script and the music added a whole new dimension to this amazing tale. 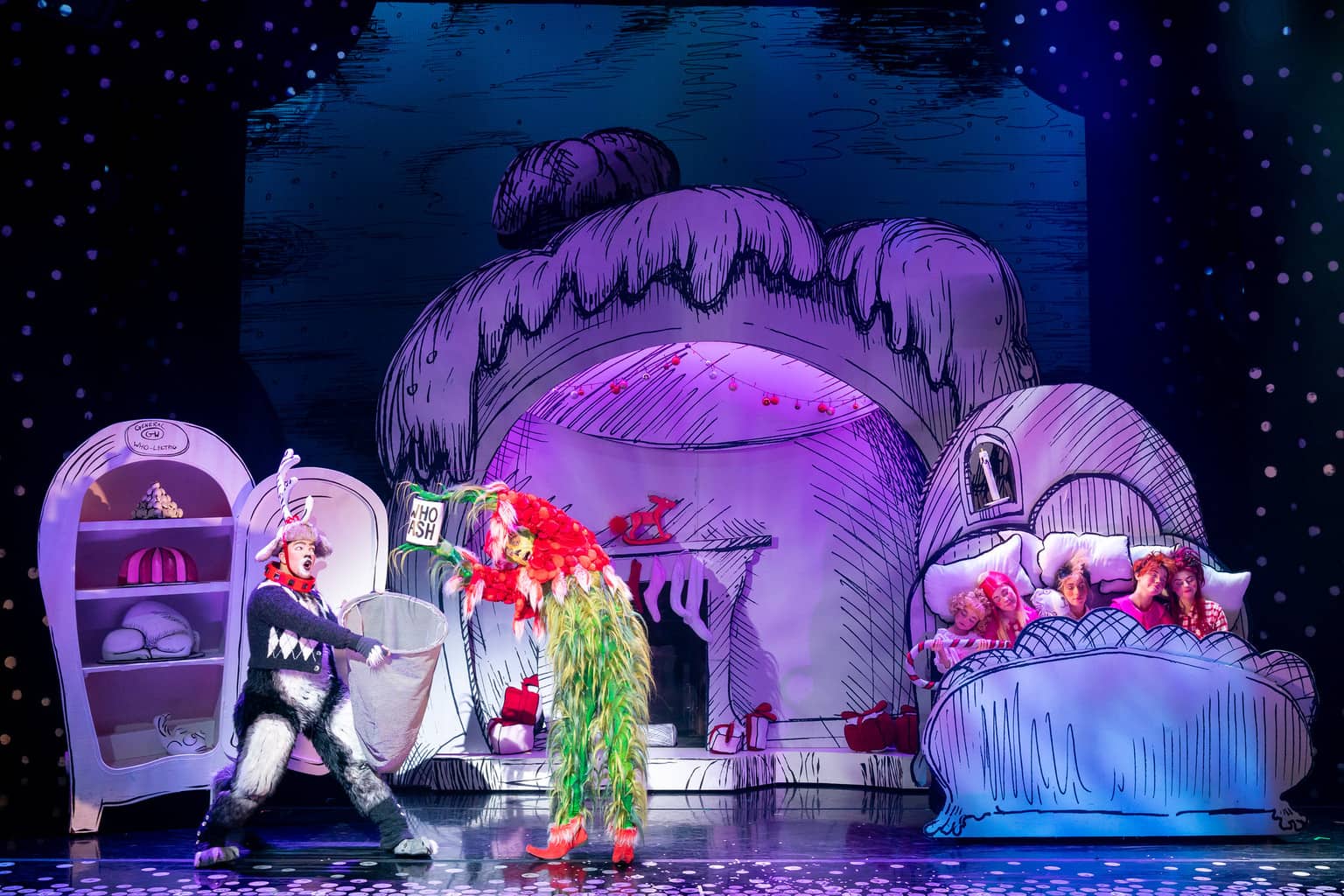 The play contained some hilarious laugh out loud moments and the Grinch was a real character who the audience warmed up to very quickly. However, the show may have been named after the hairy green who but the real star of the show was Cindy Lou. 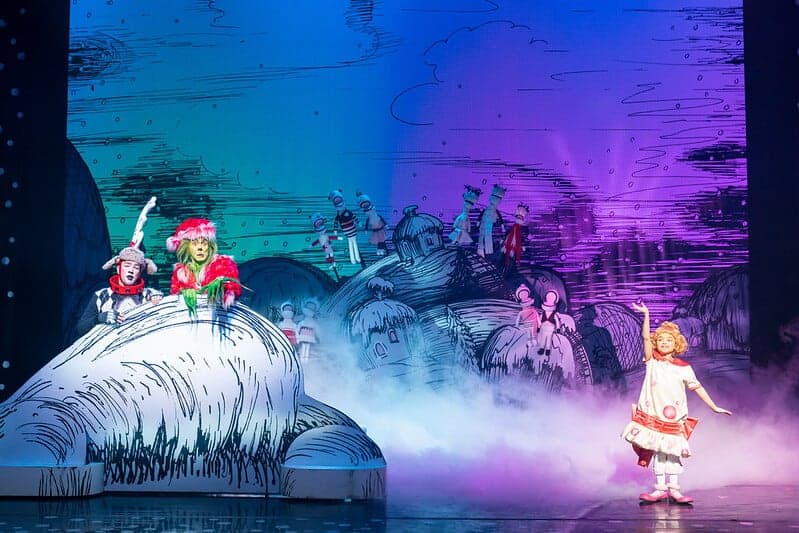 This gorgeous little who melted cold hearts on and off the stage and the biggest cheer of the night went to this deserving tot whos singing and performance really could make the smallest heart grow three sizes in one show.

Dr Seuss’ How The Grinch Stole Christmas! The Musical is the ultimate feel-good show that has finally put me in the spirit to enjoy the festive season and the best theatre show I have watched in years.