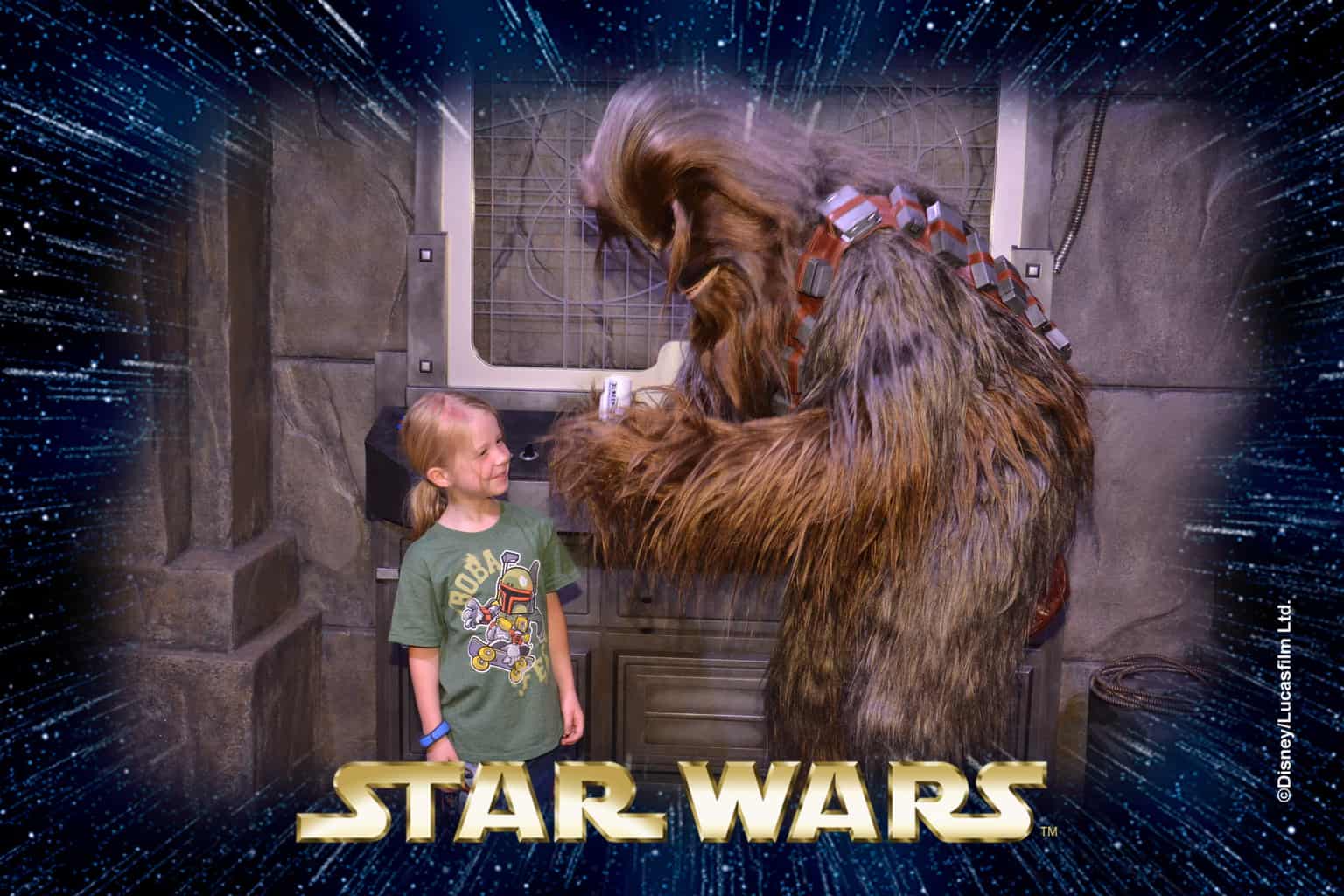 We are a Disney mad family and we have been to Disneyland Paris twice in the last few years but nothing could have prepared us for the variation and size of the Walt Disney World parks. Whilst staying at the Animal Kingdom Lodge Hotel we managed to visit Magic Kingdom, Animal Kingdom, Epcot and Hollywood Studios but unfortunately, we were unable to visit Blizzard Beach or Typhoon Lagoon as one was closed for refurbishment and we ran out of time for the other one.

However, the four parks we did visit were huge and we didn’t even manage to get around it all let alone go on all of the rides. Instead of going into loads of detail about each of the parks I thought that I would just share with you are highlights from whilst we were there.

As we were visiting during the festive season we booked to go to Mickeys Magical Christmas Party which was an afterhours ticket holders only event. Running from 7pm to 12pm I had expected it to be quieter than during the day but it was obviously really popular. The event featured lots of special parades and shows that were just for the ticket holders and not available at any other time which meant that all the parade routes and the area in front of the castle was jam packed and even with a disabled pass we were unable to find a last minute space to watch on of the parades. I would definitely recommend not waiting until 5 minutes before it was due to start!

However there was an upside to this, the ride queues were empty!  We blasted off to space in space mountain (the girls new favourite ride) and rattled around big thunder mountain again and again. We got to meet characters such as Ariel, Scrooge McDuck, Donald, Daisy and Jack Skellington without too much of a queue and even got in to see some special princesses faster than you could sing “Let it go”. With as much hot cocoa and biscuits as you could consume available too it really was a magical evening and we did catch one of the last parades of the evening before we left.

Our visit to Animal Kingdom mainly consisted of the most amazing character lunch which I will go into detail in another blog post and lots of fantastic shows. We loved the Lion King show (we were warthogs!) and were amazed by the showmanship on display. It is a great show for the whole family and truly spectacular.

We also loved the Finding Nemo production which managed to retell the story of the film in a fantastic way and the girls loved it. 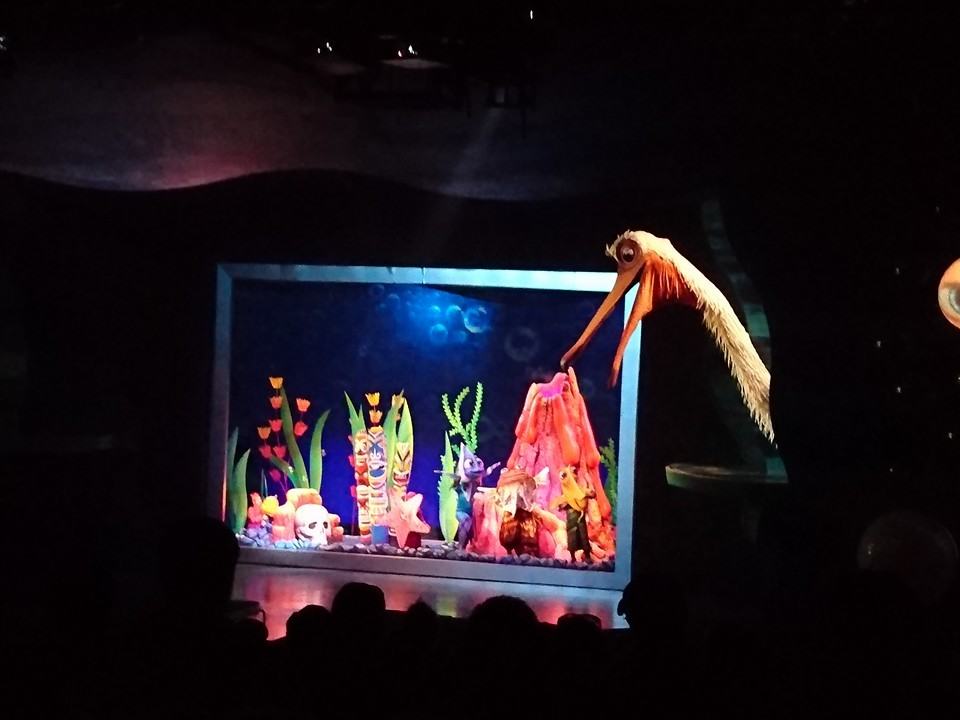 We also really enjoyed the Bugs life show and got soaked so I would recommend a poncho! One ride that the girls really loved was expedition Everest and they wanted to ride it over and over again. My girls love big fast roller coasters unfortunately my stomach does not, I think I must be getting too old! The girls also really enjoyed the dinosaur ride, I have to say it was a little scary in parts but good scary (although some younger kids hated it). One thing that we didn’t realise until halfway around the park is that you can take part in activities to collect badges (stamps) to become a wilderness explorer. I was kicking myself when we found out as this would have been a perfect thing for us to do as we explored and I do think they should make guests of the right age more aware of this amazing free activity. The bits that we did do the girls loved and they got a brilliant wilderness explorers book to collect the stamps in that had all sorts of facts and fun activities inside.

We wish we had been able to spend more time here as we didn’t even venture on to Discovery Island but at least it means we have more to explore when we return.

Epcot was one of the places that I wasn’t sure that the girls would enjoy. There is a lot of walking and not very many rides but with the added bonuses of more character meetings, the Phineas and Ferb Secret Missions and Kidcot stamp collecting we had a really good day.

The Phineas and Ferb secret missions are shown on the map as you wander around and although not sure what it was all about when we first arrived we decided to give it a go and loved it. Our first mission was in Mexico and we had to look inside the pyramid for a variety of objects as dictated by the spy phone we were given. This activated certain things to move or gave you new instructions to follow. The girls wanted to do these missions the whole way around the world and it would be great to see these in every country eventually.

We were told about Kidcot by my Mum who did the trail with my little brother ten years ago so we knew to look out for it. When you first approach a Kidcot desk you are given a Duffy Bear to colour in that is on a flat wooden stick. At each country, you need to find the Kidcot desk to collect a stamp for that country. The person at the desk would also draw on the back of your paper Duffy bear with a symbol to represent that country. Sometimes this would be a flag and sometimes it would be your name. Both girls loved seeing their names in both Japanese and Chinese. We had a lot of fun doing this but be warned most of the desks are inside shops so your kids might start with the pester power. We managed to put a stop to this early on as we bought some items in the second country but had them sent to our room so we didn’t have to carry them, it seems without instant gratification the kids didn’t want anything anymore which is definitely a trick I will remember in future! 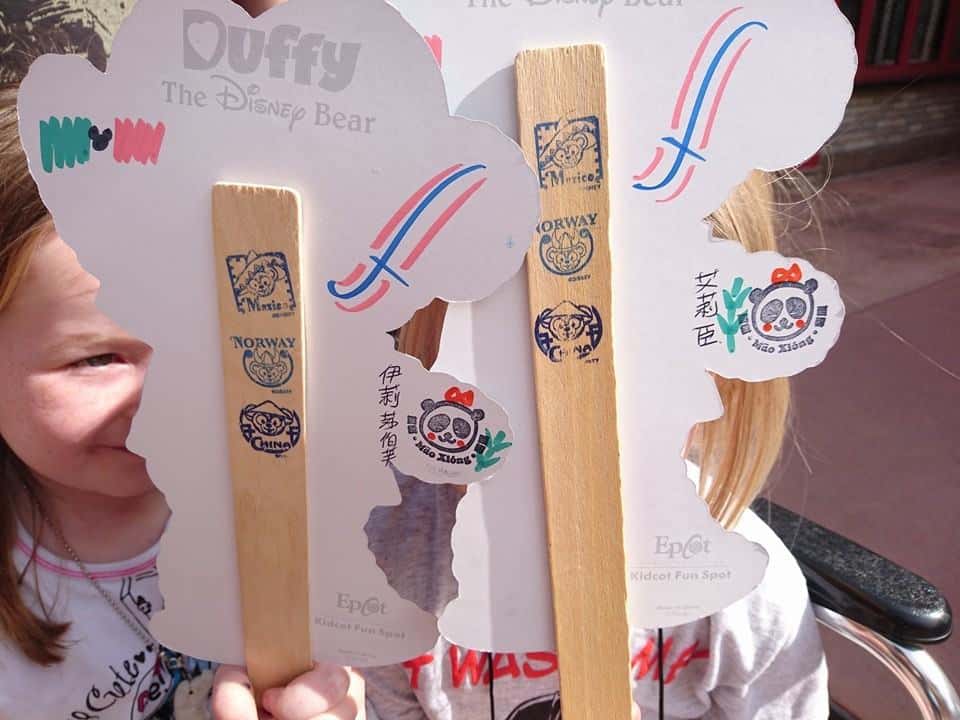 Hollywood Studios was the place I was most looking forward to visiting especially after I heard that they were opening Launch bay at the beginning of December. I really wish I had taken more pictures but we were so busy being in the moment that my camera stayed in my bag. Launch bay was fantastic and you could either choose to watch a movie about the making of star wars first or go straight through to where there was a collection of models and memorabilia, character meet and greets and computer games set up for you to play. The character meet and greets were unlike any other as both Darth Vader and Chewbacca were able to vocalise and I tell you what you don’t want to mess with Darth Vader. We were all suitably cowering under his gaze as his presence was formidable.  Chewbacca on the other hand was so much fun and we all came away absolutely beaming after meeting him. Alison has not stopped talking about it either!

I know that we will need to go back when the Star Wars area fully opens and just exploring the area around the Star Tours ride and the Launchpad gives me a taste of what this wonderful place will look like. There are also a few Star Wars themed shops such as Tatooine Traders but don’t miss Watto’s grotto where we found the best selection of grown-up products and as it was tucked away it was nowhere near as busy so you could really have a good look around.

We also enjoyed going on a variety of rides, seeing the Osbourne lights, having a dance party with a selection of normally unseen characters such as Bolt the super dog and the white rabbit and watching the Fantasmic show. Our one regret was not booking Alison into the Jedi Training as I didn’t realise it was a bookable experience (I really should read the maps instead of just trusting the app) and we, unfortunately, missed out. This does mean that I promised we would go back another year so we could take part so it is not all bad. 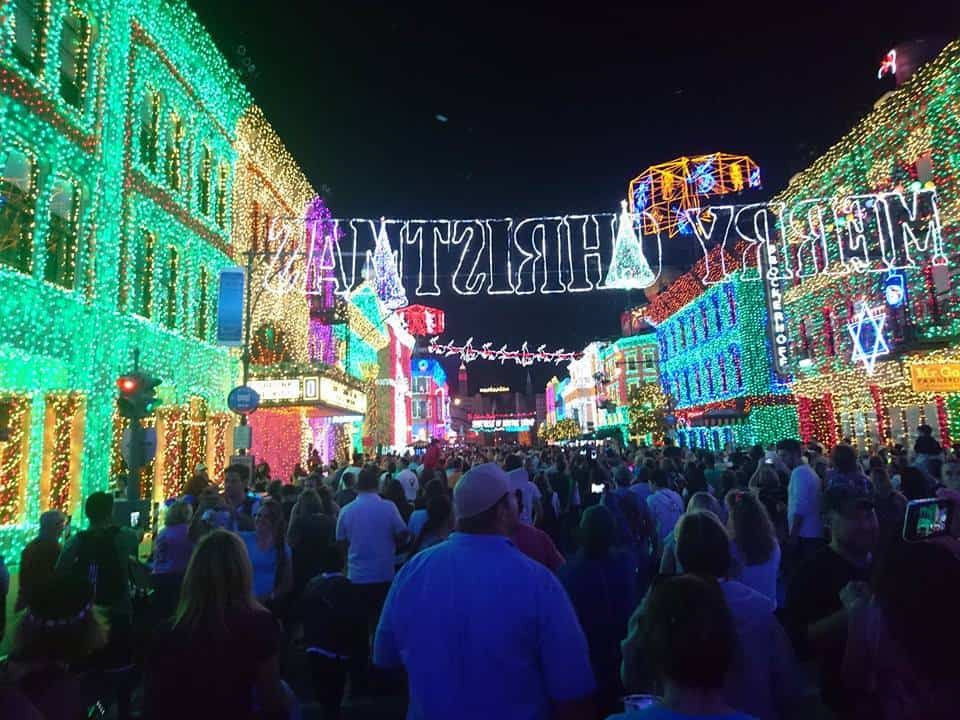 Hollywood Studios isn’t just about Star Wars as it has so much more to offer but even as it is now I would highly recommend it to any Star Wars fans to visit and make sure you ride the Star Tours ride more than once as it changes all the time. We got some great glimpses of some of the characters from Force Awakens and that was a week before the film was released so I bet they have even more versions available now. The Walt Disney World parks are filled with magic whether you are 1 or 100 and although mine have grown out of the smaller rides and are less interested in character meet and greets it is amazing to see their smiles and listen to them retelling the memories from our time there. I don’t think you are ever too old for Disneyland and I think I had better start saving because these girls are desperate to go back already!