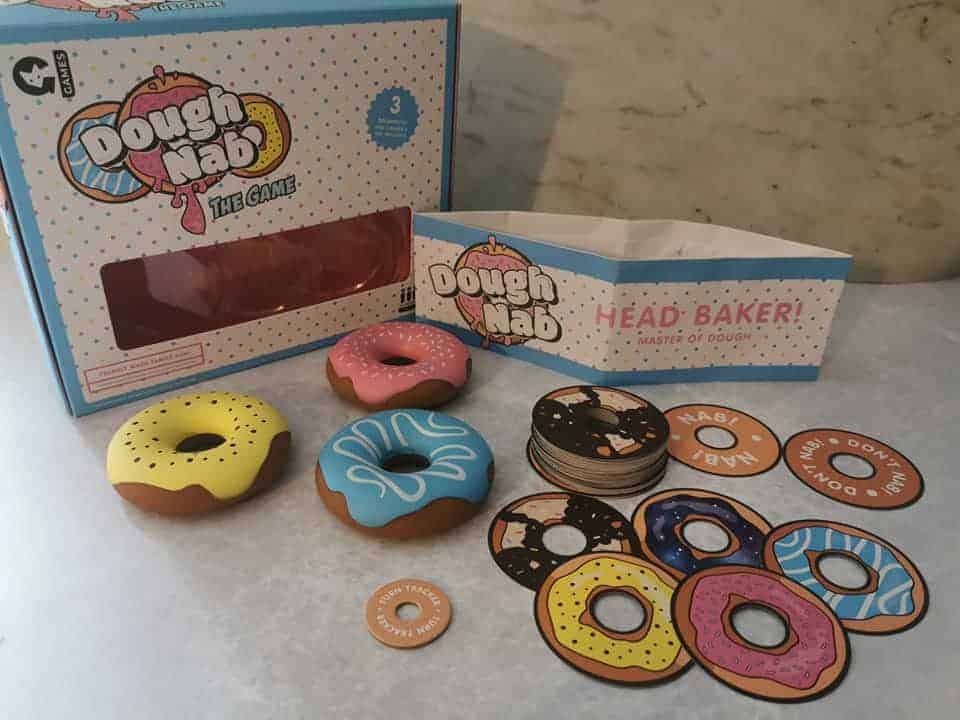 We were recently sent Dough Nab the game to help us celebrate International Coffee day and we had a great time playing it. 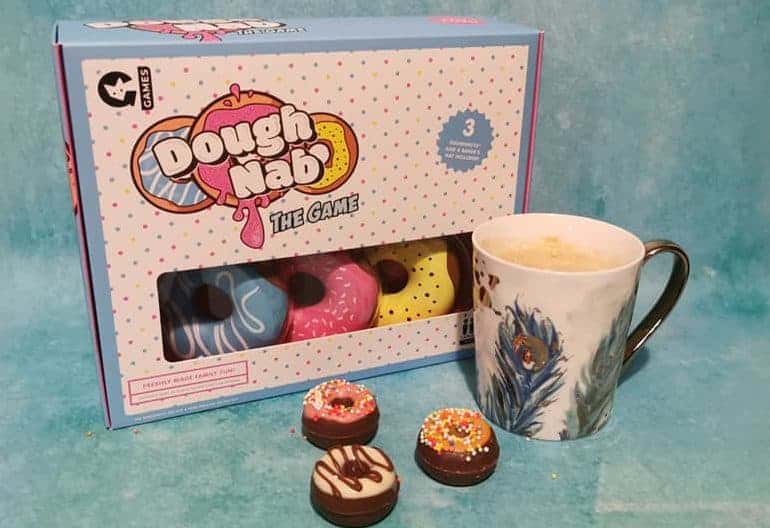 Dough Nab the game is advertised as suitable for children aged 8 plus and between 3 and 6 players. After playing the game I think that it could be suitable for younger children but I will let you be the judge of that.

To play you need to place the plastic doughnuts in the middle (if playing with only 3 players then remove one plastic doughnut and the corresponding cards) shuffle the doughnut cards and deal ten to each player face down.

Choose a player to go first and give them the turn tracker token. Players turn over a doughnut card on to their pile in a clockwise direction. If at any point you see three matching cards you grab the corresponding doughnut.

There are a few special cards that make it more of a challenge. 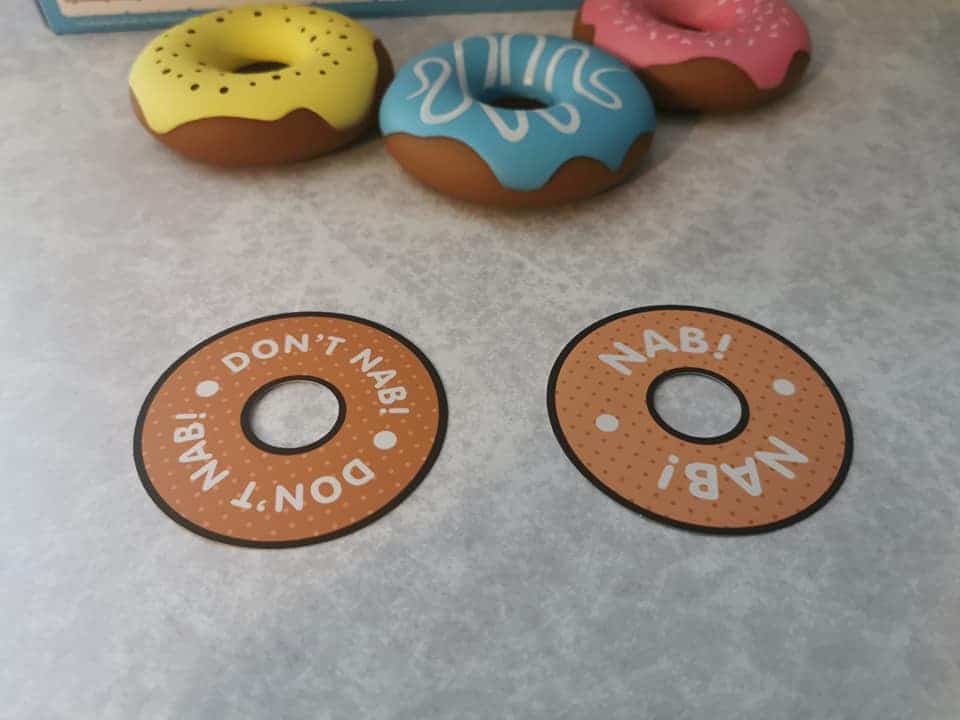 Don’t Nab! – You can not grab a doughnut whilst one of these cards is shown. You need to wait for it to be covered up. If you nab a doughnut when a Don’t Nab card is shown you must collect all of the other player’s dough nab piles.

Nab! – when you see one of these cards all players race to grab any doughnut. The player who doesn’t grab a doughnut collects all of the other player’s dough nab piles.

Magic doughnut – A sparkly doughnut card can be used like any other colour so if there are two cards of a corresponding colour then grab the doughnut that matches. If three magic doughnut cards are shown treat it like a Nab card.

Crumbs cards – These cards do not have any value. They can’t be used for anything and are just there to confuse players.

If players grab the wrong doughnut or grab a doughnut when there isn’t a match they receive the dough nab piles of all other players.

The round ends when one of the players gets rid of all of their cards including their dough nab pile. The winner is awarded the Head Baker’s hat.

This is a great, easy to play game where a fast hand and attention to detail really matters.