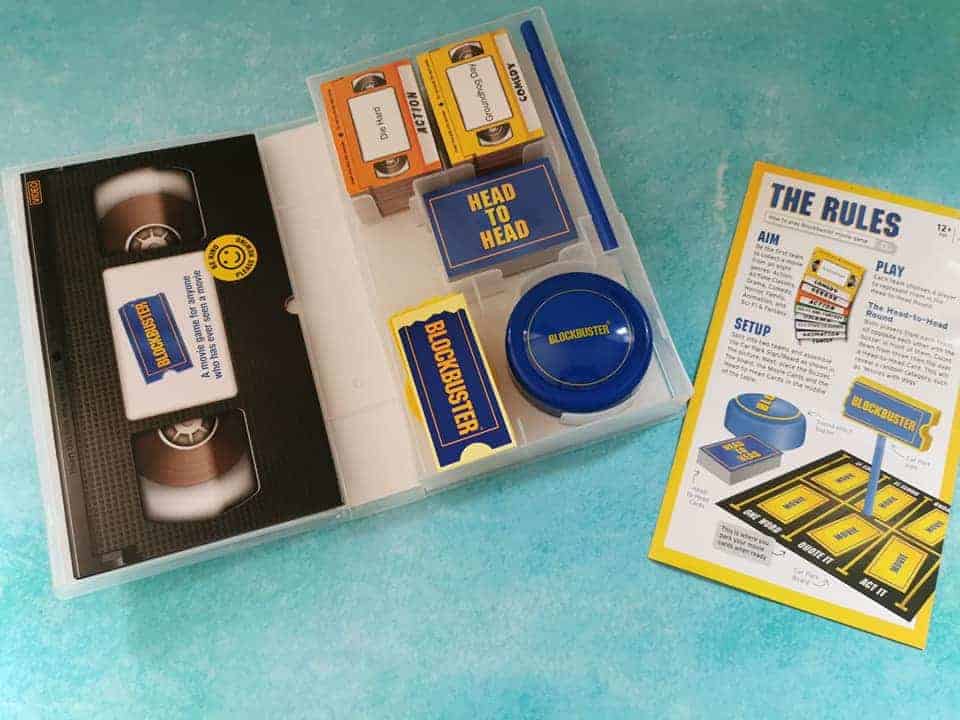 I am a huge fan of Big Potato games and I was very excited to receive the new Blockbuster party game which is a movie trivia game where you compete in two teams. 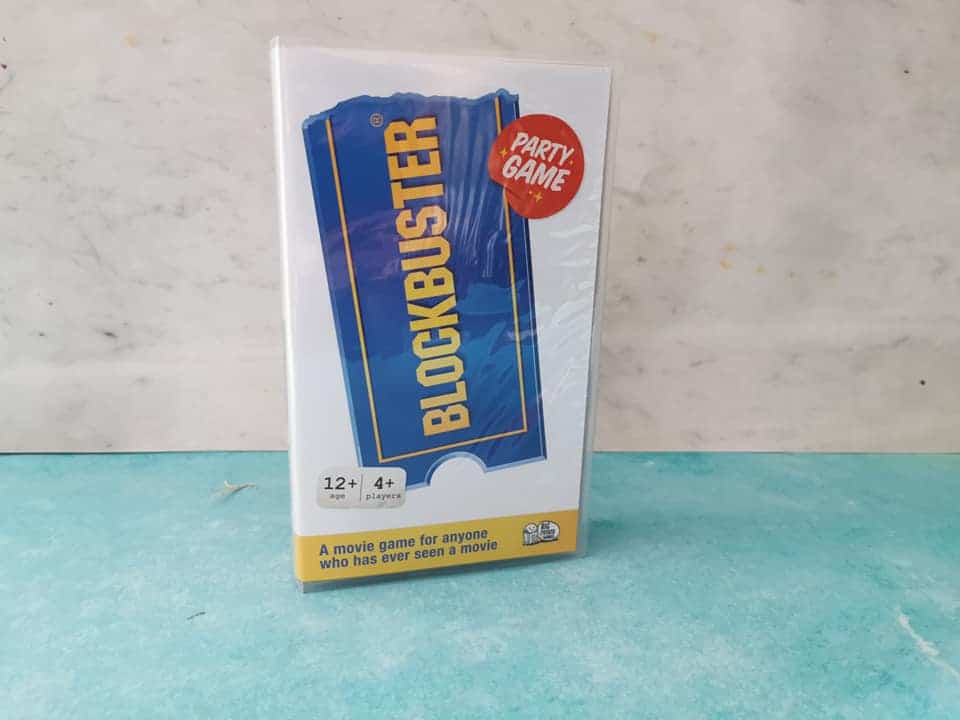 The Blockbuster game is for ages 12 plus (mostly because the movie knowledge may be a bit old) and is for 4 players plus as you need at least two players on each team. In the box, you will find the sound effect buzzer (Requires 2 AAA batteries), Head to head cards, Movie cards, car park sign (with stickers to attach) and the car park board that folds up to look like a VHS tape. The whole game is stored in a VHS style box to add to the nostalgia.

The aim of the game is to be the first team to collect a movie from all eight genres. These are Action, All-time classics, Drama, Comedy, Horror, Family, Animation and Sci-fi & Fantasy. 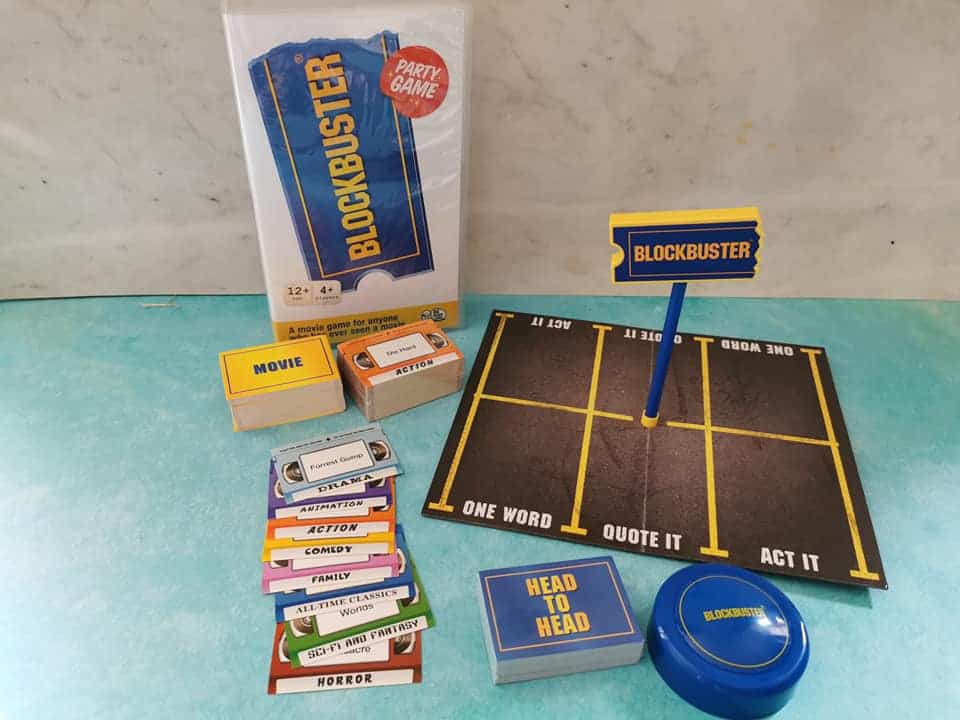 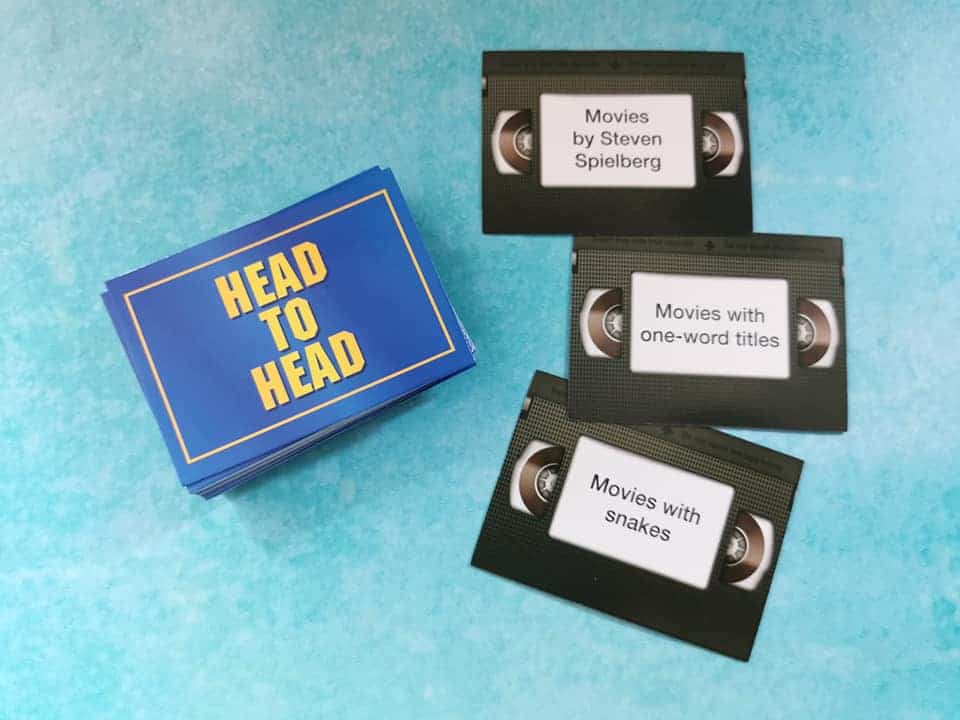 The player who won the head to head round draws 6 cards from the movie cards deck and secretly looks at them. They give the hardest three to their opponent and keeps the other three to themselves. They are not allowed to show these to their team mates. 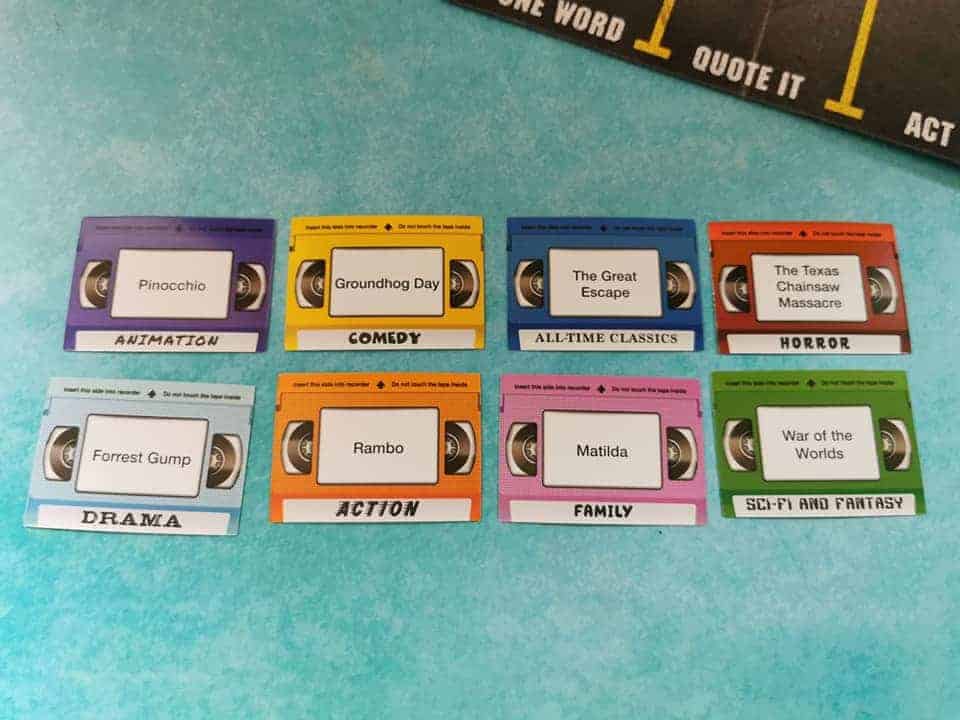 Both players must now decide where to place the cards on the car park board. The three options are one word, quote it and act it.

When everyone is ready the player who won the head to head round presses the buzzer for 2 seconds to start the 30 seconds buzzer. They can tackle the three cards in any order. Once a movie has been guessed the card is flipped over. If they manage to flip over all three of their cards they can try and steal their opponent’s cards by looking at them and describing them in the same way. When the timer finishes all of the cards guessed correctly are added to their collection. 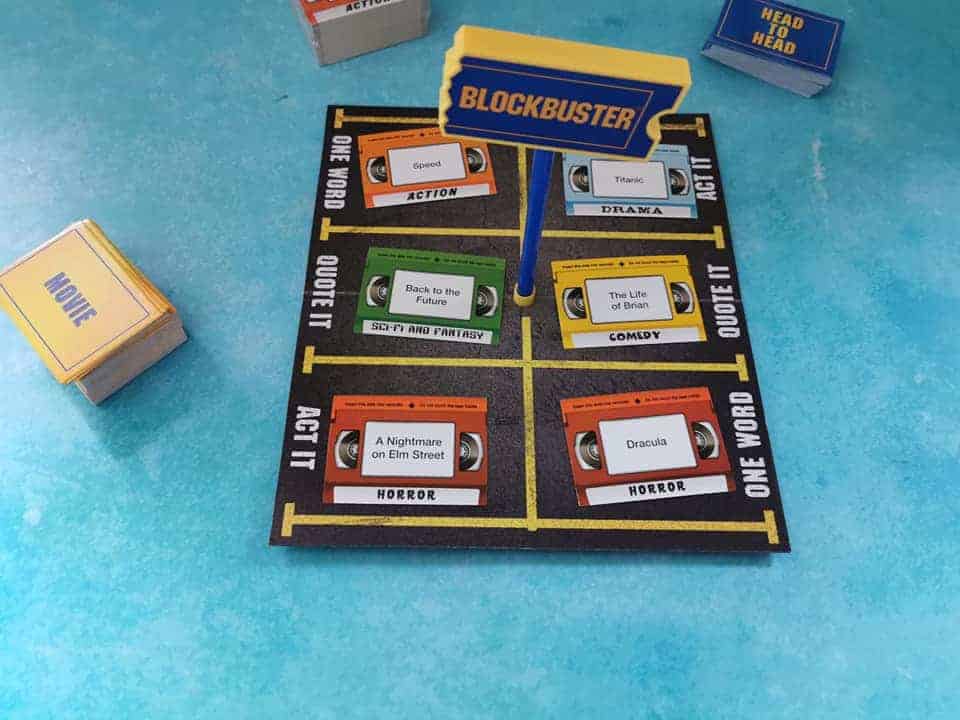 Here are some examples

Once the first team has played the second team gets 30 seconds to make their guesses. As with the first team if they manage to guess all of theirs then they can steal any remaining cards from the other team.

Two new players are chosen for the head to head round and play starts again until a team has all 8 movie category cards. At the end of each movie round, there is a sneaky opportunity to steal a movie from the opposing team. To do this you must discard 3 movie cards of the same genre to be able to take one from the opposite team. You can only do this once per round.

This Blockbuster game is so much fun and really tests your movie knowledge. It is definitely a game that I recommend for family or friend groups who like to get competitive and have great movie knowledge.