Skip to content
It’s been a few weeks since Alison and I returned from our adventures in Florida where we got to watch the new Dolphin Tale 2 movie and meet and interview the cast.
Meeting Cozi and Nathan was fantastic and interviewing them was even better. You can certainly feel that the two of them have grown up a lot since the first film and they have natural chemistry between them that sees them messing around and joking with each other.  Both of them talked about how much filming Dolphin Tale and Dolphin Tale 2 has had an impact on them and the way they both talk about working with the dolphins you can feel the love and respect they have for them.Cozi Zuehlsdorff plays Hazel Haskett in both movies and also wrote and composed the closing credits song “Brave Souls” more to Elizabeth’s interest is the fact that she also voices Sofia the first! Cozi now works closely with Clearwater Marine Aquarium and has become a spokesperson for them as well as hosting and narrating the full-length documentary “Winter, The Dolphin That Can”

Nathan Gamble plays Sawyer Nelson in both movies and is the lead role alongside Winter has literally just graduated and now likes spending his spare time playing “The Last of Us” instead of catching up on school work. In fact, his dream role is to be in the new “The Last of Us” film! He absolutely loved being in the water with Winter and shared that some of his best memories are when under the water with her as she is so majestic. Since the films, he has definitely become more environmentally aware as he has seen the work that Clearwater Marine Aquarium does that is caused by rubbish and old fishing line being dumped into the oceans.

I look forward to bringing you more insights from our adventures in Florida in the coming weeks but for now, I am going to leave you with my favourite picture of Winter. She was watching Alison very closely at the time and this picture never fails to make me smile. 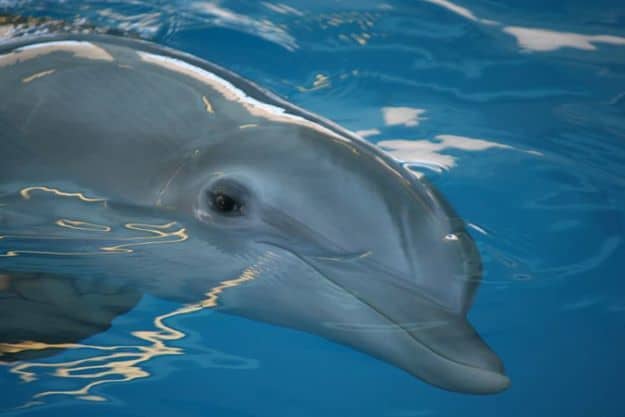