The City of Nantes is full of amazing things to see and Le Voyage a Nantes has all the answers. With The Green Line leading the way around Nantes you will see some amazing things.

The Machines de l’ile is a totally original artistic tourist project. From the 12m high mechanical elephant to the underwater carousel and the new project “The Heron Tree” it really is something to see and you even have the chance to ride on the amazing machines. I rode on the giant ant operating one of the back legs and I went on the Sea World Carousel controlling one of the sea horses on the top level.

All of the machines are a sight that you need to behold and no descriptions or photos will do them justice. I just wish we had time to ride the great Elephant. However, it does mean I have an excuse to return. 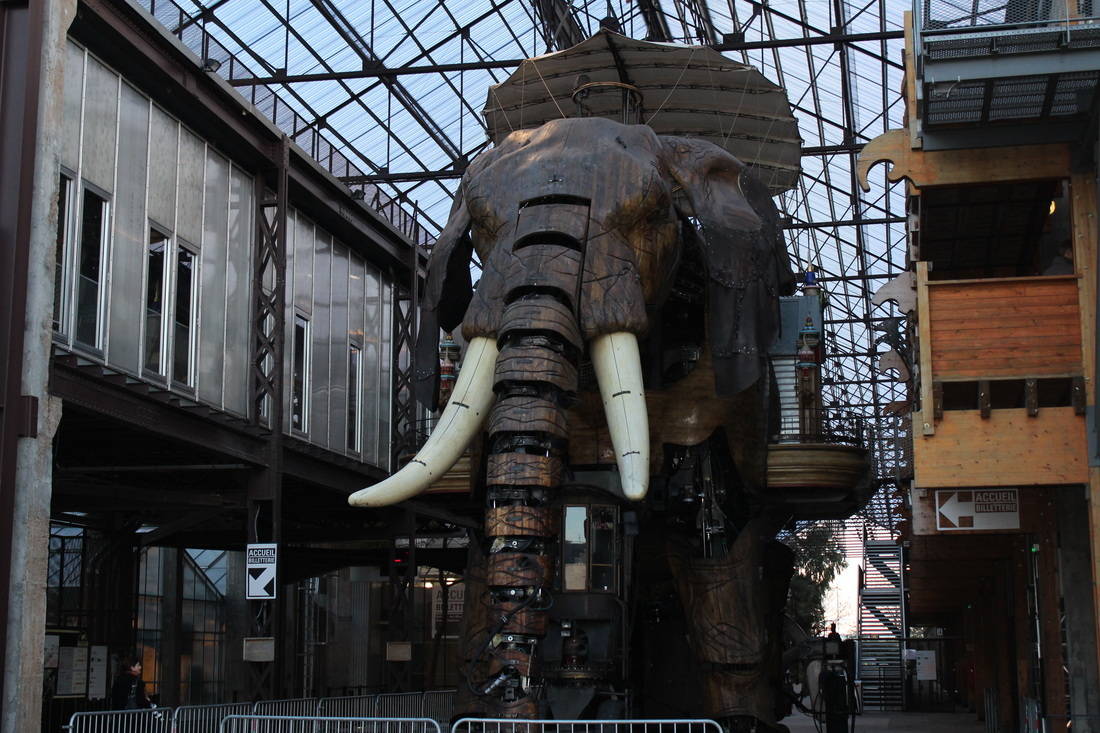 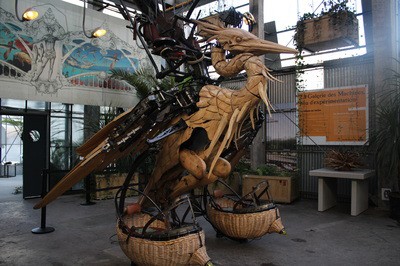 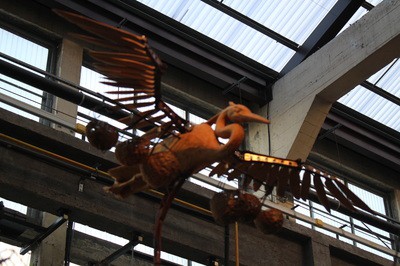 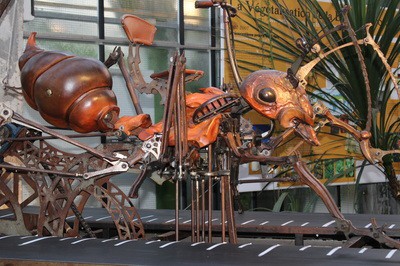 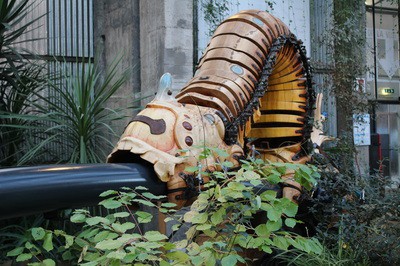 Castle of the Dukes of Brittany and Nantes History Museum

The castle of Nantes is the former home of the Dukes of Brittany. It has been turned into a fabulous museum depicting the entire history of the region. Whilst keeping the building intact it explores the history from the middle ages, through the slave trade and beyond touching on the lives of all those who lived in the region. It is a fantastic interactive museum which will appeal to all ages. 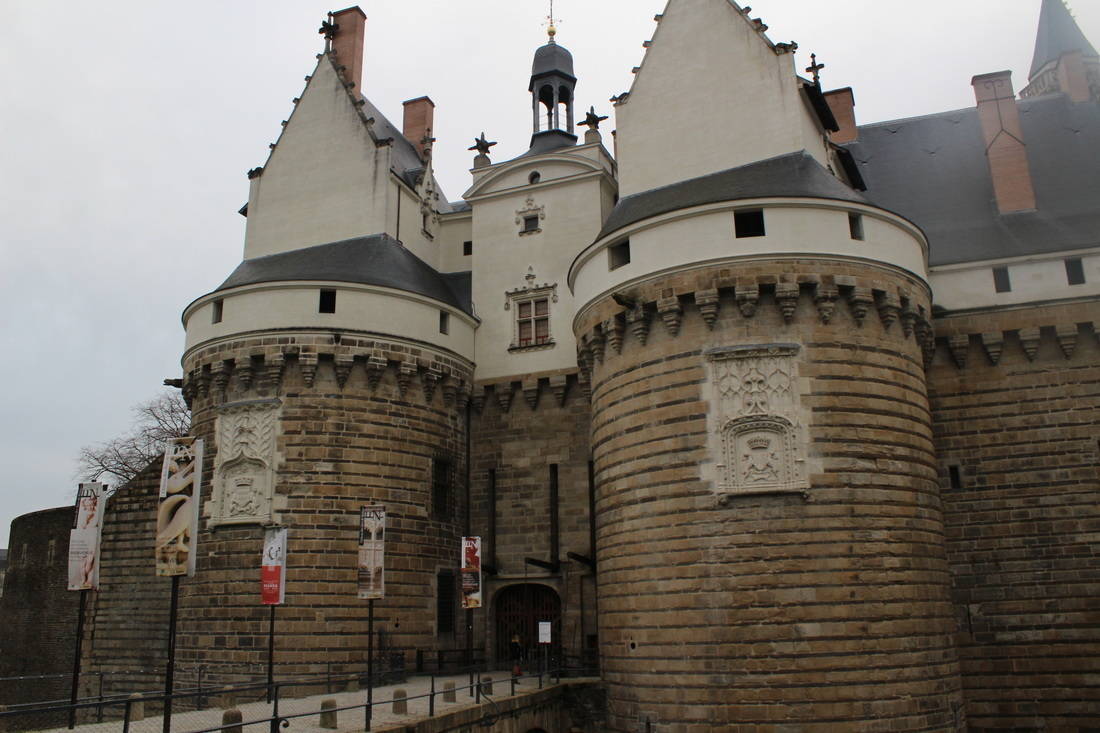 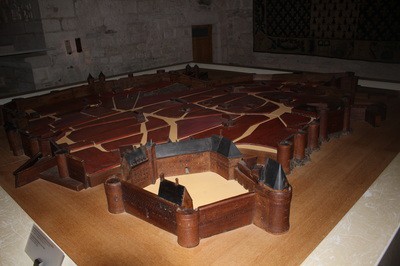 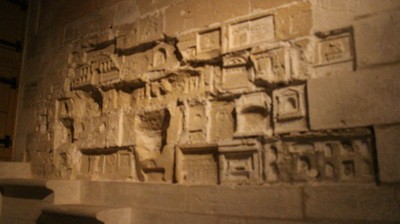 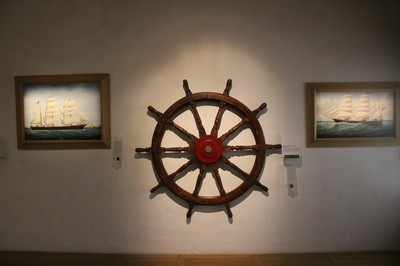 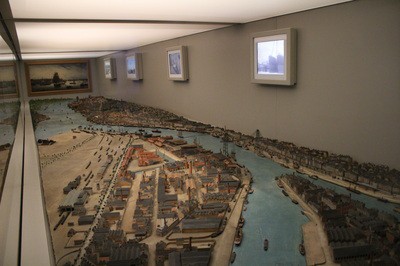 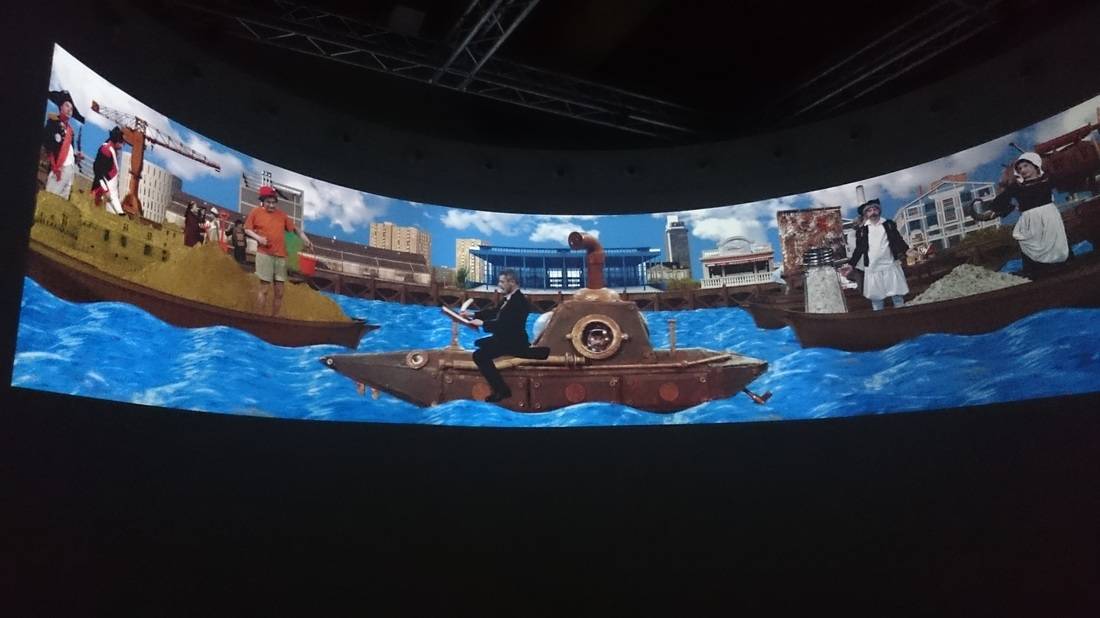 The Estuaire arts trail is a fabulous sequence of artistic sculptures between Nantes and Saint-Nazaire. Mostly along the Loire river you cant take cruises at certain times of the year to view them. All of the installations are free to view and bring art into the public eye. I was lucky enough to see many of them on my travels and yet I wish I had seen them all. My favourite has to be Les Anneaux (The Rings) which were stunning in their symmetry during the day and mesmerising at night when lit up in many different colours (Night time photo taken from the balcony of Le Nid). 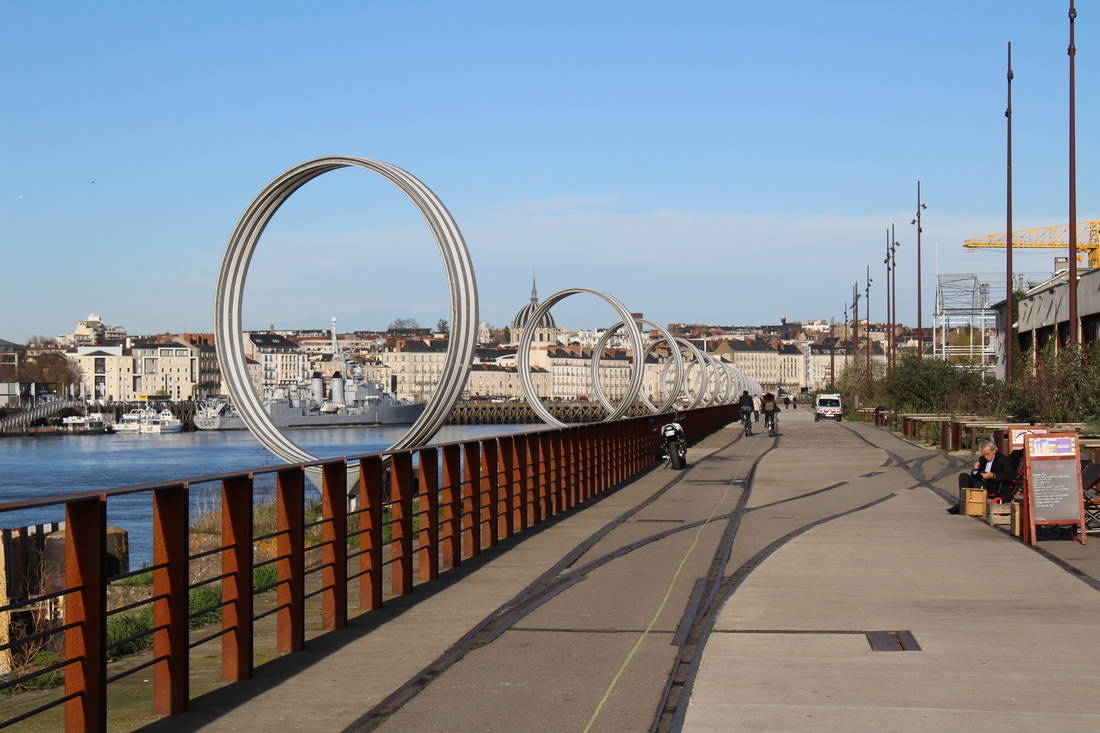 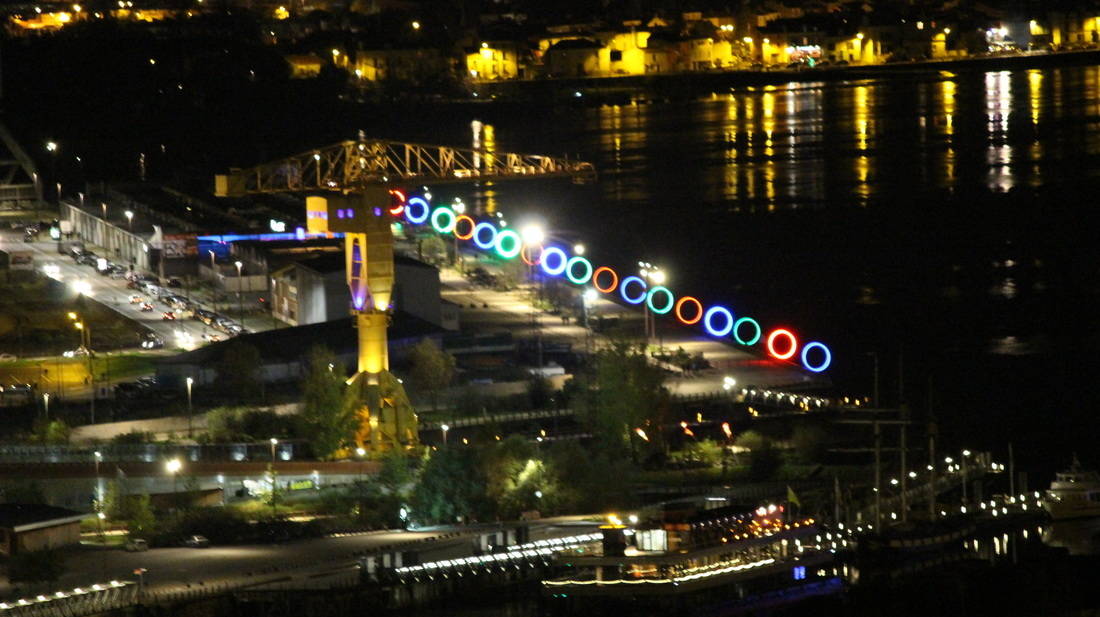 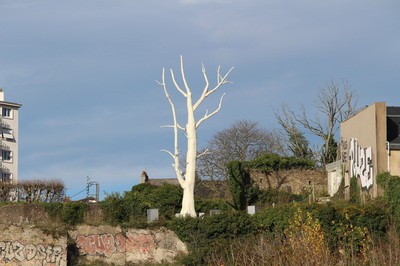 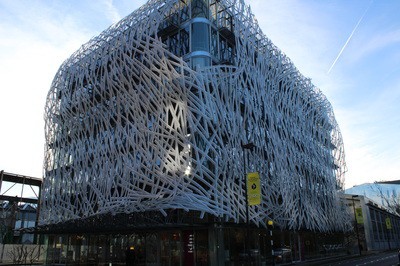 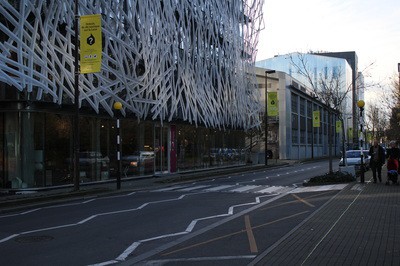 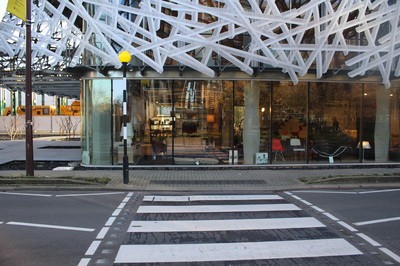 The Cathedral of St Peter and St Paul

The resting place of Francois II and Marguerite de Foix the very last Duke and Duchess of Brittany. The tomb was constructed by Michel Colombe in 1507 under the order of Anne of Brittany. The Cathedral is a stunning piece of architecture that was started in 1434 and completed in 1893. The nave rises to a full 377.5 metres which is higher than at Notre-Dame in Paris and is truly spectacular to see. Hidden at the back of the cathedral is a fabulous garden that gives you a whole new perspective to the building and also allows access to the cathedral crypts which house a permanent exhibition on the history of the cathedral. 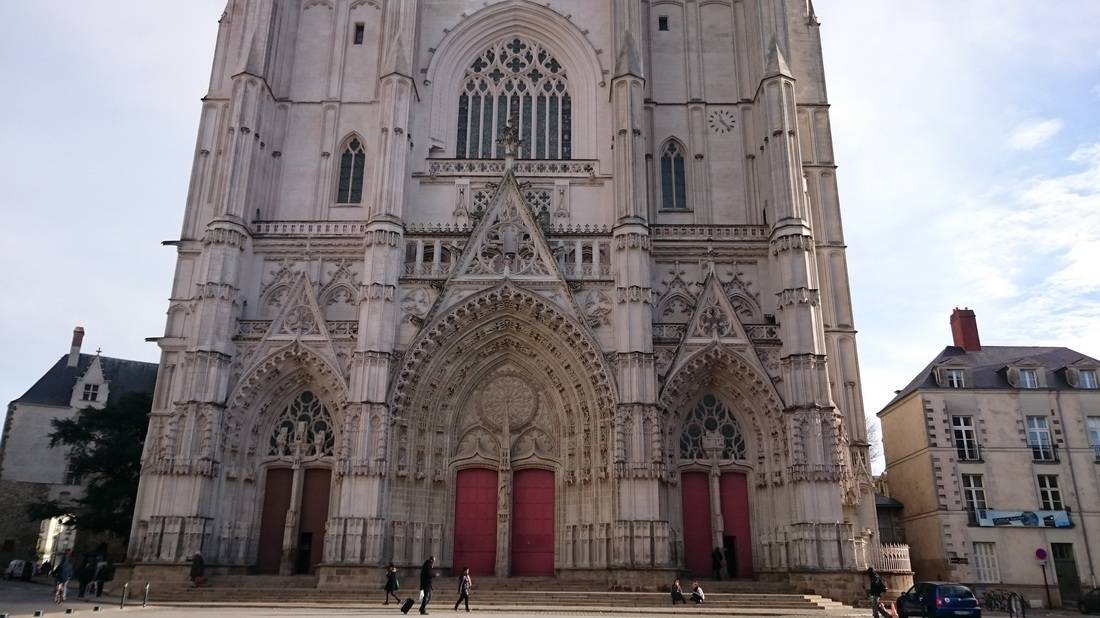 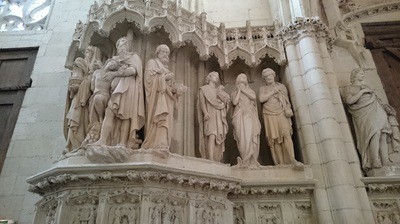 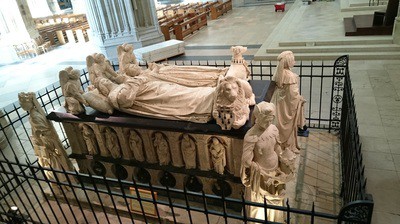 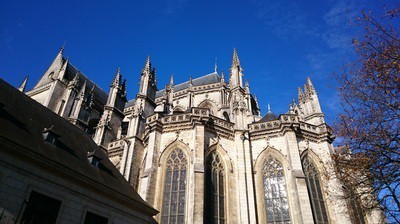 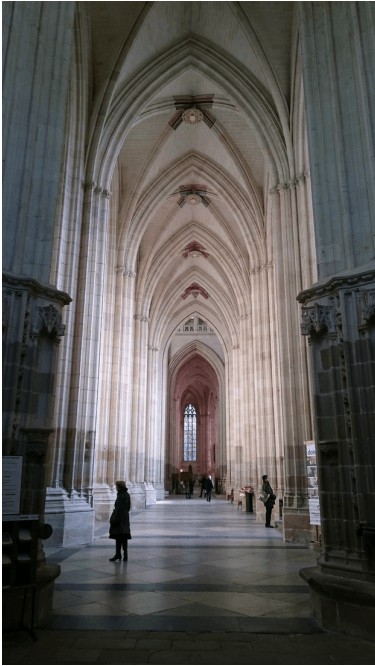 There was so much to do and see in Nantes and we didn’t even scratch the surface. If you ever venture to this beautiful city I recommend you purchase a Pass Nantes and really explore all this fabulous place has to offer.

FREE ADMISSION WITH THE PASS NANTES

THE MAIN MUSEUMS AND THE TOURIST SPOTS

The Pass Nantes is valid on all public transport in Nantes (bus, busway, tramway and river ferries Navibus), no extra ticket is needed (except airport shuttle).

SPECIAL OFFERS WITH THE PASS NANTES

*In spring and summer only