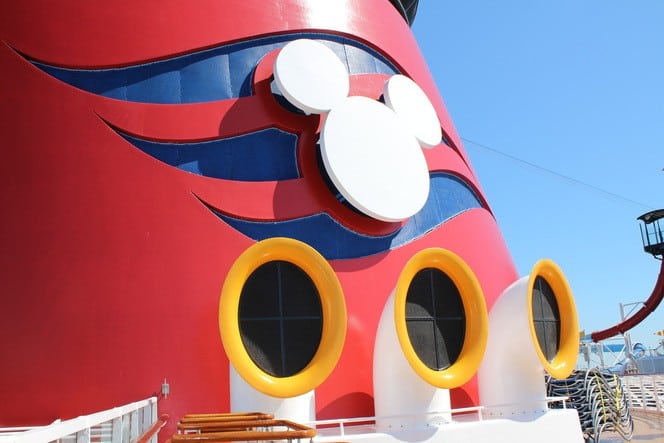 I have always wanted to go on a cruise and my love of the water has always been the biggest draw, but now my love of the ship itself has taken the lead. After just a few hours touring the Disney Magic ship my heart has been captured and I really want to share the ship with my family. As I walked around the ship I saw so many things that I know that each of my girls would adore. In fact any child would love it!

With three pools available (although one is adult only) including this fabulous Aqua Lab area with a splash zone, slides and more, I can just imagine how many hours we would spend here watching the children play. 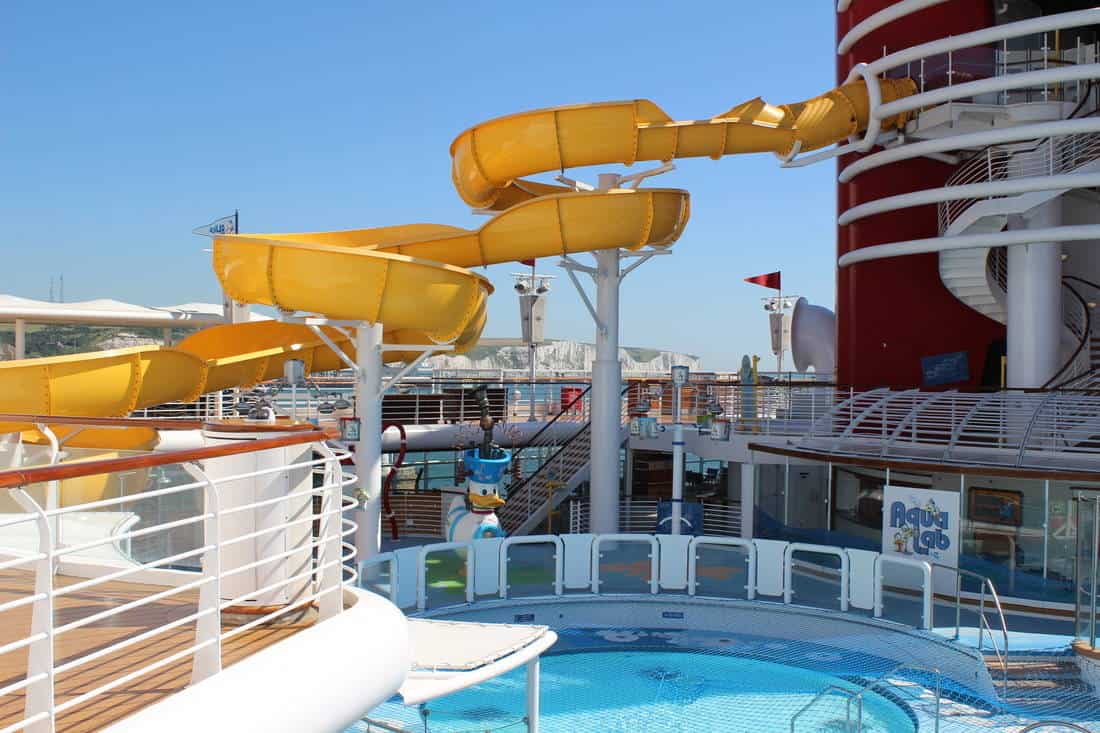 When I showed the girls this picture of the family pool their faces were full of wonder, a swimming pool where they could relax and watch movies just seems too good to be true. 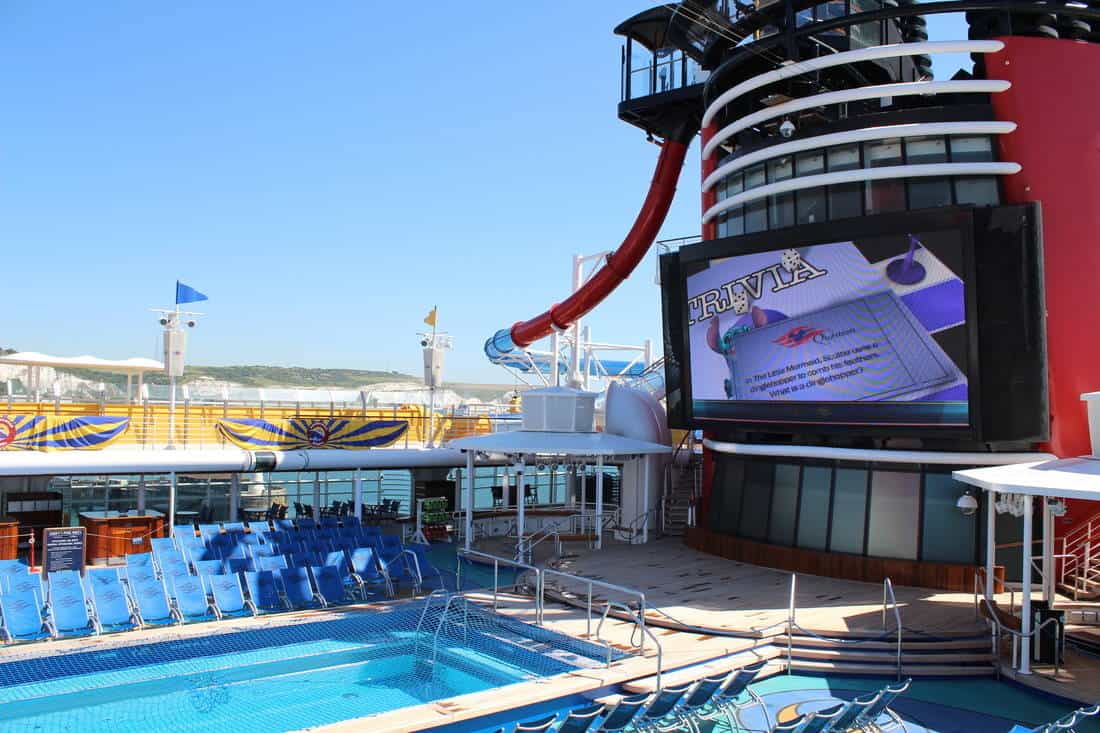 Although my girls are not old enough to visit the Vibe area (which is perfect for teenagers) I could really imagine older children escaping to this sanctuary to chill out, relax and make friends their own age. 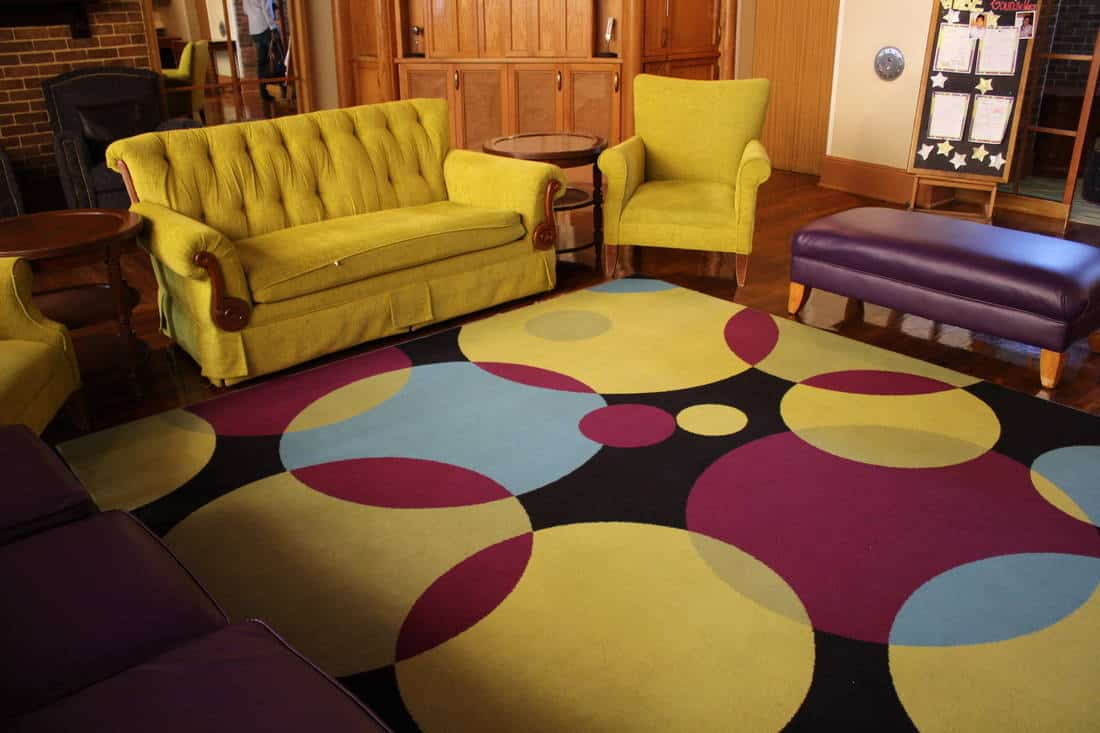 The Oceaneers Club is the perfect place for the kids to hang out with areas to relax and watch films, take part in some craft activities and even play some computer games before heading down the children only corridor to the Oceaneers Lab.
Now the photos of the Oceaneers Lab elicited the most squeals from both of my girls as they took in the amazing attention to detail and became captured by the different areas and activities. Alison really wants to visit the Marvel Avengers Academy whereas Elizabeth wanted to head to Pixie Hollow and they both want to climb on to Andy’s bed and come down the Slinky Slide.
Even the toilets in the Oceaneers Lab were just perfect with the Mickey Mouse mirrors over the sinks the perfect touch.
The younger children have not been left out either with a bright and colourful It’s a small world nursery. The area has everything the younger children would need to keep them happy and entertained in a big space full of wonder. 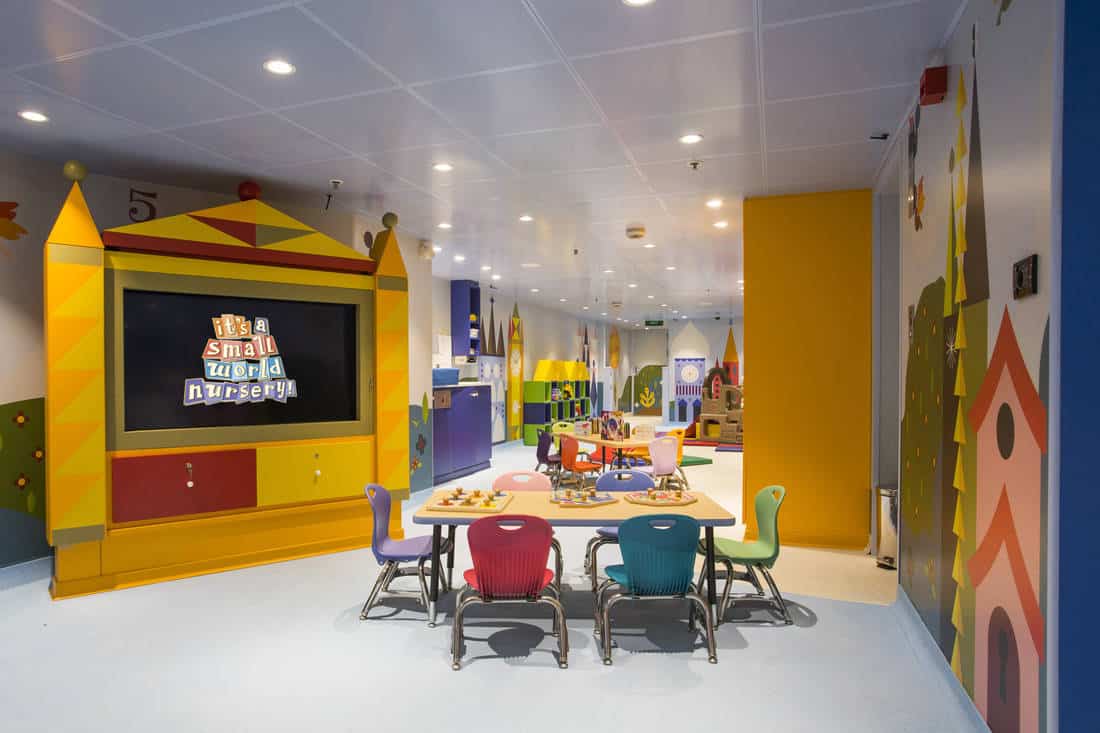 When not on a shore excursion or in the kids’ clubs we could catch a film as a family with the cinema showing film premieres the same day they are shown on land. 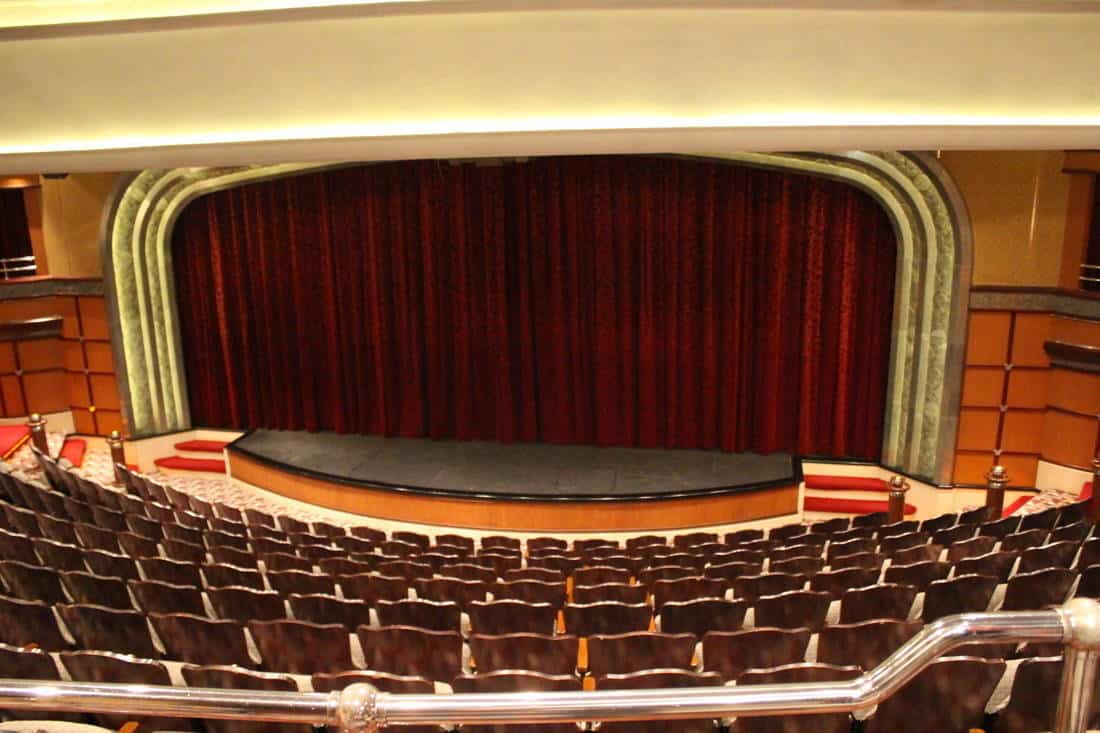 In the evening, the entertainment pulls out all of the stops as the theatre comes to life with a huge variety of shows. I just wish I could have seen one as the descriptions I heard sounded so amazing. 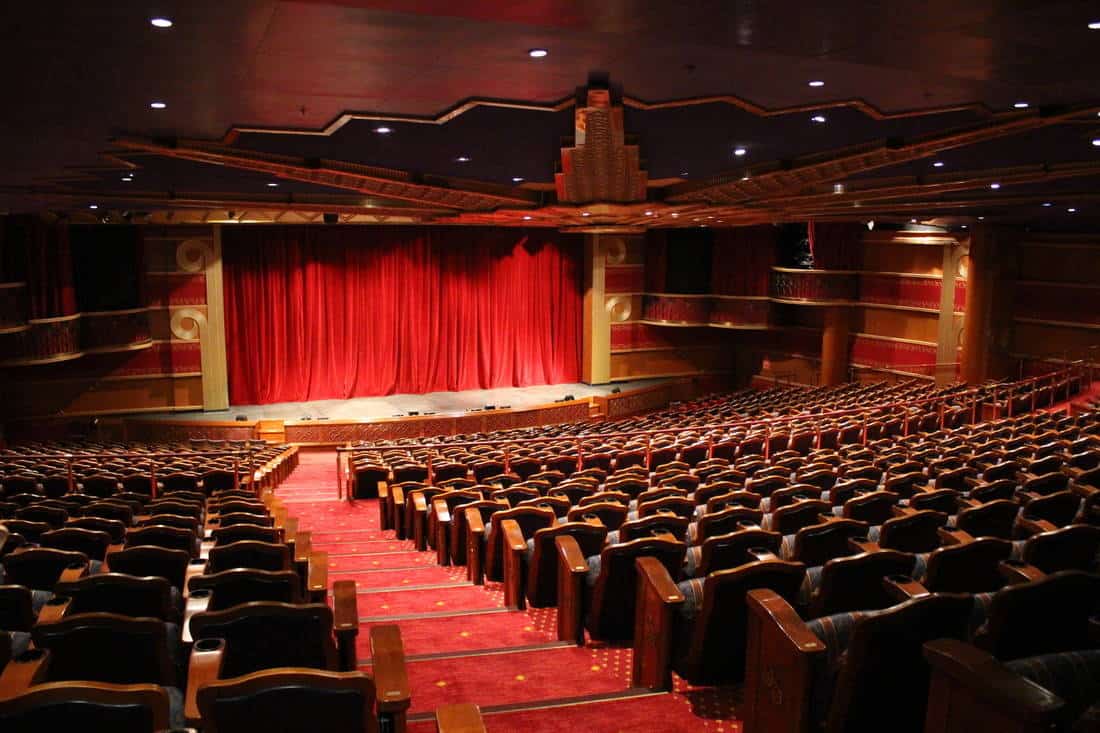 As well as all the family entertainment I have already mentioned there are character visits, entertainment by the pools, game shows, guest speakers and so much more. In fact, I don’t think you could ever utter the words “I am bored” no matter how many nights cruise you are on.

Obviously keeping the family entertained is very important but keeping them fed is even more so and once again Disney does not disappoint. They have a whole host of restaurants and snack bars to enjoy and the decor alone captured my attention. Here is just some of the artwork from two of the restaurants. 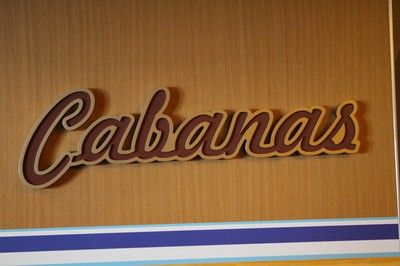 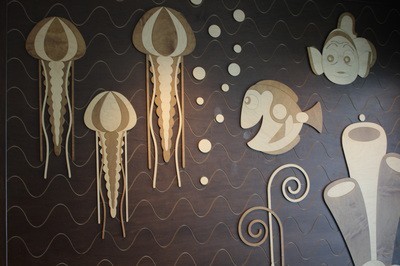 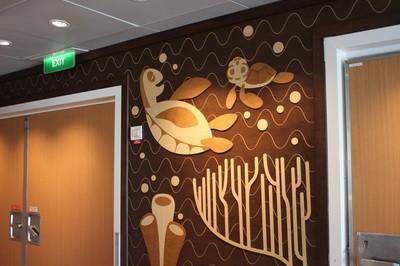 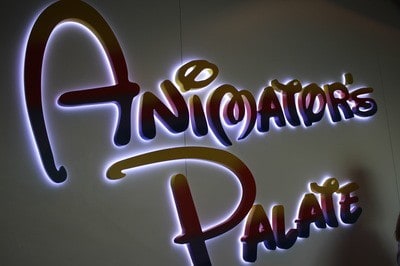 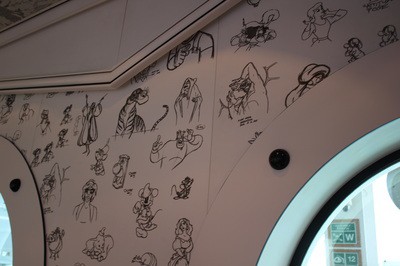 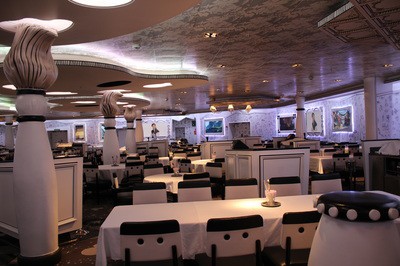 As much as I have focused on the family elements of the Disney Magic cruise ship that does not mean that everywhere will be crawling with children and I was actually really surprised at the amount of adult-only spaces from the swimming pool to the coffee bar and even an adults-only restaurant. There were also some lovely bars where you can sit and read or listen to live music, take part in a quiz or listen to a guest speaker. I really could go on.

As much as I have always wanted to go on a cruise in the past, the urge is now far greater and it has definitely moved up the list on future holiday destinations and with departures from Dover to Barcelona and to Northern Europe already happening and the new British Isles cruise due to depart from June 2016 there really is no excuses. I love the fact that the cruises are going to Northern Europe, although not as warm as the Mediterranean I can imagine that they are beautiful countries to visit. For now, though I am saving all our money for our holiday to Florida in December so I will just have to focus all of my attention on planning our Disney Fix whilst we are there.