Skip to content
A few weeks ago we headed over the hills to Halifax to visit Eureka! The national children’s museum. If you read this blog often you will know that we love going to Museums but I have to admit that we have not been to Eureka in a very long time. When we were there last the place felt old and was in need of updating so I was kind of dreading this trip. However I shouldn’t have worried. In the few years since we last visited Eureka has improved dramatically and we all had an amazing time.
The thing I love most about Eureka is just how much the kids can interact with everything around them. There are not many items hidden behind glass where the kids cant touch them and the focus is definitely on making learning fun. There were so many areas to explore that we didnt even get a chance to do everything we wanted to do and the girls can’t wait to return.

It was imagination play at its best and whether they were printing their own money in the bank, fixing a tyre in the garage or playing with the giant ear and seeing how it works , they had a fabulous time and they had no idea that they were learning too!

Although we got lots of time to visit the museum we were actually there to see Santa and watch the new festive show called night lights. Santas grotto costs £3 per child and was in a small room which had been transformed into a winter wonderland. Although not the most realistic of Santas (fake beard) he was definitely one of the best ones we have met. We had a good long talk too the girls discussing the values of mince pies over cookies and even went in to lots of details about going to bed quickly and early on Christmas Eve which is always appreciated.  Depending on the age of the children they were given a festive cuddly toy or a wind up torch and a sticker book. The night lights show is included in your price of admission and was interactive, funny and great for using your imagination. Many of the adults looked perplexed during the show but the kids absolutely loved it and were completely absorbed in the story which means it was definitely a winner. 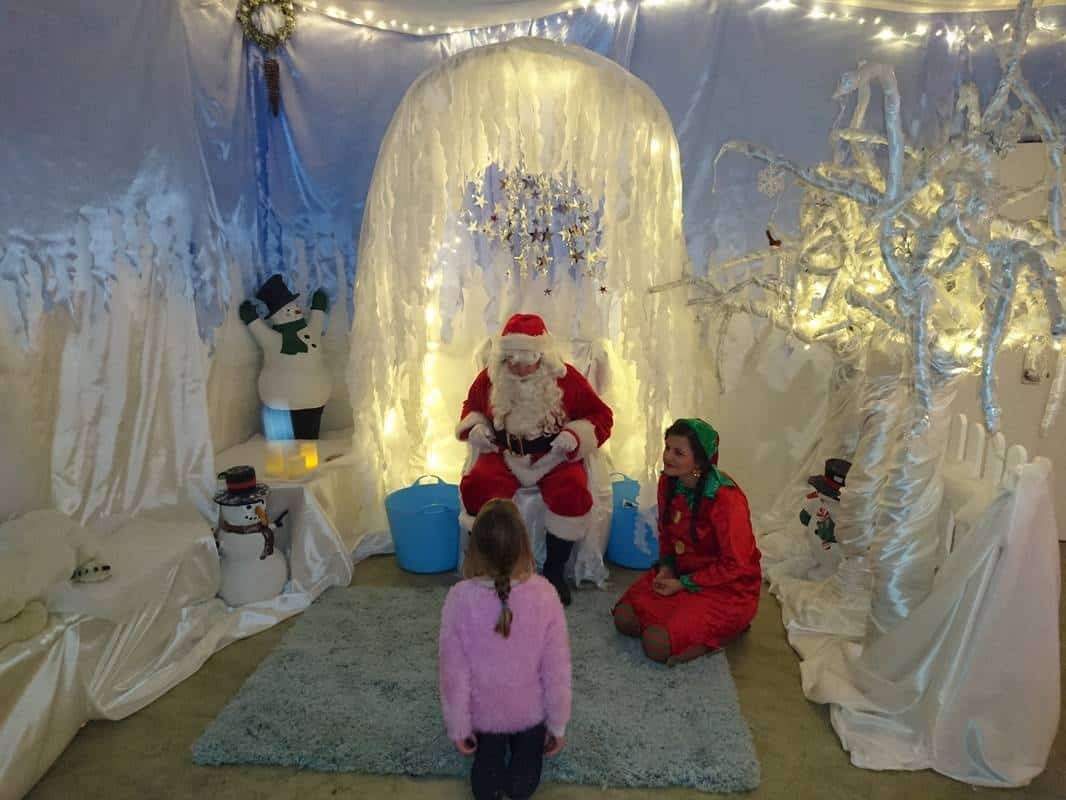 Eureka National Children’s Museum is a great day out for all the family and with our newly acquired annual pass, I can imagine that we will be returning again and again.