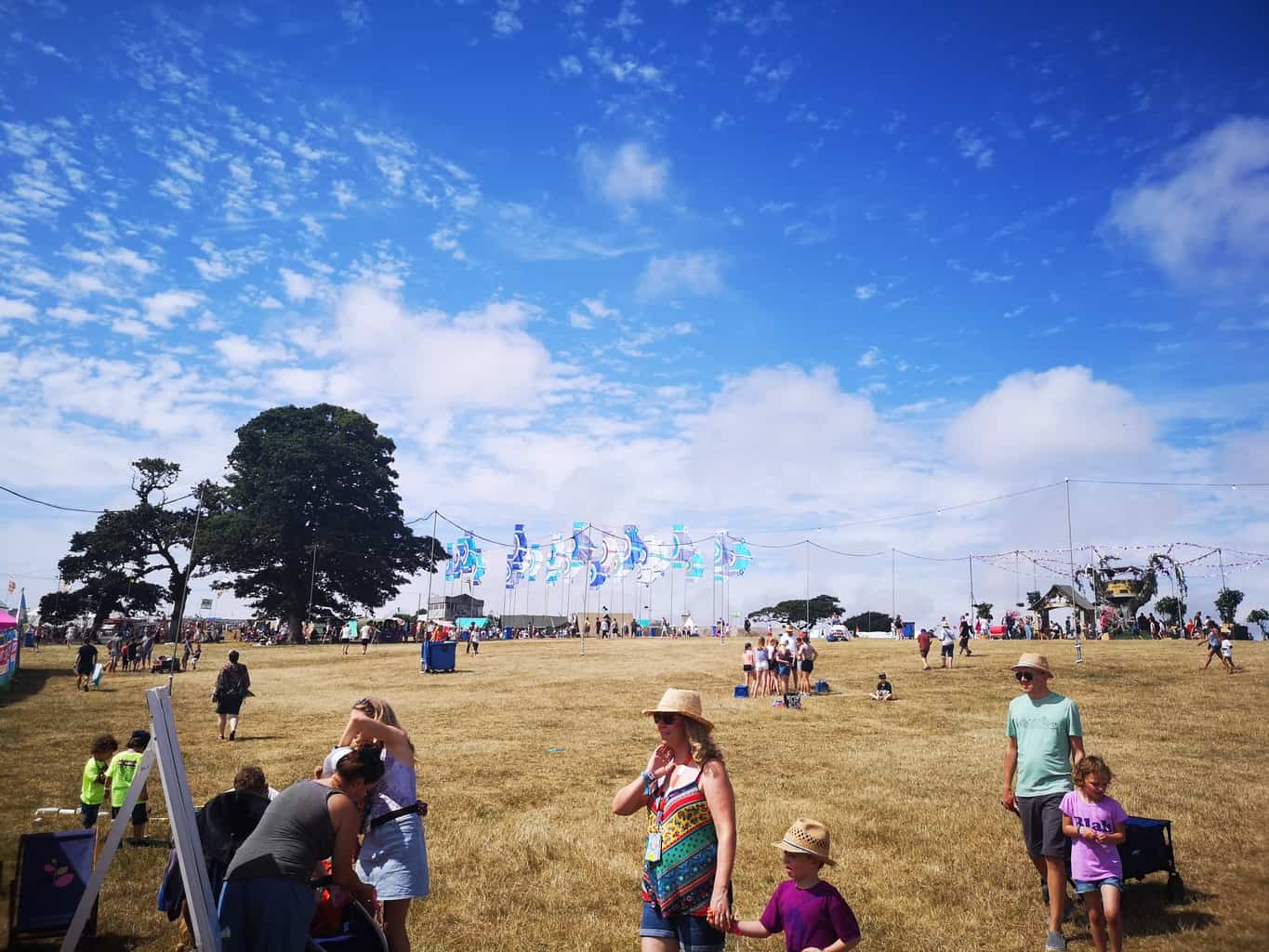 Ok, so you more than likely saw the news or heard the radio about the fact that Camp Bestival was a wee bit windy last weekend. In fact, it was so windy that it killed out tent by snapping the metal poles and we had to take shelter with Kara from ChelseaMamma on the Saturday night. It seems that we had a lucky escape as the weather only got worse as the night went on. That being said the weather didn’t dampen our enjoyment of the days that we were there.

We arrived at our Camping Plus campsite on the Thursday evening and we were happy to find a flat marked out pitch.  Having a space in Camping Plus really helped to ease any camping anxiety that we might have had. I hate worrying about where we are going to set up camp and Elizabeth struggles if we are surrounded by too many people so this was ideal for us. I also loved the added addition of flushing toilets and despite seeing others complain on social media we never had to wait to use the toilet. The shower trucks did have large queues but I think this was down to the set hours that the trucks operated and I would like to see them open earlier for those of us who wake up when the sun rises. They could also stay open during the day allowing people to space out their showers into quieter periods. That being said, I did think the fact people were queuing for a shower on the very first morning slightly crazy. I mean whats wrong with a wet wipe wash when you have only been away one night and you haven’t even danced at the festival yet?

Our 12 person Instant tent was a dream to put up and we were soon settled and organised with the kettle boiling really for a nice hot chocolate before bed.

The next day dawned bright and early (I might look at a blackout tent next time) as I rose when the sun did. I have never been great at sleeping in but I think camping adds a whole new dimension to the early mornings.  Thankfully we had a stove and a kettle so I wasn’t too bothered and the kids started to wake up around 7 am. We had a delicious breakfast cooked on the one ring stoves that I picked up from Go Outdoors (an absolute bargain!) and then headed into the festival for our first chance to explore.

One of the first things we came across was the Dorset Cereal area where you could get a free breakfast. Despite the fact we had already had breakfast we couldn’t help but tuck in and my girls soon found their favourite cereal whilst I was amazed at the dairy-free alternatives they had provided. This came in handy the next day when it was too windy to use our stoves.

We then explored the site before inevitably ending up in the Dingly Dell and watching the girls get muddy in Lizzie’s Way. This is their favourite place in the whole of Camp Bestival and they would happily spend hours playing in the mud kitchen.

There were so many amazing things that we experienced at Camp Bestival and we tried to do it on a budget which did mean that we had to miss some of the experiences but we did our research beforehand so we knew what to look out for. Some of the activities can soon add up but if you want to look for lots of free family fun there is always something to be found.

My girls didn’t stop having fun all weekend. They played in the sand, coloured in Tshirts with Visit Florida, broke a Guinness World Record with L.O.L Surprise and watched a Punch and Judy show.

We watched the insect circus and saw the science shows, caught the Samm the Bubble Man performing in the Greatest tent in the world and shouted boogies at Dick N Dom on the Castle stage, we filled two full days with entertainment and still missed out on so much more. 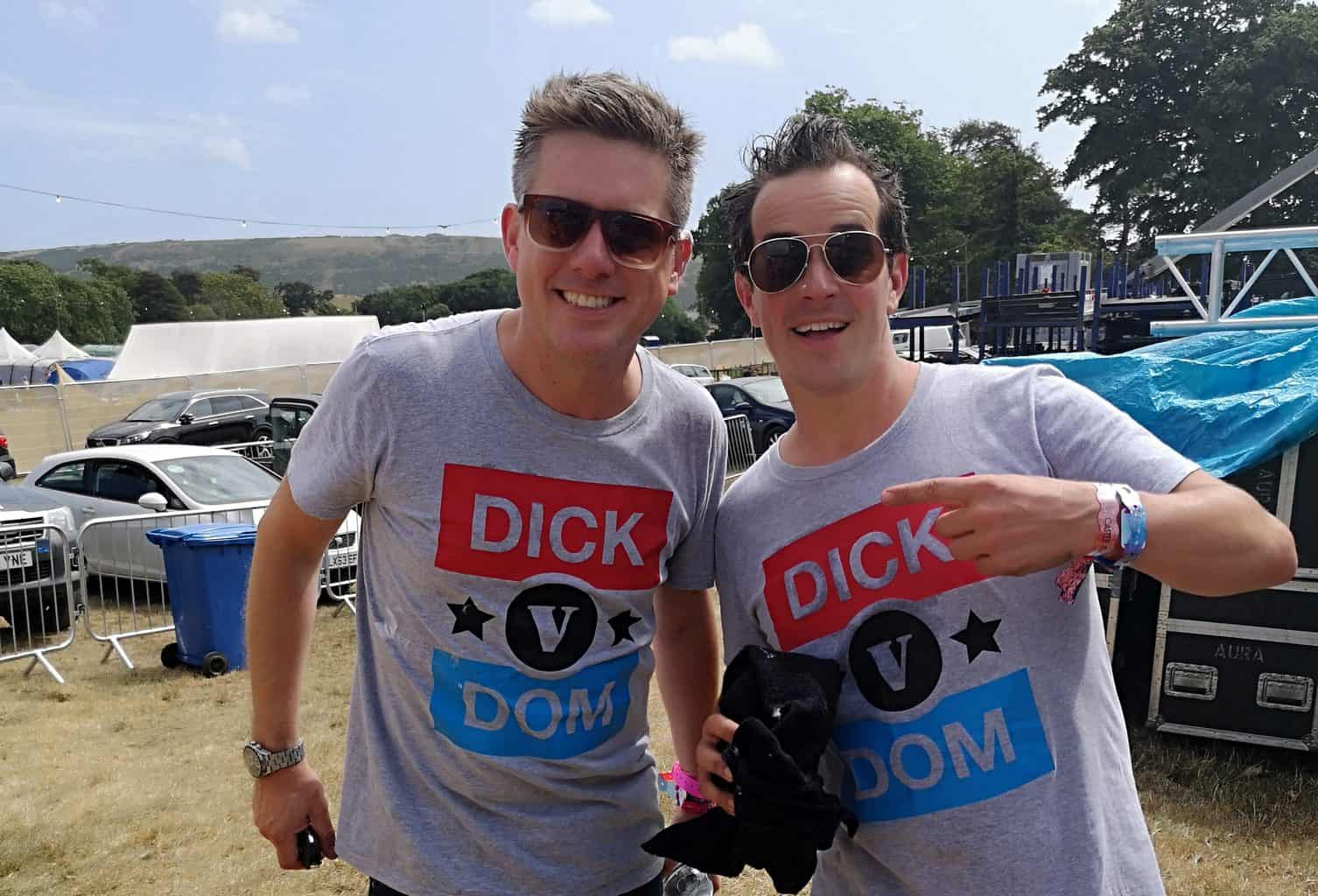 We can’t wait to return for Camp Bestival 2019 and look forward to finding out all about the headline acts and what else they have in store for us. EARLY BIRD TICKETS ON SALE 10AM MONDAY 6TH AUGUST campbestival.net 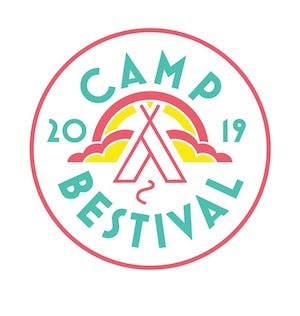 I just need to get us a new tent first. 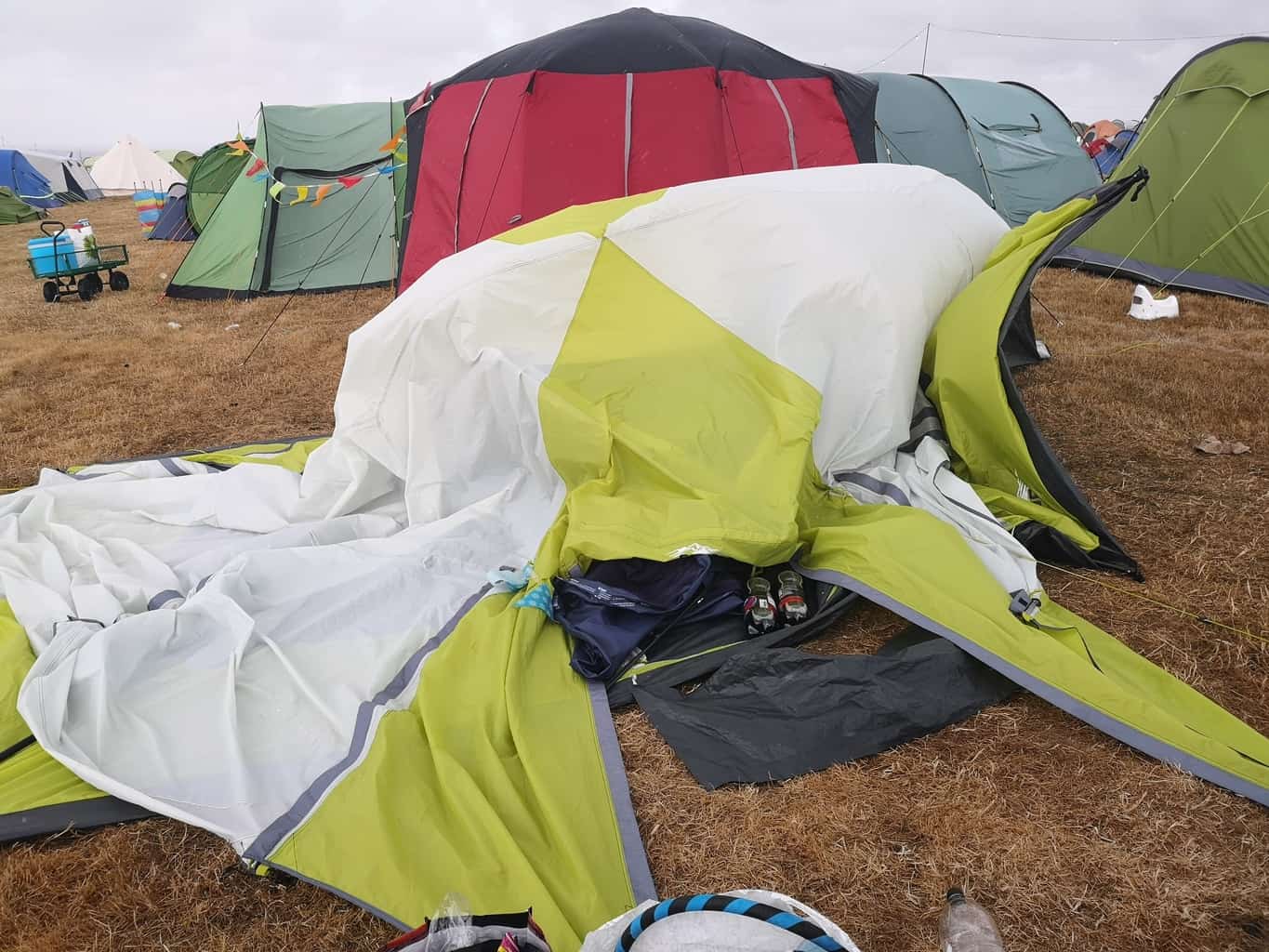