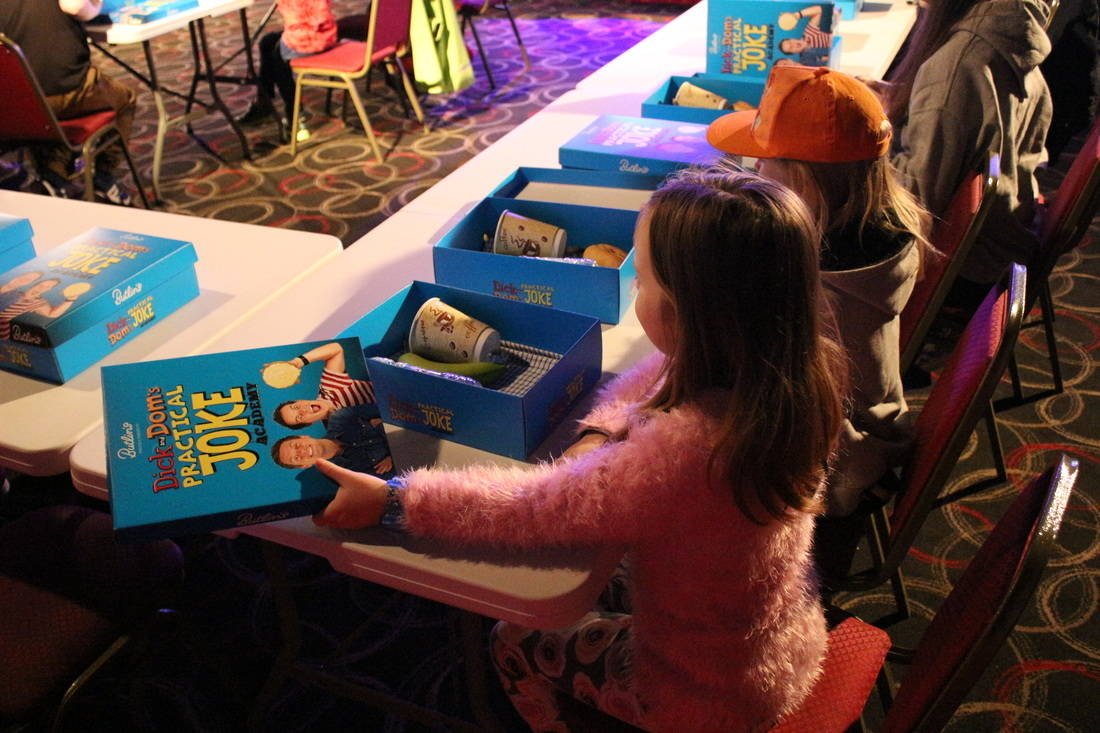 I can’t believe it has been two weeks since we came back from Butlins Minehead, where has the time gone!Although we have been selected to be Butlins Ambassadors this year the trip we went on in February was actually one that we had booked ourselves as we love Butlins and usually go at least twice a year. We booked to go to Minehead instead of Bognor Regis (where we would normally visit) because we saw that Dick n Dom were in Minehead on the weekend we wanted to go and we absolutely love their live show which we have seen a few times.

When I was booking I also noticed that there was the chance to attend a special Practical Joke Academy hosted by Dick n Dom themselves and I knew that this was right up the girls’ street. It cost £20 per kid to attend the academy and they got the chance to interact with Dick n Dom as they learnt four fabulous practical jokes using the items in the boxes that were in front of them. 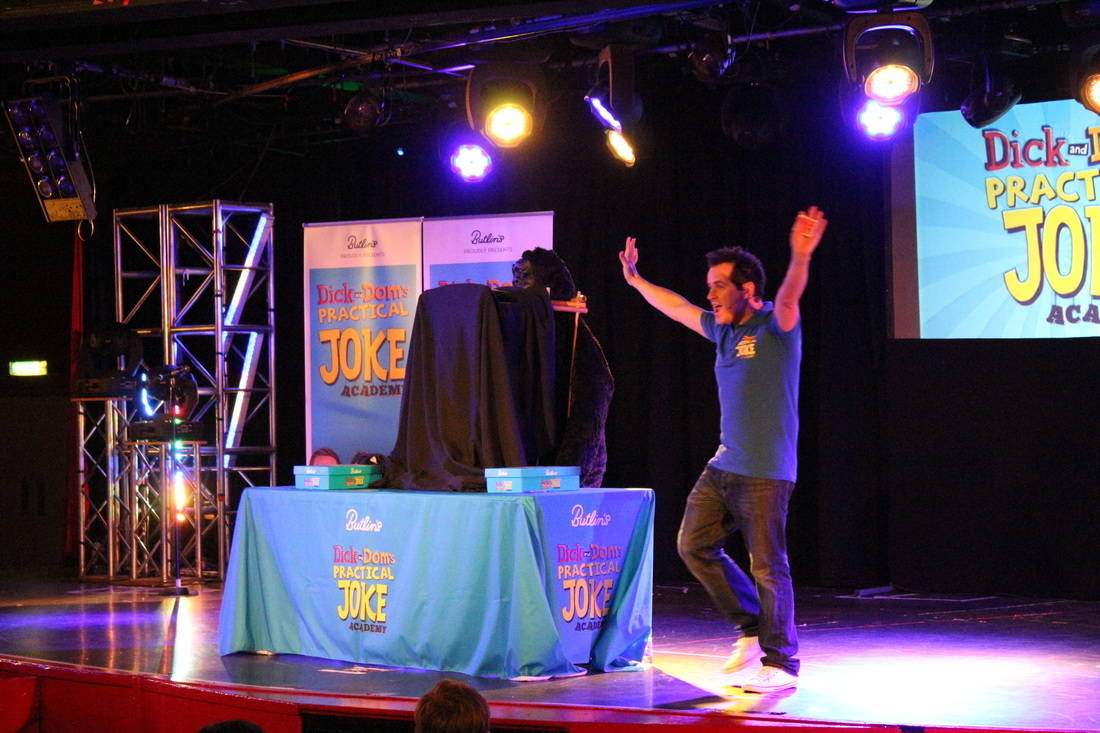 Along with some Red Coats, Dick and Dom both got down to the same level as the kids and helped them to complete the tricks which the kids thought was fantastic. After they had all had a chance to complete the four tricks, Dick and Dom selected four kids to go on to the stage to perform the tricks for everyone else. There were around 70 kids signed on to the special session and it allows all of the kids to really get up close and personal with Dick and Dom and at the end, they all had the opportunity to go on to the stage for a photo and to collect their certificate for taking part.Although I wasn’t sure about the price tag, to begin with, it was definitely worth the money and really does allow the kids to get hands-on and have fun with these fabulous TV stars who are naughty and cheeky and who the kids seemed to love.

Dick n Dom also performed their live stage show later that day for all Butlins guests in Centre Stage so even those who didn’t sign up to the academy still had the chance to see Dick n Dom in action.