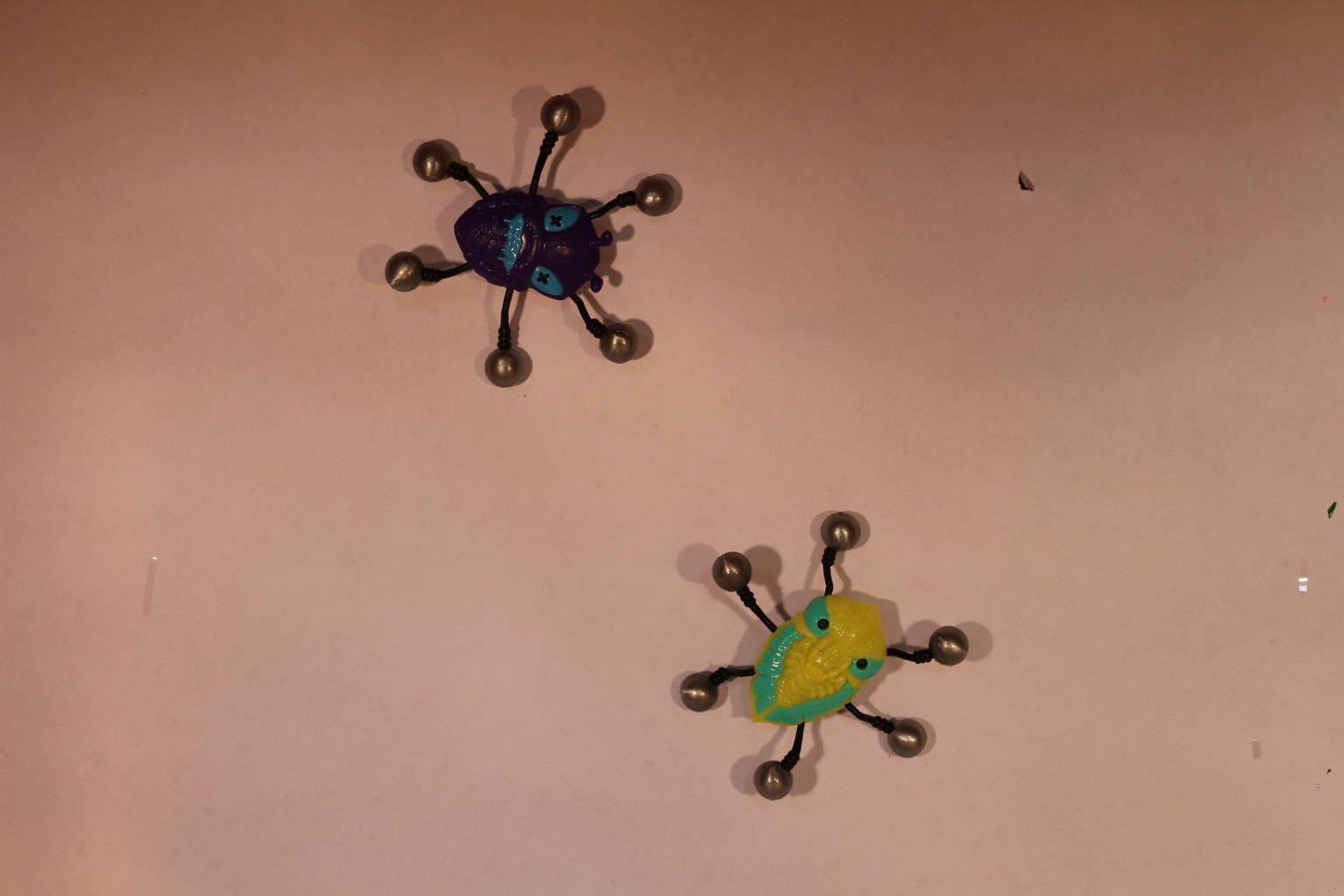 My kids seem to like nothing more than shooting me with a projectile of some sorts so I knew that they would both love the X-Shot Bug Attack Bow and Arrow. Thankfully the set also comes with two bugs which can be used as targets so they don’t need to shoot me anymore. 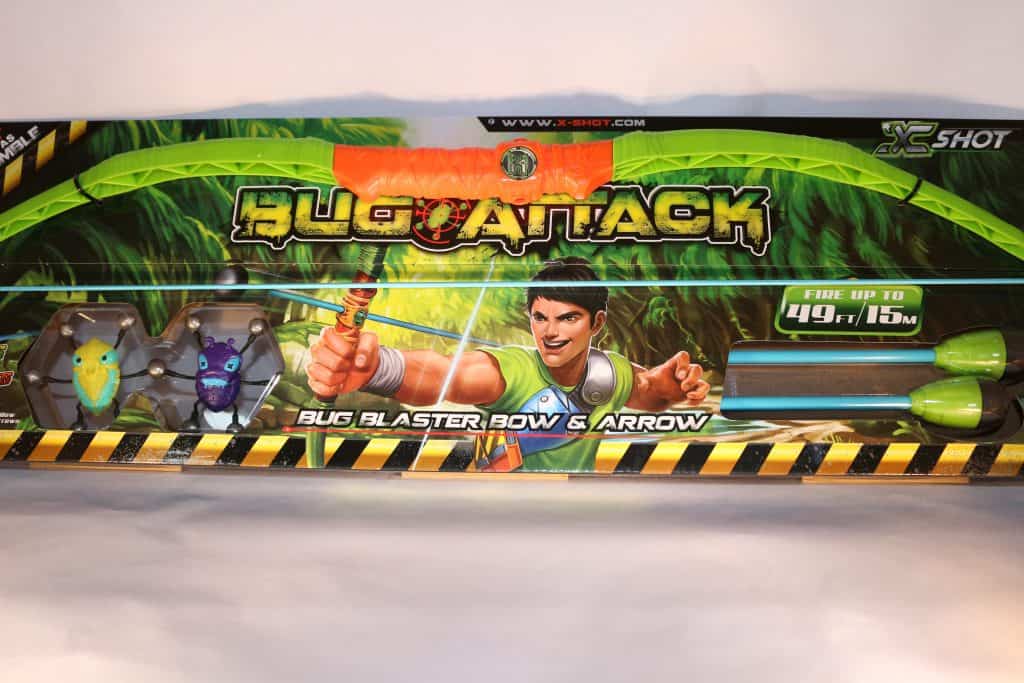 The X-Shot Bug attack bow and arrow comes with one bow, two arrows and two bugs. The bugs are pretty angry looking and they each have six legs with sticky feet. When you throw the bugs at the wall they crawl down the wall as the weight of them makes the feet come unstuck. This means that they become moving targets! 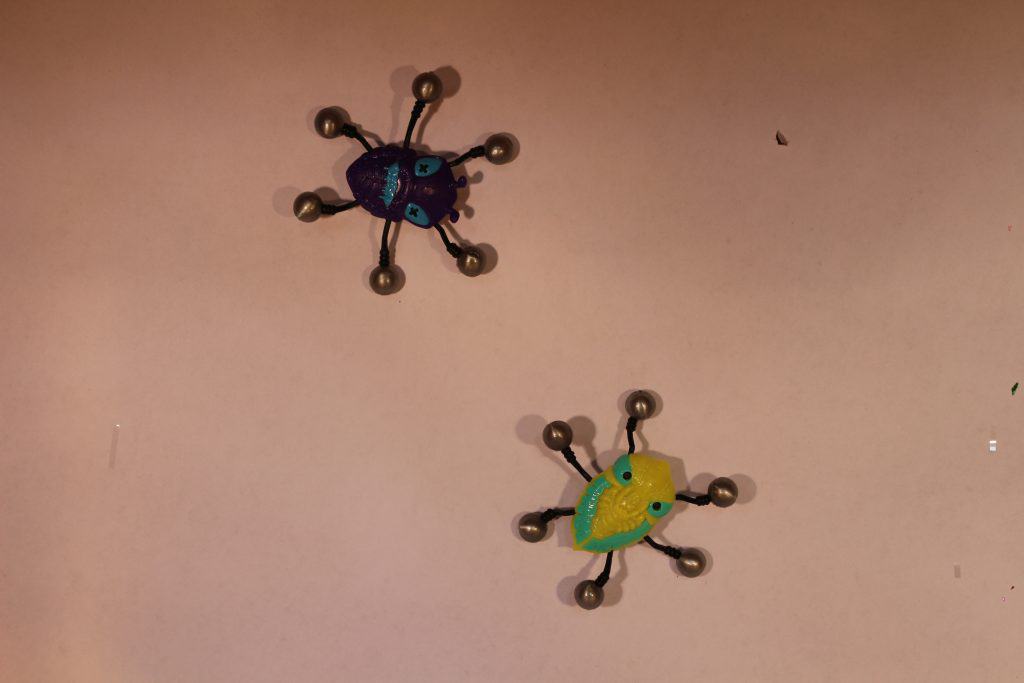 The set comes with two bug blasting arrows that consist of a plastic shaft and a plastic and foam head. The arrow tip is soft and flat so it won’t cause any damage to the walls if you miss your target. 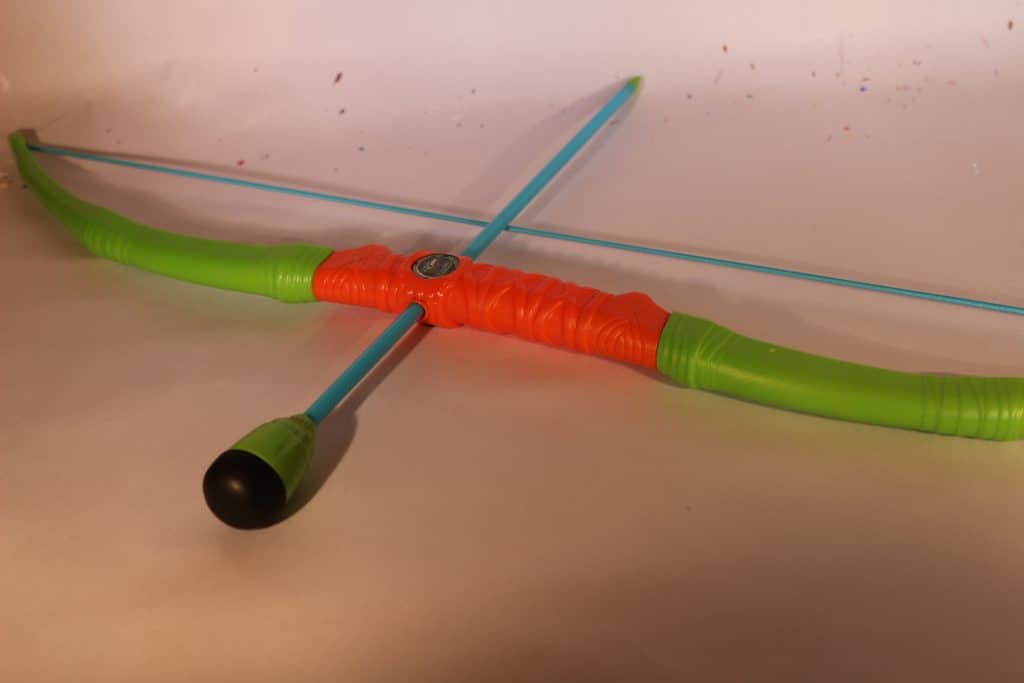 As you can see from the picture the bow has a hole through which you slide the arrow. You then place the elastic of the bow through the prongs on the end of the arrow shaft, pull back for tension and release. This did take a bit of practice and to begin with our arrows were only going a few meters but once we got the hang of firing the arrows we were able to shoot them all the way down the hall and through the living room.

The packaging states that the arrows can be fired up to 49ft/15m, now we are not even close to that at the moment but that is more due to space than anything else and we can’t wait to take this outdoors and see just how far it can really fly.

The X-Shot Bug attack bow and arrow is a lot of fun and because of the addition of the bugs it has added an element of skill to the toy that both girls have really enjoyed. Seeing the bugs climbing down the wall and trying to work out where they will be to shoot them is quite thrilling and I have to admit to getting pretty good at it although Alison is way better!

The X-Shot Bug attack bow and arrow gets a huge thumbs up from us and we would be interested to see the other products in the bug attack range such as the Eliminator and Rapid Fire guns.