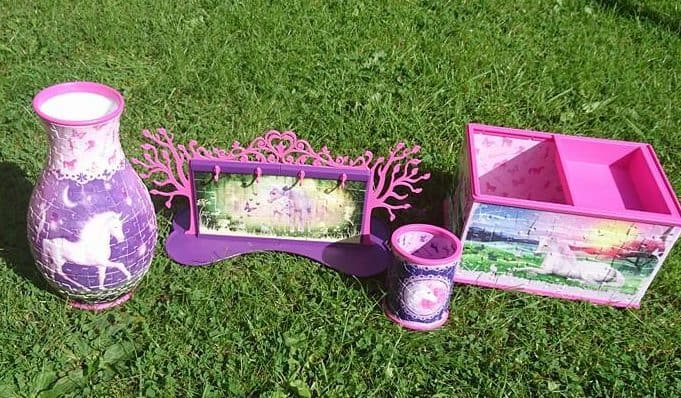 Jigsaw puzzles can get a bit boring so when I was offered the opportunity to review the new Ravensburger 3D puzzle range I thought we would give it a go. 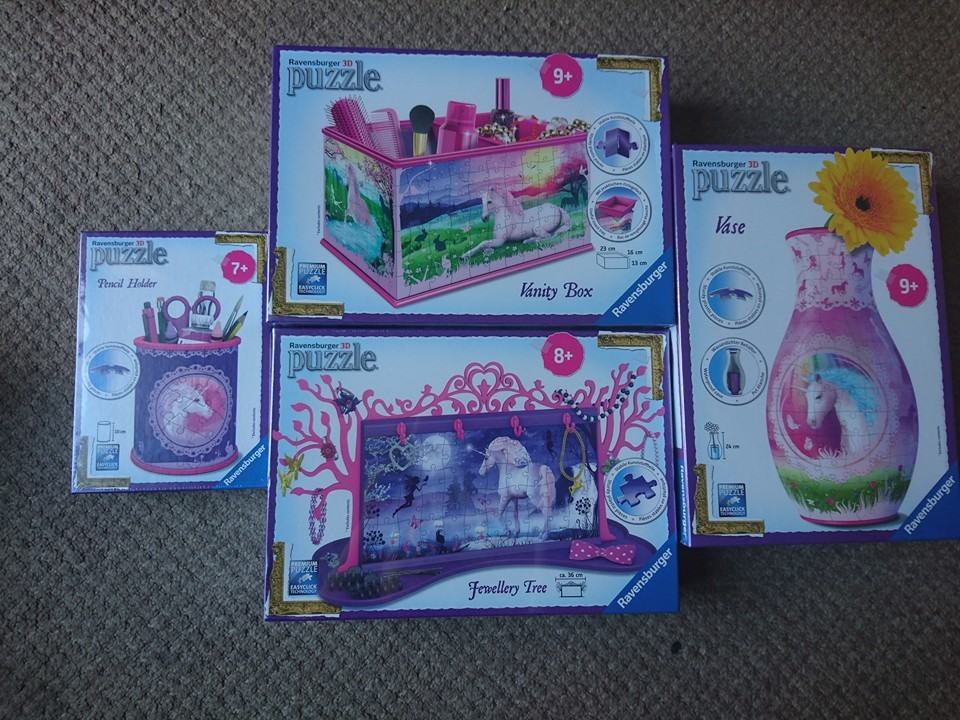 Now I want to start by saying how amazing these look once made and that they were not that hard to put together. Each puzzle piece has a number on the back and an arrow showing you where the next number connects. Creating 3D Puzzle models were fairly simple however, I did have a few issues. The first one is that when bending one of the corner pieces on the vanity box I accidentally snapped one of the pieces. It doesn’t make much difference to the overall aesthetics. When bending the pieces I was then just a little bit more careful not to push on the edges and I didn’t damage any others. 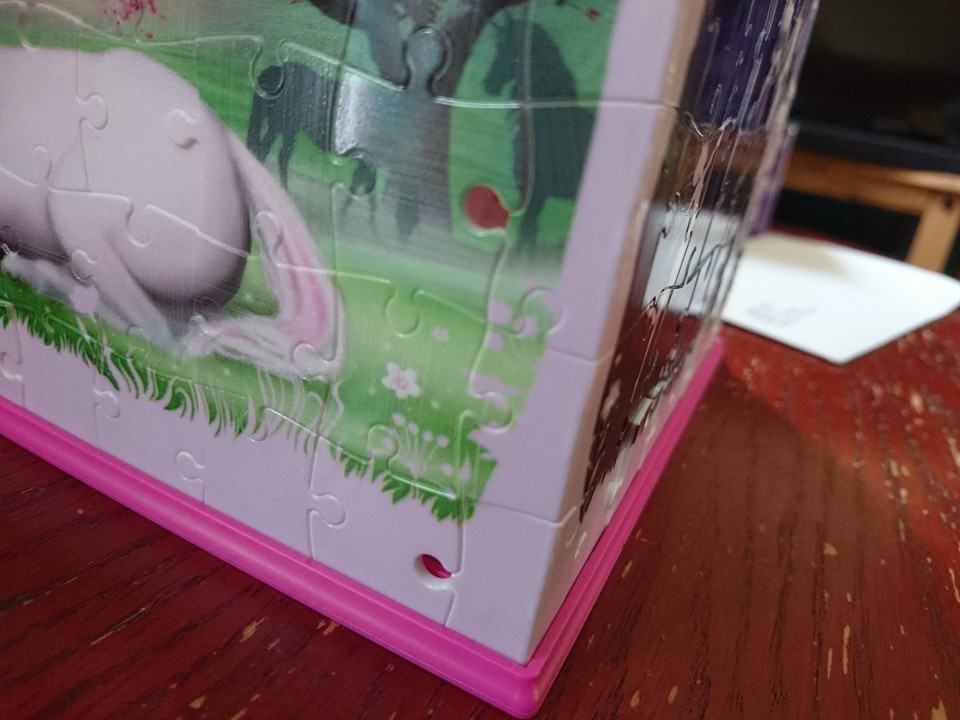 The other issue I had was when I had to put the top of the jewellery tree on. It didn’t slot together easily and I felt that if I forced it then I would end up breaking it. Luckily that was not the case and it did just need a bit of pressure to slide the pieces together so do bear that in mind. 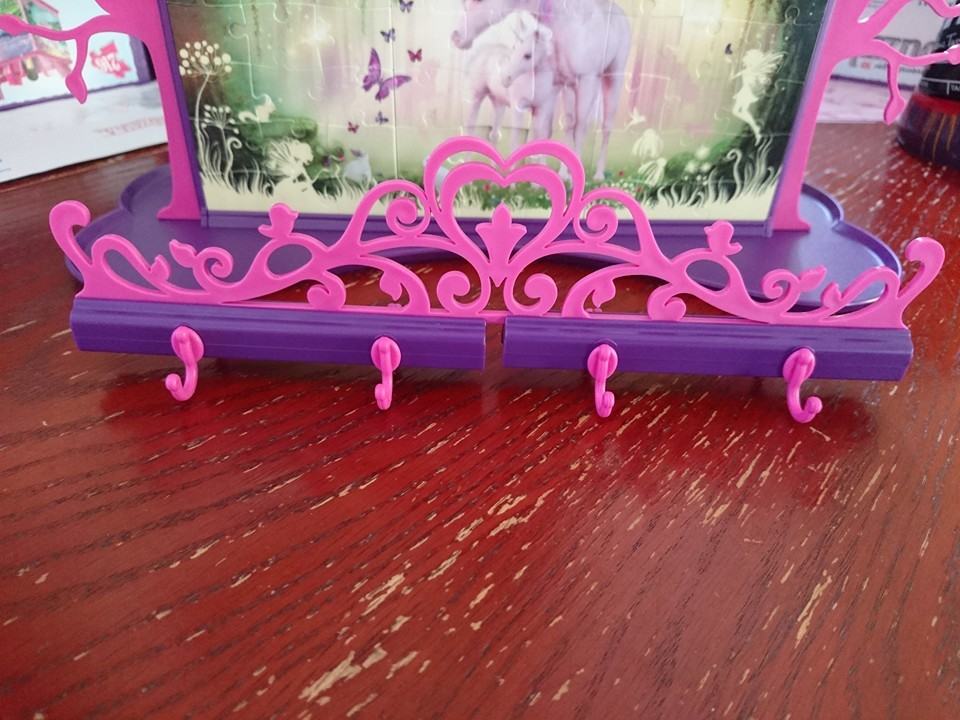 So those were the issues we had with the sets which considering there are four of them and they include curves, complex plastic bits and generally create pretty awesome end results I think that it is really good. The first 3D puzzle we created was the pencil pot. Elizabeth was able to do most of this by herself but I did help when adding the plastic pieces to prevent her breaking all of her hard work. She loved the added unicorn paper for the inside which is a great finishing touch. 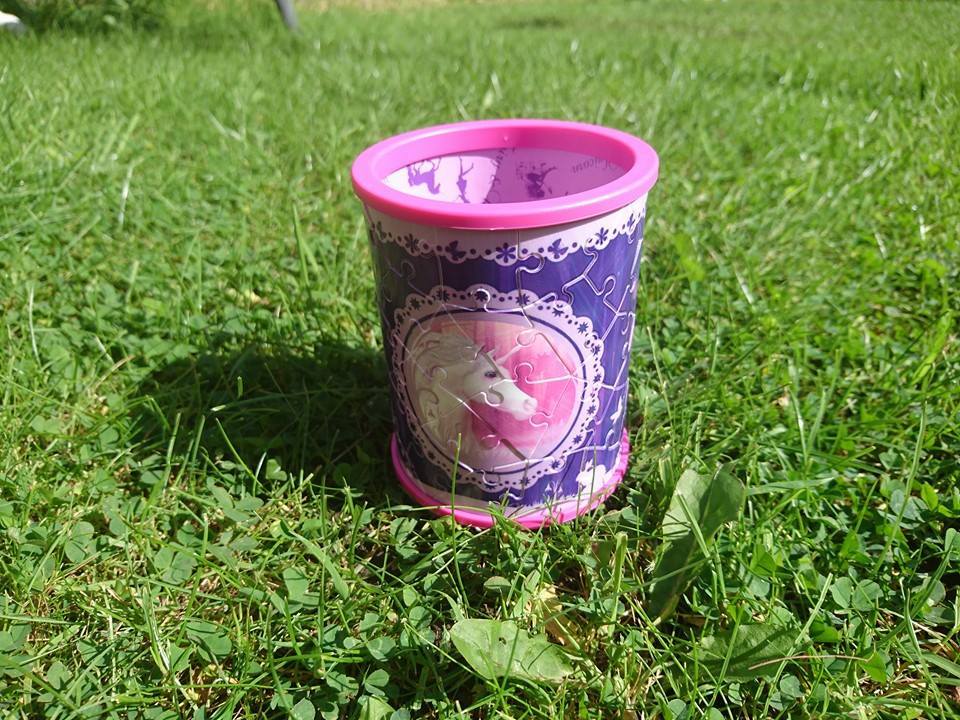 Elizabeth’s favourite 3D puzzle that she made was the vase. Made from 216 puzzle pieces it actually has a separate plastic beaker inside so it can really be used as a vase. 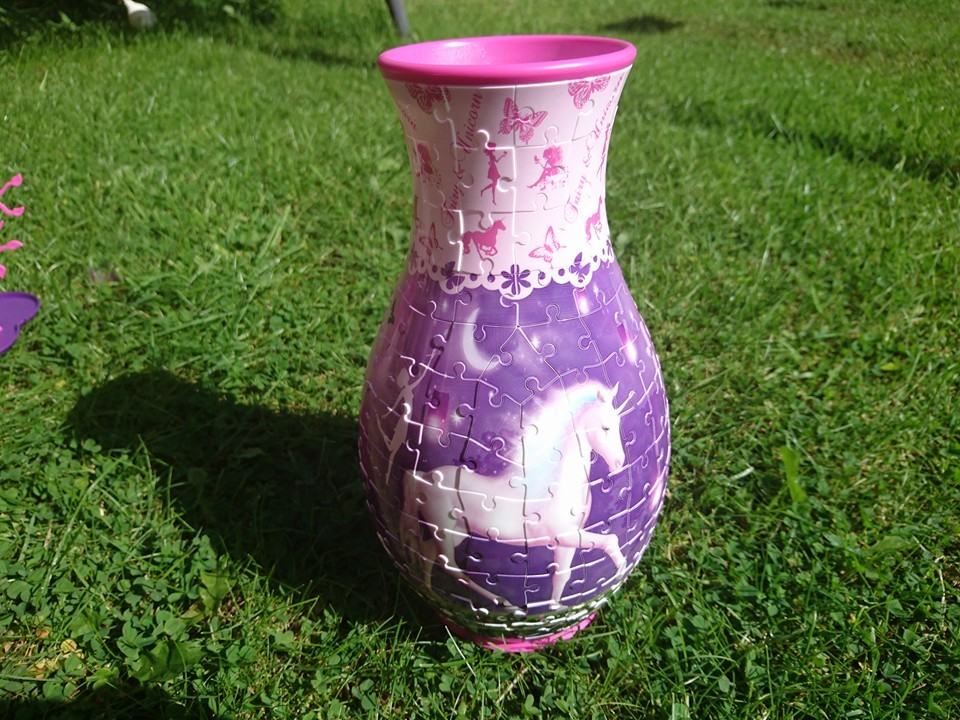 The other two 3D puzzle models were actually the hardest to build and yet they looked like they would be the easiest. The end results are fantastic though. The jewellery tree has lots of hooks for Elizabeths jewellery as well as trays around the bottom for her knick knacks and the Vanity box is now packed full of stationery as she is still too young for makeup.

All in all the 3D puzzle range was fantastic and something that can now be used instead of broken up and put back in the box to gather dust on the shelves. We would definitely recommend them even with the few issues that we had.