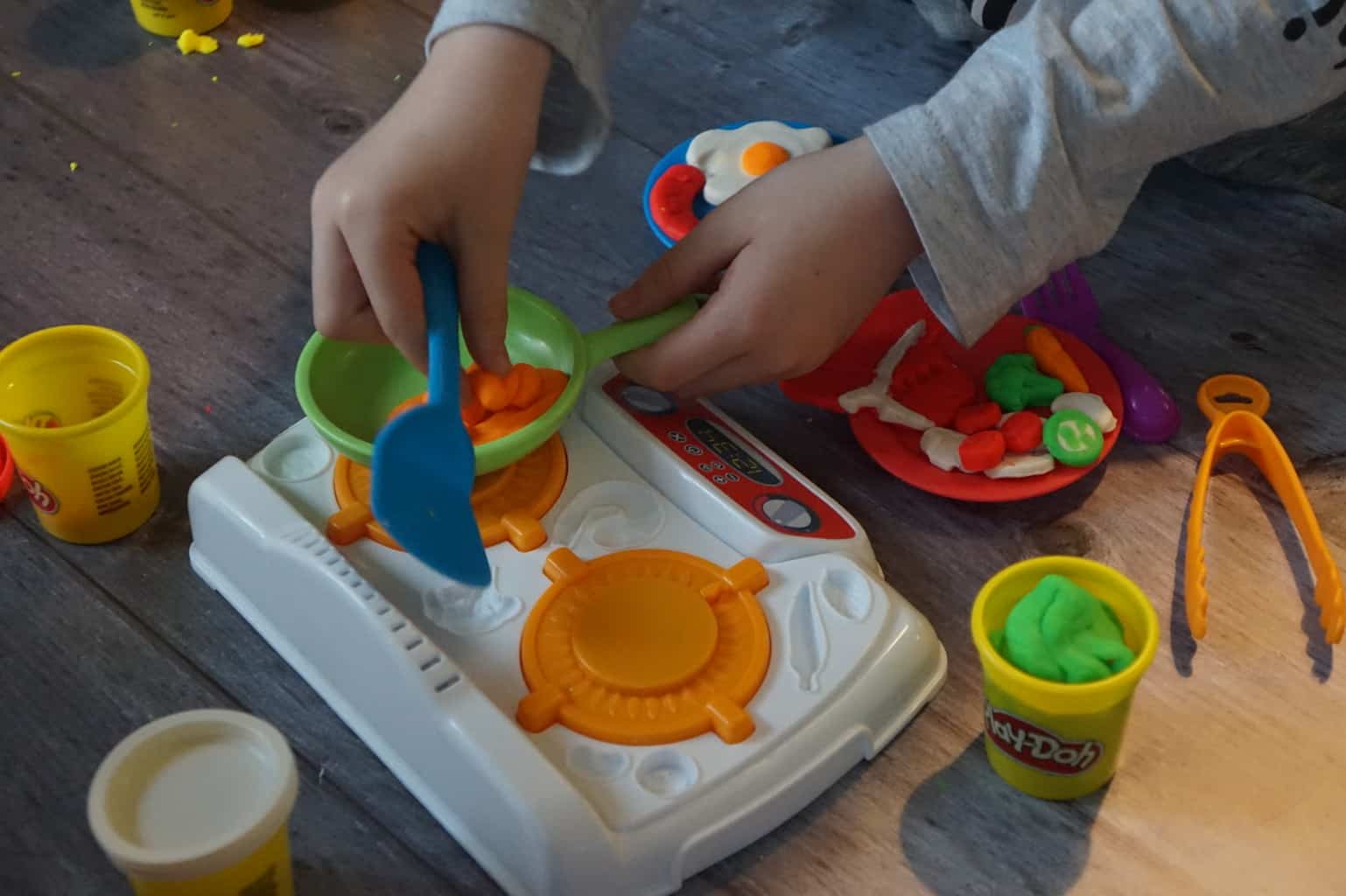 For some reason, even at seven and eight both of my girls still have a huge love of Playdoh. It is one of those products that parents either love or hate and in our house, I have to say that I love it. The Playdoh sets that you can get nowadays allow you to create some amazing looking models and helps to inspire the imagination too. We were recently sent one of the new Playdoh Kitchen Creations sets and I allowed it to sit on my desk tormenting my girls until we had enough time to really get creative because as much as I love it, I don’t think the end results look quite as good after a few turns when it all starts to turn a lovely brown colour from being mixed together. Not that the children mind at all but for photo purposes I wanted it to be lovely and fresh. Anyway, I finally gave in earlier this week and we all sat down to have a go together. 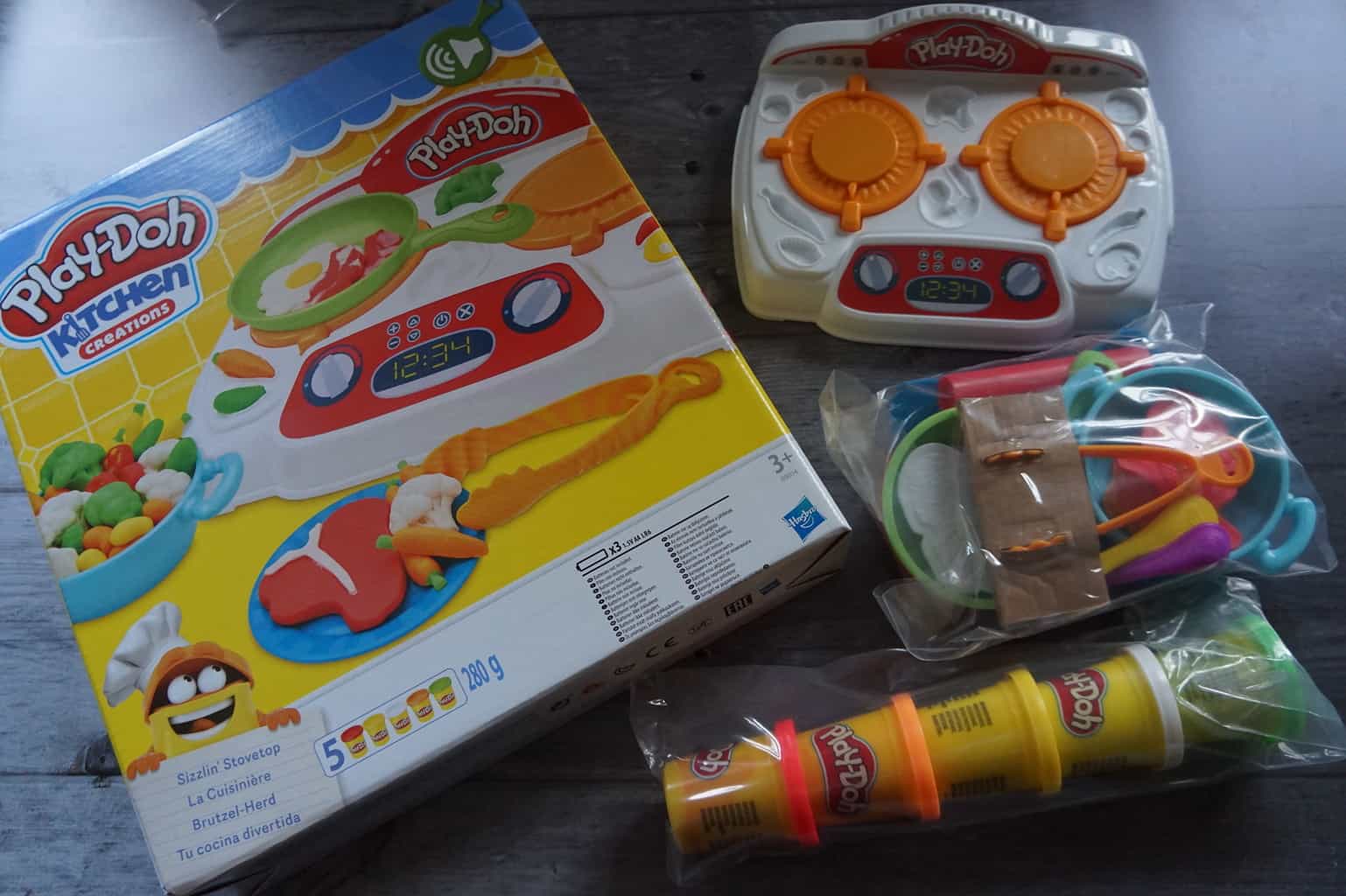 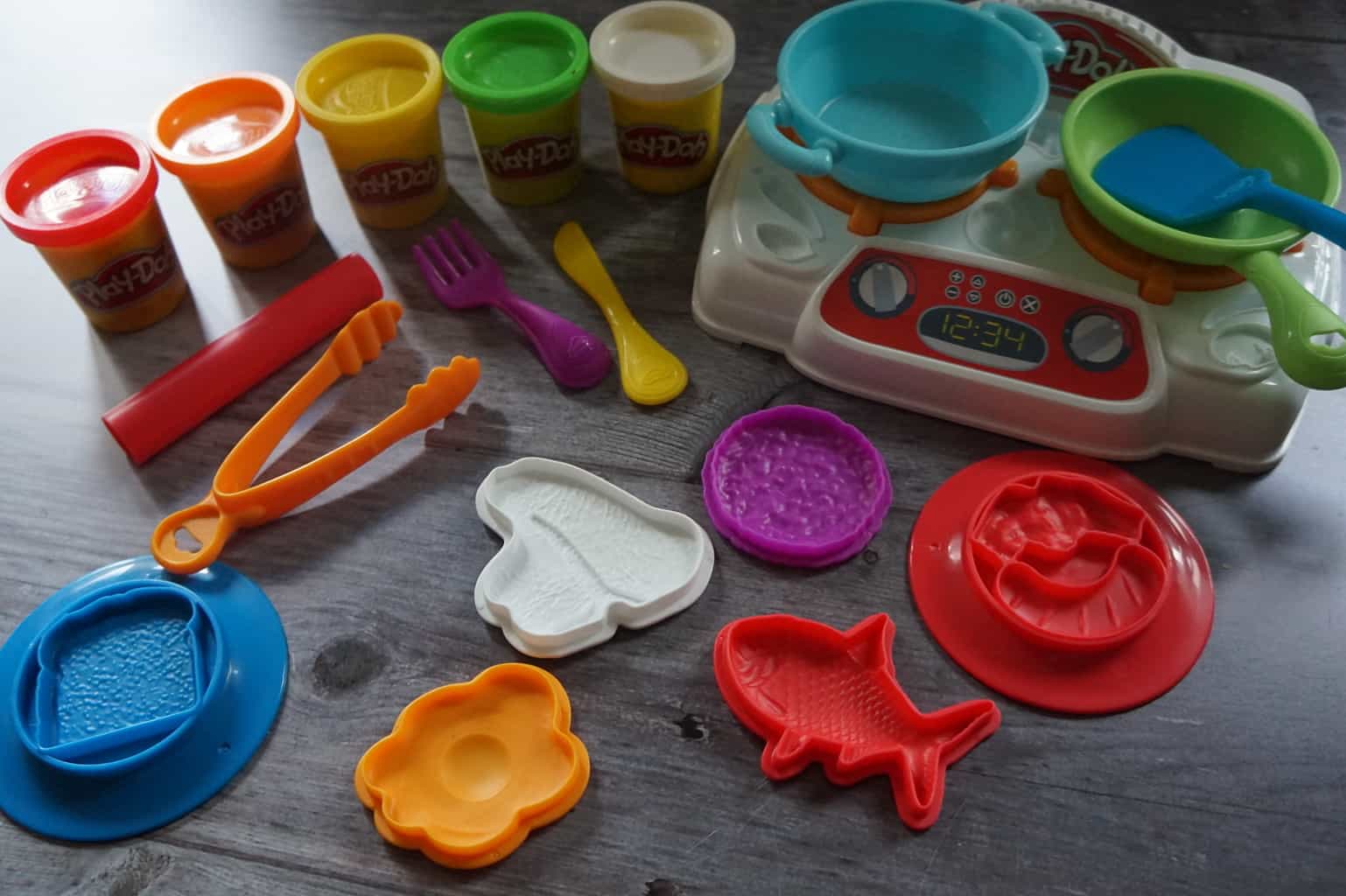 The bag of accessories includes a frying pan, saucepan, two plates, a spatula, tongs, knife and fork and a rolling pin as well as a selection of food moulds. 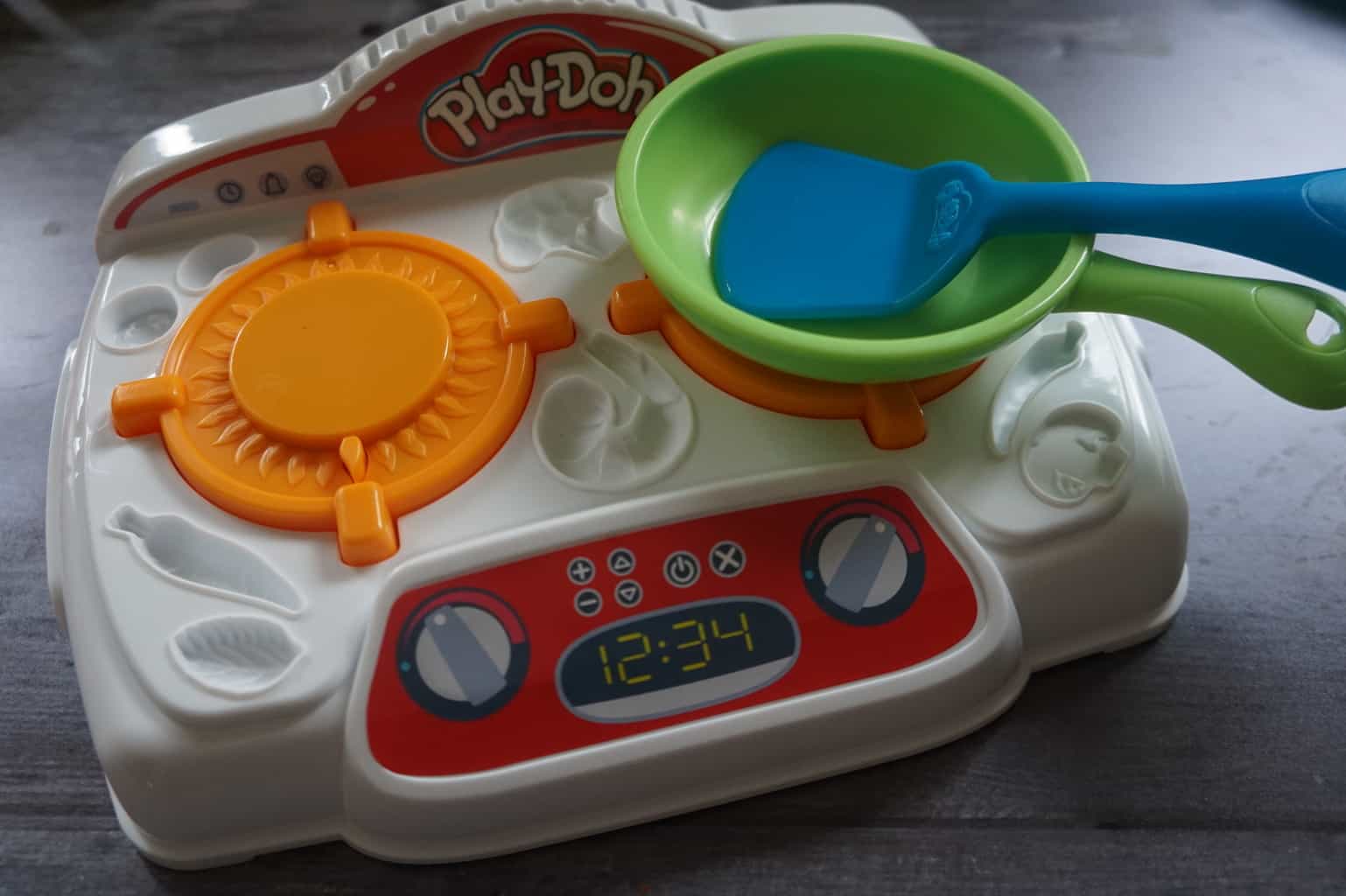 The Playdoh Kitchen Creations Sizzlin’ Stovetop takes 3 AA batteries which add a variety of sounds to the play. At first, I thought it was just a sizzling sound as this is what is produced when I pressed down on the little flame button. When I placed one of the pans on the stovetop it made a different sound like meat being placed in hot fat before sizzling. If the pan is left on the stove then it eventually starts an oven timer and a buzzer to let you know it is finished. This is a great feature that took up by surprise the first time it happened. 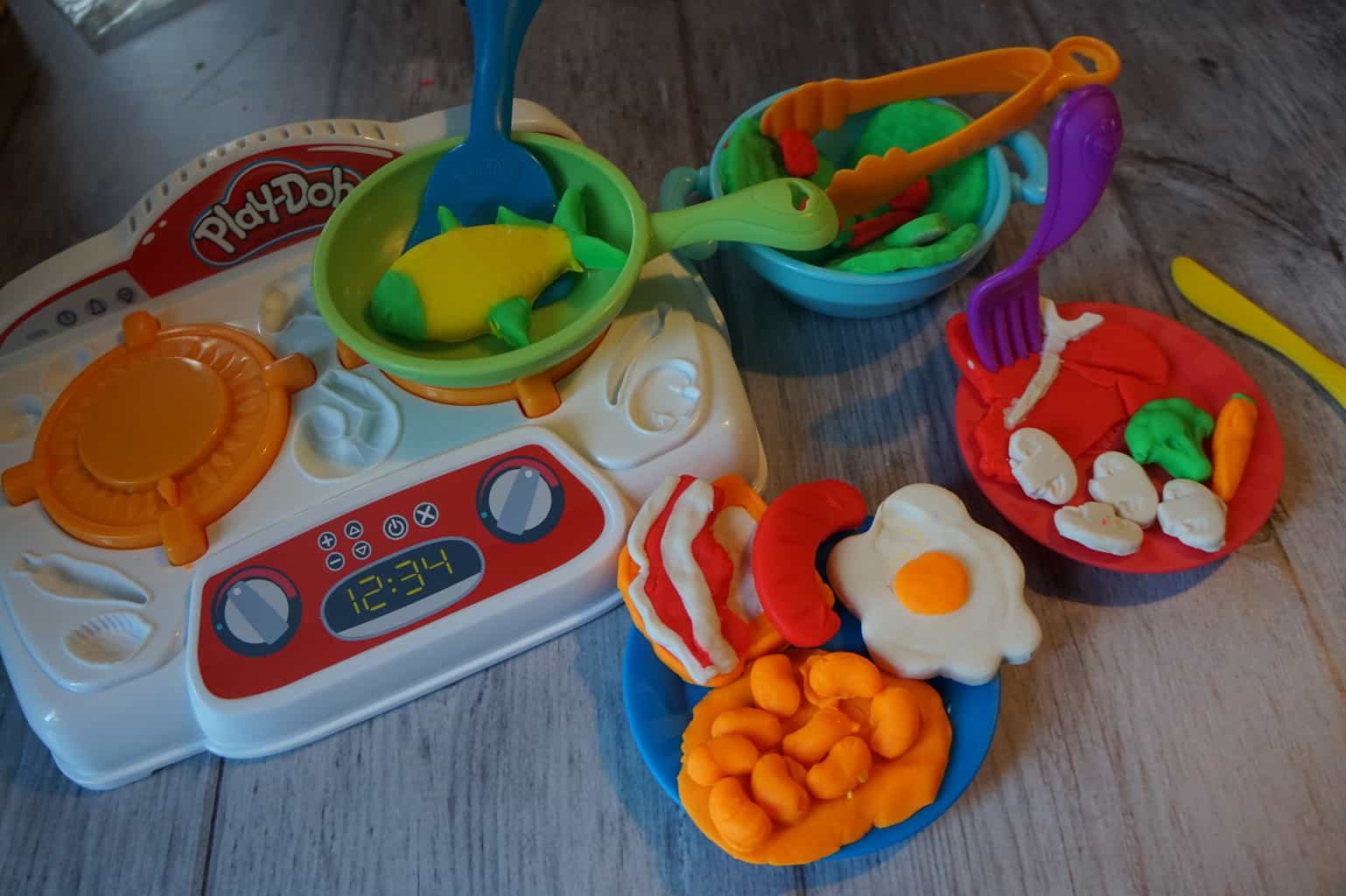 The food we were able to create using the included moulds looked fantastic and the girls then proceeded to play cafe, serving us up a selection of random food that less and less like it was supposed too. 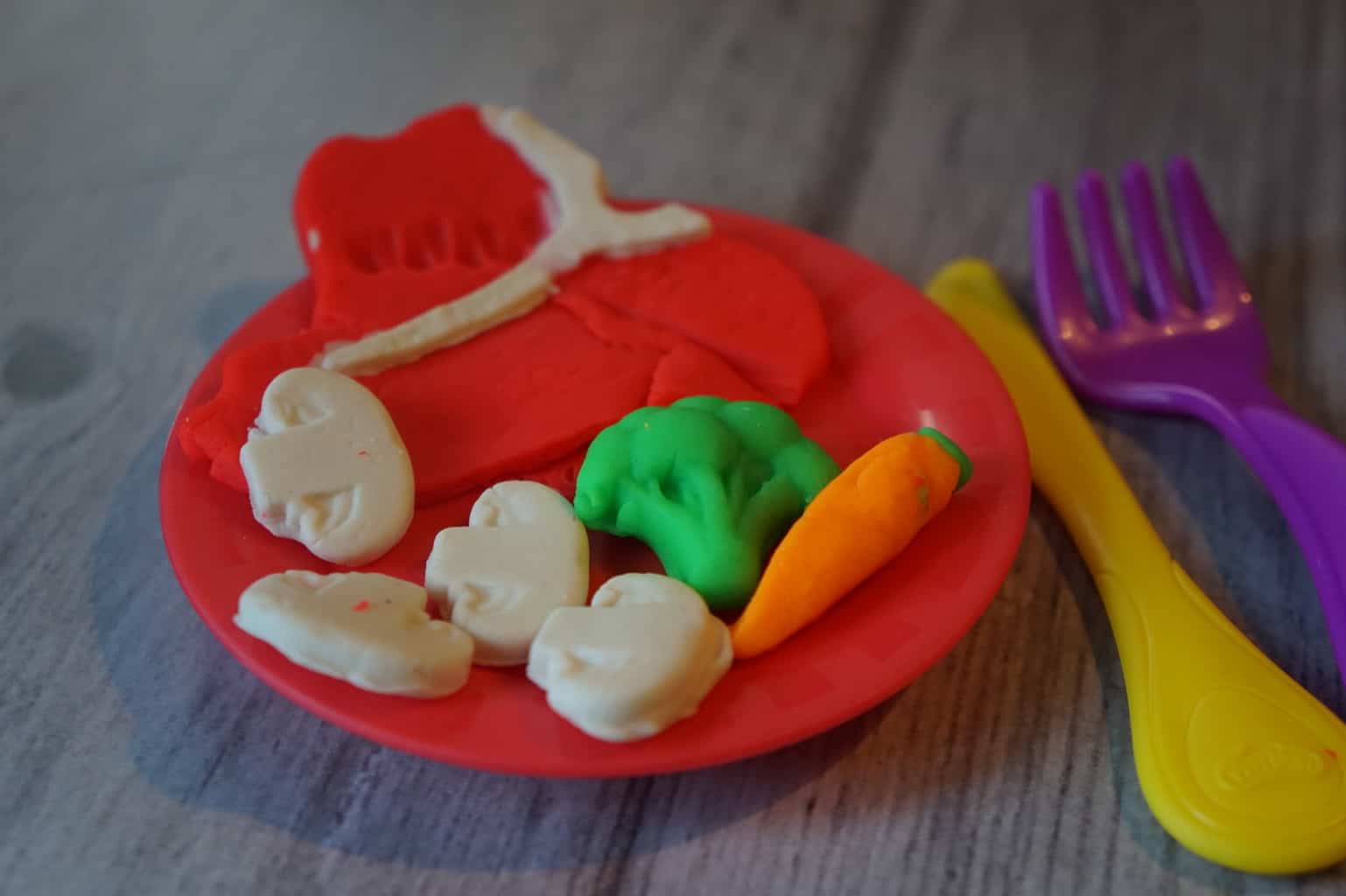 The Playdoh Kitchen Creations Sizzlin’ Stovetop was not only a great set for making the food but it also allowed them to continue the play after they made it and that took the set to a whole new level. They have now asked for some more Playdoh and Playdoh sets. I love the look of the Playdoh Kitchen Creations Noodle making mania as well as the shape ‘n slice play set and they are all under £20 which makes them great value too! 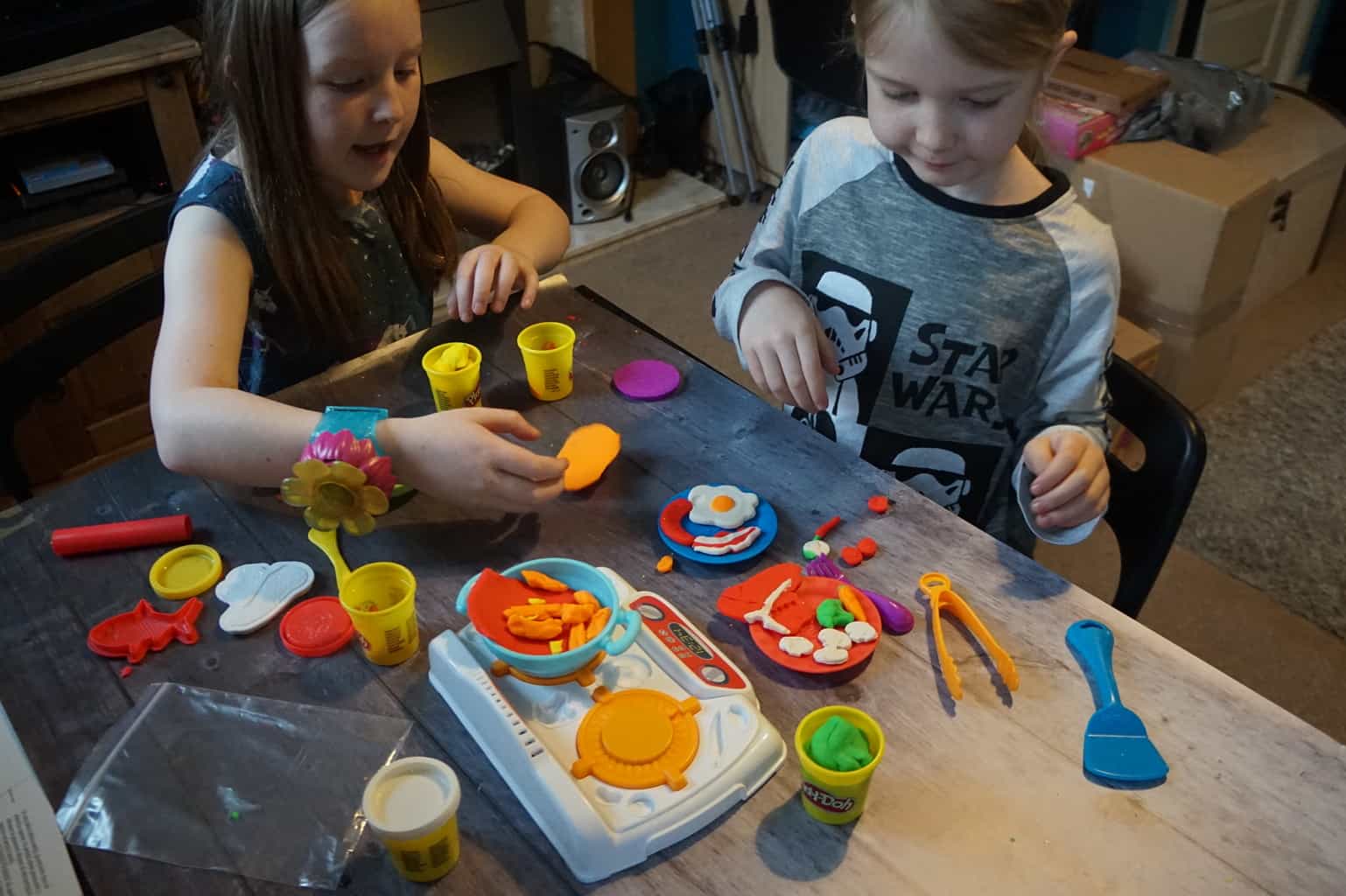