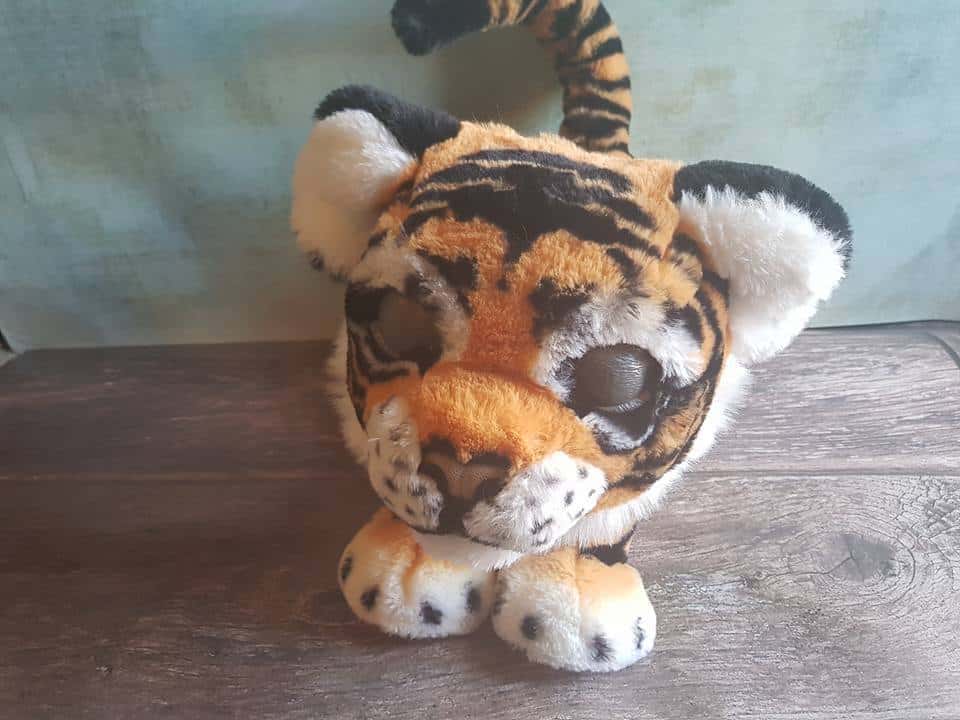 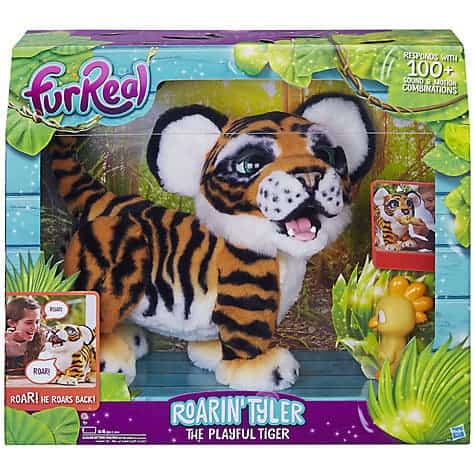 Roarin’ Tyler the playful Tiger is so cute and super fluffy. He has big expressive eyes and has lots of personality that makes you want to talk to him and play with him. 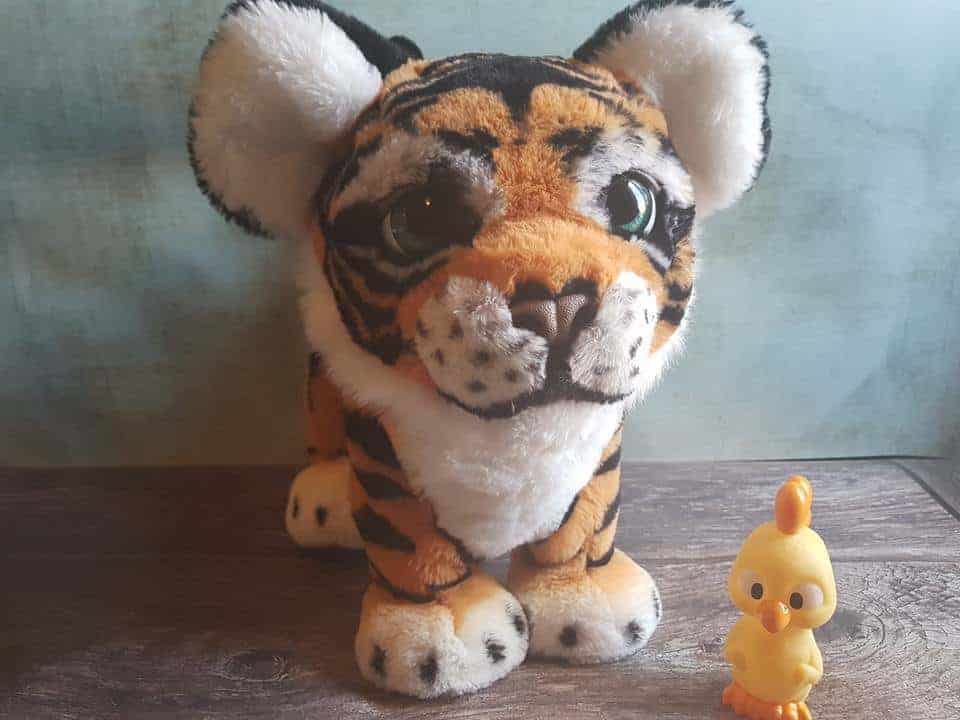 Roarin’ Tyler the playful Tiger comes with a plastic toy that almost looks like it should have a squeaker in it like a dogs toy. Tyler holds the toy in his mouth and has fun chomping down on it. 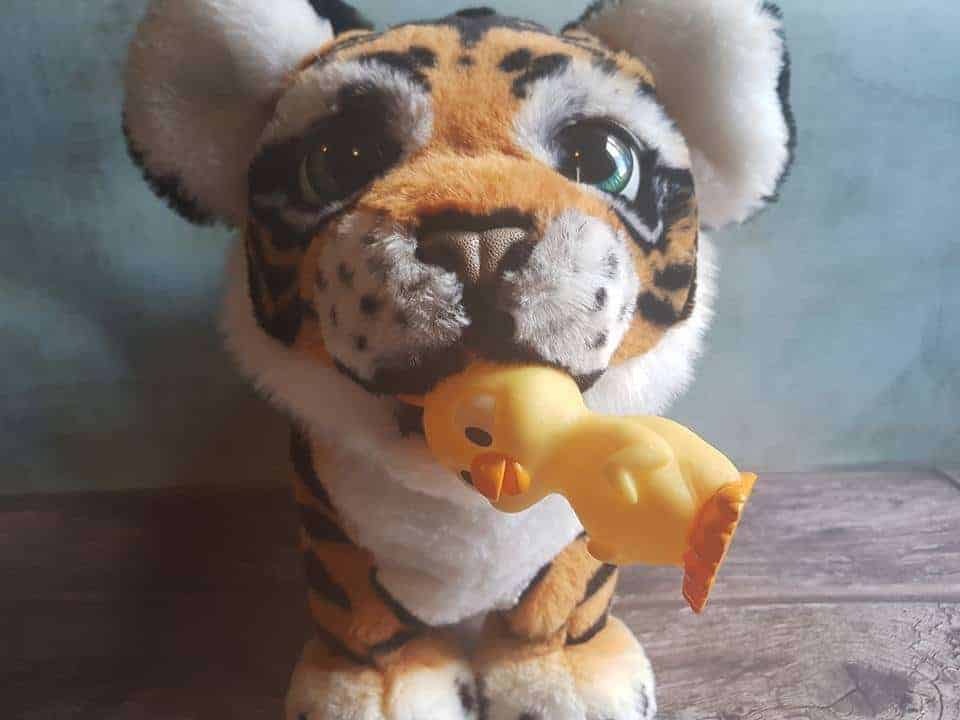 Tyler has lots of different movements from sitting, standing and stretching . I love it when he stretches out and closes his eyes. Tyler only moves his front legs so you pose his rear legs to make him sit or stand. He moves his eyes, ears and tail as well as moving his head. Tyler has sensors on his back, forehead, mouth and muzzle and also has a button on his back. He also has a microphone that means he reacts when you roar at him.

With so many different ways to play Roarin’ Tyler the playful Tiger is a great companion and one that my girls have treasured. Alison loves roaring loudly at him and listening to him roar back and Elizabeth is just completely besotted with him. It isn’t often that the kids get so attached to a toy but with his almost realistic movements and playful nature Tyler has found a way into our hearts and I have to say that even I am guilty of spending far too long playing with him when I was supposed to be taking photos.

Roarin’ Tyler the Playful Tiger is a big purchase and would be great as the main Christmas present if it is on your child’s Christmas list.