To help recapture the magic of Wii Sports Nintendo have created a sequel to their best selling game of all time, but as a digital download for the Wii U console.  Remastered in HD and given online multiplayer, this is a welcomed addition to the ever growing Wii U library.  At the moment Tennis, Bowling and Golf are the only sports available with Boxing and Baseball set to be ready for download very soon.

The controls are quite similar to Wii Sports in that you use the Wii remote to mimic actions for various sports. The difference this time though is that with this version it makes full use of the controller’s motion plus (please note that the game won’t work without Motion Plus).  Playing tennis for the first time made me quickly realise this as you can now perform specific tennis shots such as topspin and slice.  Bowling on the other hand was a little more familiar to get to grips with, as the addition of motion plus made spin shots a lot easier to perform.  The star sport though has to be Golf, which requires you to place your gamepad on the floor to display the ball while you take a swing over it with your Wii remote.

Other additions are players being able to join a club for different regions all over the world.  This is where you can be ranked against other members of your club and even see how your club ranks against other clubs.  It’s a nice little touch that creates a sense of community amongst other club members.  You can also use the Wii U gamepad to send messages to other players via Miiverse during online play.

Wii Sports Club is available for download from the Nintendo eShop.  What’s great is that you can receive a free 24 hour trial before making any purchases.  After your trial ends you have the option of a 24 hour access to all games for a fee of £1.79 or you can buy full access to an individual sport for £8.99. 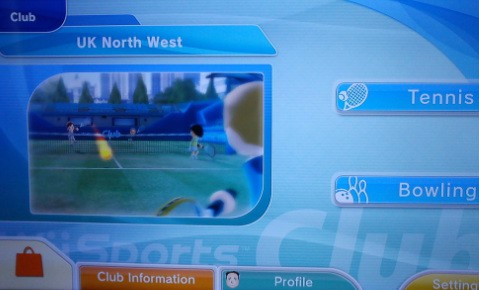