Skip to content
The title of this post should give a clue that following the release of the LEGO NINJAGO Movie, the studio executives decided to also release a movie tie-in video game.  Our family are no strangers to the NINJAGO franchise or the popular LEGO video games, so we were super excited to add this title to our collection. The games loosely follow the plot of the film and even includes segments from the movie itself.  After watching the film, I did notice that some of the voice actors sounded different, however, that’s a small gripe and isn’t likely to be noticed by any of the younger fans. 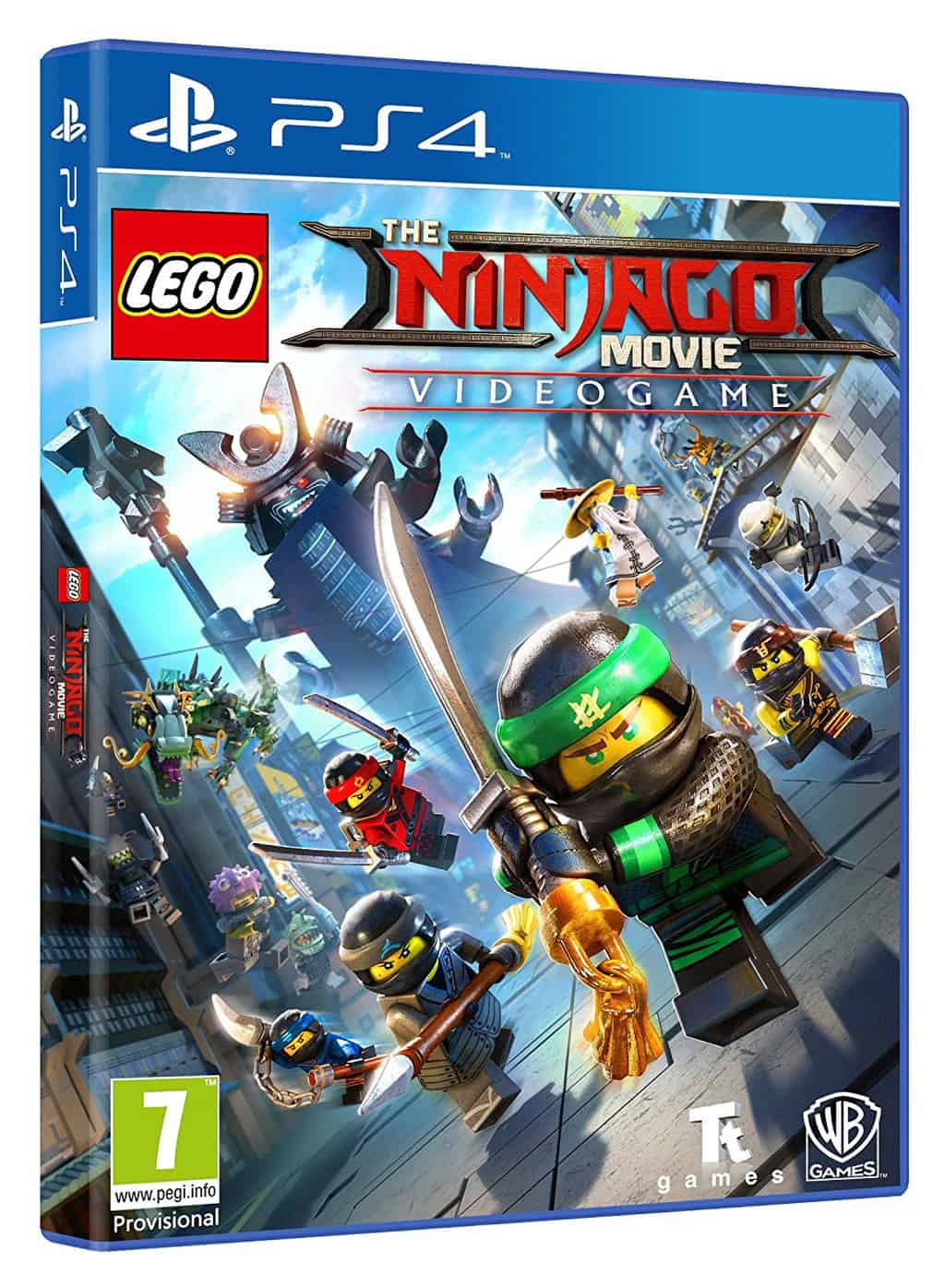 The story centres around a band of young high school students, who are ninjas in training and regularly save the city of Ninjago from the evil villain, Garmadon.  Coincidentally, Garmadon is the father of the green ninja Lloyd, who shows resentment towards his actions and lack of parenting.  Unfortunately, Lloyd allows his father to gain possession of an Ultimate Weapon and following this he takes control of the city. The group must then undertake a journey to a sacred place, in order to obtain the Ultimate Ultimate Weapon to defeat Garmadon and his henchmen.
Unlike previous LEGO games, there’s a strong emphasis on martial arts, so your main attack against enemies is hand-to-hand combat.  I’ve played lots of LEGO games over the years and found this alternative style quite refreshing.  There’s still a need to build your way through levels, collect studs, gold bricks and unlock new characters.  You can also unlock new moves, so before you know it you will be performing various special attacks to help progress through the main campaign.  It may not be as extensive as other adult orientated games, but it should keep players engaged and adds an extra layer to combat we’ve not seen in previous titles.
On a similar note, there’s a skill tree system that comes into play as you earn tokens.  The skills you unlock can extend the power of a move or increase the multiplier for the studs you collect during levels.  It was great to see these tokens being awarded frequently during play, so by the time you reach the game’s end, your characters should be fully upgraded. 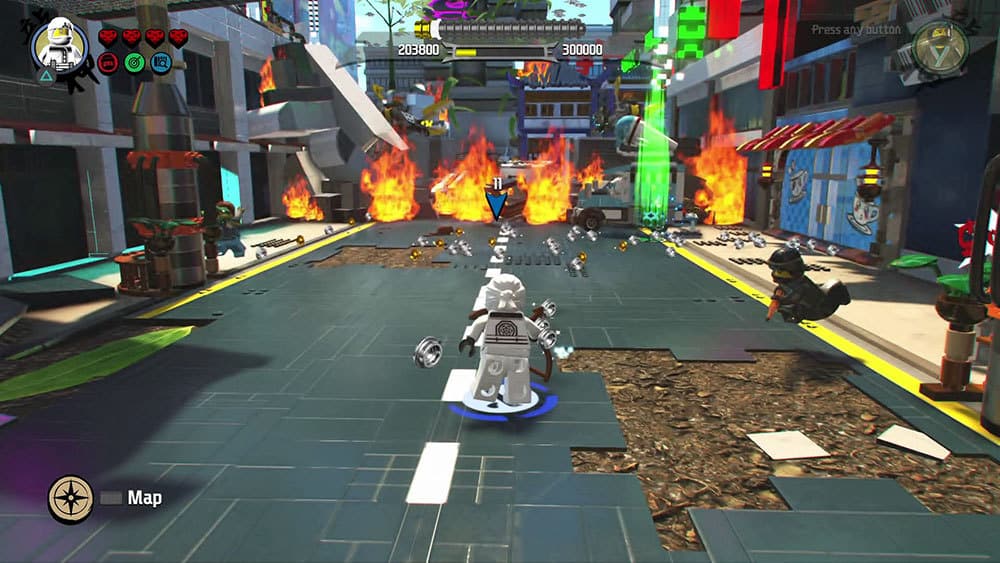 As with all LEGO games, once you’ve done the main story, there’s still some collectables that require your attention in the hub areas.  Alternatively, you can replay levels with unlocked characters who will have certain special abilities to help access areas previously unreachable.  It’s worth collecting the Lego Minifigures, which this time don’t require purchase through studs, but will be unlocked through the course of play.  Much like the recent loot box craze, Minifigures are given in blind packs, which come with the animation of the bag being opened and the character falling out.  Hopefully, this will appease those children, who already have an addiction for Fifa Ultimate Team packs, and parents for the sake of their bank balance.
If that’s not enough content to fill ya’ boots, don’t forget about local 2 player co-op.  Why not share the main campaign with a friend or family member and then annihilate each other in battle mode.  Essentially this is a friendlier version of Call of Duty’s online multiplayer, with modes such as ‘capture the flag’ and ‘battle arena’.
Some drawbacks to the game are the loading screens, which boggles the mind considering the power of today’s modern consoles.  I did become lost during certain puzzles, however, it’s a new mechanic taken from Lego Star Wars: Force Awakens where you have to build two objects from the same bricks.  Obviously, this is a problem for both adults and younger players, but once you’re able to recognise these sections, you’ll quickly forget about the problem they used to pose.
The LEGO NINJAGO Movie Video Game (quite a mouthful when you’re discussing with others!) is a fantastic addition to the ever-growing library of Lego video games.  This is a game that would be perfect for any child who is a big fan Lego Ninjago or has watched and enjoyed the movie, which should hopefully be the vast majority.