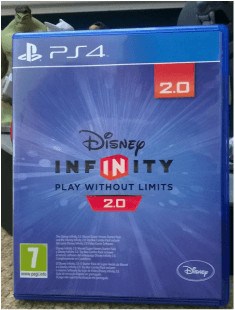 I can’t believe it was only last year that my family and I started playing Disney Infinity 1.0.  Fast forward to last Friday and (like most gaming families) we’re unwrapping  the new Disney Infinity 2.0 Collectors Edition Avenger’s Starter Pack.  So just when you thought your wallet was safe, be prepared take another plunge into the world of starter packs, infinity bases, power disks and play sets!

So what have Disney done to freshen things up in comparison to last year’s experience.  Well for starters there’s the inclusion of characters from the Marvel Universe, which was a wise decision given the current popularity of anything associated with comic book heroes.  My youngest Alison is a bit of a tomboy and currently has a big obsession with the Avengers, so immediately this was very exciting for her.  I would say that if you have any kids that love watching Spiderman or other Marvel TV shows on Disney XD, this is certainly going to make them happy. 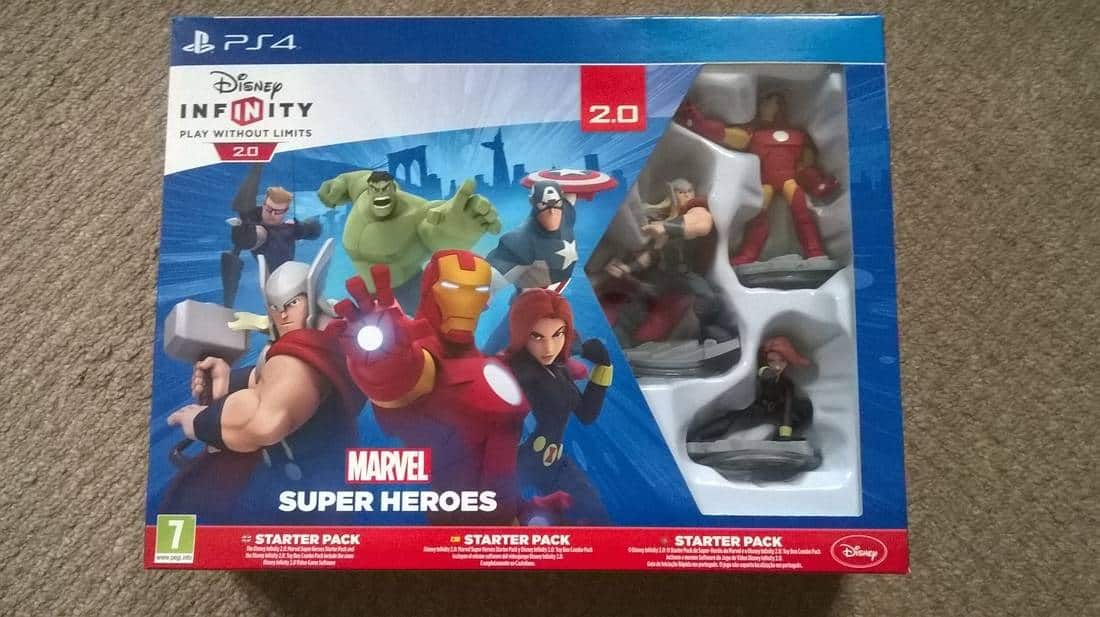 You’ll be pleased to hear that Toybox mode has seen a vast improvement.  Using the many different tools has been made simpler, you can favourite items during big builds, the open world is a lot bigger than 1.0 and it comes with new discs that introduce Toybox games.  Also, you can now create interiors, something which was not featured in the first game.  The girls and I had such a blast creating a mish-mash of cobbled flooring with a ‘tomorrow world’ wall paper.

The combat system has greatly been improved, giving each individual character their own move sets.  Players can now level up their individual character’s abilities by collecting ‘sparks’ and going to the ‘Skill Tree’.  These new abilities are then saved to the figurine, so your kids can go to a friend’s house and show off their stronger character. 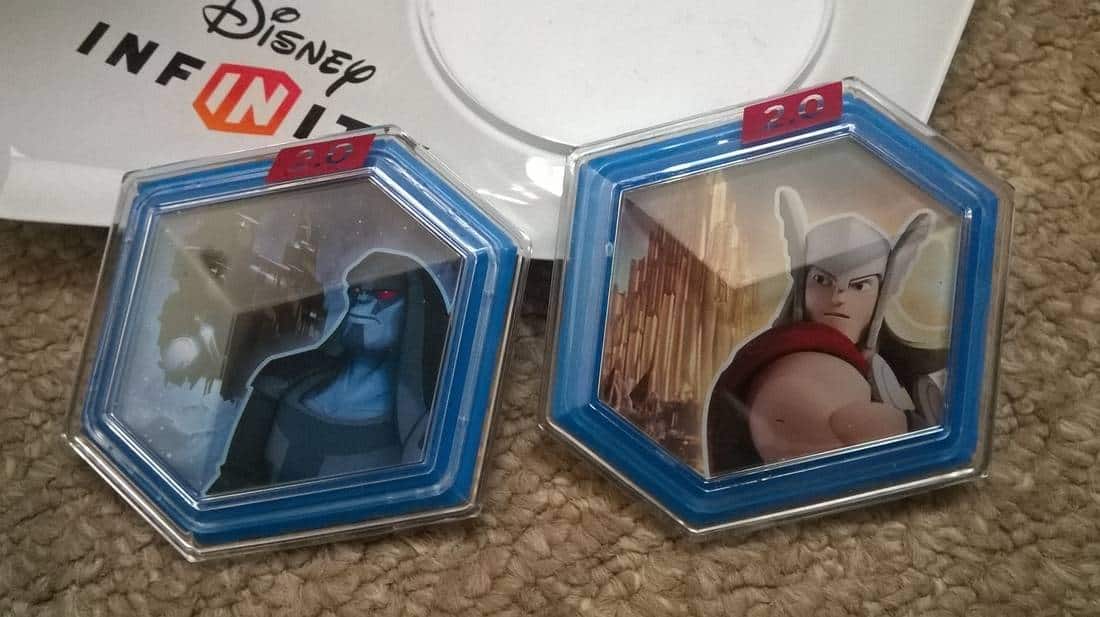 Before you go out though and buy a starter pack for your kids (or your other half), you firstly need to be aware of what’s on offer and whether any figures, power disks and toy boxes from the original Disney Infinity will work with Disney Infinity 2.0.

Because Alison is such a massive fan of the Avengers, we decided purchase the ‘Collectors Edition Avengers Starter Pack’, which unfortunately folks is an exclusive to the PS3 and PS4.  The standard Starter Pack that’s available for Wii U, PS3, PS4, Xbox 360 and Xbox One, comes with: 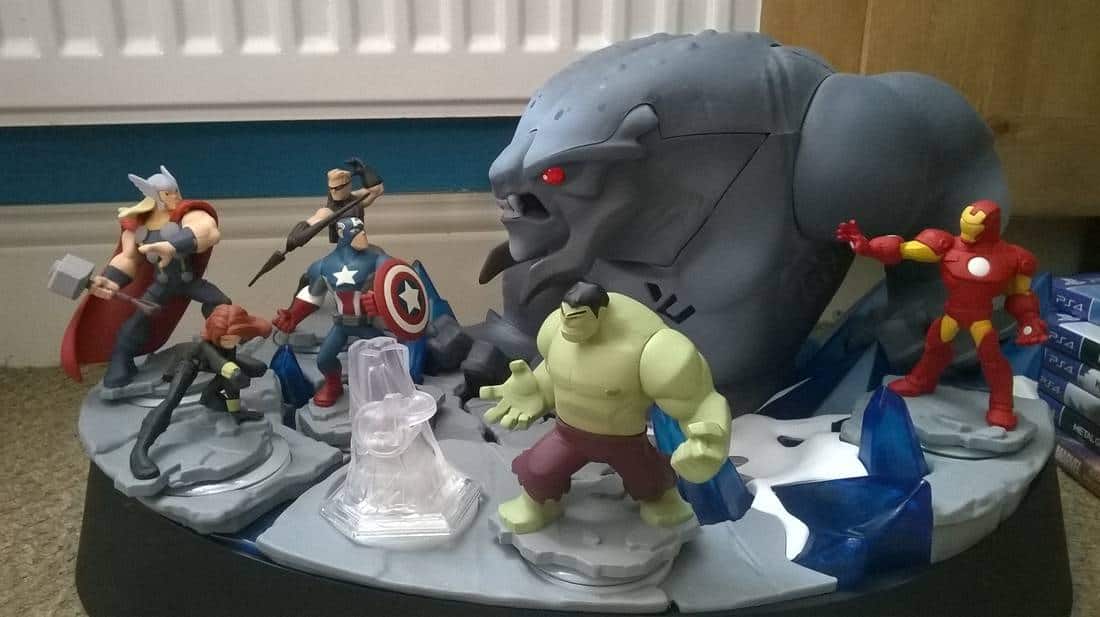 The Collectors Edition has the added bonus of 3 extra figures (Hulk, Hawkeye and Captain America) and a collectible stand of an evil Frost Giant that lights up when you add 4 1.5v batteries.

There is also Disney Infinity 2.0 Toybox Pack, which features the video game, the base, 2 original Disney characters (Merida and Stitch) and 2 Toybox game disks.  So if you’re only interest is playing in Toybox mode, then this may be the starter pack for you.  The Toybox Pack will be available in the UK on the 7th November 2014.

At the moment there only appears to be two playsets available in addition to the Avengers story.  These are the ‘Spiderman’ (includes figure Nova) and ‘Guardians of the Galaxy’ (includes figures Star-Lord and Gamora).  We opted for the Spiderman playset as Alison loves all things Spiderman.  I’ve played through a small portion of the story and found it to be quite enjoyable.  I was surprised to find that if you collect 10 specific character coins, you can then use different Avengers characters in the Spiderman playset.  So now Alison is very pleased that she can use Hulk and Ironman in the Spiderman area. 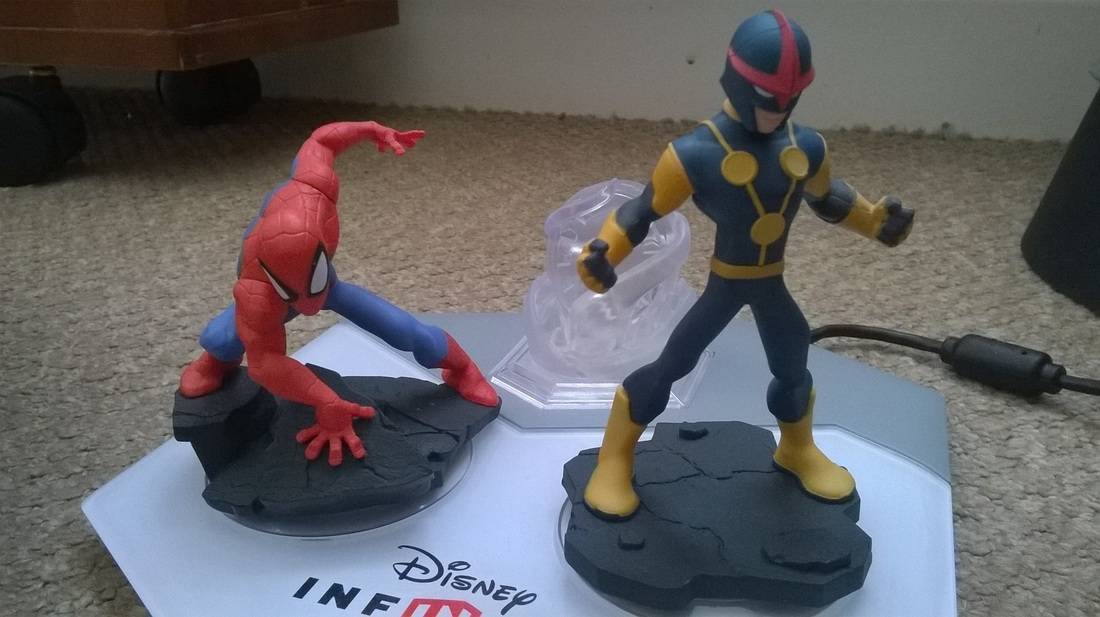 All in all there is a lot of content on offer for your little gamers to have fun with, however, because it’s Disney it does come at a premium.  Hopefully in the above review I have given you some food for thought about which starter pack to go for and what playsets are likely to interest your kids.  Alison and Elizabeth enjoy spending most of their time playing in Toybox mode, which also enables them to use their collection of Disney Infinity 1.0 characters.

Lastly, if you are looking to buy Disney Infinity 2.0 for the Wii U, then you’ll be pleased to hear that you can download the original Disney Infinity game for free from the Nintendo eShop.