Skip to content
Not long ago Nintendo created a bright and colourful alternative for the online shooter genre.  Splatoon was an indication of Nintendo’s intent to venture into other areas with their game development.  ARMS is a game seeking to follow that theme and re-imagine the fighting genre, with the addition of an action packed multiplayer. 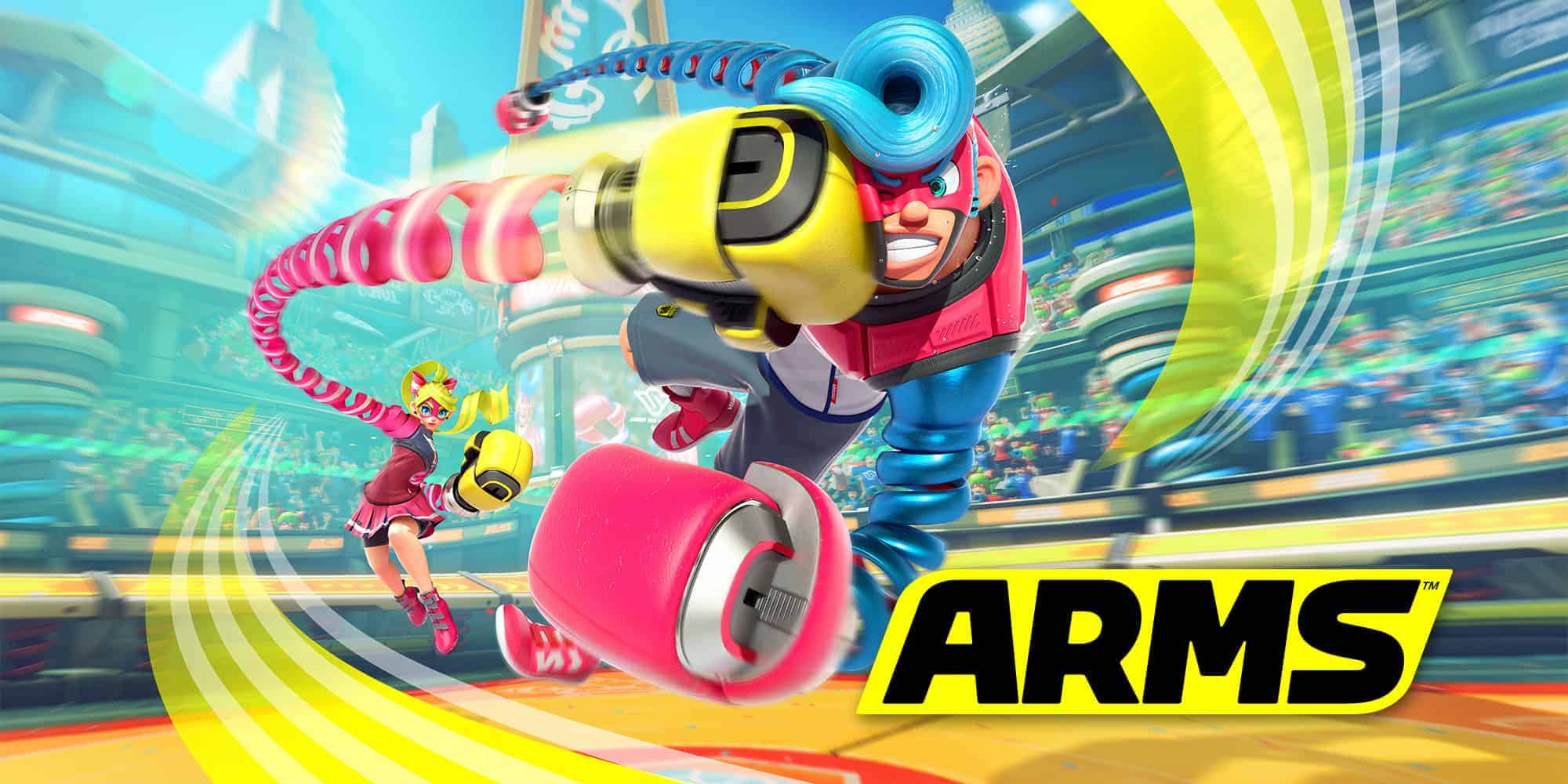 If you’ve ever experienced Boxing on Wii Sports, then the primary control system should be easy enough to grasp.  Hold a Joy-Con in each hand and start practicing your best punching moves.  Don’t be fooled though, Arms offers more than the Wii Sports predecessor, as you can move around the fight arenas with the analogue sticks.  There are also buttons to jump and dodge opponent’s attacks.  Once you’ve mastered movement, throw a punch and steer the gloves with trajectory, hopefully with the right timing you should land a good hit.
All the playable characters resemble humans, but the quirk is that their arms have springs, hence the reason why throwing punches from a safe distance is such a skill.  Each character has a unique style and ability, one that can teleport and another that heals when blocking.  My girls favourite character punches opponents with her pigtails.  Once you’ve selected your fighter, you will have to carefully decide what customised glove you want.  Usually there’s three types, and you can go for both same or one of each.  There are ARMS which freeze, shoot lasers and blow up opponents.
There’s not only 1v1 matches, but other modes to stretch out your arms.  Hoops has to be the most unique and entertaining.  The game is too weaken your opponent and grab them for a slam dunk into a basketball net.  The winner is the one who scores the most points during the time limit.  Next up is V-ball, essentially a version of volleyball where the ball is a bomb, so whoever fails to keep up the rally gives the other team a point.  If you don’t wish to fall out with siblings or friends, 2 players can join forces to dish out some punishment to the computer for some 2v2, or if you have enough controllers, why not turn 2v2 into a 4 player rumble.
If your a traditionalist and motion controls are not your thing, ARMS also works with a normal control set-up, such as the Switch Pro Controller.
If you have a Nintendo Switch or are looking to buy one for the family, ARMS is a must own.  Nintendo have created a game that looks and plays amazing.  There’s fun to be had for all ages and abilities.  Hopefully in time there will be more characters available for download, as the roster is a bit thin first time round.