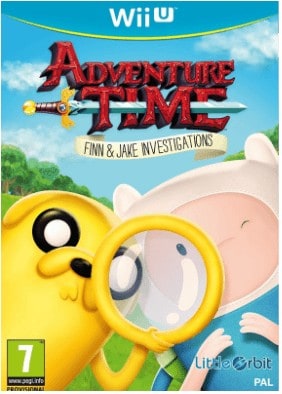 I’m assume that parents reading this review will have heard of Adventure Time on Cartoon Network?  It’s been around for some time, but depending on the age of your children, you may have only been introduced to the series recently (this is the case for my family and I).  The show is such a hit with both children and adults, that it’s popularity has already spawned a few video game tie-ins, which I hear were not too great.  It’s a common expectant when a popular film or TV show release a video game to .  Hopefully ‘Finn & Jake Investigations’ will have learnt from previous experiences and this will be a game both Elizabeth & Alison will thoroughly enjoy. 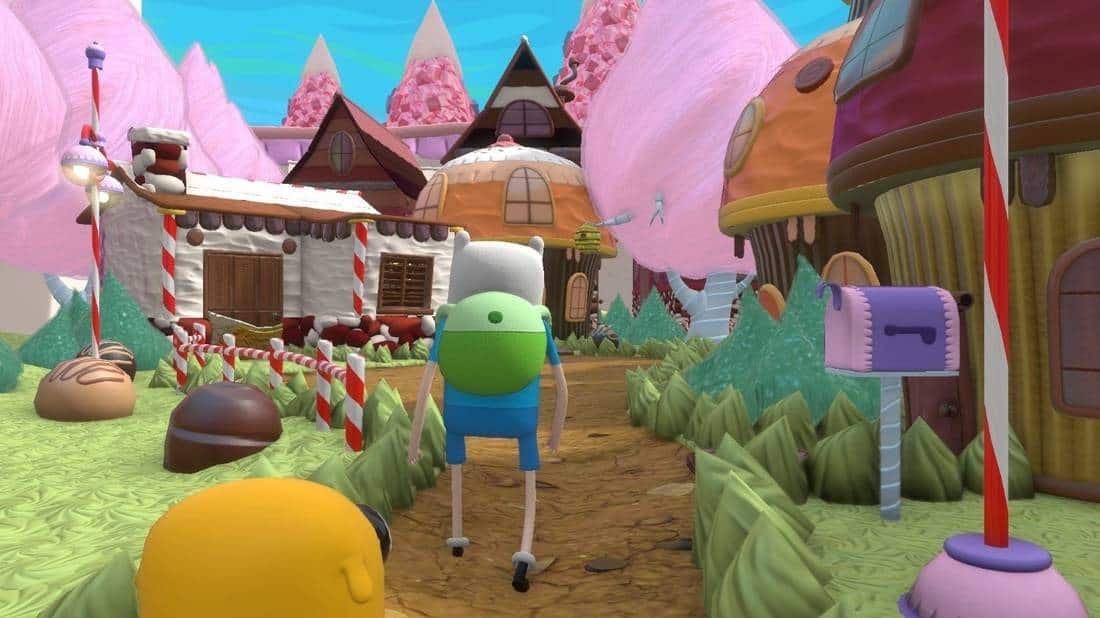 So what kind of game is it?  Set around the sixth series, this is basically a ‘point and click’ kinda game that has five investigations for Finn and Jake to complete.  Walk up to characters or objects in the game and you’ll be presented with on-screen prompts to investigate or interact.  Each investigation is presented like an episode, which are introduced by an alien in space called ‘Cuber’.  You will immediately notice that the game looks very different to the animation of the TV show, but in a good way.  Also, whenever a character speaks the words don’t sync up with their lip movements and there’s a great whopping subtitle box at the bottom of the screen.  A little annoyance for myself, but at least the show’s actors lend their voices to the characters, so the feeling of authenticity is there in some form.  This has got to be a big plus if you are buying the game for one of your children just because they are huge fans of the show.

Provided that you ask the right questions to the characters you meet in each world, listen carefully to what they say and collect the right objects, the accessibility of Finn and Jake Investigations is there for even it’s youngest fans.  It also makes for a great parent/child pastime, which I myself can vouch for, as the girls and I were very much enthralled with the first investigation.  It’s almost like an interactive episode of the TV show, so kudos to the developers for choosing the style of a  point-and-click adventure. 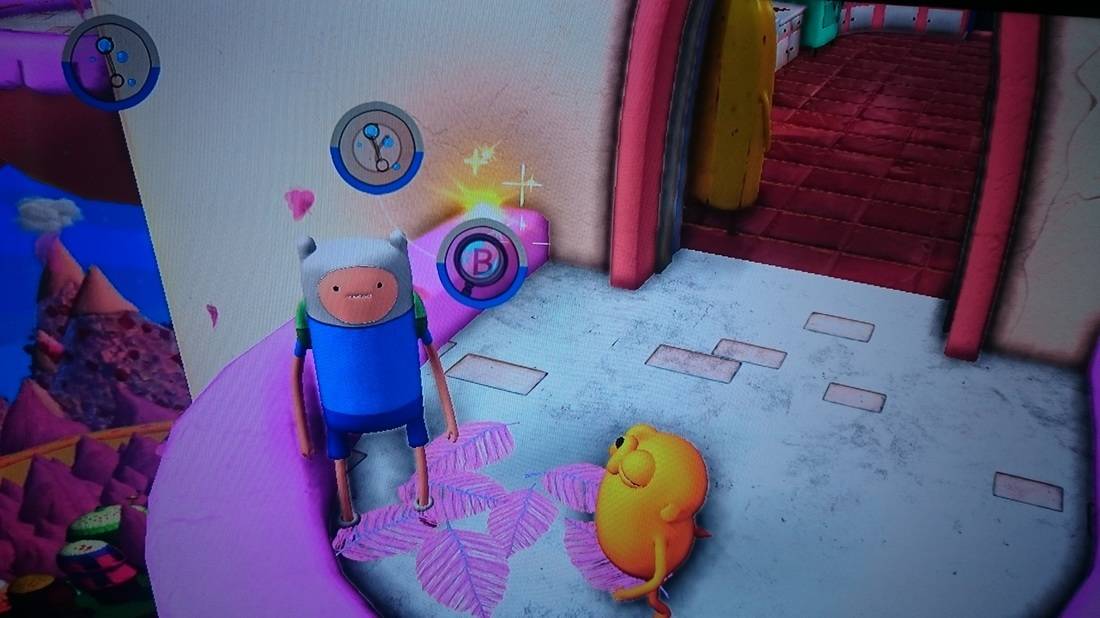 In addition to the point-and-click element, there’s also times during an investigation that players have to fight enemies.  These sections aren’t too bad as Finn uses Jake to create these amazing suits or objects to knock-out.  The fights can be over quickly , which was another plus for Elizabeth and Alison as they felt a sense of achievement each time they survived a few waves of enemies. 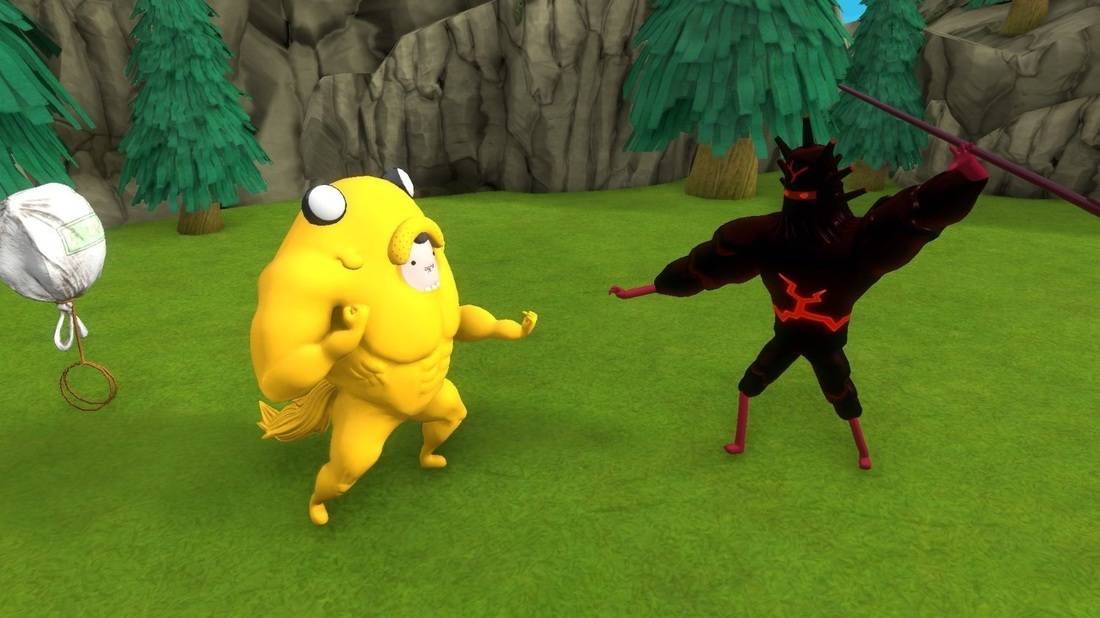 Coming back to the control system, as the girls and I were playing the game on our Wii U console, it would have been a nice addition for the game to allow touch screen interaction on the gamepad.  It’s only a small gripe, but at least you can play the entire game on the gamepad’s screen, which comes in handy when the parents want control of the TV again.  Usable items are cycled through using the trigger buttons, which also gives stretchable Jake as an option, who isn’t a playable character but still adds to the game’s funny dialogue sections. 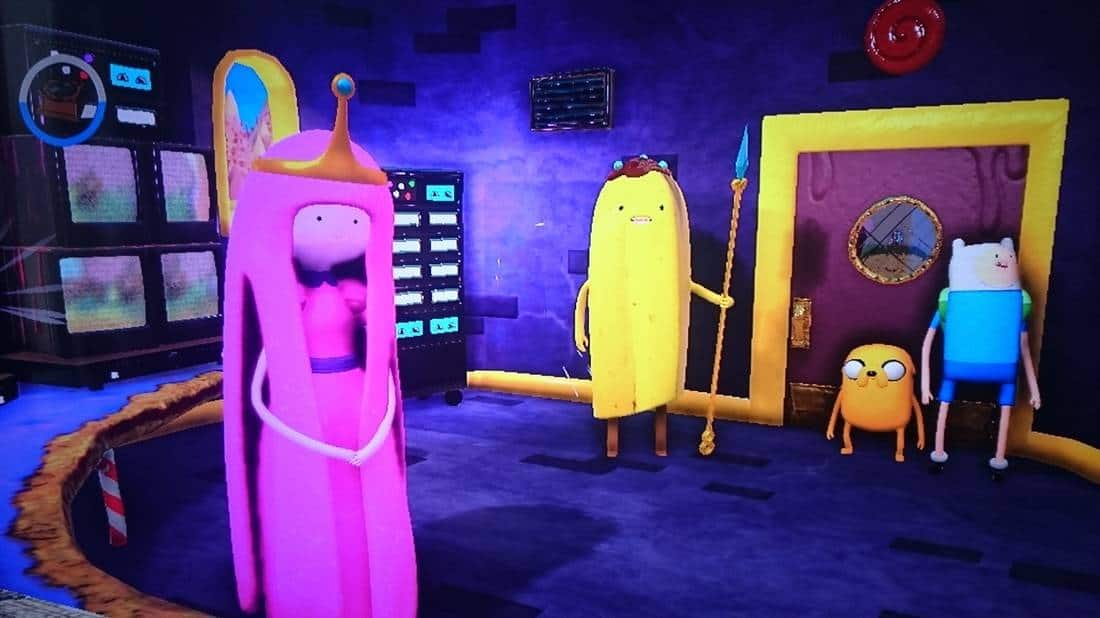 Whilst the presentation takes some getting used to, the game’s creators play to the strengths of the TV show by giving fans the ability to explore the crazy worlds and characters of Adventure Time.  Fortunately for young families this is a game that isn’t too advanced, so you should have a great time adventuring with Finn and Jake.

Finn and Jake Investigations has a PEGI 7 rating and is available for the 3DS, Wii U, PS3 and Xbox 360, for the bargain price of £25 on Amazon.  You can also buy the game for PS4 and Xbox One, however, for some unknown reason it costs an extra £10.