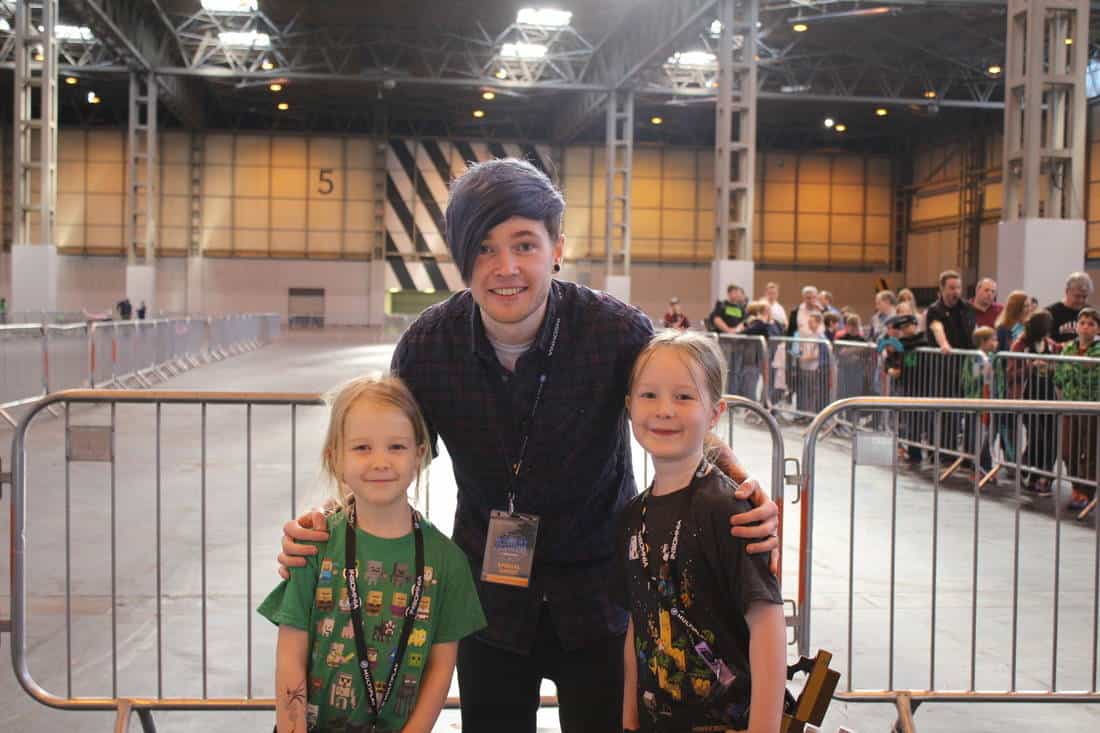 If your kids love Minecraft and youtube then the chances are you have heard the delicate tones of DanTDM blasting from their ipads or heard them talking about him with their friends. In fact, when I met DanTDM for the very first time I didn’t even know what he looked like and instead recognised his voice when he was stood behind me.

So the main question parents have is who is he and why do my kids like him so much and these are questions that I asked myself a few months back. DanTDM is also known as the Diamond Minecart, which is the name of his popular youtube channel. His real name is Daniel Middleton and he has been running the popular Diamond Minecart channel since 2012, in fact, he has just passed the 10 million subscriber mark. He was born in 1991 and started his first youtube channel whilst at university however he has since left that one behind him to focus on The Diamond Minecart channel which has grown rapidly due to the popularity of Minecraft and his child-friendly personality.

Dan posts daily Minecraft videos on his channel and has recently started publishing videos for some more independent games. Dan’s Minecraft adventures vary but he bases most of them around his original characters which include DanTDM, Dr Treyaurus and Grim the skeleton dog. He has been voted Nickelodeon Kids Choice award top tipster for the last two years and has also been immortalised by toy company Jazwares as part of the Tube Heroes range.

As well as The Diamond Minecart channel he also vlogs on the MoreTDM channel where viewers can follow him outside of the world of computers and learn more about his life. My girls can tell you all about his wife Jemma, his two pugs Ellie and Darcie and even his favourite chocolate (creme eggs!). In fact, I think that being personable in this way is why so many of the kids seem to really connect with Dan and look up to him in ways that they don’t with other YouTubers.

DanTDM has been at Minecon and the Insomnia Gaming Festival the last few years and he takes the time out where he can to meet and greet his fans. He has also shared photos of meeting his fans when shopping and always seems happy to do that.

When my girls first started talking about him and watching his videos I was concerned that this person was having such an impact on them but having watched his videos and met him in person I am happy for them to keep watching him. He shows them that if they work hard enough then they can do anything and he also shows them that they can be themselves. It is a tough world out there and if my kids want to look up to DanTDM and use him as a role model then I am happy for them to do so.