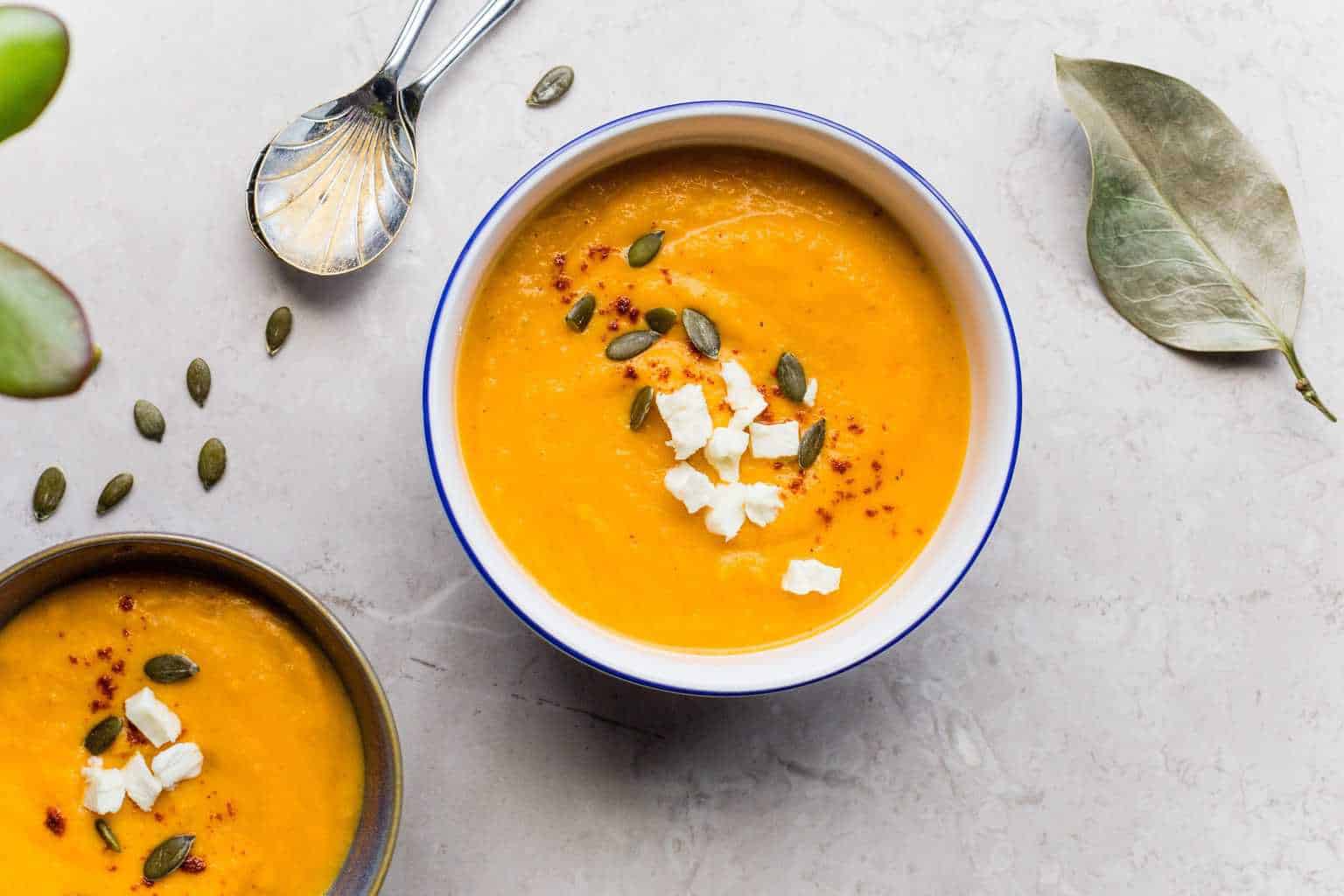 With the arrival of the fall season comes an array of new food choices, including several fruits and vegetables, that offer versatility and valuable nutrients. Foods in season can enhance warm comfort foods that accompany the transition to colder weather. Make the most of the fall before the arrival of winter with hot breakfast cereals, fall soups and slow-cooked meals, desserts and snacks.

Hot cereals such as oatmeal are a simple way to eat a healthy, satisfying breakfast. With colder temperatures outdoors in the fall season, hot breakfast cereals are a favourable option for individuals who require something hearty to start the day. 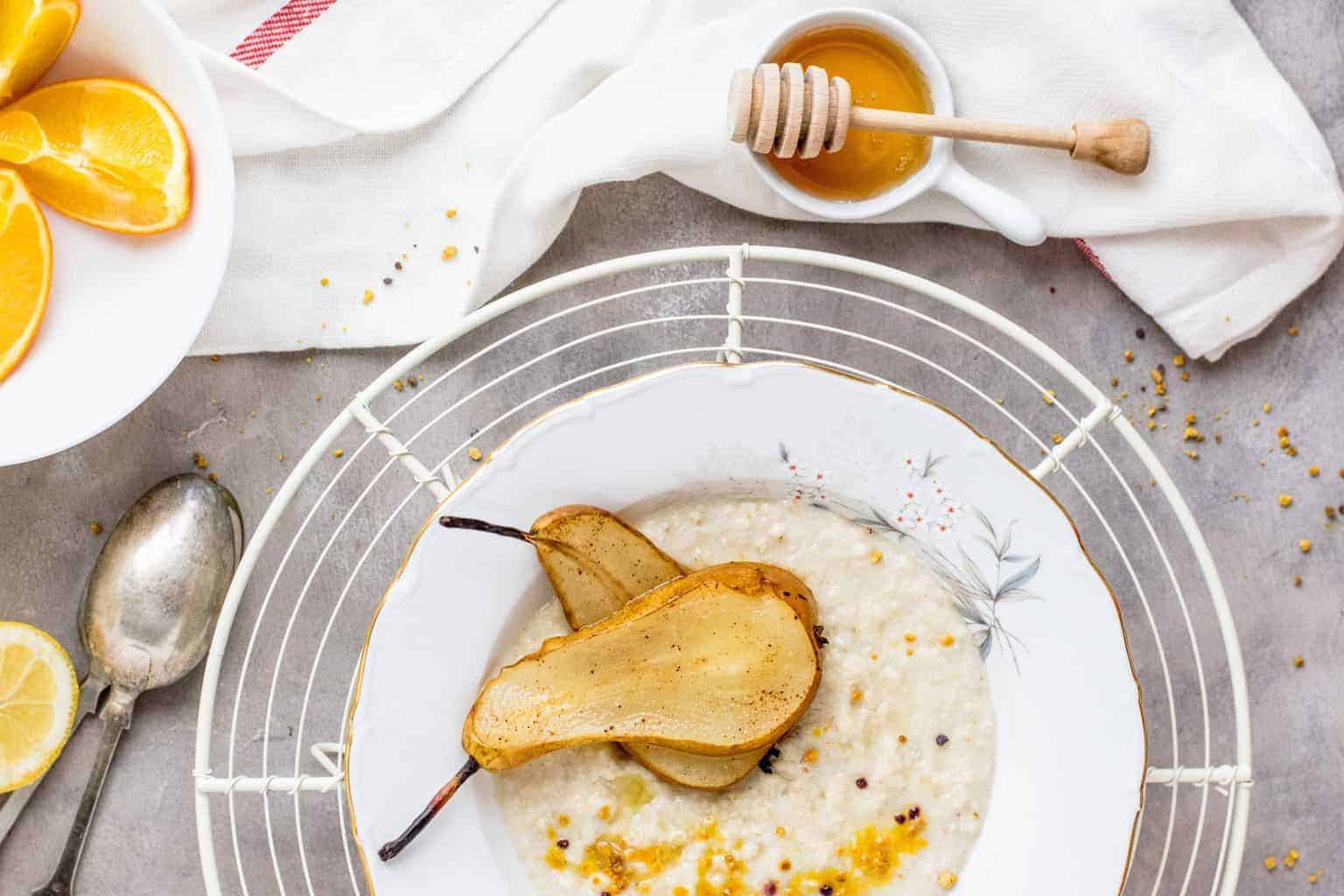 For those who prefer plain options, try regular flavoured oatmeal and add a sprinkle of brown sugar, cinnamon or nutmeg on top. Maple and brown sugar oatmeal is ideal in the fall. You can add your own diced apples, pears, raisins or dried cranberries to enhance the flavour.

In the fall season, people often enjoy a bowl of warm soup for lunch or supper. Soups need not be a time-consuming preparation. There are several vegetables in season such as squash, potatoes, beets and carrots. For a classic soup recipe, these vegetables can be cut and added to chicken or beef broth along with the desired meat and various spices. For something different, try a potato and leek soup, or carrot and leek soup.

Slow Cooker Meals in the Fall

The slow cooker is ideal in the fall when you want to come home to a meal that is already prepared and ready to be served warm. The slow cooker provides several options; not only can you make roasts and vegetables, chilli and soup, but you can easily make something out of the ordinary.

While cranberries may not appeal to many on their own, they can make a delicious addition to pork or chicken in the slow cooker. Similarly, canned apricots can be added to the slow-cooked chicken. Another alternative is to add pumpkin puree or fresh pumpkin to a vegetable soup.

When cooler days and nights arrive, we often prefer warmer desserts such as apple or pumpkin pie, bread pudding with maple syrup, or peach crisp. Pumpkin bread pudding can be made by adding a can of pumpkin, pecans, and spices such as cinnamon, ginger and nutmeg, to a basic bread pudding recipe.

Apples are a large part of the fall season and there are numerous desserts that use them, including turnovers, pies, apple crisp and apple bread pudding. Try substituting fresh peaches in some of the apple recipes. For people who still want to enjoy fresh fruit in season, make a fruit salad using pears, peaches, apples, nectarines, blueberries and grapes.

Fall fruits and vegetables offer a great opportunity to get essential nutrients and have a tasty snack at the same time. Apples, dried cranberries, grapes and pears are a few examples. Try making homemade applesauce from fresh apples in season.

Pumpkin seeds are another fall snack. Try baking them in the oven with a bit of salt and a dash of lime juice. Popcorn balls, caramel apples, pumpkin cupcakes and a mix of popcorn and nuts are other examples of fall seasonal snacks.

The fall season offers a large variety of fresh foods that can be eaten on their own or added to other foods to enhance flavour. Fruits such as apples, peaches and pears are plentiful, as are squash, potatoes and pumpkins. Many of these foods can be prepared in many different ways and offer much-needed nutrition at the same time.